✅ Trip Verified | Boston to Ponta Delgada. Worst experience of my life, bought this ticket because it was the quickest route, they have canceled/changed my flight 4 times in the first 5 hours of travel. My flight will now be a total of 12 hours flying 22 hours of layovers. The staff at the check in is rude and no one answers their contact phone number. I’m trying to work with my credit card to get the cost of the return flight canceled but I think I’m just going to buy a ticket from a reputable airline and cut my losses.
9/10

✅ Trip Verified | YYZ-PDL-FNC. Easy on line check in and baggage drop at Pearson airport. The first leg on a new Airbus was 30 minutes late leaving and arriving but we caught up on the second leg and landed in Madeira on time. The connecting flight was on an old reliable Q400 turboprop. Both flights were full but crew was friendly and the meals were edible. Planes were clean. On the PDL-FNC leg, they even gave out celebratory pastries called malassadas as a pre Carnival treat. 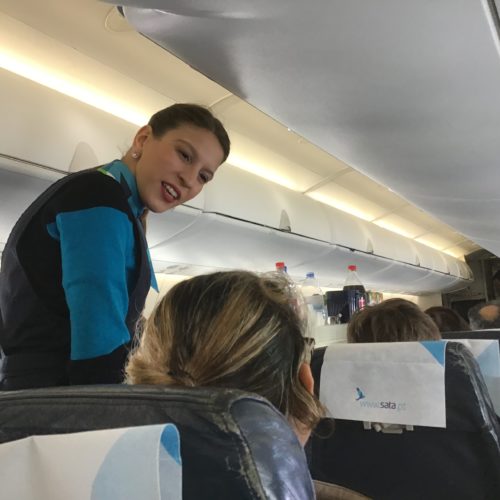 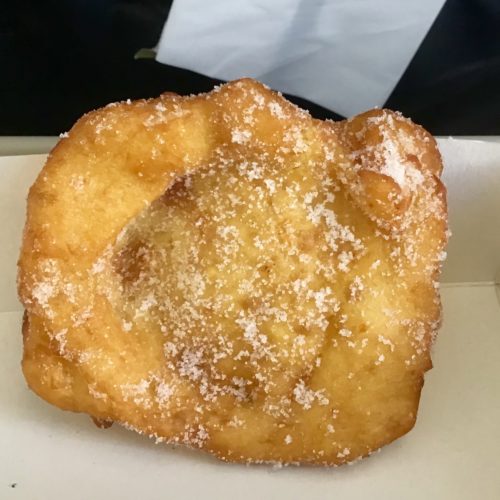 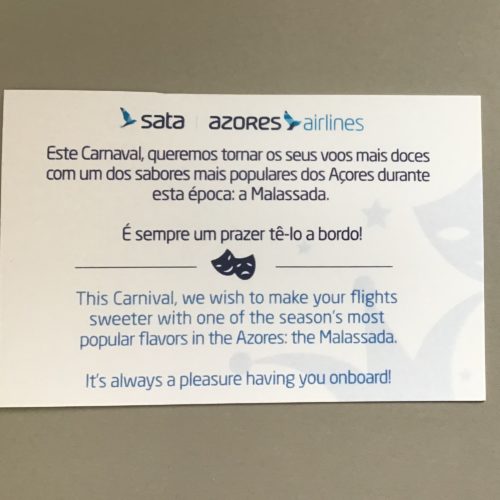 ✅ Trip Verified | Terceira to Lisboa. The flight departed a bit late, thus arriving 15 minutes late. No explanation or apologies offered. Still, the service was very good, staff were great, even when dealing with a medical emergency on board.
9/10

✅ Trip Verified | Santa Maria to Ponta Delgada. My first inter island flight. Boarding went well, staff were nice. The flight was uneventful, taking only 20 minutes. I would advise to ensure that flight magazines are well kept and not torn apart.
8/10

✅ Trip Verified | Ponta Delgada to Terceira. We were told to board and, while in the queue, were advised that there was an issue with the plane. Everyone was sent back to sit, but were kept informed. The plane was some 20 minutes late. Staff were very nice and helpful.
7/10

"not ignore the mistreatment"

✅ Trip Verified | On 26th December I took a flight from Toronto with connecting flights in Porta Del Gado and Lisbon and a final destination of Seville, Spain. Unfortunately the Azores flight from Ponta Del Gado to Lisbon was delayed due to operational technicalities within the Lisbon airport, backing up the airport for most of the day. As a result I arrived in Lisbon minutes before the initial scheduled boarding for my next TAP flight was set to take place, fearful that I would miss it. I received a text message to my phone from Azores Airlines stating that my next flight had been delayed itself over one hour, however, given the timing, I was still cutting it close. Upon arriving at my TAP boarding gate I was made aware that the flight I was set to take next was indeed delayed two hours itself, meaning that I had made it in time and would be able to fly out shortly. After getting to the front of the line awaiting to board, the TAP attendant told me, quite matter of factly, that my ticket had been sold due to my past flights delay, and that my next flight would not be for another 10 hours. Naturally I was shocked, and disappointed not only to spend 10 additional hours in the airport, but for the fact that my plans made in Spain would not take place, losing an entire day of travel. Upon pleading with the attendee she told me that it wasn't her dilemma, offering no consolation and asking me to take it up with the Azores officials, as it was not a TAP issue that my ticket was given away. I then tracked down the Azores customer service department. They told me they were sorry for what had happened, however there was nothing they could do, seemingly confused with the events that had taken place. The representative told me all they could offer me at that moment was two 10 Euro vouchers for lunch and dinner at the airport. I found this an incredible lack of compensation given the loss of a day of travel, 10 hours spent in an airport, as well as no prior communication as to my ticket being sold. After inquiring about my luggage, it was only after my question that she explained to me they had no track on its whereabouts. I was then forced with the task of lining up for nearly an hour to find my luggage from the lost and found, and lining up again to check my bags for my next flight. The next several hours were as one could expect. Not the ideal setting for the first day of one's holiday. The lack of adequate customer service, the lack of communication, as well as the lack of compensation is astounding in my eyes. The fact that I wasn’t made aware of this decision the airline had made for me, especially after receiving a text message previously with an update, is astounding. I cannot believe how I was treated between the two airlines on this day. Compensation in the form of two meal vouchers for a loss of a day of travel, poor service and 10 additional hours in an airport is comical. I have never voiced a formal complaint in this manner, however, given these circumstances I simply could not ignore the mistreatment. I am a frequent flyer and often travel to Europe. This is a very deterring event when considering Azores Airlines in the future. Any sort of response given the situation would be appreciated.
1/10

"we are trapped in PDL"

✅ Trip Verified | Departure flight cancelled, moved back 1 day costing us additional hotel costs. And that was the nice part! On the return, flight delayed 8 hours! We take off, plane unsafe, return to Lisbon, chased down the runway by fire trucks. Sit up all night. Fly to Ponta Delgada early in the morning. No flights to Canada that day. Friday flight may or may not go on Sunday. Now there are passengers backed up as we found out Thursday was cancelled. And we are trapped in PDL. During this 3 days of hell, not only was there zero helpful communication from their staff when they did speak to us it was lies and abuse. I was shoved by one of their staff after we complained about waiting 1.5 hours to get our luggage back so we could go to the hotel. At least that was better than Friday, no hotel, no meals.
1/10

"the worst experience ever"

Not Verified | This airline is horrible. This was my husband and my first time to Portugal and first time flying with SATA Airlines. Not only was our flight delayed 9 hours, but when we finally got on, we took off and circled around then landed back in Lisbon. The reason for the first delay was because of technical issues. Knowing there was a problem they still put us on the plane. When we landed 15 min later back in Lisbon, there were fire trucks surrounding us. By the time we got off the plane and collected our bags, it was 12am Saturday morning. Mind you our flight was supposed to take off originally at 1:30pm Friday. Not only did they tell us we had to sleep at the airport because they could not put us in a hotel, they didn't even offer a pillow or blanket to anyone. We finally took off Saturday afternoon on a different aircraft to the Azores, after spending 31 hours at the airport. We are still fighting with them to get our money back on the flights we then had to purchase on a different airline just to get back to Lisbon. They are by far the worst experience ever. I highly recommend not flying with them at all cost.
10/10

✅ Trip Verified | My first experience with SATA from Ponta Delgada to Madeira was a pleasant one. Check in effective. Flight on time, friendly service, clean aircraft, good coffee. Baggage delivered quickly on the belt. 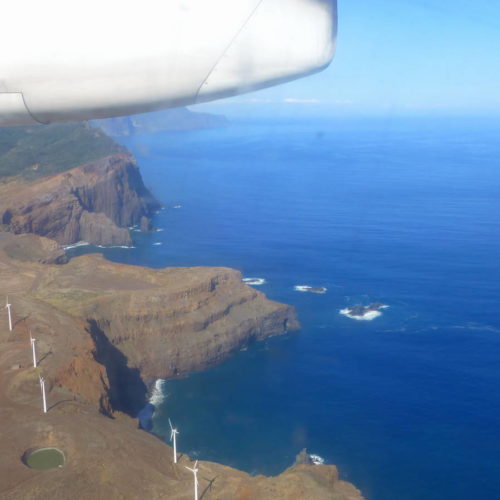 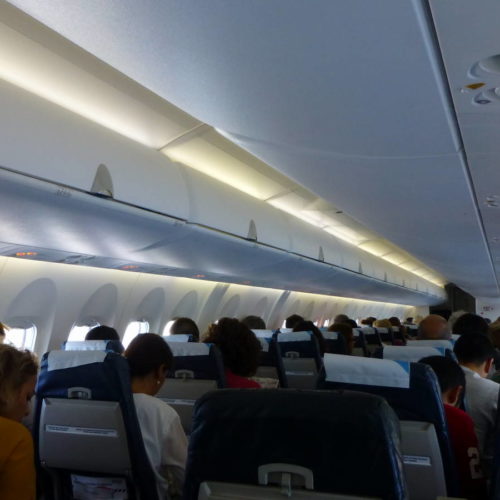