✅ Trip Verified | Moscow to Krasnoyarsk. One of the worst customer service in Russia. An absolutely useless customer service. I was overcharged for baggage fees. I was trying to reach out to supervisor for 1-month through phone and email and the correspondence was extremely slow and absolutely useless. This company reps are very incompetent and rude and still living in the 20th century.
9/10

✅ Trip Verified | It was 2 sectors from Novosibirsk to Vladivostok and then transfer from Vladivostok to Seoul. Baggage was checked-in through to final destination, which is very comvinient. Online check-in via app with cost efficient upgrade fee> (from Vladivostok to Seoul only 53 USD). Food was good. Entertainment system including map, movies, music etc is broadcasting by Wi-Fi to your own device, which is better for my since I can use my own headphones and no advertisement. 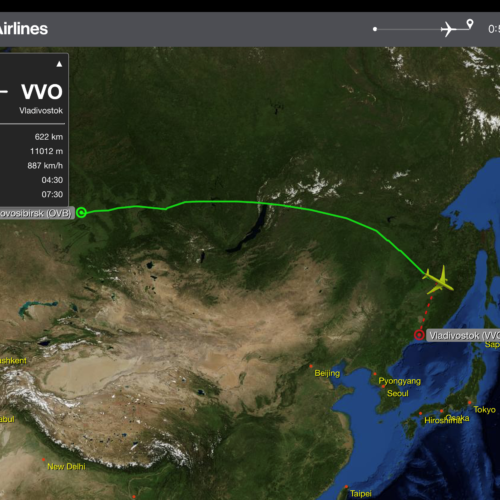 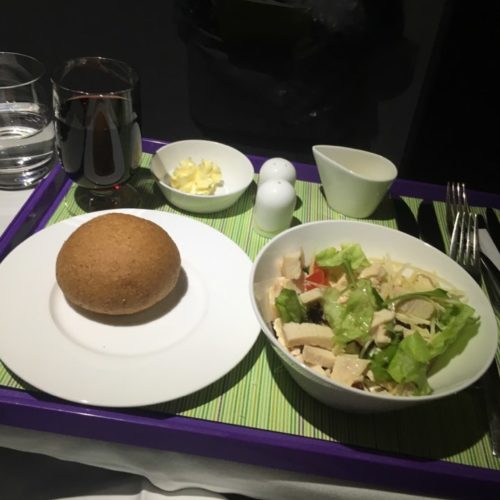 Not Verified | Novosibirsk to Hong Kong. This was my return sector of my trip to Russia. Aircraft was a new B737-MAX8. Flight attendant dedicated to the business cabin. Only 8 seats in the business cabin. Great for making new friends! No lie flat bed, seats very comfortable and plenty of leg room. Flight attendant was professional and attentive. Food was very good.
8/10

Not Verified | Hong Kong to Novosibirsk. My very first trip to Russia, in the business class cabin. The aircraft was a new Boeing 737-MAX8. Service was wonderful. Flight attendant's English was basic but we understood each other very well,thanks to my elementary and enthusiastic Russian I had learnt before going to Russia ! Food was very good. No lie flat bed but plenty of space. Only 8 seats in business cabin so very intimate.
10/10

✅ Trip Verified | I would like to thank the S7 Saratov team for the support they have provided to me yesterday flight (Dec 7th) to Moscow. Due to the travel agency issue, my return flight from Saratov to Moscow was canceled by mistake. I will claim with this travel agency later. What I want to highlight is how professional were the staff members to find a solution knowing that all flights were booked. Finally they found a solution and were so happy to inform me. Yes there were happy! Congratulation to S7 for team spirit and being customer oriented.
5/10

"the price is really low"

✅ Trip Verified | Moscow Domodedovo to Dusseldorf. It was good, I can't say that it is bad, but it wasn't really nice, nice crew, good food, a select of drinks, very old aircraft, and uncomfortable seats. In fact, the price is really low!
6/10

✅ Trip Verified | AER-DME with S7 Siberia Airlines. Mobile check-in was quick and efficient. The aircraft was quite old but the seats were comfortable and had decent legroom. The chicken sandwich was tasty and sufficient for a 2 hour flight. Cabin crew were efficient, though not very friendly. Overall, a decent flight for a good price.
1/10

✅ Trip Verified | Verona to Samarkand via Moscow. Avoid this company at all costs. My first flight was delayed more then 2 hours and I lost my connection in the process. I was diverted to TAS the following morning after a whole night spent at Moscow DME airport, and the company refused to arrange and pay for the ground transport between TAS and SKD. A baggage was lost in the process and recovered only after a week. Finally, it is not possible to contact the company for complaints and refunds, as they accept only written complaints sent by ordinary mail to an address in the middle of Russia. Such a company should be banned to fly inside the EU.
7/10

✅ Trip Verified | Palma de Mallorca to Moscow. Check-in was a breeze. The aircraft was new and clean. Seats were in a 2-2 layout and were comfortable. Cabin crew were polite, professional and efficient. In terms of catering, the Greek salad and the desert were fantastic. A pre-landing fresh apple-cucumber-mint juice was a fantastic touch. Huge kudos to the airline’s creative team. The design of boarding passes, reading and marketing materials and the aircraft livery are definitely making S7 one of the most stylish airlines in the world. Flight delayed by about 30 minutes due to heavy traffic (not the fault of the airline). Hot meal options were mediocre at best. No IFE for a 4.5 hour flight. The ticket price was expensive and comparable to Aeroflot. Overall a pleasant experience with S7 Airlines. Up to its possibilities, the airline delivers a great product in terms of quality. Though, you would expect a lower price tag for what was on offer.
1/10

✅ Trip Verified | Dushanbe to Seoul via Novosibirsk. This was the most disastrous flight experience I’ve ever had with any airline. It’s actually hard to describe all the things which went wrong and the amazingly terrible service I received in just 1 review. But for me it was 42 hours of hell. Firstly, my booked flight from Dushanbe to Seoul was clear (to me) that it could not occur as the first flight was delayed. As soon as I was advised of this I went into the S7 office in Dushanbe to see what could be done and if I’d need to delay my flight altogether or what other action could be taken. I was assured by them that there would not be a problem. When I checked in for the first flight, I again expressed my concern about how I would get to Seoul when the first flight arrived after the departure time of the second flight. Again I was told it would not be a problem and when I asked if that meant the second flight would be held up for me, I was told that it would. I was still not convinced as they checked my bag through to Seoul but could not give me the ticket for the second flight. Again I checked with the lady who was looking after business class on the first flight. Again she said not to worry as there was a chance that the aircraft I was currently in would also be used for the flight to Seoul? Arrived at my connecting airport, Novosibirsk and, as I feared the second flight had already left. The S7 rep there told me that he had told Dushanbe airport that anyone without a Russian visa should not board the plane. Thus, I was stuck at the airport in transit for nearly 24 hours. This is where the real fun began. After 12 hours I demanded some water (had my own up until that point) but was told I would have to wait (but how long I was never told). Ended up being issued an itinerary to fly via Shanghai and was told my luggage would be checked straight through. Then another person started their shift (I was there a looong time); and she said I would have to pick up my baggage and take it through in Shanghai. I expressed my concern with this as I do not have a visa for China but this concern was basically ignored and I guess, deemed as being my problem. Anyway, after being given two eggs for breakfast, I then had to find an S7 person so that I could have some lunch. I was lucky to locate her on this occasion. 8 hours after lunch, no one had come to see me and although I looked and looked, there were no S7 reps in the transit area unless there was a flight leaving so I could not contact anyone. Ended up messaging S7 via Facebook to ask them to get someone to come and see me. About an hour later there was a rep at last. I asked regarding a meal and he said “from what I’m told you have already been served a meal”. I said “yes I have, 8 hours ago. Do you wait 8 hours between meals? No.” So that was that, no meal. And then I did have a lot of trouble getting into China to collect my baggage but obviously that is not S7’s problem as their only mission was to get me off of their hands. The subsequent messages and emails from S7 have been appalling and have also made me realise that everyone was well aware that I should never have boarded the first flight but no one wanted to take any accountability and deal with the problem (which was caused by them!). I’m just getting the ‘sorry for the inconvenience’ line. No accepting of responsibility and certainly no compensation offered (I was also out of pocket for accommodation I had booked in Seoul). Use this airline at your own risk.
11 to 20 of 66 Reviews