"I've emailed again and still had no answer"

Not Verified | On 20 November 2022 the flight from Kigali to Johannesburg was delayed by several hours causing me (and many other passengers) to miss our onward connections. In Kigali I was assured that an agent would assist me in Johannesburg, but when I arrived their desk was empty. I had to book my own hotel and rebook a new onward flight, all at my expense. I have since tried to contact Rwandair by email (one address bounced back and to the other they never responded), by phone (no answer). Finally I asked a friend in Rwanda to go to the office. I got a number where someone picked up, but they repeatedly hung up on me and ultimately only referred me back to the email. I've emailed again and still had no answer. The delay cost me approximately $500 USD.
7/10

"becoming a pleasure to fly again"

✅ Trip Verified | Kigali-Doha 28 Dec. 2022 on a modern B737-800. Ticket issued by the partner airline Qatar Airways (QR): the cooperation is smooth though fragile and not always clear. I checked in in KGL beyond Doha to Bangkok and luggage was kindly inscribed further to Saigon with Vietnam Airlines so I could stay airside in BKK. Denied lounge access in Kigali despite gold status at both QR and BA. That privilege is not clear for economy codeshare flights: this was 1st time out of 4 recent economy flights they have rejected me free lounge access. Security checks when going to gate was nitty gritty and they took every item out of bags. Boarding by foot, 200 m, was a breeze. Given an exit seat while boarding but took the liberty to choose instead the last empty row to stretch out during the night. Flight on time. Onboard, the FAs are stunning, energetic, observant, polite, and truly caring. Call-bells answered throughout. My preordered seafood meal was provided with precision, ease, and care. It was a big portion with wildcatch ocean fish - delicious for economy travel. With pleasure, I also tried other hot dishes offered. Drinks and food generously provided, apparently ad libitum. Food filling and more or less on par with SWISS and KLM business class. It is becoming a pleasure to fly again, but I can fault missing IFE (shared screens/no sound) and WiFi. This aircraft type is extremely noisy. Landed in Doha for tedious embarkation by bus to terminal.
1/10

✅ Trip Verified | After 4 hours of delay, our flight was diverted due to the weather conditions. We waited 3 hours in the plane in Entebbe and they merged two other flights with ours. Of course, no communication. Some elderly passengers were panicked and unaware of the situation. The crew did not care explaining and when faced with complaints, they did not hesitate to mention that Rwandair was the second best airline on the continent. With insisting customers, they made it clear that criticism was an insult to their country, Rwanda. We all landed safely with 8 hours delay.
1/10

"worst airline I have ever come across"

✅ Trip Verified | Worst flying experience ever! This is the worst airline I have ever come across. (And I haven’t even boarded the plane yet) If you are trying to make a trip to see loved ones you haven’t seen since before the pandemic or trying to make it to an important appointment on time (I am trying to do both) DO NOT fly Rwanda air! The customer service personnel are rude (they hung up on me several times, and they choose what to listen to and what to leave out- I was calling internationally to make what should have been a simple ticket change. They claimed I had already made a change to my ticket and therefore had to pay for the change (A lie)- Even with proof provided they chose to ignore this and charged me the cost of another ticket! Furthermore, days before my flight from DC to Harare, Zimbabwe, I received a weird text message from what I assumed was the airline, saying one of the legs of my flight was cancelled- The Kigali to Harare leg. (This is a problem because I have an important appointment to get too upon arrival). I asked the airline if the change was real because I had not received any emails confirming this change, what’s more they are saying the change is real and I will be stuck at my layover for 48 hours! My flight is tomorrow December 9 2022 and because of this change it will take me 4 days to get home. That’s a good chunk of my trip gone! I have been trying to contact the airline for the past few days, losing out on sleep trying to call them in their time zone during business hours. I am very frustrated because management will not help me and frankly do not care. I can clearly see there are flights to Zimbabwe on the day I was supposed to arrive at my destination. I am usually not one to write bad reviews but I want to put this out there to warn people not to gamble their travel plans on this airline. No one will accommodate you. You are on your own! I am never booking them again and will advise anyone considering them to support other airlines that will treat you like a human being in the very least.
1/10

✅ Trip Verified | Flight was supposed to leave on 04 December at 20:30, but delayed due to some technical issues. Passengers were not informed of this until they had been waiting at the gate for several hours. By 00:30, we were then informed that the flight had been cancelled; that were been taken to a hotel and everything will be sorted the following; that we will continue our journey, especially those of us who had connecting flights. I understood that. The plane had a problem. However, the following day, things were worse! When we got to the airport, while trying to check in again, the majority of us were told that our names were not in the system! How can that be? Kigali was not helpful at all, the customer service was practically non existent; nothing was working. 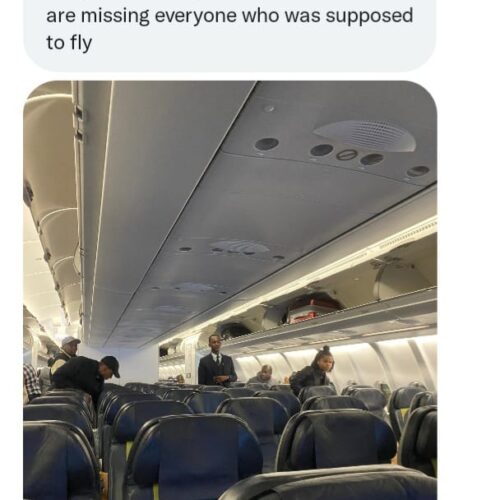 "return flight was then postponed by 3 days"

Not Verified | Flight leaving Heathrow was delayed by an hour. This time was made up in the air. Flight leaving Kigali was delayed by 2 hours for unknown reasons, and then further delays during the refuel in Lusaka, causing me to miss my arranged transport in Johannesburg. The return flight was then postponed by 3 days for unstated reasons, causing me to miss work. Do not use Rwandair unless you have good travel insurance. Next time I shall pay the higher cost for a better airline.
6/10

Not Verified | About the service is been so wonderful in helping us navigate the checking process. Food wise need to improve more. Travelling with a special child is always challenging but with the help of staff it’s been less stressful, and for that I’m forever grateful. Overall service was good.
8/10

"customer care onboard was very pleasant"

✅ Trip Verified | Lusaka to Kigali 12 October 2022. Few days before departure I contacted the airline’s office in Lusaka as the flight appeared not to be to sold anymore and hardly could be full. They answered back within 1 hour and gave detailed confirmed, entire itinerary (incl. coming flights). Check-in counters opened pleasantly early, 3½ hour prior departure, so no queues or waiting time. The man at counter advised on seating and showed me configuration and options on his computer. We selected the best options, though I was later further upgraded onboard to have the most spacious seat in economy. Security, health documentation, immigration took less than 10 Minutes. Their partnership with Qatar rendered me access to Pearl lounge in the terminal. There was some discussion whether I was qualified, but in 5 Minutes after some photocopying, they let me in. The lounge is 3rd party, and acceptable with Wi-fi, hot foods, wines and cold beers. Onboard, my preordered special meal though I had to remind them, and it took some time to avail it. Drinks and customer care onboard was very pleasant, nothing was too much, but it took a lot of time as the FAs discussed and recommended drinks to almost every passenger. IFE was only a flight monitor, but the music channels offered a lot. Had to use own headphones. No WiFi, old aircraft, but well maintained. Good announcements from pilots. Noisy aircraft, this B737-800. Flight on time, we arrived 15 Minutes earlier than scheduled. Luggage arrived before I even passed immigration. DreamMiles to their FFP was given me after just 1 day after landing. Recommended.
9/10

✅ Trip Verified | Excellent service starting from the booking of my ticket - off and on the flight. Really good food. very comfortable seats and keep time. Perfect landing. I will definitely travel with Rwandair again. Airport lounge in Kigali is spacious, nice and quiet and very clean.
9/10

"impressed by the consistency"

✅ Trip Verified | Third time using Rwandair business class to Kigali in the last 5 years and I am quite impressed by the consistency and professionalism of the airline. Recently, I had to deal with the customer service department and was even more impressed by their professionalism : emails answered promptly and perceived issues explained and dealt with efficiently. Nice to see an African airline punching above its weight in this business.
1 to 10 of 85 Reviews