✅ Trip Verified | Terrible service. Travelling family of 7. Flight home cancelled on the day. Family split and rebooked on 2 different indirect flights leaving and arriving at different times. When tried to rebook all on same flight and a direct route (as per original booking) told would have to pay more! Unbelievable. No apology. No complimentary access to lounge whilst waiting around at airport for hours for cancelled and then delayed flights. Finally arrived home hours apart. Will not fly Qantas again.
10/10

"crew members are polite and friendly"

Not Verified | I have always had good flights with Qantas but wasn’t sure what to expect after the criticisms the airline received this year. The direct Perth to Rome flight was no exception. It was incredibly smooth and the staff were so welcoming and accomodating. The crew members are polite and friendly, and go out of their way to ensure you have everything you need. I can’t praise the staff enough.
9/10

✅ Trip Verified | Had not so good experience with Qantas many years ago but tried flying with Qantas this year. Excellent customer service by cabin crew especially Elio (pardon me if the name is mispelled); friendly service to children and family as well as showing great Australian spirit. The crew has made my little one's experience great time flying with Qantas. Will definitely fly Qantas again.
1/10

"Staff were so unhelpful and rude"

✅ Trip Verified | I was travelling with a baby and let me tell you I do not recommend. When arriving at Sydney Airport the lady at check in was so rude. She refused to take my authorized luggage cause she decided I had enough already. When travelling with a baby I am allowed my luggage, a 10kg baby luggage and 3 baby items. I had only 2 baby items but she still refused me the 10kg one cause she wasn't feeling like it. Lucky I was travelling with my sister and her baby too and the lady that checked her in let her take my luggage. Then on board, well again had to deal with staff abusing me. When I booked my flight I paid an extra $40 to have a bassinet. I was allocated the seat but once i arrived on board the staff asked me to change my seat with a guy. At first I refused and said I paid for my seat I shouldn't be the one moving. Then the staff starting to threaten me saying they spoke to the captain and the flight will return to Perth and they will take further action if I don't move. I let you imagine my state of mind with a newborn baby in my arms and having to deal with that. Staff were so unhelpful and rude and didn't care. I finally moved cause i had no choice but said I want to be refunded for the extra cost I paid, which they say 'yes of course contact the company they will refund you'. I flew in June and I am still waiting to get a refunded. When calling the customer center they either hang up on me or they are saying that seats can be changed on the day there is nothing they can do.
1/10

✅ Trip Verified | I recently used the "Thank You From Qantas" promo code for $50 that was emailed to me. I had to cancel this flight, and rebook another, but in cancelling the flight, the promo code was not reissued, and the existing promo code no longer worked. I have since spoken with a customer service representative on the phone, who told me that once used, promo codes cannot be used again, even if the booking is cancelled. I then asked if another one could be issued to me and she said "no". Not exactly the "Thank You From Qantas" I was expecting. Another example of Qantas customer service going severely wrong.
4/10

"they do not put passengers first"

✅ Trip Verified | Waiting at the gate, there seemed to be no staff around. Even after our allotted boarding time. It seemed that there was a shortage of gate agents, overhearing a grounds person talking on the desk phone when it rang. There were no updates at all, not even a delay update. Eventually after an hour we were finally called to board. Bit of a mess, economy were standing in the business line plus economy line, no one cared. Especially towards the back, there were a number of empty rows. It was a very old plane with engines mounted high near the tail. After another delay to take off, the noisy engines started vibrating and roaring but were off. We had cheese and crackers which was fine. It was nice to see the magazine back. For the most expensive option here 'Qantas' they really do not deserve being anyone’s first choice, as it is blatantly obvious - they do not put passengers first, only themselves. I need to try Rex. 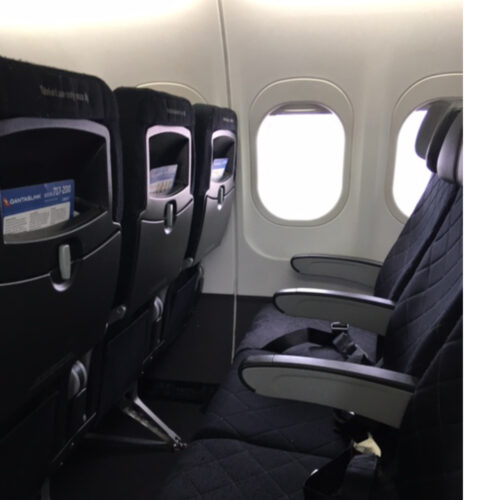 "Have been a loyal customer, not any more"

Not Verified | Qantas has become a substandard airline that treats it customers deplorably. We were travelling with small children and a disabled person for a family holiday. Qantas delayed our flight by nearly 4 hours with no support or help. When trying to call their so called help centre was on hold for nearly an hour with no help offered, just oh well tough luck. We missed out on our first day of the holiday with great financial loss and heartache. Qantas are very greedy and arrogant. They want their money but are happy to take their customers money under the false pretence of you are going to get what you pay for, good service and a flight that leaves on time. They are a joke. Have been a loyal customer, not any more. We will be looking for other options.
1/10

"We shan't use Qantas again"

✅ Trip Verified | We booked a round trip Premium Economy Per - Lon - Per. Apart from a broken table in seat 23A the outward leg was fine good food, good service good everything that is where the similarity ends. The return leg on Saturday the 17 Sept Flight QF10 could not have been so different. We were called to board and I went to the boarding gate along with my partner and other Premium Econ passenger. At the gate i was told I wasn't wants. I explained we had been called and was told "Yes but not you" we were directed to go stand in a corner with two other passengers, our passports and boarding passes were taken from us by an individual who did nothing with them. Shortly thereafter the Qantas duty manager appeared and spoke with one of the other passengers that were cast aside, The passenger was advised her Premium Economy seat was inoperable and could not be reclined, she was offered the option of a $500 USD credit, or a re book in a weeks time. We were then spoken to and the issue was the same an inoperable seat same offer $500USD or wait a week. The refund was made while arguing with Qantas the manager was only interested in missing the slot. We were advised the Purser would come speak with us, he didn't. For 17 hours my partner endured the privilege of sitting in a seat that did not recline therefore could not sleep. Of the 28 seats in Premium Economy 3 were inoperable. We had a vacant seat beside us. We did not receive the welcome drink that might have cooled tempers then there was the meal issue, 3 options were stated on the menu, the vegetarian option wasn't available at all, by the time that had served the first few rows the 2nd option a Vietnamese Chicken salad was gone, we were advised they only loaded 6 of these for Premium Economy that left us with the only remaining dish a very tied overcooked grayish beef stew. If Neil Perry put his signature to these dishes for Qantas then he hasn't trialled them in a longtime. The food was disgusting so much so I passed on breakfast. Back to the broken seat as there was a vacant seat in the row I opted to move into it so that my partner had the benefit of a reclining seat. Shortly thereafter the cabin staff member advised rudely I had to move as the seat was reserved for "crew rest". I explained the broken seat and the fact I had paid $6000 AUD total for my partner and I to fly "Premium Economy" and that it wasn't for the privilege of sitting in a broken seat for the next 16 hours. She couldn't have cared less Overall the flight was disgraceful a broken seat, disgusting dinner and a dirty aircraft. We shan't use Qantas again.
1/10

✅ Trip Verified | Flight delayed 3 hours due to wheel change, missed my connection. Guy at destination writes 2 flight numbers at the back of the ticket and hurries me along. One day later i come to airport to find that I'm not flying anywhere, go to Qantas stand - its empty. Call them by the number, they say i flew the day before to Ho chi minh. I ask the employee on the phone what do i do now. She says something along the lines of better luck next time.
1/10

✅ Trip Verified | I recently flew from Sydney to Melbourne and was hungry. Customers were being served a meal - a trio of pies, however I couldn't eat this because of the meat. Qantas does not provide any alternative vegetarian meal options, which means they are okay to make some of their customers go hungry while others are eating around them. I was offered a small pack of rice crackers but they taste like stale cardboard, so makes the experience even worse. Very unfortunate that this airline chooses to discriminate.
1 to 10 of 1677 Reviews