✅ Trip Verified | This booking occurred at short notice, due to late notification of annual leave availability (3.5 weeks) Our usual airline was too expensive for a family. Philippines airlines charge passengers for seat selection other than window seats. This aircraft is configured in economy in a 3-3 seating plan. Check in at Melbourne International was excellent. All passengers were informed while waiting of the documents to present at check in, due to Covid requirements in the Philippines. We had a problem with one of our passports, but this was resolved with the check in staff phoning the passport issuer. The flight was late boarding, with no apology, followed by a late departure. No water was provided prior to the meal service. A dental kit was provided. Lunch was the main meal service for our morning departure from Melbourne. A choice of two mains with a choice of basic drinks. Passengers were asked to close the window blinds after lunch, which I thought was unusual for a daytime flight. There was turbulence after lunch, when the turbulence had subsided, the cabin crew didn’t come through the cabin to see if anyone needed more drinks etc. There was a snack and drink provided about 1.5 hours before arrival into Manila. There were no other snacks or other drinks provided during this 8.5 hour flight, unless you used your call bell, or physically when to see the cabin crew. Wifi was available, but very slow speed, and without a constant signal. Inflight entertainment with a t.v screen in every seat, but with very limited new releases. Cost effective flight when travelling at short notice, but with disappointing cabin crew service, and basic meals.
2/10

"got a seat in the very last row against the wall"

✅ Trip Verified | I arrived 2 hours before my flight to check in and they told me it was oversold and I'd have to wait on standby. I eventually got a seat in the very last row against the wall so there was no recline (not that I'm sure the other seats could recline). This is the first international flight I've been on in years without in seat entertainment. No screens at all. Also the first time I've seen rows of seats where the armrests have literally fallen apart. The only redeeming this is that their car crew were very nice.
2/10

✅ Trip Verified | Manila to Ho Chi Minh City. Picked a 6.40 flight from Manila to Saigon to connect with business hours. (International) Flight got delayed to 8.10 due to late arrival of transfer passengers. Which is an unacceptable reason especially knowing flight time for domestic flights. On top of that boarding process was delayed again for a other 40 minutes due to arriving passengers. As a business traveller this is highly disturbing and unreliable. Transferring passengers are being favoured over direct passengers. Last time with PAL. This adds to a long list of problems I had with them.
9/10

✅ Trip Verified | Domestic flight MNL-TAG and back. Perfectly on time on the way to TAG, on the way back 40 mins delay due to airspace problem in MNL. Snack and drinks have been served, staff were nice, aircraft was clean and in good condition. Check in efficient. Can't expect much more on domestic flight.
2/10

"We will not fly with them again regardless of price"

✅ Trip Verified | The staff on board the flight were exceptional. However the transit staff were terrible. My bags went missing for 2 hours. We were ushered to an underground transit lounge and made to sit in plastic seats for 3 hours as their lounge was full. Our flight had been cancelled and we were made to wait inside the airport for 24 hours. Not the transit experience anyone would want. We will not fly with them again regardless of price. It’s too stressful. 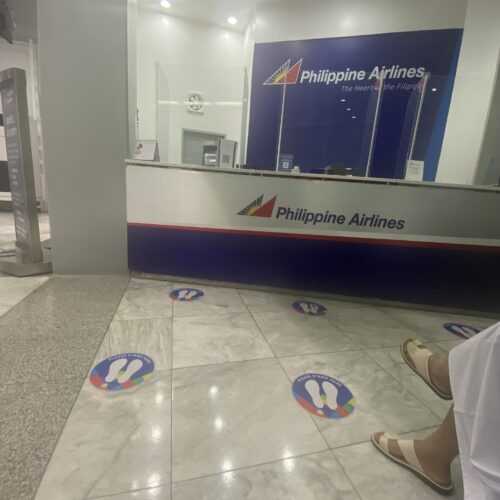 "I find this inconsistency unacceptable for business class"

✅ Trip Verified | Terrible service, and this is from experiences with both my legs between LAX and MNL, so this is no fluke. First leg from MNL to LAX - I was one of the first to be seated but was one of the last to be asked what I wanted for my meal. As a result, I was not able to get my first of the three options available and had to settle for the second option. In the end, I was served something I didn't order. Besides that experience, I slept most of the flight. Other mentionables, the plane was old, media availability was pretty bad, and the bathroom smelled by the end of the flight. Second leg from LAX to MNL - This time I was also one of the first to get seated but was the last person they asked for what I wanted to eat. As a result, they were already out of the first two options I wanted, and had to eat whatever was left. However, the attendant said she was going to make it up to me by giving me the first choice on breakfast. I know both meals were ordered at the same time, how did I get the first choice? This was a bit of an insult. Plus, I was forced to eat pork for dinner, so I couldn't go with my first choice of pork for breakfast again. In the end, none of the meals I had I wanted. There was also very inconsistent service on this leg. I was not given a snack or dessert, which comes standard. I find this inconsistency unacceptable for business class. Also, mid flight, I requested for a drink and snack, and it was forgotten. I had to get up and help myself, then I was served. Luckily the plane on the second leg was new, but the media was still bad. In summary, don't pay for business class with PH airlines if they are charging the same as other premium airlines, the value isn't there.
2/10

Not Verified | I purchased my tickets 4 months in advance. The outbound flight was uneventful although there was a minor change in the flight schedule. On the return trip it was a nightmare. Two days before the return trip, I was notified that there was a major schedule change. Instead of going non-stop from Manila to Los Angeles, Philippine Airlines stated that there would be stop for fuel. The reason I did not discover until the aircraft pulled up to the terminal. There is a distinctive difference between the 777 and the A330. The aircraft that trip was an A330. The 777 has a fuel endurance of over 15 hours. The A330 can fly for 11 hours without refueling. This is a scheduled non-stop flight. The passengers were told that the aircraft they were using has payload issues. I asked the ticket agent if there was any chance I would miss my connection with American in Los Angeles. She said there was no chance I would miss my connection. The stop added three hours to the trip. We departed the gate 45 minutes late. The Captain stated that we would easily makeup the lost time while enroute. So, we land in Los Angeles. I had 30 minutes to deplane, walk 25 minutes to Customs, 45 minutes to clear customs, collect my luggage and walk 30 minutes to the connecting flight. Needless to say, my connecting flight departed while I was waiting to clear customs. The ticket agents at Los Angeles were responsible for rebooking me onto a flight the next morning, getting my family a hotel for the night. I was furious and extremely exhausted. I'm sure I came across on borderline pest. I remember stating "You created this mess. You need to fix all of this". Lie after incompetent decision making after lie. I don't know what I was thinking when I bought these tickets. My other big mistake was combining a domestic flight with an international flight.
9/10

"Overall it was a good flight"

Not Verified | Beautiful morning flight from LGP to MNL from the newly opened Bicol International Airport. Flight left a bit early, arrived ahead of schedule which worked on my favor as I had onward connection. Had an amazing view of Mayon Volcano along the way. Small pack of mixed nuts and water given in the short flight. Overall it was a good flight. Crew did their job well.
9/10

"The flight was uneventful"

✅ Trip Verified | The check-in was seamless and quick. The flight boarded and departed on-time and arrived early. The flight was uneventful and I felt safe. The snacks offered are sufficient for a quick 45+ minute flight. The only mistake that happened was when one of the flight attendants announced to 'prepare for takeoff' instead of 'prepare for landing' when we were descending towards our destination. 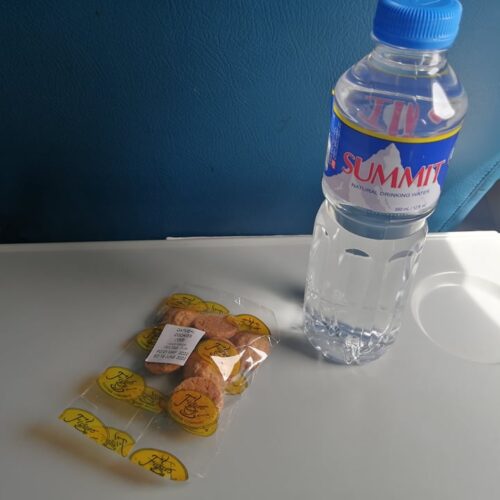 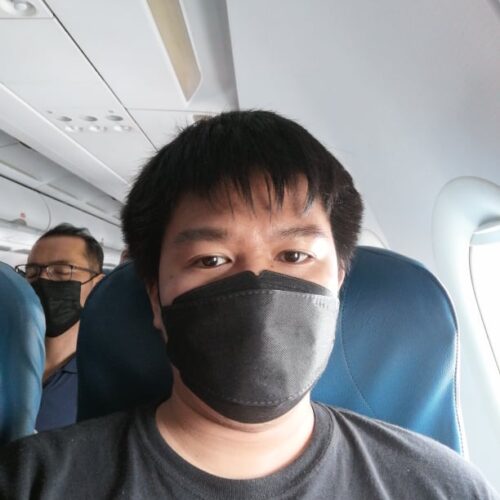 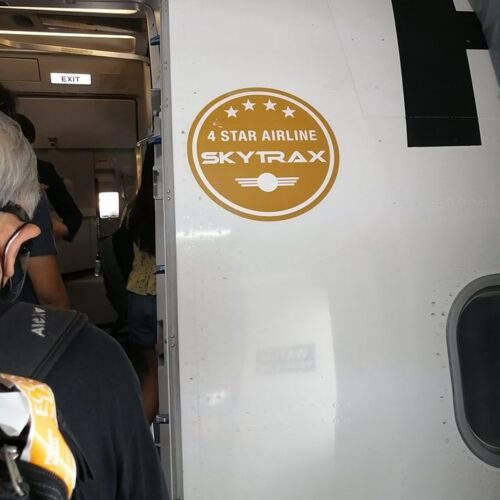 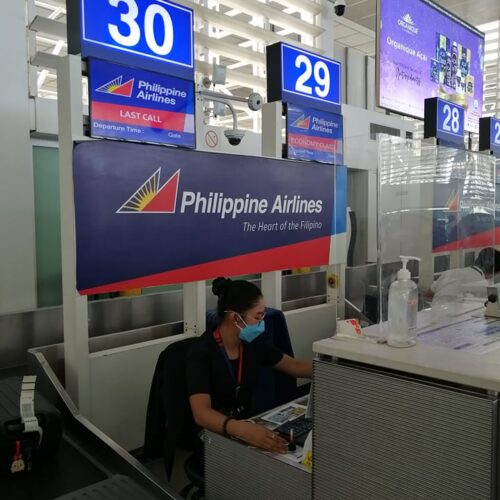 "What a bad customer service"

✅ Trip Verified | Trip didn’t run smoothly starting in NAIA passenger lines were disorganized, one line was irrelevant where they need to open your luggage just to disinfect/wipe only the top item , then fall in line again for check in your luggage where we learned that you have to claim them at Los Angeles if you have connecting flights. The flight was delayed for over 2h, apology was announced but one of the crew member was not saying that it’s our choice to take this airline. What a bad customer service!
1 to 10 of 737 Reviews