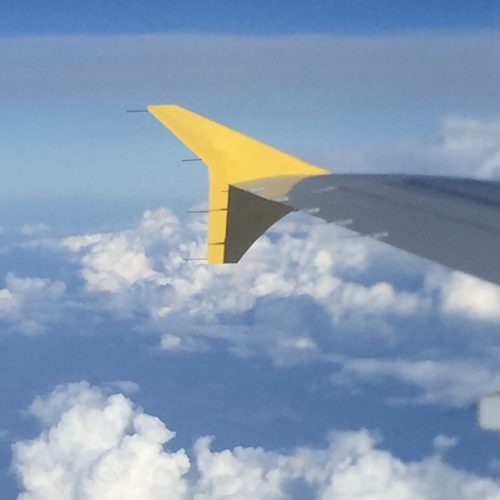 Flew Gatwick to Tenerife with Monarch. No negative reviews, don't usually use Monarch but will consider them for future flights. Good service, excellent cabin crew. Food was was good and the drinks trolley came around twice. Extra leg room was brilliant, I am 6ft 5ins tall and felt very comfortable in these seats.
1/10

"we were allocated different seats"

Information if you are travelling with children we are a family of 7 (5 adults and 2 children). We always prebooked and paid for our seats to ensure we sit together. Our outward flight to Palma was fine we sat in the seats booked, not so lucky on the way home. We were allocated different seats, 3 in the booked seats 3 moved 3 rows back and to our horror one of the children had been seated across the aisle inbetween two strangers. I queried this at the check-in desk and was advised our seats had been changed by Monarch so we could not sit in the seats we had pre-booked and would need to contact them re the change. The most distressing thing about the re seating involved the lack of concern they had for children’s safety as they seated my grandson separate to other members of our family even though there are 5 adults he could have been with. With the cooperation of the other passengers we changed my grandsons seat so he was sat with his brother and a very distressed mother. I emailed them for an explanation as to why our seats were changed and a child separated from the family. Their first reply took 2 week and was a standard business reply with no explanationI then emailed back as I was not happy with the reply and again asked for an explanation. The second reply took 17 days and still they had no explanation as to why the seats were changed as it was not their policy to separate family’s. I will never again travel on Monarch with children as I don't consider them a responsible airline.
1/10

Manchester to Lisbon. Delayed baggage for two days. Paid for suitcase to be put in the hold and it was not sent until 2 days later. Monarch's policy for delayed and lost baggage is totally inadequate. They will not even refund the cost for placing the baggage in the hold.
10/10

We flew with Monarch Airlines for our holiday from Gatwick to Tenerife South, and on our return journey I was taken ill. The cabin crew were very good they came to help me straight away and called for any passenger that was a doctor to please come forward. My body was shaking and this frightened my grandchildren, so another crew member took them to the back of the plane so they could not see me. When we landed everybody was held back from getting off so a paramedic could come and see me. Whilst the paramedic was seeing to me, the Captain came back to see that I was ok. I would like to thank all the crew for how they handled the situation.
1/10

"charge for a service then fail to deliver"

I paid for priority check in and priority boarding for me and my partner on our outbound flight from Birmingham on 26th June and our inbound flight on 3rd July. At Birmingham we ended up going through the normal check in as the priority check in was busier and in Palma the priority check in lane was full of normal check in passengers and if my partner hadn't complained to the check in staff we would have had to line up with those that hadn't paid. Even then we had to wait behind a large family that had commenced check in although they hadn't paid for priority. At boarding the staff member just allowed anyone through onto the plane even though he had used his tannoy to state that priority boarding passengers would be loaded first. Monarch offer and charge for a service then fail to deliver. It is one big scam.
9/10

Travelled today on a short flight into Gatwick form Verona. Crew first class, courteous and offered good inflight service. For a so called low cost carrier Monarch reigns supreme in all aspects of customer care. It is a pity they do not operate on some longer flights. Keep up the good work.
9/10

"pleasant experience and would use again"

✅ Verified Review | Preveza to Gatwick with Monarch. Boarded on time, staff in Preveza extremely helpful and pleasant. Seats towards front of cabin have greater leg room and were comfortable, aircraft clean. Staff a little distant, though polite and professional. Drinks and snacks offered for purchase, usual good selection from low cost airlines. All round a pleasant experience and would not hesitate to use again.
2/10

✅ Verified Review | Flight ZB 3593, 20th June had been delayed arriving in Naples due to baggage conveyer / manning problems, arrived in Luton from Naples to find that the stairs were not available to unload the passengers? After 20 minutes managed to disembark to then find that the passport control was in a total mess/mayhem, the system to separate non e-passport holders and e-passport holders was a joke. We then found that the electronic system was only correctly operating 60% of the time, the staff were clearly blaming the passengers and were displaying a clear nonchalant attitude (the e-system in Naples worked perfectly). We then proceeded to get our cases and realised that there was no sign of our cases, in fact a previous flight from Malaga had yet to be completed after the passengers waiting for 90 minutes, following passengers twittering with Monarch there was a random comment over the tannoy saying that the delay was due to an operational issue? We then realised that a flight that arrived after our flight from Baku had been unloaded and their cases were coming off our conveyer belt, these as you can imagine were the F1 teams such as Williams Racing, our bags appeared after a total wait of over 1 hour 20 minutes. In summary do not use Monarch as they are unable to manage their airport service providers, they are now a poor easyJet/Ryanair airline, also avoid using Luton airport as this poorly managed and has a serious lack of customer service, the staff show a low morale and are unable to react to situations that require their attention.
21 to 30 of 452 Reviews