"now probably the worst in the world"

✅ Trip Verified | The flight from LLW to JNB was uneventful, boring, full (no covid spacing), the aircraft was dirty but at least my seat back was locked into position, last time the seat back fell backwards by itself all the time which was very disturbing. When it came time for the return flight we found that the flight had all been cancelled, no reason given, just cancelled. As we are staying in our own apartment its no problem to stay the extra week until the next flight was scheduled so we said no problem. Then the replacement flight got cancelled and another week delay added! All this with no explanation or compensation. What about poor people who have to stay in hotels. Air Malawi was such a good airline in its day, its c, just very poor management.
2/10

"My seat was filthy, uncleaned"

✅ Trip Verified | Johannesburg to Lilongwe. Was originally booked on SA170 but due to their strike I was rebooked onto Malawian Airlines ET21. The whole process was a total mess. Boarding gate staff pulled aside 5 or 6 passengers because they did not scan passports at the checkin counters - made us wait until the entire flight was boarded and then scanned us and boarded us. After that, I was seated in 1C business class. My seat was filthy, uncleaned and plastic parts of the seat were broken and cracked. The tray table for food was broken and sat at an angle with the food tray sitting on the edges delicately and precariously!! Hostess did not seem bothered about this and still place food and drink on the wobbly table which was frightening. Food was abundant, it was very tasty and enjoyable. Could not fault it. Aircraft information card was fool of dried food - obviously not cleaned for ages. Will never want to be on this aircraft again if I had a choice. 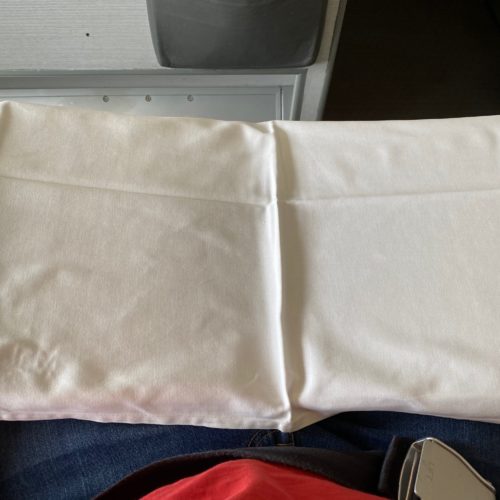 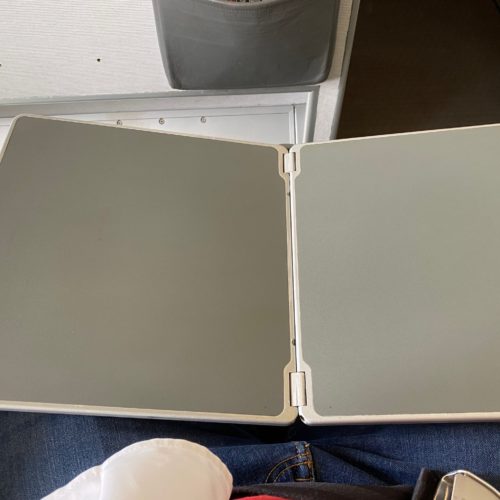 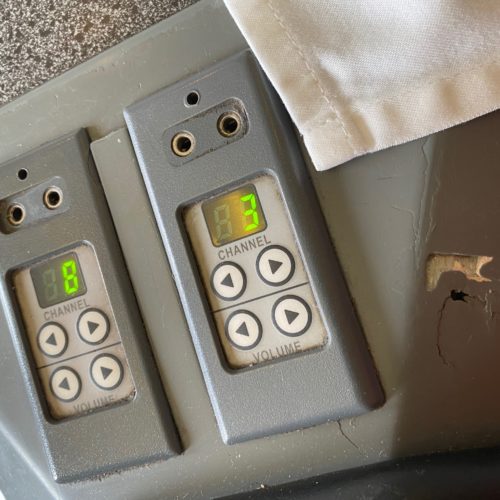 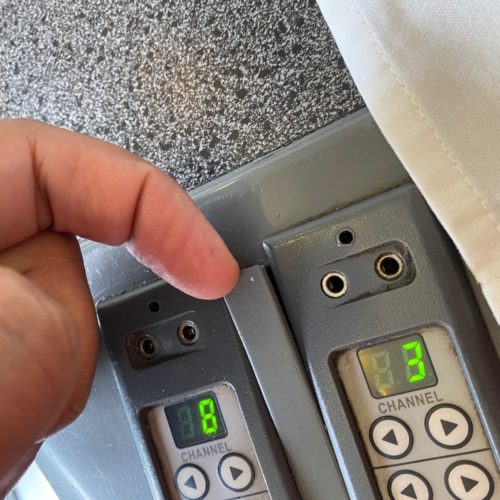 "luggage is left on the tarmac"

Not Verified | A smaller aircraft is currently flying between Blantyre to Johannesburg, due to the runway construction at Chileka Airport. Unfortunately when the plane is full, luggage is deliberately left on the tarmac. I understand this is for safety reasons, but some communication from Malawian Airlines would be really appreciated. Or a simple solution will be to restrict passengers to 1 piece of luggage until the runway is completed and the bigger plane is flying again.
2/10

"no idea where our bags are"

Not Verified | Due to a recent and short notice government decision to close the longer runway at Chileka for maintenance (which we only found out from reading a local newspaper), Malawian Airlines only other larger aircraft, a 737, cannot be used. So flight schedules were altered after we arrived in Blantyre and the smaller Q400 was used instead. As we taxied for take off, I spotted a trailer full of luggage (with my easily identifiable suitcase on the top) tucked away behind 2 military helicopters. Clearly the right decision had been made not to overload the smaller plane - by intentionally concealing a trailer full of bags. No-one at Chileka advised any passengers, which was quite underhand and just shunted the problem onto staff at OR Tambo. When I told the other passengers about the background reason, they were understandably as angry as I was. We had two onward flights and our bags were not checked through to our final destination due to advice from our travel agent. I really felt for the family travelling to Brazil, who’s luggage was also left on the tarmac. Had Malawian Airlines check in staff advised us of the overweight issue we would have checked the bags with final destination labels. So now, we’re back in the UK, no idea where our bags are and not confident they’ll be intact if they do eventually reach us. Security at Chileka is ‘relaxed’. And the reality is this problem will exponentially escalate as the excess baggage problem continues rolling over into successive flights. Malawian Airlines just need to be honest with their passengers and explain the situation! Nobody will dispute a safety decision but implementing it in a sneaky and underhand way just aggravates the situation. If you are booked with Malawian Air from Blantyre to Johannesburg, or Blantyre to Lilongwe (Blantyre is the middle stop for the aircraft to pick up passengers for the service between Johannesburg and Lilongwe) over the next few months ask direct questions about luggage capacity on the aircraft, and insist on answers when you are checking in for your flight, and take as much in your hand luggage as you can.
1/10

✅ Trip Verified | Johannesburg to Blantyre. They overbooked the flight, still checked us in. Then made us wait almost 8 hours standing around the ticketing office with absolutely incompetent staff. No one knew what was going on nor could assist us. On top of that they have also lost our bags. I could never recommend this airline to anyone to travel ever! Use another airline
2/10

✅ Trip Verified | Blantyre to Lilongwe. On this leg, one of my bags didn't not pitch up at Lilongwe; alerted staff immediately; I was relaxed that it could solved in few hours (why? because when I was boarding at Blantyre there were 2 planes (one to Lilongwe, then Lusaka then Harare; the other to Johannesburg) on the ground about to leave same time thought a simple mix-up of bags when loading). I was totally wrong; the staff were and still are clueless. It did not appear to them that a customer is adversely been affected and inconvenienced for them to make simple calls (yes a simple call) to alert their staff in Johannesburg or Harare or Lusaka to check out my luggage when the off-loading. I had totally underestimated their incompetence, till today no feedback and no luggage, and no-one has an answer. For me, I am not flying with you guys gain; better pay extra bucks and get the utmost airliner customer support professionalism. We all know luggage got misplaced but this is way down the ladder in handling such things. You should be prepared for such images and act.
3/10

"I would not fly them again"

✅ Verified Review | Lusaka to Dar es Salaam via Lilongwe. The flights itself were pleasant. Flew with the all-female crew and all the staff was great, felt very safe on board, even during landing in heavy wind and rain in Dar. Food was good, too. We encountered technical problems in Lilongwe, the plane had an electronic failure and could not move on, after three hour of helplessly trying around and waiting for an engineer, it was later evening and the flight was cancelled. I understand this is an exceptional situation and a worst case scenario for every airline at this place and at this time of the day. But you have to keep in mind that Malawian is very small. They run only two different aircrafts and they were very apparently not prepared for such a situation. The crisis management was abysmal. The staff was unable to cope, they gave us a bottle of water after 90 minutes and told us they would give new information in 40 minutes. 120 minutes later they announced the flight was cancelled and they would try to set the connecting passengers on a list for the same flight for the next day. Wait, so it's at least one full day of waiting in Lilongwe? Yes, they said that. After that, the poor staff was trying to find rooms for the night for the around 50 passengers in Lilongwe. They failed. Many passengers had to sleep in dorms in very bad hotels, they told the next morning. Our hotel, however, did not accept the “voucher“, a handwritten note stating “Malawian Airlines will pay the bill until $ 85“. Guy at the reception said “They always say that, they never pay anything, this is Ethiopian Airlines“, so cash or no room. At least, they fixed the problem during the night and finally, already on the bus to the hotel, they told us we could fly in the early morning. And yes, they kept their word and we could continue our journey at 6 a.m. But whoever flies Malawian should know that this is a good and friendly airline - as long as nothing unexpected happens. In this case, you wish you had paid a little more, at least for a better situation management or information policy. So no, I would not fly them again.
8/10

✅ Verified Review | Dar es Salaam to Lilongwe via Blantyre. Both legs on a Dash 8 Q-400, the seats still have the same colors as Ethiopian and information is displayed both in English and Amharic. Booking and online Check-In both go through the website of Ethiopian and are smooth as long as the standard Android browser is not used. Baggage Drop Off at Dar Airport is also handeled well and staff is friendly (turns out to be the crew of the flight). The flight leaves Dar at 7:45 in the morning and takes 2 hours to Blantyre, during which a hot breakfast is served. My preordered vegetarian option included hashbrowns, beans, greens and a grilled tomato. Surprisingly tasty. The aircraft is as noisy as a turboprop is but in a good condition and clean. The crew is friendly and welcoming but I could feel, that Malawian is a small airline and not so experienced as Ethiopian for example would be. Flight to Blantyre was on time, stopover quick (40 minutes, onward passengers can stay in the aircraft) and the short hop to Lilongwe also on time. Putting the flight in a nutshell, as Malawian is a small airline with only 2 aircraft (Dash 8 and 737-700) and only a handful of destinations in East Africa, the flight was surprisingly good and I would fly them again!
8/10

✅ Verified Review | Johannesburg to Lilongwe via Blantyre. Very impressed with Malawian Airlines. On time departures and arrivals, excellent food served, both outbound lunch (chicken) and return breakfast (fried eggs), lovely coffee and generous baggage allowance. Crucially, Ethiopan Airlines (the part owner) has timed the flight with an early morning departure from Malawi such that a large majority of passengers were connecting on our flight in Johannesburg onto regional Southern Africa routes and donestically within SA (whereas SAA schedule from Lilongwe would require an overnight stay in Johannesburg) - clever scheduling. Both flights nearly full. No entertainment or music onboard.
1/10

"fly with a different airline"

✅ Verified Review | Lilongwe to Dar Es Salaam Joke of an airline. Quite possibly the worst managed company ever. Zero customer service. They changed our flight about a month before trip, because they changed their flight schedule (because they felt like it I guess?). It completely screwed us over because we had already booked a connecting flight as well. But instead of fixing the problem they berated us made it seem like it was our fault. The only thing we got was a promise to sit business class, but guess what? We get to the airport and, of course, no business class for us. These guys are lazy, incompetent and have no clue how to manage a business. I highly recommend flying with a different airline if at all possible.
1 to 10 of 12 Reviews