✅ Trip Verified | This company has canceled my flight from New York to Paris about a week before the departure. They then took 2-3 days to then re-book me on a different flight from New York to Nice. After re-booking ongoing flights and changing plans and spending a few thousand USD on changing everything, the company then called me in the morning to say that they overbooked me on the New York to Nice flight and that they were going to change me to a later date and route me to Paris. Even while all of this was going on, their website was still showing my original flights as available. This airline has caused massive inconvenience and massive cost to me with zero recourse and simply an apology.
10/10

"I have never had an issue"

Not Verified | Newark to Paris. I’ve flown them a few times and have always been very pleased with what I got versus what I paid. I flew on La Compagnie before the new A321 and it was nice. Now it’s fantastic with the flat bed. I slept a little over four hours on the flight to Paris and still got both meals. In terms of service you get business class things, but their offered in a very Coach/Economy way. For instance, when you board you get a small (basically a shot and a half) of champagne. The stewardesses don’t come around offering multiple rounds of drinks. You’re offered one drink and then maybe a digestive later, but nobody comes around offering you more and more like a standard international business class cabin. If you’re willing to go to the galley and ask they will give it to you. Sine La Compagnie sells their business class tickets at 1/3rd or less than a standard carriers I’m guessing they make some of the margins up here. I paid $1,500 for a round trip ticket with a flat bed. The lounge in Paris is pretty good. Good offerings. Nice drinks. Definitely worth 30 minutes of your time. Don’t both with the one at Newark. Food is terrible. Drinks are cheap. The space is cramped. It’s shared with El Al and in many ways resembles a Middle Eastern souk albeit with art you can buy on the walls. Shared lounges are rarely worth spending time in and this one is no different, but with the added bonus that it’s before security it’s even less worth a visit. Aim to be at the gate no sooner than boarding if flying out of Newark. I have never had an issue and have generally felt that I was getting the better half of the bargain. 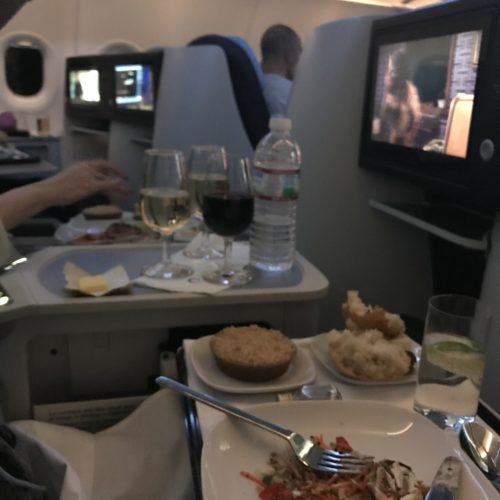 "great value for the price"

Not Verified | I have flown 3 times on La Companie so far and could not be happier. It makes me laugh to see complaints about ground accommodations, and “old” planes etc... this is an airline that flies to a manageable airport (Orly) with lower taxes than for example CDG, it is a boutique operation with limited flights, and proposes business class flights R/T for as low as $1500 vs. $5000+ on poorer major airlines. It is great value for the price and grumpy people can still spend their $1500 on a coach ticket booked on United coping with the CDG mess, and see if they are offered hot towels, full meal, champagne, and most importantly business class seats with better air quality.
6/10

"do not fly this amateur operation"

Not Verified | This June [2019] we booked on La Compangnie, Newark to Paris return. Our flight over was cancelled 48 hours before departure. We had firm bookings on a flight Paris to London. La Compagnie offered us a later flight instead of Paris to Nice. Of course we could not make our Paris to London connection. We dropped that and waited until the next morning flying directly to London from Nice. We incurred an extra night's stay in Nice, taxi rides, a lost ticket from Paris to London, lost return flight [when you don't show for the first flight, you lose the return] and a lost night in our London hotel adding up to over a thousand dollars in extra costs. At the end of our stay in England and Paris, we were told that our flight from Paris to Newark was also cancelled. If we arrived at 8:00 am at Orly, we would be put on the morning flight instead of the more comfortable afternoon departure. 2 Flights for 2 people, both cancelled and we are repeat customers. The check in people at La Compangie said the company would meet us, they did not, would reimburse us if we showed receipts they did not. After multiple attempts to contact anyone by phone and waiting for 4 weeks, they more or less told us, too bad, we owe you nothing. Unless you are willing to see your flight changed with very little notice and you have a great deal of flexibility or insurance at the other end, do not fly this amateur operation.
1/10

✅ Trip Verified | I paid $1515.73 for a one way business class ticket on La Compagnie flight 0102 from Paris to New York on June 30. They swapped out the plane for a sub-economy charter without saying anything until I was on the plane, despite eight separate opportunities. They would not let me off the plane, and have ignored all phone calls, emails, and direct requests to their gate agents. La Compagnie had several opportunities to notify me of the change, but did not at any of these points. They violate their own customer service policies. After receiving no response from La Compagnie for over a month, I filed a formal complaint with the Dept of Transportation and notified some travel journalists and they finally contacted me and offered a 75% credit.
5/10

"Not a great airline"

✅ Trip Verified | Paris Orly to Newark. Not a great airline at all, thirty minute wait for check in, very tired 757s (hopefully soon replaced with new 321s), poor ground facilities (ORY 4 is not great although the Icare lounge is nice, on the other way EWR terminal B was just horrible). Bland food, limited drinks, lazy and class-less crew. The key advantage is the seat, although it is worn and not fully horizontal (should be better on 321) it provides much better rest than coach or premium economy, so despite the aggravation of poor service and infrastructure we came home fine. Good amenity kit, fine entertainment, the food was better than in premium economy on other transatlantic airlines. So it feels like business for the seat and feels not great for the rest. We paid $1200 for the return flight, cannot complain about that.
8/10

✅ Trip Verified | Paris Orly to Newark. Longtime customer of OpenSkies (when it was business class only) and the original L'avion. Chose La Compagnie, and glad we did. Our flight was canceled at Orly back to Newark, and it was a mess - the gate agents at Orly did not speak English well, and there was lack of information given, we had to rebook 2 days later on another flight home on our own with the airline, no one at the gate could assist us with that, and they only have 2 planes, and don't partner with other airlines. 2 days stuck in Paris with hotel hopping. so why the 5 stars? The compensation when we got home to the states and quick communication and customer service was great. They offered to pay for our meals, hotels and cabs for the 2 days stuck in Paris. The flights were so comfortable, great entertainment on the flights and great food. I was able to sleep comfortably with a pillow and the plane seemed very clean. The flight crew was lovely both ways and couldn't have been nicer. For the price, this was a fantastic value for business class, and was much better than United First Class to Paris. I hope they stay in business! 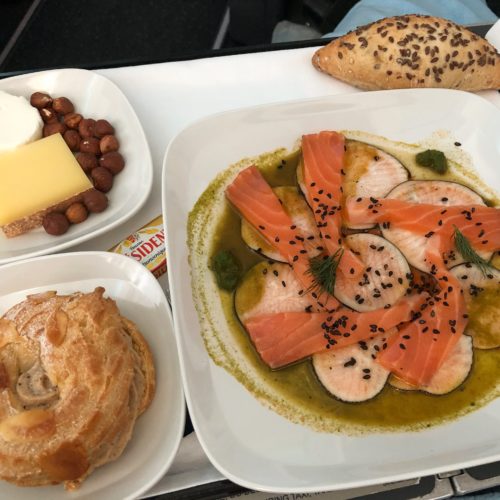 ✅ Trip Verified | Paris to Newark. Service on board adequate and friendly staff. But the issue was that my checked luggage did not arrive in Newark. From that moment, no feedback, customer care nonexistent. The staff was not concerned and blamed the situation on Orly airport. No support.
9/10

"it was a delight"

✅ Trip Verified | Newark to Paris Orly. I booked this airline, because my family and I travel to France, once or twice a year. I decided to try this airline alone first. As I got closer to the departure, I decided to read the reviews. As you have read, there are many that are not favorable. I became nervous, because I had a small window of time for my visit this summer and I didn't want to spend it with airline drama. I also want to point out that I travel 50-60K miles per year domestically for work and that I am a Delta Status flyer. Previously I have flown Air France and Delta to Europe. My review of this airline is superb. The check in was uneventful, the lounge was busy (it's summer!), the cabin crew were pleasant and the lite dinner (salad with large shrimp) was good. My arrival was on time (I carried on my bags). Returning, was the same; on time, pleasant and tasty. I am a seasoned traveller to know that things can go wrong; mechanical, weather, unpleasant staff and inedible food. But in this case and on my flight, it was a delight.
1/10

✅ Trip Verified | Paris to Newark. Sitting in a lounge for hours without any information. We are told that there are delays due to possible mechanical trouble. Feeling absolutely ignored. Will never fly with this airline again!
1 to 10 of 45 Reviews