"Nothing about my request for the refund"

✅ Trip Verified | I am a Chinese citizen living in Bahrain and I was travelling from Bahrain to Bangkok in February in 2020. When my trip ended and time to return to Bahrain, I was refused to board the airplane just because of my nationality. At that time Kuwait government banned Chinese citizens from entering Kuwait due to corona-virus pandemic, which i totally understand. But Kuwait government did not mention anything regarding transit passenger. Besides, I hadn't travelled to China since August 2019, and I had been living in Bahrain since the pandemic began. When the airline refused my trip they mentioned it was a rule from the Kuwait government and they could not provide another trip with another airline to me. So I was abandoned by them, stranded in Bangkok with nowhere to go for a night, and had to buy another ticket to return to Bahrain. Since then I tried to request a refund and an apology, but they only replied once to my email saying the ticket can be rebooked with normal rebooking policy and charges may apply. Nothing about my request for the refund and apology ever since. They do not have a international call center so it is impossible to call them directly when you are not in Kuwait.
1/10

✅ Trip Verified | Paris to Delhi via Kuwait. One of the worst airlines I have ever traveled with. CDG-KWI sector went fine and uneventful. But at KWI airport not a single soul to guide us to the next boarding gate. The change the gates without notice. When enquired with the staff, i was literally shooed away. Pathetic in-flight service. Forget food, I kept on requesting them for a glass of water and they did not even have to courtesy to get me that. They had the seatbelt sign on the whole time to prevent people from getting up. The return flight was way worse. They cancelled the DEL-KWI flight and put us in a hotel after people started complaining. We had by then stood in the queue for almost 3 hours. Next morning they hurdled us away from the airport at 0600 hrs saying we will have an early morning flight. The flight came at 3 pm, and we were made to sit near the boarding gates for the entire time. Again no food no water. At KWI, there was no one around to let us know anything about our next flight. We (passengers headed to US/Canada/EU) headed to the transit desk to ask and were then informed that KWI has cancelled all their flights and we will fly by Lufthansa the next morning.
9/10

✅ Trip Verified | Colombo to Jeddah via Kuwait. It was on time. Cabin crew is friendly and responsive. KWI to CMB my screen was not functioning. Better to add some new good films to the system. Overall, It was a good experience. 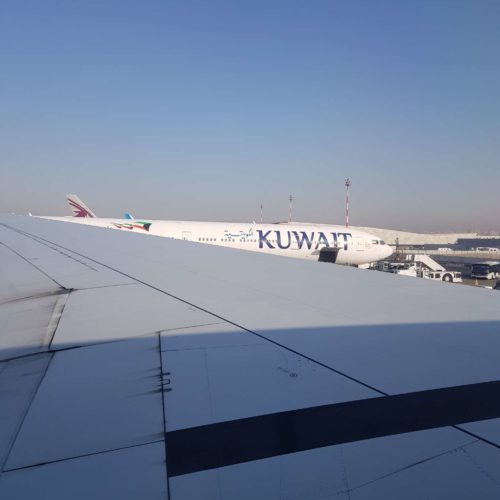 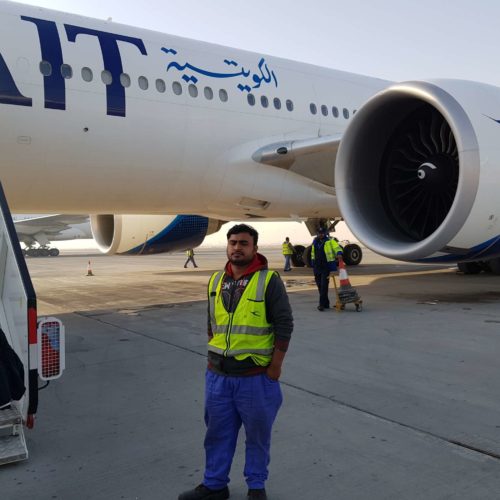 Not Verified | Rome to Kuwait City. After reading all those low review votes I was pretty nervous but I just want to let people know that I was really glad to fly with them nice meals, nice staff, I had a really wonderful flight with them.
3/10

✅ Trip Verified | This was a short journey from Qatar to Kuwait and my first time flying Kuwait Airways - left Doha about 5min early and landed in KWI some 20min ahead of schedule. A friendly and warm welcome from the lady (I guess she was the Inflight manager) at the aircraft door and that was where all the pleasantries or smiles ended! The other flight attendants positioned throughout the cabin, looked surly and and greeted 3 of them as I walked to my seat at the end of the aircraft - not a single one acknowledged my “hello, good morning”. The end of the safety video was still playing as we entered the runway for takeoff. Naturally, the cabin crew were not checking seat belts were fastened and seats were up. As for the service, a snack box was offered but neither myself nor a man seating opposite me received it. When the miserable and unprofessional looking crew were collecting the empty boxes, the man seating on the opposite aisle seat to me asked one of the cabin crew if he could please have a snack box as he never got one. With an eye roll and a sigh, the crew member went to the galley and brought the man a box - all this without a word to the passenger, never mind an apology. The kind man on the aisle opposite to me (not travelling with me) even mentioned to the same attendant I had not received a snack box either, however the crew member glanced at me and went back to the galley. I do fly for work about a month ago and I cannot remember flying with such a disinterested, unfriendly crew. I was so thankful it was only a 1-hour flight. I will ask my company never to book me with Kuwait Airways again!
10/10

✅ Trip Verified | London to Kuwait. Enjoyed my trip, specially my kids they liked the entertainment, food, cabin crew service was fantastic and I was amazed from the takeoff and landing very smooth. Will definitely fly again during summer vacation.
2/10

"a shame I wasted my money on such a poor product"

✅ Trip Verified | Kuwait to Bangkok. Airline is a joke! First class lounge in the exclusive Kuwait Airways terminal is about 60 sqm^2. Food is extremely limited and not much to do before the flight. I was waiting for priority boarding but economy and first class were boarding together in my experience. Wi-Fi did not work for me throughout the flight, in-flight map did not work, no amenity kit, no chauffeur service, and overall seat was uncomfortable. Even the pillow is a joke for first class cabin. Not really sure how people fly this airline but I definitely would be happy making a stop at a near-by country with 5* service as opposed to flying direct with Kuwait Airways. It's a shame I wasted my money on such a poor product.
4/10

✅ Trip Verified | I paid full fare first class for this ticket from Bangkok - Kuwait, after hearing positive reviews from my colleagues at work. I'm shocked and feel stupid for paying first class to Kuwait Airways (as opposed to Emirates.) There is no Chauffeur service for Royal class (not in Kuwait nor Bangkok,) no amenity kit on this long-haul flight (almost 8 hours,) Wi-Fi did not work on my phone, no pyjamas, and the flight map did not work. No hot chocolate provided in Royal class. I found the seat to be uncomfortable. I'm only giving this airline 4/10 score since the crew (both ground and cabin) was good. As a first class passenger I strongly recommend you avoid this airline. Look for another airline if you want to have good experience.
1/10

"missing from my hand carry baggage"

✅ Trip Verified | Kuwait to Istanbul. The best experience, it was in time and the trip progressed smoothly. They have the best leg room, the food serivce was abundant. The crew were helpful and accommodating to passenger requests.
11 to 20 of 301 Reviews