"decided to get some refreshments"

✅ Trip Verified | We had a flight from OR Tambo to King Shaka on the 3rd Jan 2020 at 20:55. When it was time for boarding at 20:20, we made our way to the gate where no one had started boarding at 20:50. We went to the counter and asked about the delay and they said it would be delayed by 5-10 minutes. We then decided to get some refreshments, the notice boards were then updated with information that our flight was delayed to 00:20+. We went back to the gate to board for the flight at 23:30 but no one was there besides passengers. We asked staff members who were still around what is going on and we were advised that the gate had changed and that we should have been put on another flight to Durban. Later on we were advised that there was no other flight to Durban for the night. We waited from 00:00 until 2:30am for the Kulula staff to issue hotel vouchers to us, only then were we told and we be put on the first flight in the morning (4th Jan 2020 @ 7am) and that our bags had left on the other flight which we were supposed to get on and they are now in Durban without us. During these 2 hours of waiting there was no communication from any staff of what the way forward was. No apology was made either. Further to this, Kulula was sending out SMS’s with the following information, none of which were true: 20:28- flight is now boarding 20:58- flight is delayed and will now depart at 23:00 20:59- flight is delayed and will now depart at 23:45 There were no formal announcements made about gate changes or aircraft changes. The notification boards were not updated with the correct information either. These are the following issues that I have with this incident: Communication from the airline is nonexistent. There were no announcements made for changes to the flight, the boards were not updated with the correct information. If the flight was changed, when the passengers were boarding, staff should have checked that all the passengers were on board and if not, final boarding calls should have been made at least. Our luggage was sent to Durban without checking the corresponding passengers are on board the flight.
1/10

"had the worst experience"

✅ Trip Verified | Johannesburg to Durban. I had the worst experience with Kulula. The flight was delayed for over 45 minutes with no communication. And my the clothes inside my bag were wet.
1/10

"instructed to get off the plane"

✅ Trip Verified | Johannesburg to Durban. I am disgusted at the way this airline is run. The flight was scheduled at 18:10. The flight was then delayed to 20:20 and then again to 20:40. It is now 21:40 am I am sitting on the plane and have just been instructed that every passenger needs to get off the plane and go and identify their bags individually. This is the biggest joke of an airline I have ever experienced. 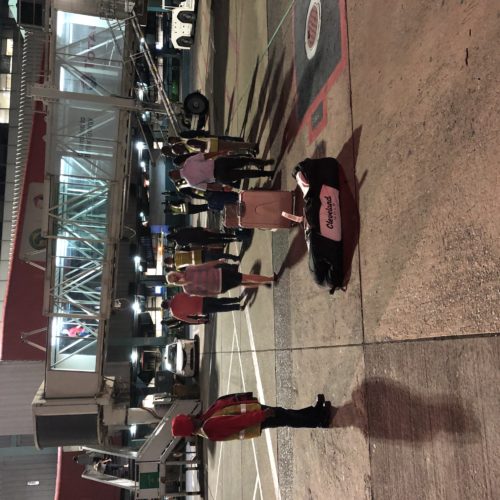 ✅ Trip Verified | East London to Johannesburg. After being warned of recurrent Kulula delays, i decided to take a chance then boom. Flight is delayed, no apology offered by airline, no food offered since its only a 2 hour delay. Who pays for this one. I do not recommend such an airline that cannot manage time.
2/10

"without any notifications from Kulula"

✅ Trip Verified | Lanseria to Durban. We celebrated our 41st anniversary and our Son paid for the Airline Tickets to Durban and back. We were delayed by this grounding of the planes on 22 October 2019. First message 05:35 - flight MN502 due to depart 13:00 - delayed to 16:35. Second message 09:21 - Flight delayed to 17:35. We have to be out of our Hotel by 11:00 and the Hire Car must be back at 13:00 - so we just had to go to the Airport and sit and wait. Next message - 10:23 - flight delayed to 18:35 - next message 19:35 and at 15:36 the next message to depart at 22:05. Seven hours on the Airport without any notifications from Kulula. I went to the Counter and the Lady had this Sheepish expression on her face until I told her that you do not seem to be interested in what I am telling you. She informed me that all the flights are full and no available seats on other flights. Luckily the Lady next to her told her to check another flight and book us there and then this one got a bit of life. We were booked on the 19:00 flight. Long story short we eventually left with 8 seats open - arrived an hour later in Johannesburg. On the Airport I asked what about meal vouchers and only when I asked, she gave me 2 vouchers of R110.00 each.
1/10

✅ Trip Verified | Durban to Johannesburg. Worst experience of my life with Kulula, there have no customer service whatsoever. R4500 down the line return flight from Durban to Johannesburg and they can't be bothered that you delayed or not or make arrangements to accommodate you in someway or the other. Will never use this airline again.
3/10

✅ Trip Verified | Cape Town to Johannesburg. Ok flight, take-off delayed by 45 minutes due to late arrival of aircraft, check-in grumpy and idiotic (demanding to weigh a small framed painting that did not even weigh 500gr, despite ample luggage allowance not used up), supervisor felt staff did the right thing, amazing.
2/10

"we are once again delayed"

✅ Trip Verified | Johannesburg to East London. Typical of this inefficient airline, we are once again delayed. How can this airline charge their customers full price when they continue to delay flight times and which in turn not only creates problems for the customer, but costly too.
2/10

"wait for 2 hours for next flight"

✅ Trip Verified | Johannesburg to Cape Town. We (parents, children and grand parents) had bought tickets for a connecting flight to Cape Town from J-burg more than half a year ago and only had a short time to find the Kulula check in counter, which wasn't so easy for us. We got there 20 mins before the counter was closing, but were told the flight had been overbooked. Everybody at the counter was hopelessly confused, and not very good at communicating to us. After a lot of waiting around, we had to wait for 2 hours for the next flight. Returning from Cape Town with Mango Air was way better.
5/10

✅ Trip Verified | Johannesburg to Cape Town. In-flight service is good, food is okay, beverages are okay, staff is friendly and ready to help but luggage handling is staffed with petty criminals. Had my luggage ransacked and robbed.
1 to 10 of 69 Reviews