✅ Trip Verified | Ho Chi Minh City to Seoul. An excruciating experience with a flight crew that was horrible to me, an atrocious lounge in Seoul, and a plane that looks like it has not been updated. My buttons on this dated aircraft didn't work. Even the divider between seats couldn't work because the button didn't function. The inflight entertainment is the worst I have seen. You see many flight attendants in the business cabin, as soon as the plane took off, they shut the curtains and I rarely saw them again. Forget about beverage service - one attendant said Korean Air's policy is to inquire about sobriety with every third refill of their thimble-sized glasses. I've never seen such an absurd policy and they enforced this. My food was mediocre at best. The lounges at Incheon look like a mall food court, are totally packed, and seemed outdated.
10/10

Not Verified | We recently traveled to Bali and had a great trip. It was on the way home that we experienced the best ever experience of a crew member Junho, the the most professional and attentive flight attendant that I ever had. I am just amazed at an employee that takes this much pride in a job.
5/10

"lost my wallet before boarding"

✅ Trip Verified | Seoul to Hong Kong. I lost my wallet right before boarding just outside the boarding gate but only realized towards the end of the flight. Upon leaving the aircraft, I sought help from crew. They were quick to refer me to the airport website and the airline website before ushering me off. Later confirmed that the airport was in possession of my wallet but needed some assistance or advice retrieving it. I called their customer service hotline which was received by an agent from the ticketing office in Malaysia, who told me that there was nothing they would do. The agent didn't have the knowledge or capacity to be of any assistance, but refused to let me speak to other staff in the airline who might have more of a clue. The airline is fine for getting from point A to B, but do not expect their staff to be of help if you need it. Also, customer support seems to ignores emails or are extremely slow at replying.
10/10

Not Verified | Irkutsk to Incheon. I enjoyed the in-flight entertainment and the seat comfort. The food was delicious and I had a great time. I was on a short flight, and the legroom was amazing! I would highly recommend this airline. 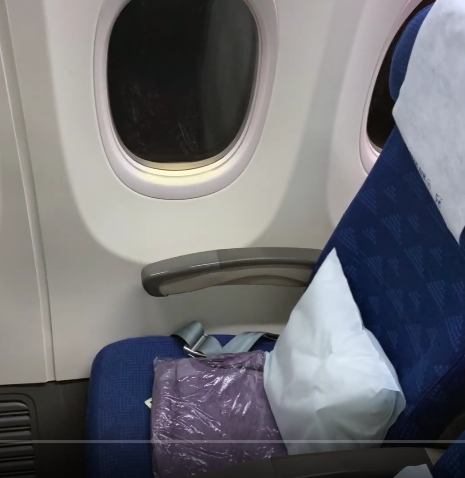 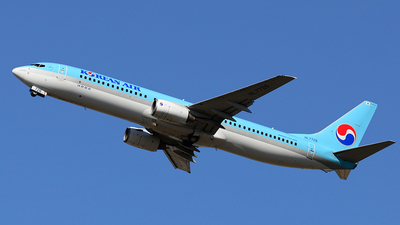 Not Verified | London to Tokyo via Seoul. First time travelling on Korean Air - really enjoyed it. The flight crew were very friendly, professional and efficient. If I wanted cup noodles with a coke (with refills) gee did I get it quick and with pleasantry. Really thought they were great!
2/10

"made me dislike this airline"

✅ Trip Verified | Seoul to Tokyo. Unprofessional and disappointing. Check in, boarding, and the beginning of the flight went smooth. The seats was comfortable with plenty of leg space. That was when things went downhill. My friends entertainment system wasn't working, and flight attendants ignore us despite us trying to get their attention. Food was bland and mushy. The head flight attendant was rushing to get food out, as she kept sighing and was rude, especially to the non Koreans. However, things started to go bad at the end of the flight. The plane had already landed and was slowly making its way to the terminal, when a little girl, about 3 years old, suddenly had to use the bathroom. The mum asked one of the flight attendant if her daughter could use the bathroom. The flight attendant went to ask her supervisor (who was the rude head flight attendant), to which she told the mum to tell her daughter to hold it. The daughter was crying, and kept saying how much it hurts (my friend who isn't Korean, but understands the language translated). The mum resorted to using a plastic bag for her daughter to uninate, in the middle of the plane. Of course, the little kid didn't want to, so the mum, desperate, just took her daughter to the bathroom. By this point, it's been 15 minutes since we've landed and was nowhere near the terminal. While I understand the importance of being in your seats while the plane is moving for our safety, certain protocol should be broken if there is a situation that arises. The head flight attendant on this flight, or at least in charge of my section, made me dislike this airline, which is disappointing as I've enjoyed this airline when I flew with them 10 days ago.
2/10

"They insulted me in Korean"

✅ Trip Verified | Travelled business in 2014 with Korean/KLM to Europe and good experience. This time we had 3 business class tickets from Sydney to Amsterdam partnering with KLM - who were wonderful - and return Sydney via Rome with Korean. The flight crews were attentive but cold, clinical and lacking the human touch. The lounges at Incheon are a nightmare akin to two MacDonalds in different parts of the airport but overcrowded, full of screaming badly behaved children, and with poor quality food and beverages and lack of seating. The attendants at the lounge desk were like cardboard cutouts unhelpful and arrogant when I asked for shower access. They then insulted me in Korean, not knowing I speak it! I persisted and let them know in Korean that I understood their insult. I was finally pointed to the shower section and had a hurried shower. Finally, during our holiday a family member in Sydney became gravely ill and we attempted to alter our return dates to an earlier date. This was possibly the worst aspect of having to deal with the "customer service" operatives of this airline. Night after night we rang them and were drip fed information about seats available on given dates waiting for a date where we could get home. At least two of the male operatives were unbelievably rude to my wife when she spoke with them, talking over the top of her and there was no audio delay to justify such rude treatment. They offered us economy seats which my wife could not take as she has a medical condition that requires a sleeper or flat bed for long haul. We didn't get anywhere with them. On 22nd October, there were 3 unallocated business tickets available back to Sydney which would have got us back 5 days earlier but when we asked about these we were told because we'd paid a different fare schedule, we could not have them unless we paid an extra 3000 per ticket in Australian dollars or Euros. We paid approximately AUD 16,500 for the original tickets. We simply couldn't afford this so we were forced to wait for the originally ticketed flight later while we dealt with our anxieties about our sick family member in Sydney. Meantime, these people flew an aircraft from Rome to Sydney with 3 empty business class seats. This may be the corporate world model for aviation now but business still depends on goodwill and Korean Air have lost our goodwill forever. We will never fly them again under any circumstance, whether for work or pleasure. They are disgraceful in their treatment of passengers in need and not worth our custom.
9/10

Not Verified | I recently flew Brisbane to London via Seoul with my family and we were put up overnight in the Grand hyatt at Seoul Incheon Airport. Very nice. i was impressed with the whole package: legroom, food, service. We will be flying with Korean air next time we jet off.
8/10

✅ Trip Verified | Frankfurt to Sydney via Seoul. We were very pleased with Korean Air. We flew from Sydney to Europe return via Seoul. On the way over to London Korean Air put us up at the Grand Hyatt in Seoul overnight. I recommend you ask your travel agent to ask for this option as it was fantastic. On our return trip we used the new transit lounge in Terminal 2 of Incheon airport which had showers, free internet and a 'sleep zone'. The airline experience itself was good. We experienced little turbulence on all flights. The food was good though they could improve their dinners (although the Korean bibimbap option was good - we all had it twice!) Breakfasts were better than good. The cabin crew were great and helpful when we requested additional snacks, water etc, although they served enough water to keep us hydrated. The hot towels before breakfast were also appreciated. My 13 year old son said the inflight entertainment could be improved although we thought it fine. Australians do not often fly Korean Air to Europe but I would recommend you consider it as an option.
4/10

"This airline was disappointing"

✅ Trip Verified | I flew out from Brisbane, stopover at Seoul, before continuing to my destination Japan Tokyo. During this 13 hour trip I found this airline to the most disappointing so far in my travels. I have previously flown with Cathay, Thai and Malaysia and they've been pretty good (Cathay being the best in my opinion). This airline was disappointing because they always skimp on the water levels in their cups given out every time. I'm on a plane, that is the last thing that I need - to be even more dehydrated! To those people thinking of flying you are better off buying your own bottle of water before you go. Seats were uncomfortable and at a weird angle. For that reason I highly recommend choosing a different airline for long distance travel. Seats were also quite compact and not spacious. Inflight entertainment was average and on one of the planes its remote control was stuck to the screen with a wire. What I mean by that is that everytime your window seat buddy needed to go to the toilet and needed to pass me in the aisle seat, the wire was in the way making it a clumsy design. Food was very average. Never going to fly Korean Air again.
11 to 20 of 535 Reviews