✅ Trip Verified | An excellent trip. On time departure from LHR then 3 hours in the lounge at Schiphol. We boarded on time but took off 90 minutes late due to delays loading the aircraft. Onboard, the seats are great, roomy and comfy. The IFE has more than enough choices for a 12 hour flight and even a free WiFi connection for a limited time. The food was very tasty, some of the best I’ve had in the air. Finally the crew were excellent, efficient while still being amicable and chatty. After taking off 90 minutes late we were only about 20 minutes late arriving in Lima.
6/10

"better than US carriers generally"

✅ Trip Verified | Boarding wasn't particularly efficient at AMS. However, aircraft was very clean, had a nice, new KLM magazine to read, and the staff were friendly and professional. Seat was a bit cramped, and there was no in-flight entertainment. Water and little snacks were distributed. Unremarkable, but positively so. I've always had positive overall experiences flying with KLM, although I wouldn't have wanted to be so cramped if I'd flown trans-Atlantic instead to just Bucharest. Still better than US carriers generally.
1/10

"both times they have cancelled my flight"

✅ Trip Verified | Flight was cancelled due to an accident the day before, I was automatically rebooked to a flight 6 days later with two long layovers. After much complaining I was eventually offered a flight that is "only" 4 days late, still with two long layovers. I accepted the offer, got no response or confirmation, and when I did get a response that offer was gone. I said anywhere in the right country works if it will get me home sooner and quicker and showed multiple screenshots of the tickets for better flights they still had available for purchase on their website (for four times the price of my original return ticket of course). They denied that those were actually available and eventually offered me the same two and a half day journey arriving four days late but to a different city this time. I have only flown KLM twice, and both times they have cancelled my flight home and I have spent hours trying to get a solution out of their support. I am still stuck in a different country so can't comment on the claims process yet, but based on my other interactions with the company I'm sure I will be stuck with the bill.
1/10

"refuse to upgrade us to business class"

✅ Trip Verified | There was an accident at Lima airport. A problem that wasn't from the responsibility of KLM nor the passengers. But big company KLM can not afford to lose some pennies, only the passengers can lose their money and time. To rebook the flight the options they offer were only in 8 days. And they only give us 1 night stay at an hotel. We were sent from call center to support desk at the airport (not available for 24h, only after 3-5 pm) and back. You have to constantly insist on an earlier flight. They give you a new flight and than reebook it again to a later date. They keep offering the bare minimum with the least effort, hoping we settle for it. Sending people around from on place to another, waiting long hours at the airport, so that we get tired and agree to pay just to resolve the situation. And then all the seats magically appear. They refuse to upgrade us to business class. It's always about the money, customer well-being is never a priority. I understand that an accident is out of everyone control, but then everyone should lose something (airline and passengers). They don't care about us. If you can, choose another airline.
1/10

✅ Trip Verified | As a platinum member, loyal customer of KLM, I’m definitely disappointed. My seat was discussing dirty, not cleaned at all from previous passenger. Entertainment system not working. The cabin crew was extremely arrogant, unfriendly, unprofessional and actually I’ve got a feeling that they hate their job. When I’ve mentioned all this the purser was trying to convince me that this might be my impression only. He even didn’t apologise for their behaviour. Will never fly with this airline.
10/10

✅ Trip Verified | The departure from Brussels was on time and this short flight is interesting to me, because we fly a little along the sea and the view when landing in Amsterdam is wonderful. The next flight to Belgrade was a little late, but I didn't bother. The flight itself was very peaceful and since it was an evening flight, it was quite quiet in the cabin. Shortly before landing, the captain informed us that we would have a short landing. And indeed when we landed, we stopped pretty quickly. The crew are extremely friendly. 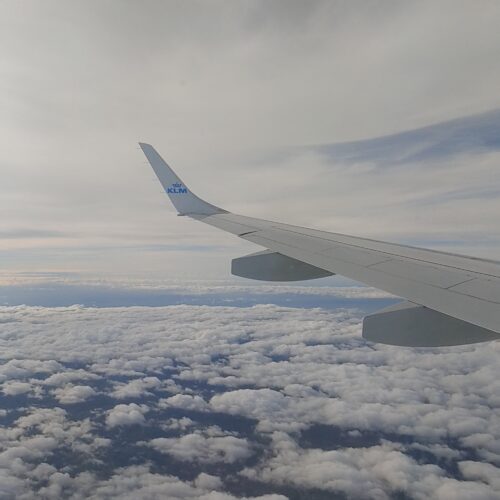 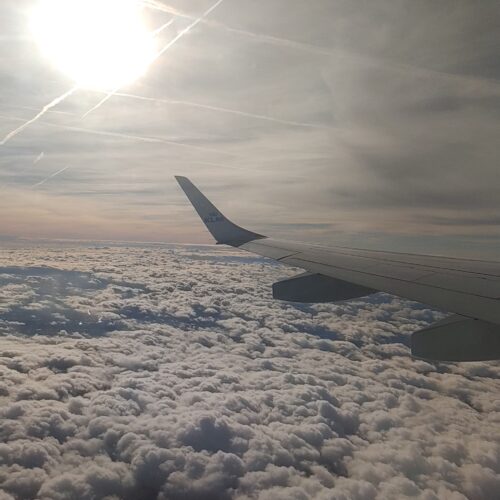 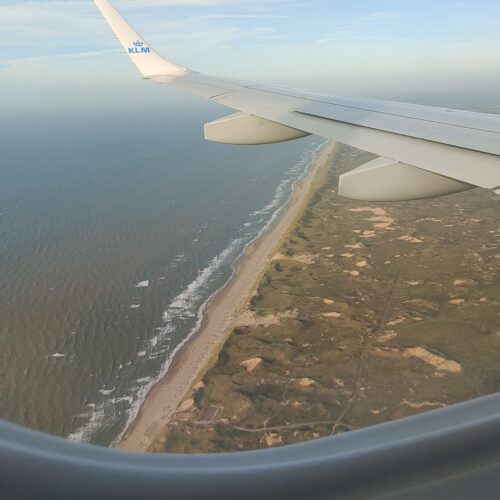 "KLM refuses to compensate me"

✅ Trip Verified | Worst airline experience ever. I was on a business trip in Spain. On Jun 28, 2022, I was scheduled to fly KL2648 from Malaga to Amsterdam, and then to LA, with a couple of hours layover. 4 days prior to my flight, I received an email from KLM saying my flight was canceled. They then scheduled me to a different flight a day early (and at a different time). I couldn’t leave a day early, due to my business obligations, so I spent hours each day trying to reach the airline. However, KLM's customer service was not reachable and the website wasn't functioning. On the top of all of that, I kept receiving confusing emails from KLM saying my original flight was still on time, while, at the same time that flight had changed. So I had to go to the airport one day prior to my original flight to find out if my trip actually changed or not. Upon arriving at the airport, I was told by a rude KLM employee that I must fly now or I will lose my ticket. I was also promised that I will be taken care of by a KLM employees in Amsterdam. I arrived at the Amsterdam airport after 1am, and there were no KLM employees there at all. I then had to spend a frustrating night looking for a place to stay because all the hotels were fully booked. KLM does not care about their passengers, and they don't take any responsibility when there’s a problem for which they are responsible. It's been 5 months now that I have been trying to get a refund for my reasonable expenses (as they promise to pay), but KLM refuses to compensate me, even though I have proof for every transaction. Do yourself a favor, save yourself money, time and emotional stress, and DO NOT fly KLM. Almost any other airline will respect you better!
2/10

"Will choose a different airline next time"

Not Verified | Cramped seats even in Economy Comfort for 100€ more is a joke! Plane in bad condition. Electricity at seat not working, WiFi not working, Map air show not working. Will choose a different airline next time.
6/10

"I like the airline and the crew are great"

✅ Trip Verified | Used KLM between Heathrow & Amsterdam and return, check in for both outbound and return was pretty simple as I only had hand baggage. Although at 7.00am terminal 3 was very busy. The flight departed from gate 3A a long queue so ended with the flight being delayed a little, once onboard seat 6A was fine for this short 50 min flight. Departed a little late but landed just 10 min late, service and crew were really very nice be boarded quickly, in to a packed out Schiphol. Returning the following day security and passport control took around 1 hour which is okay, arrived at the gate D12 where boarding started 20 min before departure, a full flight once again 6A and again crew and service just great. Arrived on time at LHR to a remote stand and bussed to the terminal. Nice trip although I'm still not sure if I would use KLM Economy for long haul flights, might try business if the cost is right! I like the airline and the crew are great.
10/10

"Business class long haul with KLM is a treat"

✅ Trip Verified | Business class long haul with KLM is a treat. Great chef food served by wonderful and attentive staff. Perhaps some background to some of the bad reviews is in order. Many of these bad reviews are about KLM customer care and Schiphol airport handling. During the pandemic, Schiphol in its infinite wisdom thought it wise to lay off much of the security personnel even when the Dutch government provided for subsidies for companies not to fire employees. Equally with the baggage handling companies, whose personnel is not well paid unfortunately anyway. Now with air traffic resuming to pre-pandemic levels, that same personnel is impossible to come by. Of course they have found more reliable employers as there is a general labour shortage anyway. As a result and to be fair, KLM is caught in the middle. KLM has had to drastically cut back on flights and occupancy, in a time where it was hoping to make up lost revenue during the pandemic. Customer service is therefore swamped in claims, while staff there too is undoubtedly in short supply. This is sad to see because the on board service is excellent and the seats in business class are good and can recline fully.
1 to 10 of 1409 Reviews