✅ Trip Verified | This is my first and experience with JetBlue. As I sit here on the plane after an unplanned almost 8 hour layover, I can’t help by think about how we should be in San Juan, Puerto Rico celebrating my cousin’s birthday (today is her actual birthday). We arrived to Fort Lauderdale around 9am or do for a connecting flight to San Juan due to arrive at 3:30pm. We were supposed to leave for San Juan at 1:10pm but they sent us an email pushing it back to 4:10pm with no explanation. We were finally able to board at 5:00pm. JetBlue then had all passengers in the middle of a COVID pandemic sit on the plane in very close quarters for an additional 2 hours as we waited for a pilot. We have missed a whole day that was paid for in San Juan, on my cousin’s birthday. Customer service is horrible. I would have rather gone with Spirit. At least we’d be there by now. 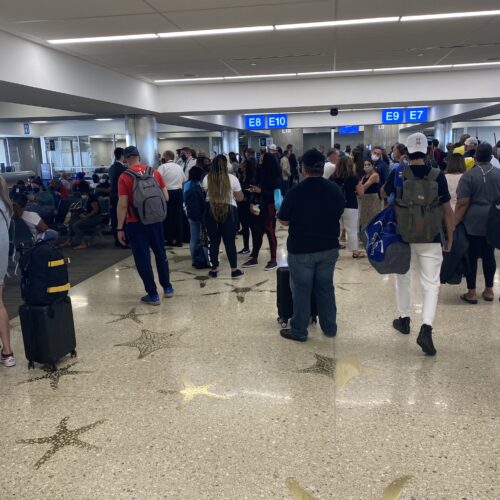 "I was assigned a seat away from my pregnant girlfriend"

✅ Trip Verified | On both my flight to Tampa Bay from Newark and on my flight from Newark to Tampa Bay I was assigned a seat away from my pregnant girlfriend and was unable to move my seat. I guess the only way to make sure you can sit with your family is to pay a hefty fee.
3/10

Not Verified | Boston to Las Vegas via New York JFK 9/16/21: Our flight from Boston to Raleigh was cancelled on June 11th we then got Boston to JFK to Las Vegas flight 817 and it got cancelled due to “No crew available” but the loop hole you guys are using is that it did not get cancelled. It got delayed 3 hours but the thing is we would have then missed our lay over in JFK and been stuck there. That should not be a delay that should be considered a cancellation but you guys are using that as a loop hole. Our next available flight to Las Vegas was flight 777 departing around 4:32 pm in the afternoon. We wasted a whole day at the airport because Jet Blue had no crew members available. That is not the clients problem that is a jet blue problem for not having crew members. So our original flight that did not take off was at 5:45 am, the next flight was a direct flight because we could not make our layover due to the “no crew member available” delay was flight 777 at around 4:32 pm. So we were basically at the airport for 9 and a half hours. I am beyond frustrated. This is not fair. I tried speaking to one of your customer service reps and she then disconnected the call. I don’t ask for a refund but I do ask for some compensation as I do enjoy flying with jet blue but this is unacceptable and a big company like jet blue is using loopholes to avoid paying reliable clients. The flight to JFK did not get cancelled but it got delayed 3 hours we wouldn’t have been able to make our connection. We waiting 9 hours at the airport. It is unfair and poor communication on your part.
2/10

✅ Trip Verified | Flight was scheduled to 4pm and was delayed several times and we all know this is part of traveling but when the staff members are not willing to be courteous is even worst. My wife and I are all in a favor of holding accountable passengers that don’t behave or are unwilling to comply with airlines regulations. But the question is, who is held accountable when the employees of the airline is unwilling to be respectful and responsible when simply asked a timeline to departure and he’s answer is we just said it. Last time ever flying JetBlue.
3/10

"Not sure if I will fly on this airline again"

Not Verified | I decided to fly with one stop because my sister will join me at FLL. Unfortunately, this flight was delayed for maintenance and the airline offered to go to NY JFK airport to take the midnight flight instead of coming back the next day. They offered me transportation but I had to argue to get a food voucher of $16.00 (I thought I would get more). They sent me to JFK more than 6 hours difference to my new flight. I could not sit, check my luggage or eat at the airport until I was able to drop my luggage, I was tired, hungry and my phone was dying, nobody provided me with special services since I have a back condition. I had to beg to take my luggage around 5.30 pm and the employee who helped me was king enough to change the seat to 1F, thinking I am flying on first class, not at all, they eliminate the first class service, they have converted into a charter plane. Plane left on time and I was able to rest after more than 24 hours without sleeping or eating. The odyssey did not end, on my return after 6 days, the flight back to FLL was ok but returning to EWR was the worst experience I ever had, the first plane was damaged, they claimed it was the GPS and the antenna and they tried to fixed it while all of us were sitting inside the plane, after an hour the captain mentioned that it will be not possible to fix the problem and they will provide us with a new plane, we supposed to leave at 9.30 am and it was 11.15 already and we learned we had to switch planes, I was ok with that because I would not agree to take off on a damaged plane, they brought the new plane and around 12.30 pm the plane take off with a bad a/c, all I felt after that was fear because the plane was giving other issues that I could not understand, I believe that this company JetBlue is having so many maintenance issues that is putting at risk all public who travels using this airline. I would not travel again unless I use non stop. Not sure if I will fly on this airline again.
10/10

✅ Trip Verified | The mint experience on JetBlue was really outstanding. The A321 had was awesome cabin lighting, our seat screens were pinned against the wall in the front and we got free unlimited wifi throughout the flight. Hazel, one of the FA’s, was very professional and made sure I had a full filling experience inflight and that I got the vegetarian option I needed for the meal service. The food was really good and my meal consisted of a Salad, pasta, ice cream with jelly on outside, and a tomato soup. Took a look at the amenities that were provided in a kit, such as tooth brush & paste, socks, and eye mask. I converted my seat into a lie flat bed and slept for 2 hours of the flight. 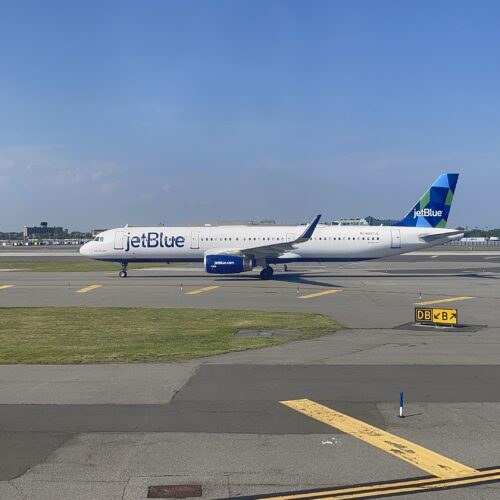 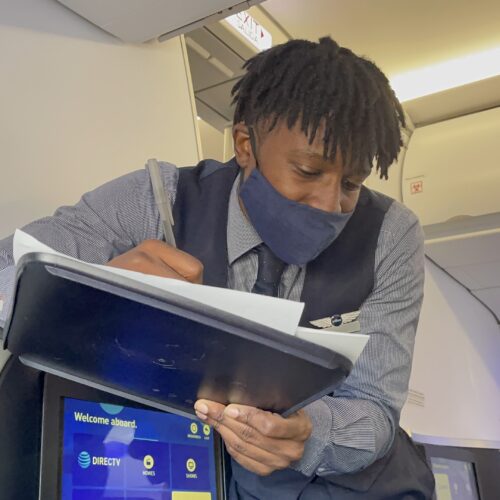 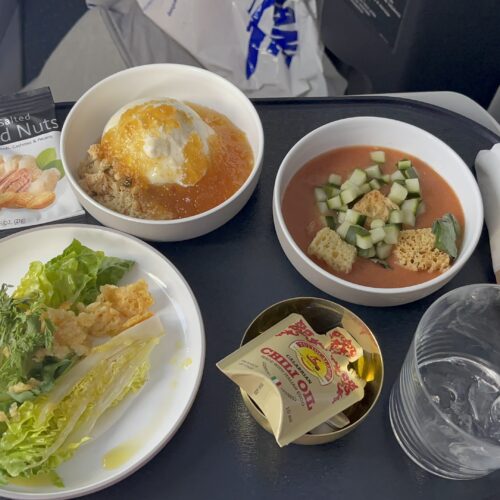 Not Verified | JetBlue has terrible service now. I will never fly them again. This is the second time in less than a month. My flight has been delayed four more hours, with no explanation but no crew. If that’s the case then cancel flights instead of having people waiting four hours. It wasn’t just my flight, every JetBlue flight was delayed. Just so Jetblue knows you have lost 3 customers and don’t expect your voucher from Jetblue, still never received the one from last month.
1/10

Not Verified | I purchased a flight on JetBlue's website on June 30th. I applied to receive a credit card through JetBlue. Their wait times are ridiculous I have spent about 2 hours and 40 minutes waiting for a supervisor. While looking at my statements just because I bought a flight for JetBlue they have charged me $18.25 for every ticket I purchase, they charge seats, and when I went to the counter they denied me ever purchasing the seat. The price they charged me was $53.15 for a seat I never sat in. When I called the bank, the bank informed me that I need to call JetBlue directly. When speaking to the representative she says that there is nothing in record of my purchases and sent me over to my bank. I have spent 15 days calling my bank and they redirect me to JetBlue while JetBlue redirects me to my bank. The representative repeatedly told me that she has no information and that she cannot help me. I asked her to redirect me to a supervisor and the supervisor never answered the phone. I waited an hour and 22 minutes longer to just get a supervisor.
1/10

"they did nothing to accommodate us"

✅ Trip Verified | They are horrible! We missed our connecting flight due to their error and being an hour delayed. It was a birthday trip and they did nothing to accommodate us to fix their error. They don’t care! They also have done this both the times I have flown with them.
1/10

Not Verified | Horrible experience! I was going to travel with my 6 year old daughter in August and coming back home in September. I purchased the tickets in mid May, I paid for my bags and the Even More Space seats over the phone. A week before traveling I received a notification that I was going to loose my seat if I don’t pay for it. I immediately call the airline and they said not to pay attention to that automatic message because everything was paid off. I call back the following day because I was concerned and just wanted to make sure everything was in order. The day that we were returning back home, we were at the Jetblue counter, the Jetblue employee told me I didn’t have a seat (remember I purchased the Even More Space seat for me and my 6 year old in May). I explained everything to her and showed her the confirmation that I got in the email. She had the audacity to tell me she can’t help me and that she can give me a seat in the back row while my daughter is sitting in the 5th row. I end up calling Customer service and waited 2 hours for someone to help me, because the lady at the counter keep saying “I can’t help you”.
21 to 30 of 1042 Reviews