✅ Trip Verified | I want to give every person who works for this airline a massive hug. Typically, flying economy from New York to Japan is a nightmare at around $900. This was not the case for Japan Airlines–let me count the bidets. They gave us ice cream. They asked me–nearly constantly–if I'd like something else to eat or drink. I had an entire row to myself–as did nearly everyone else on the plane. I slept, I worked. I have to say that–like everything else I know about Japan (very little) the plane exhibited a kind of antiquated futurism. Unlike most modern airplanes, it didn't have a plug for my laptop or really any movies I wanted to see. But that just meant I ended up not having to do too much work and I got to see the ending of Kenneth Branagh's Orient Express. Also, the bathroom lavatory has a heated toilet seat.
8/10

"it was good value for the money"

✅ Trip Verified | This was the second time that I've flown with JAL, but the first time in almost 20 years. Service on the ground and aboard the plane was good. I ordered a specialty meal and the food was okay. For both legs of the flight, I received a total of 3.5 meals. The half-meal consisted of a small sandwich. The aircraft was only about 60 percent full during the NRT-JFK leg, so I was able to occupy all three seats on my row. That came in handy when it came time to nap, as I could lie flat across all three seats. It still wasn't as comfortable as a real bed, but it was better than sleeping sitting up. JAL's inflight entertainment offerings could use some improvement, though. Its selection wasn't as extensive as those of comparable airlines. But, given the price I paid for my ticket during the pandemic, I'd say it was good value for the money.
3/10

✅ Trip Verified | For several days now I have been trying to reach JAL customer service to amend my return travel dates but have not succeeded. I called on different days and at different times. On every occasion, I was put on hold by the recorder for almost 2 hours where I was so frustrated and angry that I couldn't wait any longer. I am a Skyteam member and I chose JAL from many other carriers thinking that they are major airlines with customer service awareness and reliable after-sales support. However, It seems that I was totally wrong and disappointed. I would not recommend JAL to anyone with a flexible flying schedule as they will be disappointed as I was.
2/10

✅ Trip Verified | The cabin crew were amazing, the food portions were very small for someone 6'2" but okay. The in flight entertainment was rubbish. Arrival at Haneda, had to walk miles to get to the lounge. Food in the lounge awful, drinks only open from 11 am to 8pm, and we had connected flight next morning at around 11am. Lounge closed at 11pm and 12 business class passengers had to sleep in the airport. 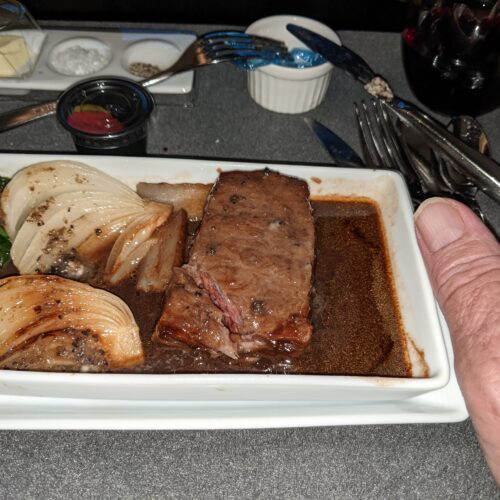 Not Verified | Thank you Japan Airlines for taking care of my Mom on her flight going back to US. From the airport ticketing office, to airport staff and airplane crew. My mom had a super nice and amazing flight experience going back to US. Special commendation and mention to Jerald Rosa of JAL NAIA 1, for assisting and accommodating us in all our inquiries even it is already out of his shift and was about to go home. Indeed giving an extra mile in helping us and answering all our clarifications especially during my Mom’s departure at the Airport when I am no longer there to assist her. Jerald and other JAL staff made sure she is okay and assisted her on all her needs. Really customer obsession and bias for action. Definitely a great and amazing first time with Japan Airlines and definitely will not only be the first. Kudos and continue giving a wonderful and superb customer service. 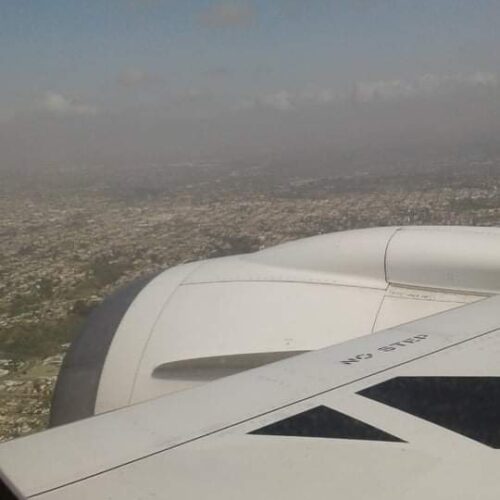 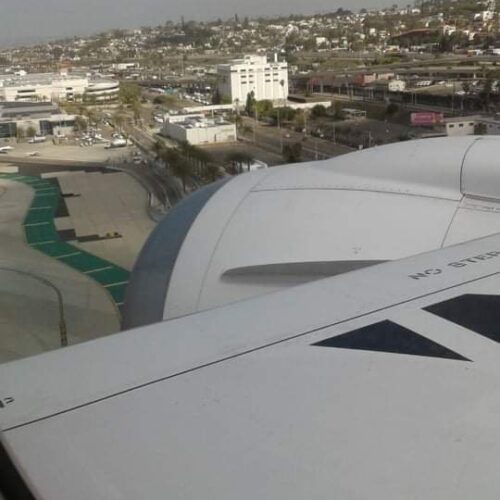 Not Verified | My family was flying from India to US through Japan airlines. My father tested positive for Covid and that was 8 hours before the flight departure and had to cancel the flight. The customer service agent I connected to named Shaik helped us in this situation in processing cancellation for the flight. My rest of the family was able to travel safely and had a great flight with good food and staff was helpful as well. It took some time for us to get connected to the India office but once we did Shaik helped us with everything right away and was also helping us navigate this situation through emails.
6/10

"seat in Premium Economy is narrow" 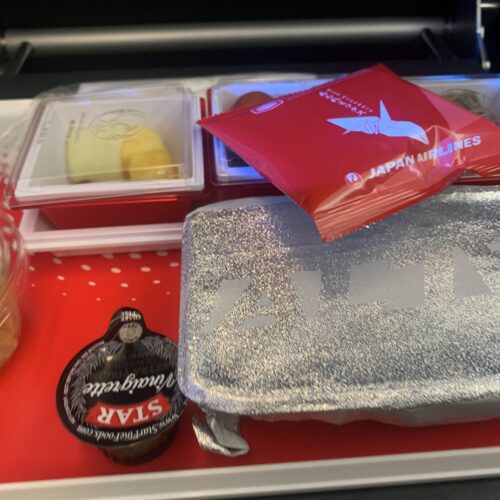 ✅ Trip Verified | Jakarta to Dallas via Tokyo. JAL is a great airline, but avoid their Premium Economy at all costs. The seat was tight in my opinion and I barely sleep on longer flights like this. The food was disgusting. The Inflight Entertainment is pathetic - limited movies, games, live TV etc. The staff was okay and the WIFI works, but slow. 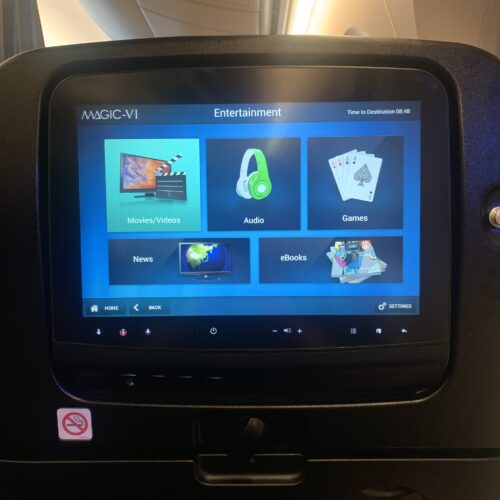 "following indications by the Japanese embassy"

✅ Trip Verified | I was supposed to fly from Tokyo to Barcelona, via Paris CDG through international path (no need to get in French, EU, or Schengen territory at any point, as it was clearly stated when purchasing the flight), I had chosen precisely this airline and route, because it was one of the easiest in terms of transfer and Covid restrictions, since my final destination, Spain, had no requirement for vaccination or any type of test, and the French authorities, and CDG site stated that there were no conditions for transferring through the airport. On arrival at the checking counter at Narita airport, JAL staff asked me for my documents and my PCR test results, to what I replied, that they were not needed to get to Spain. They didn't know about the Spanish conditions and were confused from the beginning. After discussing among the team, and calling different people on the phone, they informed me that they were requiring the PCR in order to fly, because they knew of someone that got rejected to transfer in Paris without PCR. They proceeded to suggest that i changed my route to go through Helsinki and London, when I had to inform them myself, that the route was not possible since the UK was for sure requiring a PCR in order to transfer at their airports. I showed the manager the official French government and airport sites explaining that PCR was not needed for someone transferring in CDG, showed that Air France was not requiring PCR for me to fly to Spain. All these took approximately 4 hours, and the only response I got was that JAL was following indications by the Japanese embassy in France, and that on their site, they suggested that everyone had a PCR in order to transfer in France. I was offered to change my flight for the following day, under the condition of getting a PCR test. I did get my PCR test and returned to the airport the following day. Hoping that with some time, they would have had time and the decency to at least check and apologize for the mistake. Nonetheless, I found myself with the same response, that the Japanese embassy in France was suggesting a PCR, so they were right to force me to get one. This whole situation generated a very bad experience and affected my trust in JAL.
9/10

"be ever grateful to all at JAL"

✅ Trip Verified | Please extend my respect and deep appreciation to those of your cabin crew on flight JL 8010 on 29 Sep 2021, as well as your staff at O'Hare International Airport in Chicago who made a great effort to return my tablet to me. I left my tablet on JL 8010 when I disembarked, but did not realize it until after I had taken a shuttle bus from the international to the domestic terminal at O'Hare. When I realized my tablet was missing, I was not sure whether or not I'd left it on my international JAL plane, but since time was so limited and I could not find anyone to make a call - or help me to make a call - to the international terminal (!), I sadly resigned myself to the loss of my tablet. Imagine then how elated I was when a woman from JAL called my name at the gate where I was just preparing for the last leg of my journey on a domestic US carrier (American Airlines). She had made the effort to find me to return my tablet. I did not get her name, so cannot thank her personally, but please let her know how much the effort meant to me. I will be ever grateful to all at JAL who made the extra effort for this to happen. Thanks again for such wonderful service.
1 to 10 of 369 Reviews