"I do not recommend them"

✅ Verified Review | Chicago to San Jose via Mexico City. My original flight times were I would leave Chicago at 1 pm with a 9 hour lay over in Mexico City and I would arrive in Costa Rica by 9:55. Well they have not only enlongated my layover from 9 hours to 15 hour they also delayed my flight another hour on top of that. When we asked if they could bump us to an earlier flight, which has open availability according to their website they said it would cost an extra $800. They still do not even know which gate we will be departing from and are required have to listen to their announcement. Which I might inform you are all in Spanish, which I do not speak. I have spent the first day of my vacation, which I paid for, in a international airport because of all of the inconviences they have put us through. I do not recommend them to anyone flying with a set schedule.
1/10

"don't use this airline"

✅ Verified Review | Chicago to Lima via Mexico City. The day of the flight they decided to change my return date flight two days after my scheduled one. I called and spoke to several representatives for about 3 hours to see why and they never gave me a straight answer. I asked to be compensated for hotel and food for the extra 2 days l would have to stay in Lima because of their fault. Again they transferred me to a different department and the person transferred me to the main (800) number. After an hour I finally reached a person who was trying to help. He said they can't do anything now but will file a complaint and I will hear a response in 10-15 days. It's been past that and I have not even heard sorry from them. Finally, I ended up rescheduling my return date flight a day early than my original date so I don't have to pay for two extra days worth of cost because afraid of them not reimbursing anything back. I however did lose a day of paid hotel and activities I had planned. Thanks Interjet but I will never use you again. Please people don't use this airline! Don't fall for their cheap prices as I did, I wouldn't want this to happen to anyone.
1/10

"does not care about customers "

✅ Verified Review | Miami to Cancun. This was the single worst experience we have ever had with any airline. They cancelled our flight from MIA to Cancun. First they said there was mechanical issues but later changed their story to bad weather so they would not be responsible. Funny how no other airlines flying the same or similar routes were delayed, much less cancelled. We called and spoke with customer service and after 4 times on the phone with them we were able to get them to agree to a full refund, considering we were forced to book new same day flights with a different airline. Well, here we are 5 months later and they have still failed to provide that refund. Terrible customer service. This airline does not care about their customers or doing the right thing. Avoid at all costs.
8/10

✅ Verified Review | Guatemala to Mexico City. Ground staff are helpful. Very quick check in. Flight departure right on time. In flight service value for money. Cabin crew are helpful and polite. In flight no have personal tv. Flight arrive before 10 mins of schedule time. Very good service if you think about money. 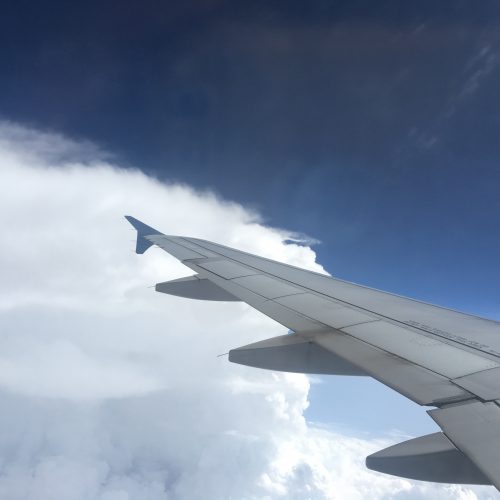 ✅ Verified Review | Cancun to Mexico City. Waited 90 minutes in line to drop bags. Was quite a wait and not fun for my 4 small kids. Priority check in had no line. Aircraft is new and there is plenty of space (I am 198cm). Flight delayed so far by 15min. Would only fly again if with priority checkin.
1/10

❎ Unverified | Havana to Houston via Mexico city. Horrific service. Arrive at Havana airport to be informed that airline changed our flight from Havana, which meant we lost our connection in Mexico city. We were not informed in advance and ended up stuck at Havana airport for 8 hours. There is literally nothing at the Havana airport, not even hot food. No one at the Havana airport could make arrangements for a hotel in mexico city as we were stranded overnight. When we landed at Mexico city we were forced to walk miles with our luggage to be dealt with so rudely by staff. Essentially we were ignored by counter staff until I was crying and begging for assistance from security. We waited nearly 2 hours for a hotel to be arranged that took an hour to get to from the airport, when there are hotels in and around the airport. Worst airline experience ever.
8/10

✅ Verified Review | Cancun to Mexico City. Flight delayed, also we had to wait at the parking place in Mexico city for about 30 minutes for busses to come, although it was a code share flight and many passengeers had a connection flight with Iberia. Remarkable there was lot of space among seat rows, more than in national carrier airplanes. Crew was friendly and helpful. Nice experience, overall.
9/10

✅ Verified Review | Generally a perfect flight with Interjet from Cancun to Havana. Check-in in Cancun was very friendly and fast. Flight was on time, friendly crew, onboard service ok. (Beverages non-/alcoholic and crackers). As used to mostly European airlines I had to point out that seat space is more than exceptional. Interjet seated their A320 with only 150 seats. Each row is 34" apart. Was now my fourth flight with this airline. All of them went similar to this one. Can only recommend Interjet. 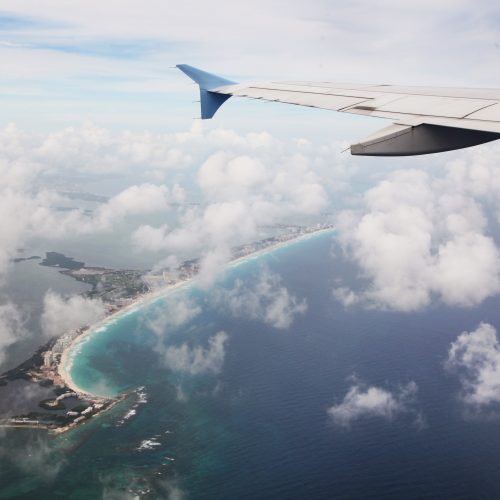 ✅ Verified Review | Flew Interjet from New York JFK to Mexico City. TVs were on and blaring for a majority of both our departing and returning flight, including at about 3 am in the middle of a red eye when they turned on the cabin lights so everyone could have drinks. This was incredibly obnoxious. It's 2017. If you want to watch TV you've probably got your own way to do it, or at the very least don't blast the sound throughout the cabin but offer a headphone jack. It was like being on a cheap bus when all you want to do is sleep but can't because of obnoxiously loud entertainment. If you can put up with that for the discount, then the airline was extremely cheap and did seem pretty reliable. But in my mind, it wasn't worth it, and I wish I'd known that this was the case before so we could've had a more pleasant travel experience even at a higher cost.
1/10

"worst experience with any airline"

✅ Verified Review | Houston to Lima via Mexico City. This is the worst experience I have had with any airline. I travel internationally very often, and am always looking for a good deal, so despite the terrible reviews about Interjet, I figured it was worth the risk. We originally were to leave at 6 am from Houston and get to Lima at 5 pm. Then they changed the flight from Houston to Mexico to 7am, only giving 1 hr layover, which they told us is not long enough to make the connecting flight. That was the only flight of the day so we were forced to take a flight the day before from Houston to Mex at 5pm and have a 12 hour layover in Mexico (and after being on the phone with them for 4 hours, they refused to give us hotel accommodations). They changed the flight from 5pm to 7am, meaning our flight time was now 33h 45 minutes in total. Still offered no accommodation. I called to verify the new 7am flight and they said that we still owed a balance. I had paid for the flights in full at the time of booking, but they stated they had raised the price and we owed $300 more. I thought that was illegal? They denied that they raised the prices and instead said I only partially paid at the time of booking. Even though I have the confirmation in front of me that states paid in full. I have never left a negative review of anything before, but I cannot stress enough not to fly with them. We booked them through Justfly.com and they are also extremely difficult to deal with over the phone.
181 to 190 of 214 Reviews