"Such inexperienced and unprofessional airline staff"

✅ Trip Verified | Me and my wife were headed for our honeymoon to Maldives (March 4-10, 2021). But despite having all proper documentation (PCR covid, health, etc) we were stopped in Kolkata by Indigo Airlines. They gave us a hellish experience - finding faults and even accusing us of not knowing protocols. I am a frequent international traveller. She didn't even know where our arrival ticket was as it was lying in front of her. She didn't give us any option(s) nor reassurance or help. She was intent on ruining our vacation. My tired wife cried in despair. I don’t like to berate somebody online but these kind of people need to be exposed. Such inexperienced and unprofessional airline staff shouldn’t be allowed to malign the good name of the company. 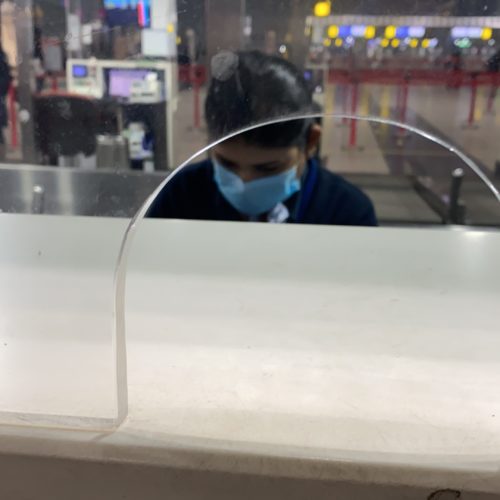 "wait for 12hrs to reach in Dubai"

✅ Trip Verified | Dubai to Goa via Mumbai. Passengers had to wait for 12hrs to reach in Dubai, due to technical issues they said and landed In Oman, but didn’t give a proper space to freshen up or to rest and haven’t provided and facilities and after reaching at Mumbai at 1am they asked to wait 12 more hours to wait to catch the connection flight to goa without giving a space to rest. No proper meal also provided. It was 7.5hrs total flying time instead it took 30hrs.
1/10

"3 days and managed to locate my bag"

✅ Trip Verified | I lost hand baggage which was essentially checked in baggage from Bangalore to Mumbai. The staff did not allow me check in two cabin bags as per indigos one piece policy and lost my bag. I coordinated with Bangalore Airport lost and found department for 3 days and managed to locate my bag.
9/10

"IndiGo does the job very well"

✅ Trip Verified | Our initial flight which was supposed to be a direct flight from Mumbai to Kolkata was cancelled and so as an alternative the airline offered various alternatives, one of which was via HYD which we took. The airline claimed that the flight was cancelled due to Covid restrictions but is clear that the flight was cancelled due to lack of good loads and so instead of the usual travel time of 2.5 hours the total flight duration was almost 6 hours which could have been better. At least during the online check-in the airline didn't charge us for paying extra for the seat selection which was a slight relief. Both the flight segments themselves were quite okay and departed well on time even though some of the conduct of the passengers was questionable like not wearing the face shield / hazmat suit for the middle row seats even despite the crew reminding the passengers to wear it numerous times. Nowadays when flying low cost carriers, it seems like a bus journey with wings where the airlines try to get as many passengers stuffed inside the aircraft as much as possible. If you are a passenger who likes to travel in a bit of exclusivity and luxury without feeling claustrophobic about the number of people surrounding you, you are better off travelling on other airlines. But if however, you prefer getting from point A to point B with slightly cheaper fares, then IndiGo does the job very well.
1/10

✅ Trip Verified | Extremely dissatisfied with the Customer Service Relations team. Due to unforeseen and unavoidable circumstance, my flight from Mumbai to London Heathrow was cancelled and hence I wanted to cancel my flight from Tuticorin to Mumbai. I had requested via email to honour and waive the cancellation charges but to no avail. It would have been a gesture of goodwill to waive the charges at least a certain amount and not half the ticket price.
10/10

Not Verified | I am extremely satisfied with Indigo's service. I was visiting my daughter in USA and had a transit in Delhi via Agartala. I was extremely nervous as I am a senior citizen and my previous booking with Vistara for the same destination was suddenly cancelled. Indigo was extremely courteous and helped me every step of the way. Not only did the staff help in Agartala, Kolkata and Delhi but a young gentleman from their airline stayed and helped me out in Delhi when my flight to USA was delayed. I am forever grateful to this gentleman to provide such service during this pandemic situation.
9/10

"their dedication and willingness"

✅ Trip Verified | I would like to thank Indigo staffs for their dedication and willingness to help in critical situations. Especially ground staff Aishwarya at Kannur airport who has helped me to get my laptop from my brother to me even after my boarding, at the very last moment to start the journey. That was very tense moments for me as I felt no point in traveling to Hyderabad if I can't bring my laptop with me to finish some important jobs. Thank you very much all the staffs who helped me in that situation. I am proud to be a frequent flyer in Indigo.
10/10

✅ Trip Verified | Kolkata to Bengaluru with Indigo. The whole process from booking through to de-boarding was done flawlessly and efficiently. During the pandemic, the airline made sure that everything was safe without compromising on quality. And even though the fares were higher than average, this was a trip that was needed to be made and the crew and airline did really well. There was sufficient information regarding the destination regulations for each state which was of tremendous help. The crew enforced the safety regulations well and the staff were polite throughout: from bag drop till de-boarding. Thank you for the flight.
10/10

"this was an excellent airline"

Not Verified | Delhi to Goa. Had read some negative reviews so was slightly apprehensive. I shouldn’t have worried this was an excellent airline for a low cost carrier. Everything was exceptional from check in to boarding. The crew were so immaculately groomed and the cabin service was excellent. Nothing was too much trouble. They worked hard to ensure that the cabin was as tidy as possible to enable a quick turn round for the return flight. Maybe other low cost carriers should have a look at Indigo to see how it’s done!!
21 to 30 of 349 Reviews