"atmosphere of the cabin pleasant"

✅ Verified Review | Lyons to Bordeaux–Mérignac with HOP! Regional flights of 1 hour 5 minutes. Both flights were on time. Plane is not my favorable CRJ1000. Cabin is narrow and the seat makes you feel cramped. The atmosphere of the cabin pleasant, food service standard, coffee and soft drinks. Staff was okay. 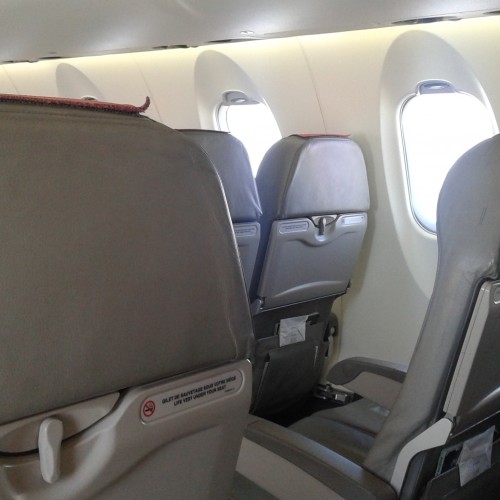 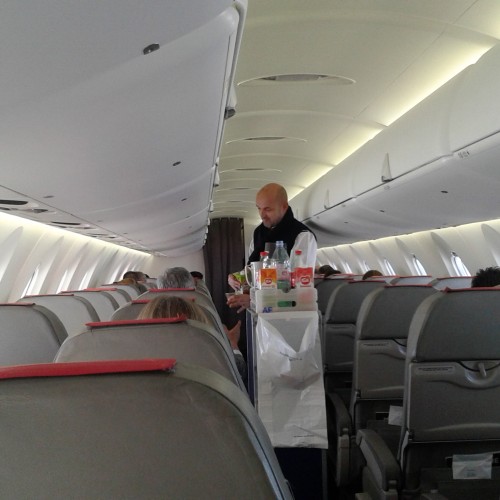 HOP! provides since a few time a regular travel from Pau to Paris by small jets CRJ-700. Tickets are cheap and services are the same as Air France so it is a good value. I never had problem with this company I'm used to take. Services are good. Travel are all regional in France so very short. Seat comfort does not take the same part as long-haul.
1/10

HOP! is the regional carrier of Air France. I flew from Brive Vallee de la Dordogne to Paris on AF 5523 at 5.50 pm. When it was almost time to board I was surprise that no one went through security. Looked at the monitor, nothing special. Look at the AF app and I saw that the plane which was suppose to leave in fact went back to Paris due to a technical problem. No announcement and when I met the ground staff they told me they could not say anything, that's why we had no announcement. Half an hour later, the flight was cancelled and it was the last flight of the day. Hop chartered a bus to drive us to Toulouse 130 miles south, a bus with no air conditioning and we had a heatwave in France. Of course not a bottle of water, not a voucher to get a sandwich. Hop in Brive was suppose to book the flight between Toulouse and Paris and of course, they did not. We had the chance to board the last flight to Paris at 9.10 pm. To be short a nightmare with a terrible ground flight, no apologies. We were nothing for the staff in Brive.
11 to 13 of 13 Reviews