✅ Trip Verified | Where do I begin… arrived at airport before start of boarding. Booked first class tickets for the family in row 1 because a representative from their dial-in hotline said that’s where the bassinet would be. We decided to spend the additional money to ensure our 4 month old infant son (and us) would be comfortable. First, there was no first class boarding. Waiting in line with what seemed like every other boarding class. Second, arrived at our seats to discover there was no bassinet. The bassinet was the primary driver for the splurge on the 1st class seats… If I had seen the old ratty seats in the first class cabin in advance, I would have never opted to spend the extra money. Oh well… nothing the flight stewardess/stewards could do. They were incredibly polite. The plan takes off and everything sounds odd. After about an hour or two in air, we have to turn around due to mechanical failure. We were incredibly disappointed because it was virtually impossible to get our kids into the plane. We’ll it happens… Seemed like onboard crew was not given any information. Meals were served and unfortunately did not have much time to eat before crew had to clear everything for landing. We ended up landing back at LAX with emergency services crews everywhere. Quite literally a fleet of fire trucks. We disembark the plane and are instructed to stay by the gate. We stay there for quite a while. At some point, I notice the agents were no longer at the gate we exited the plan through but at a new gate with a new flight time and arrival time. I ask if this was our new flight and the response was less than enthusiastic. No explanation. No details. Seemed like they were looking to get back to their conversation and I was rudely interrupting. I go back to my seat and then the manager comes onto the PA system and informs everyone that the flight is delayed. I once again go to the boarding desk at the new gate and ask- “So, what are the options now?”. Answer now is “You’ll get a room, meal vouchers and then come back for a 1:45pm flight. I respond by telling them I would simply go home. I have 2 very young kids and it’s going to be incredibly difficult to I come back that early in the morning… what are my options? Answer was “well you can take the room and voucher or not… that’s up to you. If you want a refund, you would have to call. I forget the name of the department they mentioned. Once again very short and semi rude replies. Whatever, we’re now instructed to pickup our bags at bag. I call the hotline and more of the same. Essentially go on the early morning flight or travel 2 days later. No compensation for the lost time, lost money in other bookings, transportation, etc. not that I had asked but their general go to was “file a complaint”. In conclusion- planes are old and tatty. Food was by far the worse I’ve had on an airplane, and almost all levels of customer service were incredibly bad. I’ve never seen an airline with staff so uninterested in what they do. I do have to note their in-cabin crew was very nice. They seemed to have truly tried to help. Everyone else was god-awful. Remember… if this was my experience in first class, what would it be for folks in the other seats?
4/10

"unable to sit with my husband"

✅ Trip Verified | I traveled using this airline for my honeymoon and I was unfortunately disappointed. Although the Hawaiian feel was fun and they provided much appreciated snacks/beverages, I was unable to sit with my husband on both flights to and from my destination even though we had purchased the tickets together. The seats are extraordinarily uncomfortable making the 5 1/2 hour flight painful. I will not be using Hawaiian air the next time I travel.
5/10

"said this may have been a computer glitch"

✅ Trip Verified | I booked 2 flights with Hawaiian airlines (HA) directly through their website. I tried to check in and and baggage for my flights the day before when I received the email reconfirming my flight. It would not allow me. So I called. The customer service rep told me the amount I had paid for said flight was just to "place my flight on standby" and the 2 seats I purchased were not actually confirmed. He said this may have been a computer glitch because this never happens or sometimes with HA this happens because people want to pay their taxes for the flight at the airport. This has never happened before with any other airline I have used. I received no notice that my flight was not confirmed, instead I received the opposite that my flights were confirmed. If I had not called I may have gone to the airport to find out there were no more available seats on the flight (customer service rep told me this). This is crazy. I paid another $100 something for taxes. At first I thought it was a scam, but realized that didn't make sense because they had the correct flight info and my info before I have it to them. So thank God it wasn't a scam, but risked almost missing 2 flights on my honeymoon because of a "computer glitch" or failure to contact me to let me know my flight was not confirmed. None of this makes any sense. Customer service rep was very nice and worked with me. But extremely frustrating and still do not understand how this happened
1/10

"Overpriced on luggage and unfriendly"

Not Verified | Flight 167, terrible gate service. After 20 years of flying with this airline you just lost my business. It seems the gate people favor visitors over the local Kamaiana who are the main source of keeping your airlines open. Overpriced on luggage and unfriendly.
9/10

"thank you Hawaiian for a job well done"

✅ Trip Verified | Boarding at JFK's Terminal 4 orderly and efficient. Seats comfortable for the nine hour flight back to Honolulu. The cabin crew was awesome with their food and snack service. The complimentary wine with the meals is a nice touch albeit the only course was a vegetarian pasta dish with salad and cookie. The snack prior to landing was good as well, especially with the mac-nut chocolate included. The flight itself was extremely smooth with very little turbulence along the way. Of the various airline pilots from different companies which I have flown, HA pilots make the smoothest landings, well appreciated. HA's entertainment could use more varieties of movies, and definitely a wi-fi system on board which HA has none. All in all thank you Hawaiian for a job well done. Hawaii truly does fly with Hawaiian. 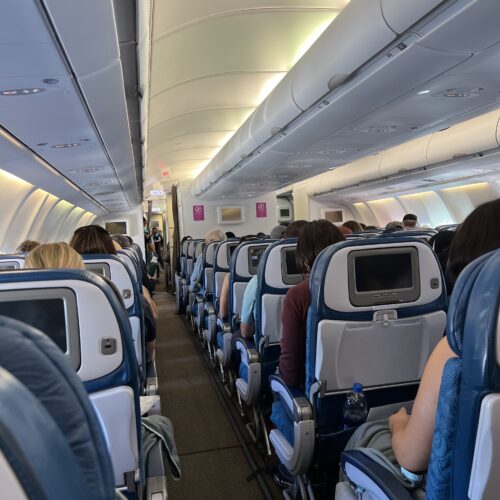 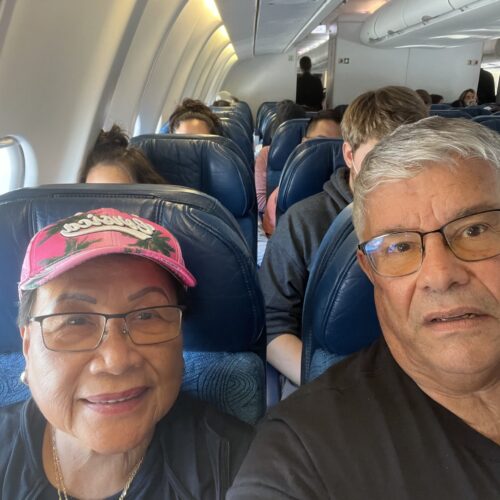 "Leaving all competition in the dust"

✅ Trip Verified | Leaving all competition in the dust. Despite being a single aisle aircraft, Hawaiian delivers on this route. Great seats and legroom are accompanied by warm efficient service. Warm greetings and consistent attention really make the difference. They served a very good substantial warm lunch with a separate dessert course. F/A’s were constantly making rounds offering top off’s etc. Only negative is no wi fi. Compared to the competition…well there is none. Tired of the tight spaces and dour faces on the other carriers.
1/10

✅ Trip Verified | I fly interisland often in Hawaii and have flown with both Hawaiian and Southwest. SW has them beat by a long shot. SW flight crew actually assist with boarding on the plane, greeting you as you board, ensuring carry ons in the overhead compartments are placed neatly, this makes a big difference in shortening the boarding process. Flight attendants on Hawaiian just watch as passengers take their time wondering which compartments they should pick. This just prolongs the boarding process so if u have a tight connection it just makes it stressful. And you can't beat the price and service for flying SW. Sorry HAL, there's a new kid on the block.
3/10

✅ Trip Verified | I will never choose Hawaiian airline anymore in my life. Both the ground and cabin staffs literally offered zero service! There were other couple things that happened and made me angry. But today I will particularly talk about a young male attendant who was on HA 21 from Seattle to Honolulu on August 20 morning. I asked him for a Coke while he was serving food and drinks, but then I politely asked him to exchange it for a zero. I used all sorts of polite words when I asked him, so I didn't feel I had offended him in any way. But he reacted to me with extreme impatience. He even stopped, looked at me and let out a loud sigh. I told him I was sorry when he changed it for me. But then the more I thought about it, the angrier I got, because it wasn't my fault at all, and he had no reason to be impatient with a small request from a customer. I can understand that he might have this irritable personality but I don't think that's the kind of personality that can work in the service industry. If he could read this post, he would know I was talking about him. I really want to hear an apology from him.
5/10

✅ Trip Verified | Employees were all friendly. They only came around twice for drinks in a 5 hour flight. Paid extra for leg room but the seat was so uncomfortable! Ticket was expensive and the ride was torturous, the seat was so bad!
1/10

"flight attendants did nothing"

✅ Trip Verified | We called ahead of time and asked to make sure our 2 year old, who had his own ticket and seat, was seated next to his parents. When we got to the gate and asked the gate agent why our tickets were not together, they could not give us a good reason. The gate agents began barking orders to us as if we were the cause of the confusion. After we boarded, still without having at least one parent next to our 2 year old, the flight attendants continued to be rude and unhelpful. They said it was ridiculous that these seats were not together. We agreed but no one would fix it. It is absolutely stupid that we should have to request a second time to have one parent by a two year old who has a purchased ticket when we called ahead of time and were reassured our child had a parent by him. Fortunately, there were kind passengers that happily changed seats. The flight attendants did nothing except stand together in a stupor.
1 to 10 of 466 Reviews