"Food served to me was horrible"

✅ Trip Verified | Very disappointed with our flight from Bali to Sydney. The air conditioning was freezing cold or absent so we spent the night trying to get warm or get some air. Food served to me was horrible. My mother in law is a diabetic and fortunately we had some chocolate bars with us for her to eat.
5/10

✅ Trip Verified | Beijing to Denpasar Bali. Disappointed by Garuda Indonesia on this specific service, especially when compared to their other A330 flights from Denpasar or Jakarta to Australian destinations. The aircraft is older than most other A330 services (built in 1998) and its interior appears to have stayed the same, with no inflight entertainment screens, comparably tiny overhead baggage bins, seat pitch of around 31 inches in an all economy layout. It seems like GA operates most of its oldest aircraft in all economy configurations on flights from Indonesia to Beijing, due to the comparatively high percentage of tourists who are very sensitive to price. However, at a similar price to other both Chinese airlines and international ones offering a connection, it's definitely a hard one for GA to stand out from the crowd, even if at a comparatively lower price. However, on the good side, the fantastic cabin crew service as well as its food is still shown on this flight. 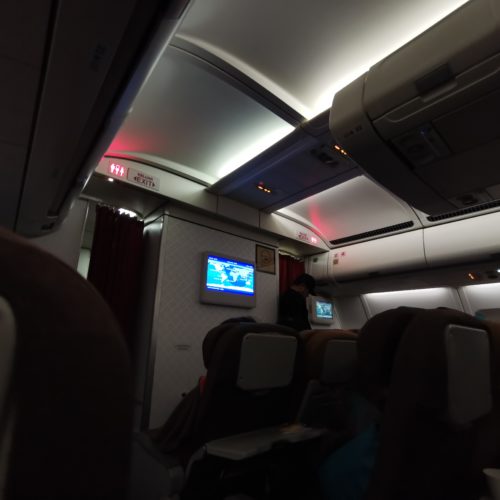 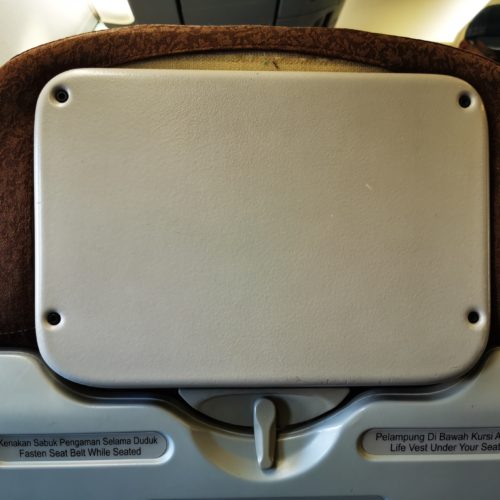 ✅ Trip Verified | Melbourne to Denpasar Bali. Overall a very pleasant experience and lives up to its 5 star rating and best cabin crew awards. Legroom is amazing. It appears to be at least 34 inches, and coming from other airlines offering 31 inch legrooms on international flights this is immediately apparent. In fact, it is so roomy when you need to get out of your seat your seat mate won't even need to get out of his/her chair, only needing to tuck their legs a bit back and you are out. Food provided was very pleasant, with metal cutlery provided in addition to multiple frequent drink services. On this specific route, I would definitely recommend Garuda Indonesia over other airlines simply because of the experience you get from them.
10/10

✅ Trip Verified | Jakarta to Tokyo Haneda in First Class. Yet another excellent flight on Garuda Indonesia. As it was a late night flight I chose to sleep and had pre-ordered my breakfast, which was served approx. 1.5 hours prior to landing. The food was delicious. The crew were very friendly, helpful and provided excellent service, they really made the flight enjoyable. We arrived in Haneda, Tokyo on time and I was escorted via immigration and customs by the Garuda Haneda ground staff. Overall great flight and experience. Garuda Indonesia also provides a free wi-fi voucher and the connectivity was excellent.
9/10

✅ Trip Verified | Boeing 737-800 from Tanjung Pandan, Belitung Island to Semarang, Central Java via Jakarta. The hospitality started from the ground staff in Tanjung Pandan who helped me politely in issuing my boarding pass since I had a connecting flight to Semarang. As it was my first time to fly from Tanjung Pandan airport, the staff was informative and patient in explaining airport facilities and the directions. On board, the cabin crew welcomed and served me with warmth. The menu was fruit cream puff and chicken croquette, the taste was amazing. Landed in Jakarta on time then proceeded to transfer service desk where the staff helped me about my connecting flight. On Jakarta-Semarang leg, the cabin crew were warm and smiley. The menu served was tasty chicken bread. The flights could have been better if the in-flight entertainment movies were updated and added with some new releases. Overall, Garuda Indonesia showed its class in delivering high level genuine hospitality. 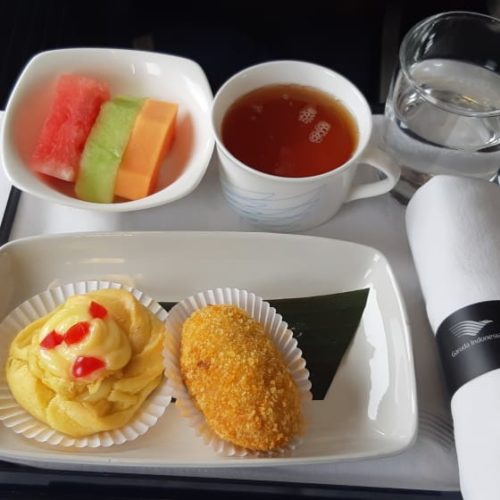 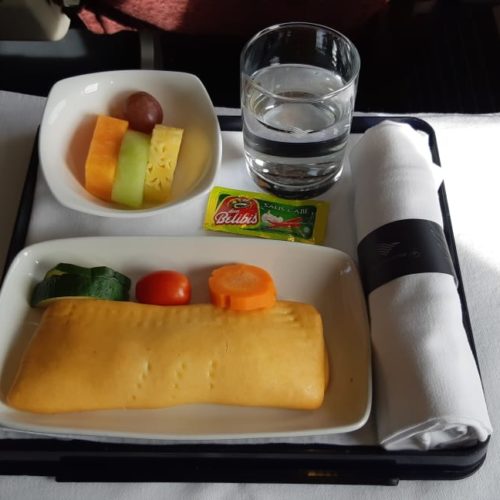 ✅ Trip Verified | Palembang to Jakarta. The cabin staff were friendly, kind, helpful, and respectful. Their smile was warm like they did their job from their heart even though it was a full plane.
9/10

"service onboard was very good"

✅ Trip Verified | Amsterdam to Jakarta via Medan. The check in process was adequate, however it was more like a transaction rather than a check in as the person checking m in seemed bored. I note that Garuda use agents in Amsterdam rather than their own team. Garuda uses the KLM lounge in Amsterdam which is quit large, however it is mainly full from early morning until midday, therefore very difficult to find a seat. Therefore I went straight to the gate and waiting for boarding. We boarded on time, however the aircraft pulled back a little behind schedule, but that did not delay our arrival in Medan. Onboard the cabin crew started serving drinks as soon as we sat down and also took note of what I wanted after take off. The menu selection of food and drinks was quite good and the crew keep coming around offering snacks and drinks after main meal was served. The main meal which I chose was the COD and it tasted very good and was well presented. After arrival in Medan I was assisted through immigration and baggage collection. After clearing customs my baggage was taken by the ground staff for forwarding to the Jakarta flight. The Medan-Jakarta sector again was good as their was a selection of Asian and western food available for breakfast. Again the service onboard was very good. With the exception of the check in experience and lack of seating in the KLM Lounge in Amsterdam, overall it was an excellent flight with outstanding onboard service.
1/10

✅ Trip Verified | Amsterdam to Denpasar via Medan. I was initially excited to be travelling with Garuda on the new A330 neo. However that excitement soon faded and the worst business class flight I have ever taken. First of all the crew weren’t ready when we boarded, no alcoholic drinks were offered pre take off. It took them 3 hours to serve lunch. The starter was a prawn and the main course of beef was as tough as an old boot. Service continued to be incredibly slow throughout the flight. The thing that got my blood boiling was when a member of crew asked whether an ill member of crew could sit next to me? I said no because I didn’t want to catch what they had. To my amazement this was ignored and when I returned from the toilet the said crew member was asleep next to me! I will never fly with them again.
8/10

"IFE still awful and nothing new"

✅ Trip Verified | Denpasar to London via Medan. We settled on the Boeing 777 for return leg luckily as the A330 was awful. The cabin crew were amazing and food was decent. It's definitely worth seeing which aircraft it is before booking. IFE still awful and nothing new. Luckily the live sports made up for it.
10/10

✅ Trip Verified | Jakarta to Amsterdam via Medan. The ground experience was very smooth in Jakarta, The flight was excellent even though it was slightly longer due to re-routing via Saudi and Egypt due to the recent Iranian incident. Two meals were served - dinner and breakfast and snacks were available through out the flight, I was tired, therefore I opted to sleep. My seat was very comfortable and I slept for 7 hours. The breakfast was delicious with the onboard Chef adding his personal touch. The cabin crew were extremely friendly and provided an excellent service. Wi-Fi was available on the Medan to Amsterdam flight.
11 to 20 of 837 Reviews