"overcharged for my baggage"

✅ Trip Verified | Got overcharged for my checked baggage and than it was a different charge for the same checked baggage. Gate agent kept pulling people from the line to check their carry on and once we didn’t meet requirement, charged us an additional $100. Staff member told us with a bad attitude “we warned you 3 times. Other airlines significantly cheaper when you calculated the additional fees. Never flying Frontier Airlines again
1/10

"Not a single apology"

✅ Trip Verified | Was delayed 2 hours. Made the passengers spend an hour inside the flight. There were pets on the flight. Poor things were agitated waiting for the flight to depart. They could have waited until the flight was ready to depart to board. Nickel and dime everyone for every single thing. Not a single apology from anyone for the delay.
1/10

Not Verified | This flight was disgustingly horrible. We started out boarding at gate D1 then they switch our gate back to E4. Then when we got there they proceeded to switch our gate back to D3. Needless to say everyone on the flight is exhausted and sweaty from running around the Atlanta Airport. Then when I went to inquire about the actual flight departure time the agent at the front desk was rude and nasty with me as if she had to run around the airport herself. I rest assured that me and no one who is boarding this flight would recommend that NO ONE EVER FLY FRONTIER. They charge for everything and are super unprofessional. If you dont take my word for it you will see yourself.
2/10

✅ Trip Verified | Rude and pushy gate attendants, 2 hours late, charged me 100.00 at the gate for my personal item that meets airline requirements. Bag had small wheels that would not fit into the rigid sizer but was actually smaller than what is allowed - 15x13x8. And fit no problem on my flight from Buffalo to Tampa. Needless to say will not fly with them again. Big money grab and unprofessional, not to mention the terrible seats. Emailed customer service but said they could not refund as no report was submitted at the gate. 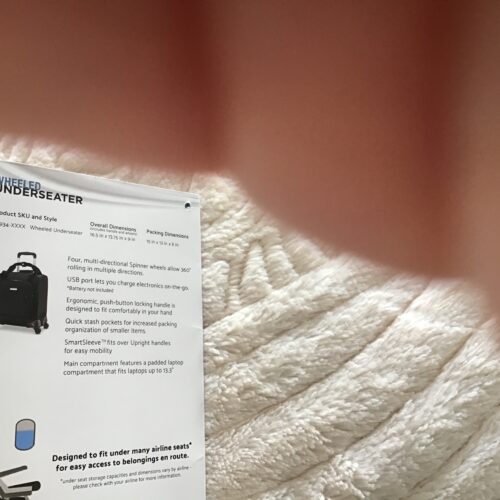 "charge me again for the luggage"

✅ Trip Verified | I purchased a round trip ticket from Chicago to Orlando for a funeral. The funeral was delayed so I called 2 days prior to my return in order to extend the date of return. First of all you can't talk to anybody in customer service because they don't have one. I was attended by a third party (orbit) and they charged me an extra $133 dollars per traveler in order to change our flight. Next Frontier charged me $118 for my luggage and $40 to get my seats. When I arrived to the airport they couldn't find my tickets and said I took off to Chicago. What, I'm right here! Well they said that they had to charge me again for the luggage because I missed my flight! Well its $158 dollars and you could call customer service for a refund. They charged me $5.00 to talk to an agent, $3.50 for water on the plain. Everything cost money on these flights.
1/10

✅ Trip Verified | Traveling with young kids can be hard, and incredibly stressful. Traveling with young kids by yourself is harder, which was my case It sounds like helpful, understanding, compassionate, and owning up to their huge mistakes were unfortunately not the words of the day for a mom who was recently traveling on a Frontier Airlines with my three-year-old daughter from Santa Ana to DFW early January. My child's stroller was completely damaged upon receiving it at our layover in Las Vegas (where Frontier airline attendants told me to tell them at our final destination of the damage). I then had to somehow with no help from the airline and my situation of having no workable stroller to transport my carry on, diaper bag, toddler, damaged stroller to our connecting flight, with our flight being delayed by 5 hours. I was furious! After landing finally at DFW at 2am in the morning, I went to the baggage claim office, and the process to figure that out, what to do about my situation of my trashed stroller, took way too long, and resulted in my finally being told by Cecil who was solely handling the incident at customer service from the baggage department that the manager the following day would call me for an update, and she ordered me to let her take the stroller, and that she would give it to their department that fixes items like baggage, and if Frontier could not fix it, they would reimburse me for the stroller if I could give proof with a receipt of how much it cost. She then got all of my information, my drivers license, phone number, trip confirmation number etc. and this would be given to the manager the following morning. I am guessing you already know the outcome of this, that this did not happen (the manager contacting me), nor did the airline fix or reimburse me for my stroller, hence my having to write this letter. It was actually way worse (after I finally was able to get an update on it ultimately by going all the way back to the airport) that they threw away my stroller, or one of the workers took it. I contacted the claims department online and tried to file a claim there, but they repeatedly told me to take pictures, even though I repeatedly told them that they took my stroller and it was in their possession. I have never faced a customer service department that is more difficult to contact. They have no phone number, just an automated chat that I am questioning even has a real live person option, based on my communication with a supposed "live" representative. I had to travel 1+ hours with my toddler all the way to the airport again just to receive a status update (where I found out it was thrown away and that Cecil the customer service representative that took my stroller and assured me it would be fixed or replaced was lying to me. She offered sympathy at that time, that she too had kids. This makes me wonder if she took it, because when I went back to DFW airport and spoke with Nenita, she aggressively said that it was against airline policy to fix damaged strollers. My stroller cost 300$ and I bought it used, but that isnt the entire point. They took my stroller and either threw it away or stole it for themselves. Nenita said that Cecil said I no longer wanted the stroller and that I accepted a 20$ umbrella stroller from walmart in replacement, being content. If this is the case, why was it held for 3 days at the airport having Nenita wonder why I wasn't picking it up.
1/10

"please learn to be honest"

✅ Trip Verified | Told maintenance issue and would be a bit - 1.5 hours later they announced they were waiting for the okay to fix the plane. Flight delays, 7 delays in total. Arrived at 5 pm and its now 10:48. No more Frontier, glad they fixed the plane, but please learn to be honest and tell time. They may have the lower prices, but you pay for your seat, carry on, and check in individually. So its still Cost you.
1/10

✅ Trip Verified | This airline sucks but if you read the reviews you should already know this. Delayed flight, horrible seat, lost luggage, just absolutely terrible. That was the last time I will ever fly that airline. Just simply awful. Pick literally anything else.
1/10

✅ Trip Verified | Absolute lame excuse for an airline. Extremely unorganized and unreliable. Grossly overbooked my flight as spent an hour trying to convince passengers to fly to a different city altogether. Forced everyone to size their bags and anyone whose bag was too big had to get out of line and pay. Those who tried to pay online couldn’t due to the poor quality of app and website. They charged me more than my flight cost just to bring a single bag onboard. It seemed as if more people boarded than there were total seats, and by the time the plane was supposed to be in the air people were still shuffling around the cabin trying to find seats, often separated from traveling companions. This airline is absolutely horrible and I will never fly with them again. I strongly suggest no one does, as the headaches, zero legroom, and insane overcharging of customers is not worth saving a few bucks. Their lack of organization directly caused delays, possibly affecting layovers. I’ve never had an experience this poor, and after trying Frontier once over a month ago I decided to give them another shot. They failed miserably yet again.
1/10

✅ Trip Verified | UNACCEPTABLE! Frontier Airlines changed our flight from a NONSTOP 3-hour flight to TWO 3-HOUR FLIGHTS with a TEN HOUR layover and a 4:30 AM arrival time. And then did not offer a full refund. Absolutely ridiculous!
1 to 10 of 2901 Reviews