✅ Trip Verified | Had a dreadful experience with Flyadeal today (20 Aug 2022) on flying from Dammam to Jeddah (flight time 1:55 AM) for Umrah. Having booked 6 tickets and reached around 5 minutes late and was denied check in, for a flight that was on delay for 25 minutes. One staff was frantically trying to connect to a system which would never open for about an hour, another staff would collect the current reports and slipped off saying nothing but "There's nothing that I can do" and yes the Supervisor, who does not care of anything but customer satisfaction. I always understood that customer satisfaction was of utmost importance for any business but on flyadeal it was nothing but the opposite. Also to point, all in unison said one thing "Take a New Ticket", easy when said. 10 minutes into our reaching the check in point, we noticed there were other passengers around 14 of whom some had reached even before us and facing the same problem. It was though the airlines was waiting for the clock to strike 12:55 and then close the counters for good. In spite of seeing me in Ihram and having said my intentions for Umrah, there was not a slight of consideration from the staffs or the supervisor, by which it struck me that they give high regards to their policy rather than Allah, that too in a country like Saudi Arabia where people are given value and not troubled for such trivial but unavoidable and genuine cases. In amidst of all this the supervisor had vanished, nowhere to be seen. Slowly the other staffs also began to move away and we were left with no one to raise a concern with. Also to take to consideration is that the flight was delayed for 25 mins and there was no problem for it, but a 5 minute delay from our end cost us our time, money and chance for Umrah. Airlines should improve their customer satisfaction areas as there can be always unexpected delays and a mere 5- 10 or even 20 minutes should be granted entry. Of course last minute entries are problematic and should be handled separately. Policies are always good to ensure correct procedures and delays but equally important is customer satisfaction and providing expectations on relevant cases.
1/10

"won't issue a boarding pass for us"

✅ Trip Verified | I had booked a flight with flyadeal for Aug20. On arriving the airport. The boarding time was 1.55 am and we arrived just 3 minutes after they close the check-in counter. We were a total of 6 tickets (my family). The staff there would not even issue a boarding pass for us nor would help us in any way they could. They just had one thing to say, book a new ticket then their counter would open. We were going to perform umrah, that morning. The saddest part was flight is still there and the flight boarding time is delay too, but what to do if those staffs over there at the counter won't issue a boarding pass for us.
1/10

"charged me the fees of my laptop bag"

✅ Trip Verified | The worst travel and service of my life, I am a frequent flyer on all kind of airlines regardless Flyadeal is a budget Airline they are residuals in terms of services and policy I travelled with my parents over 70 years of age and the counter staff / supervisor treated us very bad , rather than offering them wheel chair they made from is ping pong from departure entrance to counter four times asking to fit your handcarry, we are allowed 7kg each passenger and we are travelling 4 together holding two bags of 22kg as my parents can’t carry anything. we split into more bags as per the request of supervisor but now he said you weight is fine but number of pieces has to be reduced, all the mess he made of make money and he even charged me the fees of my laptop bag which he considered a separate piece on top of all when I complain he said you can make fuss here it’s my country not yours. This is the standard and service Flyadeal is providing and hired staff to rip-off people , the management have to have shame of giving such training to staff and teach them to respect the passengers and treat them like your guest.
1/10

✅ Trip Verified | Worst airline ever: 1) You can't carry a laptop bag unless you pay for it. 2) You cant get your drink on board, you have to throw it. 3) So much delay waiting to be seated. 4) All flights from Dammam airport go through gates directly to the aircraft without using a bus except for this airline. 5) So much delay waiting in the bus to get into the aircraft.
5/10

"prices are quite unreasonably high"

✅ Trip Verified | Flew on a routine domestic service from Jeddah to Riyadh. The aircraft was OK for the 1 hour flight. I had paid for meals and water which I never received. So I’m quite disappointed. Legroom was quite bad and the seat wasn’t uncomfortable. But I can’t complain much for the 1 hr flight. I have to say the prices are quite unreasonably high. 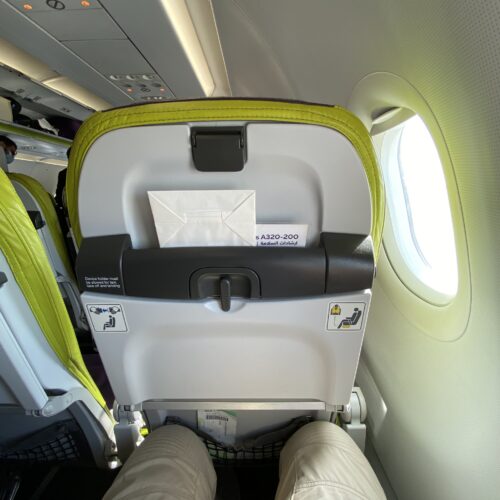 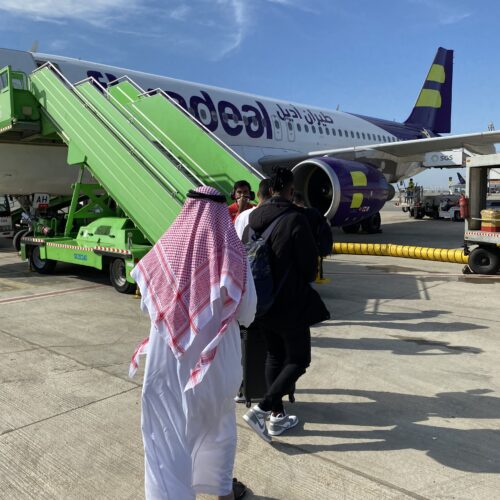 ✅ Trip Verified | Worst airline experience. From the moment you book the tickets till you get off the plane. I booked a seat and paid for it, when I board the plane, my seat was changed to the back of the plane. Check in employees were dead slow. Seat Space does not exist and they don't recline. The airline tries to rip you off all the time, through hidden costs are everywhere e.g. water bottle could be part of your ticket which you will pay but never receive, and check in costs.
1/10

✅ Trip Verified | Flyadeal price advertised price is not the real price which you will be asked to pay at the end of the booking process! You will be surprised with the additional cost. If you say from the start the flight cost will be for example 200$, why you add at the end 30$ for the seat cost! Where do you expect us to sit? On the wings or hanging on the airplane's landing gears! Hidden charges always leave the clients with negative experience, and indicate bad customer service.
1/10

Not Verified | I had booked a flight in 2020, however due to COVID the flight was cancelled and the airline issued me a credit which had an expiry in Mar-2021. When i tried calling the call center a lady went on a barrage of insults, and when I politely mentioned that I would lodge a complaint she went on "Yes, please do make a complaint if you can" in a threatening note. One of the worst airlines, never fly.
1/10

✅ Trip Verified | I've used many many airlines, but as bad as flyadeal I have truly never seen or experienced before. If I were to make a list of the worst 10 airlines. You definitely would take the first five slaots.
1/10

"be cautious with this airline"

Not Verified | I booked a flight with Flyadeal on June 10th from Riyadh to Dammam for June 21. On arrival at King Khalid Airport, I discovered the flight scheduled for 8.35pm, didn't exist. All flights currently stop at 6pm at the airport. This is at time of writing. I paid for the flight with my Debit card and am now waiting for a refund for a flight that never happened. Whether I receive my refund remains to be seen. Please be cautious with this airline.
1 to 10 of 18 Reviews