"they asked for the ticket"

✅ Trip Verified | Nadi to Christchurch. At the check-in they asked for the ticket out of New Zealand. It was a ticket from Auckland to Santiago. The agency from I've bought the ticket didn't sent the "booking reference" of the flight, but I had the booking proof and receipt of payment. Fiji Airways refuse to check me in because I didn't have the booking reference. They didn't even offer to help or suggest any solution, just saying I had 20min until they close the check-in. It was night time in Europe, and after 20min and more than 60 Euros on the phone I got the mighty booking reference.
10/10

"Would recommend this airline"

Not Verified | Auckland to Fiji via Los Angeles with Fiji Airways. Would recommend this airline. I lost my phone and the cabin crew went through the area and found it and were able to open the seat to retrieve it with engineers help. I really thank you or I would be lost in L.A.
1/10

"They cancelled my flight"

✅ Trip Verified | Sydney to Nadi. They cancelled my flight, and even after constant phone calls they only confirmed alternative accomodation the day before we flew. They refused compensation and when you complain they don't respond. Its a shame that there in flight experience isn't too bad - it is simply their reservations staff are understaffed or incompetent. The CEO in the inflight magazine encourages people to email feedback and yet they have not replied. They may be cheap but we discovered after our holiday they are well known for late cancellations.
2/10

✅ Trip Verified | Melbourne to Nadi. Booked my flight 1st April to fly on 19th August, get an email 3 days before we fly that our flight was overbooked and changed to fly out the next day. By then our accomodation has all been locked in and for any changes via booking.com will be a fee of the whole booking. I called the airline, emailed them and all they could do is say sorry, there was nothing they could do. Then coming back from Nadi to Melbourne, we had trouble checking in, we were told the flight was overbooked and that they opened a seat for us to accommodate getting both of us on the flight. The seats were separate to each other. I later found out when sitting next to a young couple with a 9-month year old, that I took their baby's seat where he was meant to sleep in and that one of the flight attendants said that they overbooked flights because a lot of the time people don't show up and that a lot of the airlines do it too. The flight attendants are lovely but the airline needs to get its act together and stop messing people around with their booking. "canceled both my flights"

✅ Trip Verified | I recently booked my travel to Fiji from NZ and without notice the airline canceled both my flights. My hotel bookings are done and are non refundable. I told them that I have to be back in NZ at any cost on 1st Sept but they have given me the flight back on 4th. The reservations team have no sense of customer service. They have been passing on my complaint/ concern from the email team to the so called manager who is behind the scenes and is not available to provide any response to me. They asked me to wait for 48 hours for a response and now after continuous follow up, they have asked me to follow up after 48 hours. With less than a week left for my travel, I have got no response for the team. I would never recommend anyone to use this airline.
10/10

"kind to me and my family"

✅ Trip Verified | Los Angeles to Nadi . Getting from Toronto to LAX was very time consuming and almost resulted in us missing our Fiji Airways flight to Nadi. We were quite upset but the wonderful treatment of the Fiji airways staff alleviated the stress. They were so kind to me and my family and seem very genuine. Coming back from Nadi was a breeze with no delays. Fiji Air had a wide variety of drinks, delicious meals and the IFE was substantial in the range of movies, games and music selections offered. Indeed the level of service, professionalism, and attention to passenger needs was indicative of a 5 star airline. These ticket prices are very, very competitive and they are adding A350s to the LAX route in a few months.
3/10

✅ Trip Verified | Brisbane to Nadi with Fiji Airways. Hidden fees, expensive, cartoons for entertainment and operated by Miami Air. This was booked as a Qantas flight however this is simply a codeshare so don't expect any decent standards of service. When I arrived at the airport I had to pay extra for a surfboard, Qantas allow surfboards for free. Then got on an old plane for this 3.5 hr flight operated by Miami Air which had one screen every ten rows on which they played a video of Tom and Jerry. They served terrible meals. This was not a budget flight nor was it advertised as a budget airline it was advertised as a Qantas flight. So with the additional surfboard charges it cost $800 for a 3.5 hour flight.
5/10

✅ Trip Verified | Nadi to Melbourne on one of their Boeing 737-800s. The journey was almost 6 hours and I felt cramped as it is a much smaller aircraft to the A330s they sometimes operate to Sydney and Melbourne. There was no wifi which wasn’t really a significant issue but there were no individual IFE screens, only overheads showing two films of the airline’s choice in intervals of the flight. Cabin service was ok and the meal was dinner, which also wasn’t bad. 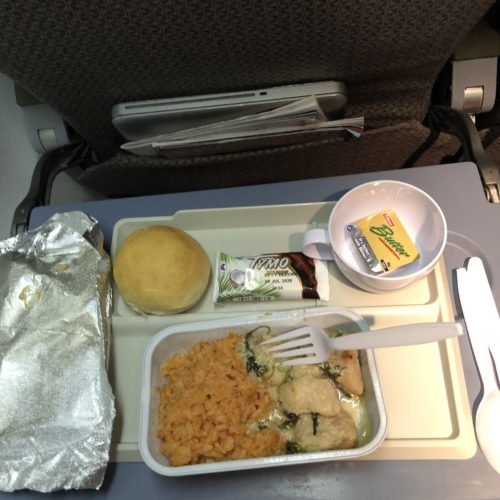 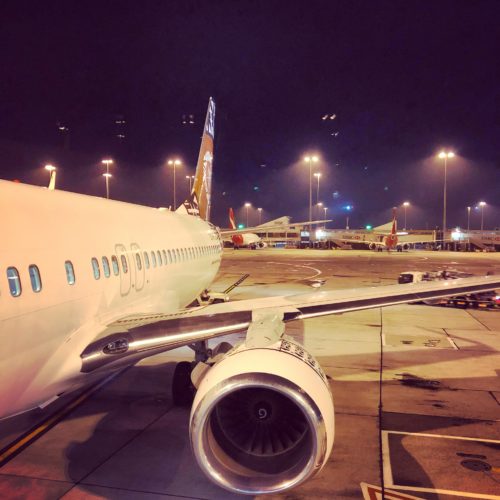 ✅ Trip Verified | Apia, Samoa to San Francisco with Fiji Airways. Seats were ridiculous! There was no room to move at all. Approx 2.5 feet between my own seat back and the seat back in front of me. 11 hours in the middle and I could barely walk. The staff were professional, courteous, and helpful. This was my 3rd time to the South Pacific/Asia and it was the most uncomfortable trip of all. We were simply sardines.
1/10

"disappointed with service at Nausori"

✅ Trip Verified | Suva to Nadi. As a frequent flyer with Fiji Link am disappointed with the level of service at Nausori Airport. I was due to fly FJ24 but due to issues with the aircraft they had to downgrade the aircraft to an ATR42 which meant at least 20 pax had to be offloaded. They were seeking volunteers, I happily volunteered. I was given a hotel which was pathetic but that is another story. The next day, I was told my pickup will be at 5.15 from the hotel. 2 taxis came, took other passengers that were assigned to them and left. I was waiting with two other guys, finally a taxi came I asked the driver about my pickup the driver said he was not aware. He called Fiji Airways and spoke to the rep and her reply was "I don't know about any Avneel or whoever he is" much to my shock. Mind you the phone was on speaker and I could hear what she said. The two guys offered me a lift, when I got to the airport the rep responsible for arranging taxi started pushing the blame to the manager from last night rather than apologising. When I requested the check-in staff for a window seat she rudely said "there is only one seat left". I have always had issues at Nausori, never at Nadi or Labasa or other airports I have traveled with Fj.
21 to 30 of 289 Reviews