✅ Trip Verified | I have flown many airlines good and bad but advise people to never use this airline. They deny boarding to English people who have already flown to Madrid and are happy to neglect their customers legal rights (not only us, a family of 5 this happened to also when we were on the flight 2 days later). We were delayed by 48 days losing 2 days holiday. It has been nearly 14 months battling them. They have continuously broken the law, ignored all authorities and played stupid games causing so much stress and wasting so much time. We still have not been compensated despite the law. They failed to look after us in the time we were stuck in Madrid and also failed to provide us with meals for our flight. Avoid at all costs.
2/10

✅ Trip Verified | Madrid to Havana. They lost our luggage on arrival in Cuba. At the airport we were told it would be sent to us when it arrived. Their call centre was closed the whole weekend and so we had to email them. We finally got a response from them 5 days later. Our luggage had already been in Havana for 2 days by this stage, but we had moved to our next destination. We were informed they would not be sending our luggage to us, and that we had to pick it up from Havana airport, 4 hours away from where we were staying at that point. Getting our luggage back at Havana Airport was a nightmare. The airport staff locked us in a cage (I am not even joking, I wish I was) and made us wait hours before they would attend to us. When they finally did, they took our passports into a closed office and made us wait outside. Very bad, and not to mention a security risk on so many levels. When we arrived back to Madrid, we sent an email explaining the whole situation to Evelop. We have requested compensation, which is outlined the European Law, in regards to emergency clothing and supplies purchased for the trips since we had no clothes, shoes - only what we had worn on the plane. It's now been 3 weeks and all Evelop have done is consistently ask us for more "documents". We originally sent the Irregularity report from the airport (which anyway contains every single detail they actually need to sort out the case) but then they asked us for boarding cards, baggage tags, even a copy of our original reservation with the booking reference! This is so unnecessary and it is very obvious that they are avoiding taking any responsibility whatsoever for the situation. They have not yet bothered to reply in regards to any resolutions for the inconvenience or the cost. If they would a good airline, they would have offered an apology and gone above and beyond to provide compensation for the incompetence we experienced in regards to the luggage they lost. I strongly advise against using this airline at all cost.
1/10

"This airline is a clear disappointment"

✅ Trip Verified | This airline is a clear disappointment. Had I known I wouldn’t be on a Norwegian plane where I at least know what to expect, I would have changed my flight immediately. On the way to Dublin, I was asked to give up my seat that I paid for by the flight attendants because the airline hadn’t set room for them to sit together in the back? I told them they could move me to first class where there’s a window so I can sleep (I had been up for 36 hours at this point and bought this seat for a specific reason), which they laughed off and then denied me. Apparently that didn’t sit well with them because I was ignored the rest of the flight by not being offered food or drink off of the cart, blatantly raising my hand and waving at the nearest attendants who, facing me, happened to not see me acting as if something was on fire. I had to call over two attendants when I saw them since they also didn’t want to answer my call button. One attendant told me nothing was available except a brownie, gummy snacks, and drinks. About 15 minutes later, I grabbed another attendant who politely checked again and got me noodles so I could take my medication. Now, I’m returning home and this plane is disgusting. We were to board at 1.30pm and fly at 2.30pm. We boarded just after 2. I purchased priority seating because I was not going to deal with the mess of waiting and I still had to wait an extra 20 minutes in the corridor. Apparently, the plane was on base last night or early morning but was stuck in a queue and couldn’t move to be cleaned and sorted? I’m not sure, but while we were in the corridor, an attendant asked a maintenance man for extra toiletries for the flight as there weren’t any. Now, I get to my seat and there’s crumbs all over, on the floor, and I get it. Flights back to back but when the plane has been on base for this many hours, it’s unacceptable. I look to my right and there’s nothing but trash, napkins, what looks like a McFlurry lid, food, etc. just in this one area. I have never, ever flown on a plane so gross and useless. I wish I were able to give 0/10 for everything except entertainment (which works, surprisingly) and sodas/water/tea that’s average everywhere. 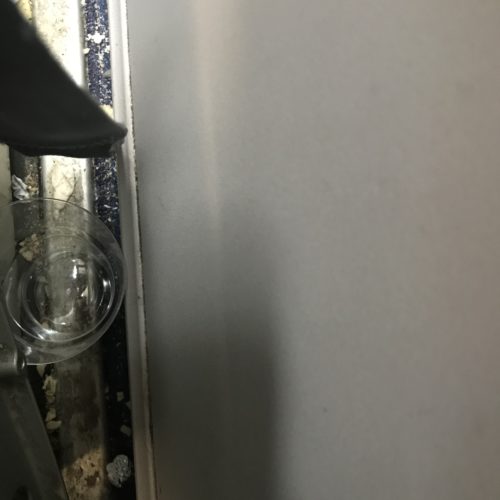 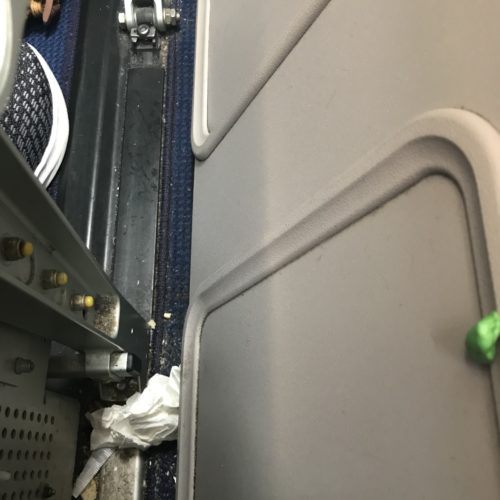 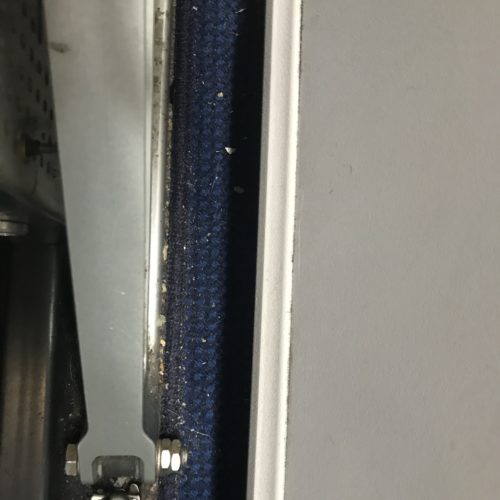 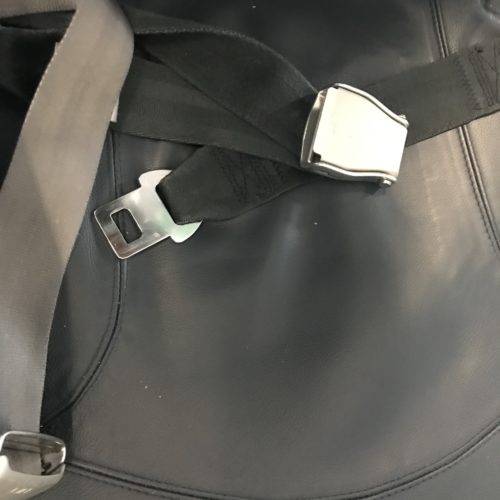 "plane seemed to be in good shape"

✅ Trip Verified | I flew Evelop Airlines through an Avianca "wet lease" flight (AV015, MAD-CLO). I can therefore only comment on the plane and crew. The plane is a full Economy plane. Seats layout is 2-4-2. Seats are regular, in dark grey leather. Pitch is tight! Tighter than on most of the flights I took lately (Avianca, Iberia, Air France), and recline is limited. Inflight entertainment (IFE) is individual (my guess of the 9" type), with the now standard headphone jack and an usb plugs. Movies and series choice is quite limited with rather old movies, I was happy to have my own tablet loaded with series and movies. The plane seemed to be in good shape though. Food standards were those of Avianca so it is not really relevant for this review, but a pizza slice as a second meal was really a cheap move!! This plane seemed more like a charter flight type of setup, which would not have been a problem if I would have paid for a cheap charter flight. But since it was an Avianca flight operated by Evelop!, I did not expect a charter flight type of treatment.
6/10

"I would recommend Evelop"

✅ Verified Review | Madrid to Punta Cana. Long queues to check in. Only 3 counters for 380 people. Aircraft clean and well maintained. Standard seats with no PTV, only overhead screens with English / Spanish movies. They offer a free hot meal with two options of main course and a snack / breakfast before landing. Flight on time and friendly crew. Considering they have packages with child for free and good prices, and airplanes are newer than other Spanish charter airlines, I would recommend Evelop.
2/10

"the leg room is very limited"

Evelop Airlines is a relatively new Spanish airline based out of Palma de Mallorca, flying to / from Southampton. Just a few points to be aware of. Evelop do have a website, whereby you can pre-book seats (you can't through Thomas Cook). I paid and received my confirmation. However when we got to the airport they would not honour the seat reservations and we had to be given different seats. This was very difficult for us because my son is Autistic and doesn't like change. The check in desk say they have never been able to reserve seats on Evelop flights so just be aware that this is a rip off! Also worth remembering the leg room is very limited. My son is just over 6' and couldn't get his legs behind the seat. I have travelled with better airlines in the past.