"I would travel again with Eurowings"

Not Verified | I would travel again with Eurowings. Friendly staff, even left my granddaughter go into the cockpit for her birthday. Left on time, landed on time, no delays and luggage was quick coming through - well done. 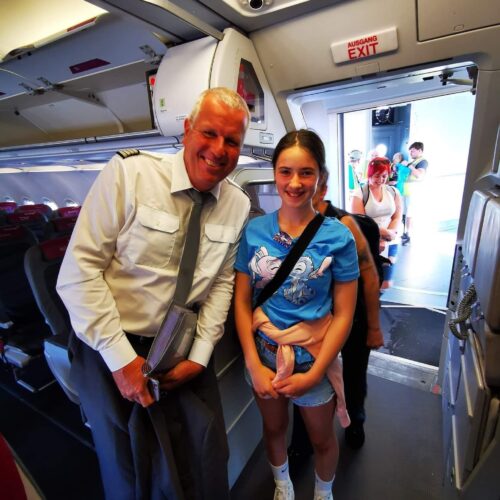 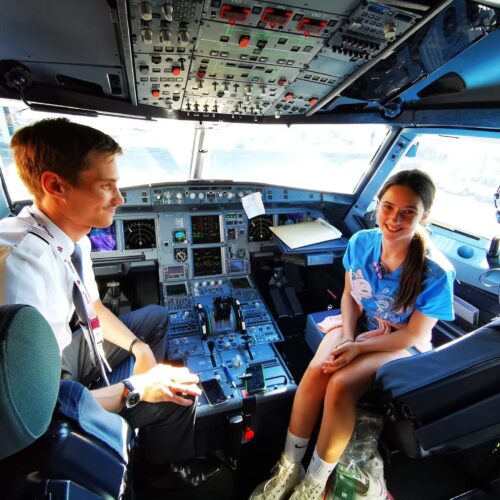 ✅ Trip Verified | 10 hours flight, AC so high it feels freezing and they don't give you small blanket. Just small pillow. Monitors without headphones. Coffee without sugar. Delayed 5 hours because there was no staff to clean the plane. And now waiting for a gate for 20 minutes after landing. Just stay away.
2/10

✅ Trip Verified | Worst airline ever flown I had booked a flight from Marseilles to Vienna with a stop at Düsseldorf. The first flight was almost an hour late, so I missed my connection. At Düsseldorf, I was given a new ticket for the flight to Vienna and told to report my check-in luggage missing. Now, four days later, I have still not heard anything from my luggage, despite having reported it immediately. There is zero customer service. Nobody will help you to locate your missing luggage. The worst flying experience I have ever had.
1/10

Not Verified | Shambolic company. Left us stranded in Stuttgart for 2 days following cancellation. No support staff. Now 2 months after sending expenses claims finally respond to my emails to say they can’t find my expenses claims. This is 2 months after constantly chasing for a refund and no responses. Disgusting way to treat your customers and they hide behind emails, no real customer service and unwilling to pay back expenses that they caused due to cancellation of a flight that we were boarding as they cancelled! No offer to help with hotel / food, they just didn’t care
1/10

"I will never fly with Eurowings again"

✅ Trip Verified | Flight postponed two times, then cancelled. No chance to get alternative flights that late. Automatic rebooking is a joke. Ryanair is operating normally. I will never fly with Eurowings again. By the way I am still waiting on my reimbursement for another cancelled Eurowings flight from two weeks ago
1/10

"worst airline I've ever flown on"

✅ Trip Verified | Easily the worst airline I've ever flown on. The flight was moved several times, but each time it was moved it was within the two-hour window, so we were not allowed a refund or reschedule, but by the time the changes were done, we were set to arrive three hours late. Right when boarding was set to begin, they delayed it by 30 minutes. Then we were bussed out to the plane, where we sat for two hours because the air conditioning wasn't working. In 90 degree heat with the door open, we were never offered food or water. We were constantly told the issue would be fixed soon, and it was not. After the flight, I put in a complaint because we arrived 5.5 hours after our initial flight plan, and they never responded. Put in another complaint, still no response. If you're considering flying Eurowings, I'd recommend just taking a train wherever you're going. It'll be cheaper, less frustrating, and you'll get better service.
1/10

✅ Trip Verified | Eurowings flight operated by Avion Express Malta. No business class available. No extra legroom. Seats not cleaned. Cabin crew really annoying and doesn't care. And they stuff others handbags on top of yours without being gentle. Just slam and press it in and close the lid. 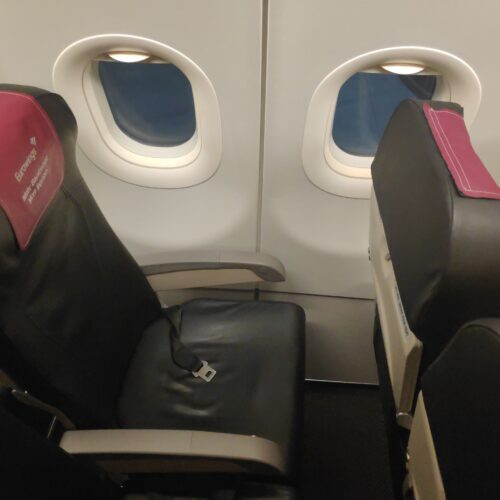 "charged us each 50 EUR for our small carry ons"

✅ Trip Verified | The flight from Venice to Stuttgart was delayed because of a general italian strike, Eurowings postponed the flight for a couple of hours and we missed our connecting flight to Hamburg. We arrived to Stuttgart, the ticket booking desk helped us with the rebooking to the flight we wanted to catch the next day and we were told to go to the hotel and then charge back the costs to the airline. Up to here, all good. The airline did everything as they should. The problem started in Stuttgart airport at the Eurowings boarding gate for our flight to Hamburg. We booked Basic and payed additionally to drop each our luggage. We only had a small carry on (we travelled light) and we checked if we can dropped what we payed for at the boarding gate and the answer was yes! Especially happy due to the problems that are currently happening with the luggage. We done so in Venice, so why wouldn't this be allowed in Stuttgart? The lady working at the Eurowings boarding gate in Stuttgart, decided differently and charged us each 50 EUR for our small carry ons, so we can drop them next to the plane. We thought it was because the plane was busy or full. No, the plan was half empty and there was a lot of space for more carry-on luggages. I haven't experienced a more dishonest and literally dedicated to customer unsatification employees as these lady at these gate for a very long time. I would not recommend to use Eurowings when flying via Stuttgart and if possible to use Dusseldorf as connecting airport.
7/10

"not bad for a low fare carrier"

✅ Trip Verified | We had booked a Smart fare and were pleased with the extra legroom and effective priority boarding (though the seat was a little hard for a 3 hrs plus flight). The plane operated 45 mins late. The queues for check-in and to get into the departure lounge were long and slow, partly due to Eurowings justified attempts to weed out oversize cabin luggage. The smooth process of boarding and stowing cabin baggage made up for the earlier queues. Strangely, after one pass through the cabin to sell refreshments the cabin crew disappeared for the rest of the 3 hrs plus flight. At Hamburg the plane was met by buses, but the disembarkation process was smooth. Overall Eurowings was not bad for a low fare carrier -- comparable with Jetstar and a cut above Ryan Air.
1/10

✅ Trip Verified | We paid 897 Euros for three tickets ONE WAY from Berlin to Catania Sicily. At the checkin desk, the Eurowings representative checked our two suitcases in and saw our hand luggage and approved them. Two minutes before boarding, we were taken aside by impolite and unfriendly attendants who told us that since we were in Group 2 (i.e we did not pay enough), trolleys (one of our approved hand luggage pieces) cannot board and needs to be checked in or paid for with 50 Euros! On the flight, less than professional flight attendants. We changed flights in Stuttgart and landed in Catania exhausted from a night of flying. In Catania one of the checked in suitcases did not arrive! Two days later the suitcase has still not arrived. Horrible, service and atrocious prices.
11 to 20 of 386 Reviews