"They simply don't care about their customers"

✅ Trip Verified | We had to pay for blankets. Blankets! This was an overnight flight. People sleep on overnight flights. Or try too anyway. 8 euros for blanket rental when prices are currently highway robbery is disgusting. Also had to pay for earphones and all alcohol. Felt like a budget short hop outfit had decided to do long haul. Inflight entertainment choice very limited. The crowning glory, and admittedly I've had this issue with other airlines, they were late in arriving and they of course knew how many passengers had onward connections and the windows for each connection. The sensible thing to do on such a full flight would be to politely ask the non transferring passengers or those with hours until their next flight to wait a few moments and let the others off first. Seems like common sense to me. Well common sense doesn't seem so common for this airline so it was basically a bun fight to get off the plane. Missed my connection by 10 minutes so currently sitting in Frankfurt Airport for 7 hours. And how much was the voucher for food (which I had to ask for)? 10 euros! Not even enough for a dry sandwich and a bottle of water. The problem is a fundamental one. They simply don't care about their customers.
1/10

✅ Trip Verified | Flying from Male to Toronto. Flight was 3 hours late from Male. Very bad in-flight services. We have been served food only once since last 8 hours. No snack, tea or coffee. Lights were turned off throughout. No infotainment on the plan. Not even charging ports.
1/10

✅ Trip Verified | Warsaw to Toronto. The most awful flight I‘ve had. I booked a flight from Warsaw to Toronto with LOT Polish Airline but after boarding, we realized that we will fly with Euro Atlantic Airways and of course nobody warned us. In the plane cabin crew told to some people that they have to take other seats, even when that person told them that they paid extra for that selection. Nobody apologized and switched them anyway. Seats were extremely narrow, like in short distance aircraft, uncomfortable and in bad condition. Multimedia didn’t work, personal light didn’t work, ventilation system didn’t work. Some members of the cabin attendants were rude and didn’t care about our questions and requests. Door in the lavatory was damaged and it was impossible to get out of here, calling cabin crew members button didn’t work and I was lucky that other passengers helped me. The meal was provided with LOT so it was okay and I can’t complain. Also, some flight attendants spoke very bad English and several times I tried to explain that I need an extra blanket. I got it, but some passengers didn’t, they were told, that they are out of blankets, but I saw a lot of them near the galley, right on the empty seats. The flight took 10 hours instead of 9 and we also were waiting too long until we can leave this narrow hell. Never recommend this to anyone! 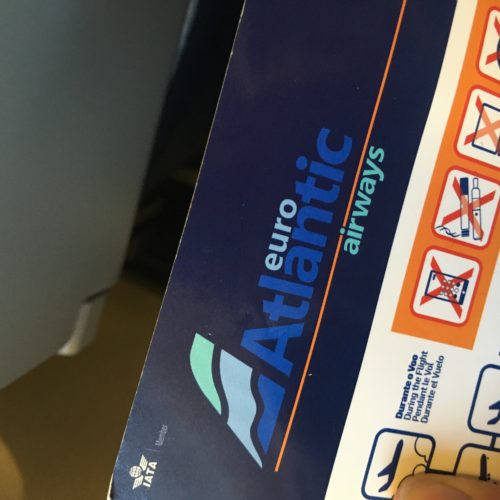 "I would have rather walked back"

✅ Trip Verified | Flew back with euroAtlantic Airways due to Thomas Cook going bust and to be honest I would have rather walked back! Even though this was a repatriation flight it was well over priced! Flight cancelled twice without any reason. Then delayed once boarded for over an hour. I had paid and booked for premium class with Thomas Cook, this aircraft had premium seating. On boarding the aircraft I explained to an air hostess that due to a surgery I had I needed better seating than economy. I was told she would look into it, this was never done. I later found out that a minimum of 2 premium seats were left empty for the staff to use. I asked for a pillow to use to sit on, again they didn't have this. Even though this was an overnight flight the food was terrible and looked as though it has been packed from Manchester and left on board until we finally had it. The drink service again was terrible. Warm drinks, no ice and 2 small drinks on an 8 hour flight. No tea or coffee facilities unless you went to them. There was no entertainment on board the flight. Even though TV’s were fitted to each seat these were not active. This made for an extremely painful and boring 8 hour flight! In the toilet there were panels missing and what looked like dead bugs in the cavities where the panel was missing. Upon landing back at Manchester the plane was pretty much dropped on the ground and the brakes were slammed on! Overall you might as-well cancel your holiday if you have to fly with this company. 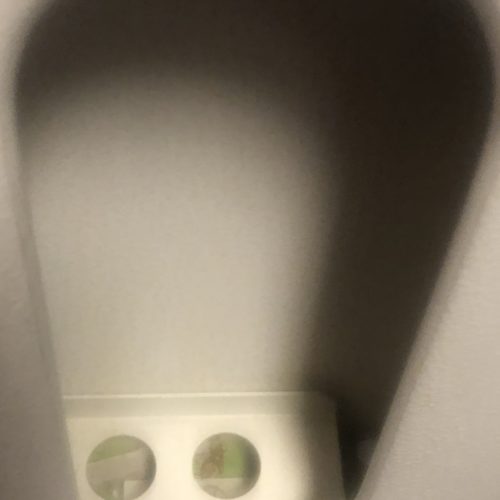 Not Verified | New York to Copenhagen. The seats were absolutely tiny. No screens. This was in place of Norwegian. The flight attendants were nowhere to be found most of the flight. The lights were on all night. When I left the plane, I felt like I could breathe again.
1/10

Not Verified | Originally booked Icelandair direct flight from Halifax to Reykjavik Iceland for our honeymoon. Due to the grounding of the Boeing Max airplanes they cancelled all their summer flights out of Halifax and rebooked us flying out of Toronto. The day of our flight we were told the Icelandair flight would facilitated by euroAtlantic. This airline should not be used for long haul overnight flights. This plane has the most narrow and uncomfortable seats I have ever sat in. My hips are black and blue from the arm rests digging into them for the nearly 6 hours of the overnight flight. My husband could not even sit with his knees infront of him. The seat configuration in economy was 8 seats across 2-4-2 (typically for a Boeing 767 it is 7 across!). I sat on j offered blankets for comfort, due to the ultra thin seat padding. And no individual air made the flight unbarable. Do not recommend for long haul flights. Never again.
2/10

"the most uncomfortable flight"

✅ Trip Verified | Lisbon to Salvador. I booked my flight with TAP and expected to be flying on a TAP flight. In the event it was a euro Atlantic flight. I have flown this route more than 50 times so am well used to it. Without doubt this was the most uncomfortable flight I have had on this route, really very uncomfortable. I wrote to TAP but received no reply so this is just a heads up to others to avoid this airline if you have other options. The aircraft was clean and well presented but this did not make up for the lack of padding on the seats and their very small size. For a short haul of a couple of hours it would have just been tolerable but on long haul very very uncomfortable. There were also issues with the inflight entertainment not working.
1/10

✅ Trip Verified | A Norwegian Paris Orly to Newark flight operated by EuroAtlantic. Horrible experience from start to finish. Cabin lighting works intermittently, and neither the personal lights nor the entertainment systems work. The crew basically ignores passengers. If you didn’t pre-order a meal then it’s 8 hrs with no food or water if you don't buy onboard. Baggage restrictions are just the start of the nightmare.
8/10

✅ Trip Verified | LOT Polish flight from Budapest to New York operated by EuroAtlantic Airways. The flight attendants are very nice and dynamic, food and drink are those of the company that rents the plane. The inflight entertainment is not so great, has only 15 movies, some music albums and a few tv shows. The flight map was't work but the seats were quite comfortable with enough legs space. Overall was a pleasant long haul flight, around 10 hours. 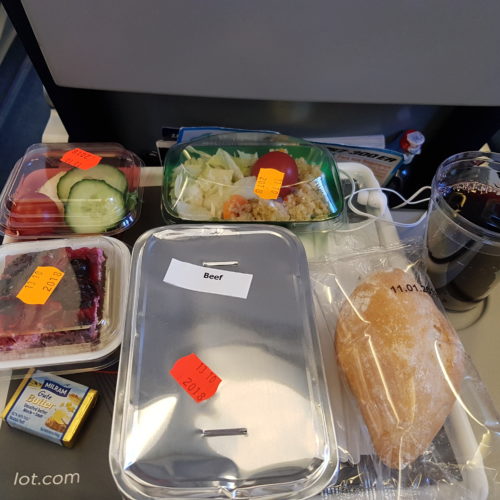 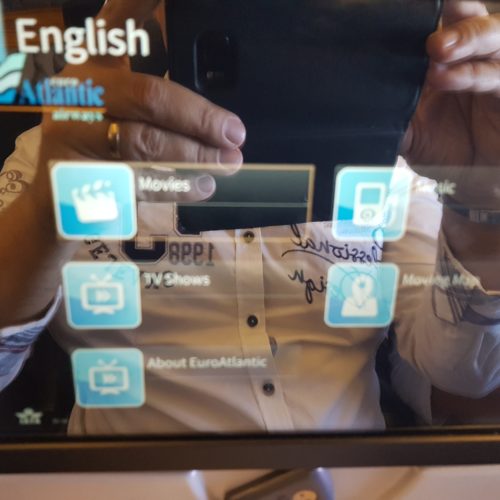 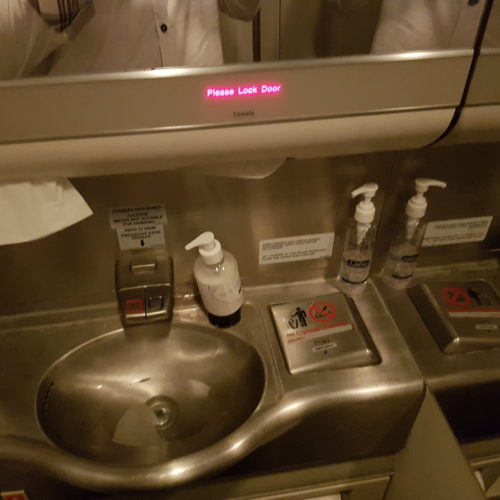 "This was the worst flight "

✅ Trip Verified | Paris Orly to Newark. This was the worst flight I have ever taken including domestic and international. The seats were broken with absolutely no space and this was an 8 hour flight. The crew were rude and had no knowledge of the plane. Water was €3 and blankets were €5. We booked through Norwegian and had no idea until got on plane that we weren't flying Norwegian. The food was inedible. We had flown the last 3 weeks in 5 different airlines and had not experienced anything like this.
1 to 10 of 15 Reviews