"experience before boarding is simply horrible"

✅ Trip Verified | I have a reservation from Detroit (US) to Hyderabad (IND) via JFK and AUH. I have checked in all my luggage at DTW for Jet Blue from DTW to JFK and I wasn’t told there would be a charge or I will not be allowed to carry both carry on and back pack with Laptop. At JFK I had to wait for the Etihad counters to open for more than an hour, once the counter is open they asked us to move to a line and had us wait for 40 mins to start/open the counters. I had to wait just to collect the boarding pass because I couldn’t get them from online. When I reached the counter they charged me 60$ as I am carrying a backpack for my laptops. They just said they changed the policy from July which is ridiculous. The overall experience before boarding the flight is simply horrible. Never book through Etihad especially when having a internal transfer with in USA.
6/10

"affordable but not glamourous"

Not Verified | We flew Etihad to Rome Fiumicino and back via Abu Dhabi ,it was good but not great. When we got the airport check in was smooth however we had booked a bulkhead seats for all flights for my dads 50th but since they changed the plane from a 787-9 to a 777-300 meaning that we couldn't access the bulkheads seats and the Etihad staff were rude and refused to give a refund and we had to pay more for fees. The plane was older than expected, Inflight entertainment screens were tricky and average quality and it was showing its age. food on both flights were bland and repetitive meat rice and veggies but they offered drinks consistently, The layover in Abu Dhabi was terrible and lines were long the second leg from Abu Dhabi to Rome the 787 was better and easier to sleep in. Overall Etihad is affordable but not glamourous.
1/10

✅ Trip Verified | Poor service from most staff, bad and salty foods, damaged my hard case bag. Will not choose this airline given a choice and won't recommend. My outbound flight in September got a damaged table too 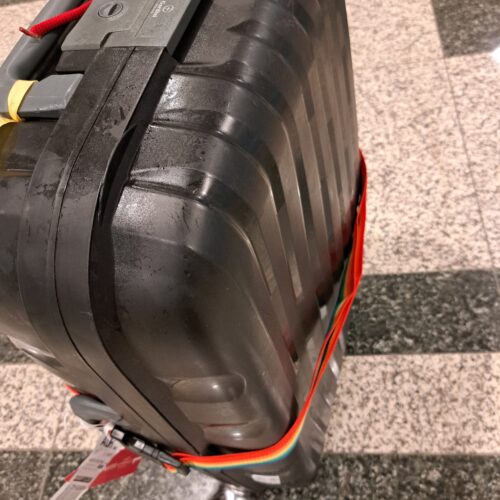 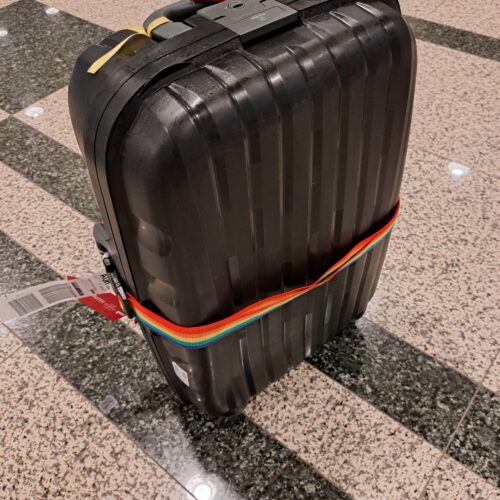 ✅ Trip Verified | Amazing and professional Cabin Crew, the aircraft was clean, new and seat very confortable. Cabin senior on this flight was walking at all time and checking on passenger, she did ask me fourth times if everything was okay., Thank you Etihad airways
1/10

✅ Trip Verified | The leg from Melbourne to Abu Dhabi and Abu Dhabi to Melbourne was the worst flight of my life, both ways. I've flown the route from Melbourne to Vienna many times with Emirates, Qatar, Qantas, this was hands down the worst experience by far. Not only was the plane for this 13 hour flight 20+ years old, the seats were unbelievably uncomfortable, the bathrooms were filthy, on the first flight the toilet flushing button was smashed and covered in filth. The food was awful. On returning home, I looked to see if I could book a premium economy seat to alleviate the discomfort. The website told me the seats I selected were unavailable, but charged me 222.00 $ each time I clicked a seat. I was charged multiple times for seats that were unavailable. I immediately called Etihad and asked them to refund me. I was told I wasn't charged and my bank would release the funds in 24 hours. On the flight in question I was given one of the worst seats, in the very back of the plane in a seat that didn't recline. 5 days later, the money still isn't back in my account. I call again and say I'm going to dispute with my bank, they ask for 24 more hours to reverse the charge. It's been three days, a total of over a week. They're still keeping my money.
1/10

"I had the worst experience"

✅ Trip Verified | I had the worst experience with Etihad Airways among all the flights that I've took so far. On July 31st i had a flight from Incheon, South Korea to Istanbul. After I received my baggage it was dented and cracked in some places and I got a report that it was unrepairable. I contacted the airlines about the issue but they refused to cover the damage and closed the case right away. I don't recommend anyone to fly with this company. 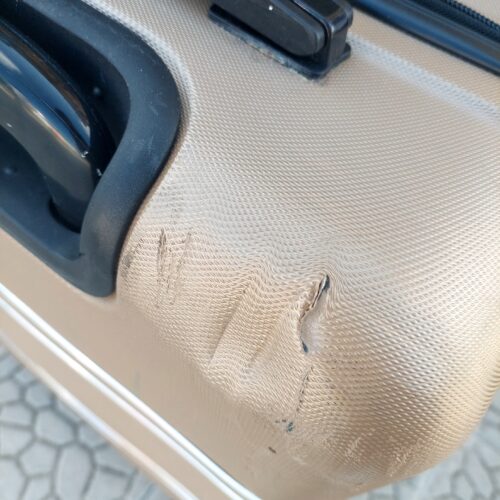 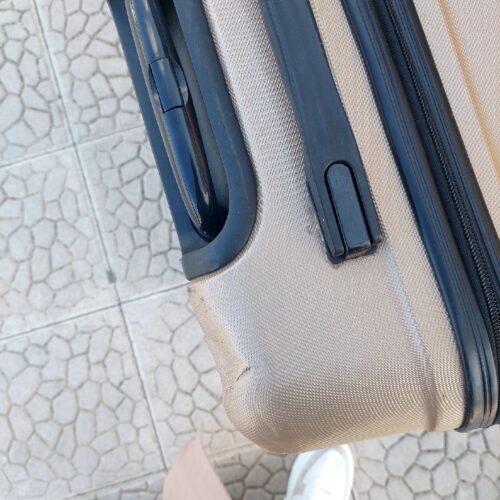 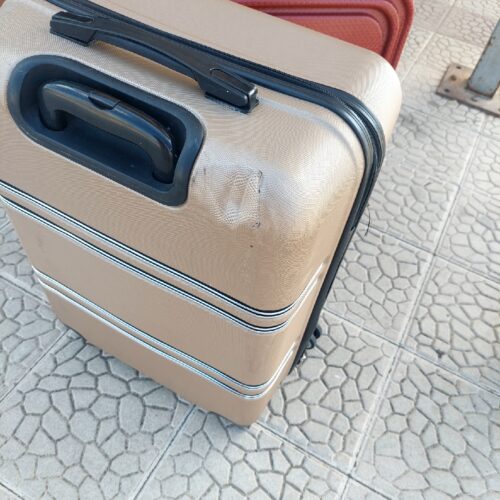 ✅ Trip Verified | Upon booking my flight, they recommended a 12 transit stopover at Abu Dhabi airport with the promise that they will provide a hotel. After months of chasing them to say the website is showing an error (invalid PNR - even though ticket was issued and confirmed), they completely ignored my emails, made me run around, kept buying time, eventually telling me I had to book after I completed my first leg (which I did). and when I arrived at the airport and said I have been trying for months, they acknowledged that I had in fact talked to them but still proceeded to refuse me a hotel. I had to end up paying from my pocket and all this time that I spent chasing them up was completely wasted. I asked if there is an office or desk in the airport where I can lodge a complaint, they said there's none! Terrible service, will not fly with them again.
1/10

"worst flight experience I have had"

✅ Trip Verified | My wife and myself were on a flight from Melbourne to Athens via Abu Dhabi. At first the flight was delayed slightly, according to the captain to wait on a couple of last minute passengers, which I understand. 15 minutes later, he announced again that we were going to be a little more due to some cargo taking longer than usual to load. When we finally took off, it was a little over an hour after the initial flight time. Once we were in the air, i decided to plug in the earphones provided to watch a movie but the plug wasn't working properly so i plugged in my double adapter to use my own headphones. Once again, it didn't work properly, I could barely hear anything and when there was sound it was distorted, and the contrast on the screen even after adjustment was horrible to the point where i gave up and opened my tablet instead. About 4 hours before landing breakfast was being served, and I was asked what i would like to drink and i said orange juice. When the stewardess was putting the tray down, she knocked over the cup of juice all over my lap which ended up running down my leg, into my socks and shoes. She finished serving breakfast and 15 minutes later she came to me with wet wipes after i had already cleaned up all the mess. After waiting about half hour without anyone coming to see if i needed anything, i kept ringing my bell for someone to come, only for that light to keep getting put out. When someone finally did come and i explained my situation, he responded with "What do you want me to do about it?". Not only did no one offer to look for a change of pants, but wasn't even offered to be moved to another seat, or even just putting a towel or something over the seat so i didn't have to sit on an orange juiced soaked seat. This was the worst flight experience I have had with any airline. Our flight home back to Melbourne is with Etihad and we hope that that trip is a better experience that the initial one. In our minds, we thought that Etihad had a decent level of standards compared to some other airlines, but our experience showed otherwise, and perhaps our flight home can make up for the bad experience that we had.
1/10

✅ Trip Verified | Etihad owes me $2000 for damaged baggage on a business class ticket back in early March. They have asked for receipts which have been provided no less than 13 times over 6 months. Every email is ignored. I have screenshots that are attached. No help from customer service centre or Facebook messenger. If you fly this airline and have a problem you will have the worst customer service of your life. You will get no help. I just got back from a trip with Singapore Airlines. I had a small problem that the call centre resolved quickly with very little hold time. A better onboard product too. Etihad has no respect for us customers. Go elsewhere, there are much better airlines out there.
1/10

"They nickel and dime you"

✅ Trip Verified | Abu Dhabi to Riyadh. I reserved a flight and picked aisle seats on Etihad weeks in advance. Sometime thereafter, they changed my seats to a middle seat and did not inform me at all. I only found out when I went to check in online, and when I changed to a different seat, they CHARGED ME AGAIN for the new seat! Another $30 USD for correcting their mistake! I complained on their web site, but only got a canned response of "seat fees are not refundable." Horrible service. They nickel and dime you and don't care about you after you've paid. Will never fly them again.
31 to 40 of 1655 Reviews