✅ Trip Verified | I needed to cancel my flight from Zürich to Sydney via Abu Dhabi because Australia has been completely locked down and hardly lets anybody in and out of the country. Expedia sent me a message saying that I could use my airline credit within 12 months at the very least, if not longer, because of the pandemic. A couple of weeks ago I wanted to check the status of my airline credit. It had expired already. As opposed to Expedia, Etihad Airways decided to give me 6 months to use that credit during a time when hardly anybody can fly anywhere, much less to Australia. I wrote to Ethiad Airways directly but there are only chat robots who send you in circles, so I never heard from customer service.
1/10

✅ Trip Verified | Extreme dissatisfied service and support during and post flight. Booked flight from US to UAE from Charlotte to Abu Dhabi via Chicago. Everything seemed good and fine to officials at Charlotte to continue with the itinerary. Things changed drastically on arriving at Chicago airport. The officials would not let me board the flight citing some false claims of invalid visa when this was not the actual case. These officials were rude and would not listen to a word I had to say. They perceived their notion to be true and barred me from entering the flight to Abu Dhabi. All Etihad counters were closed at the airport and the customer support agents were of no help. No agent had the right info and upon confirming with the UAE government, it was proven to me that the agents as well as staff of Etihad did not have the correct info regarding anything. Due to this mishap, I had incurred more charges to take new PCR tests, book hotels and another flight out. These were not simple things and were not hassle free. Post flight, I am on continuous calls with the service agents and I have now seen that they closed this case without actually finding a proper resolution.
1/10

"Miles do not help right now as unable to travel"

✅ Trip Verified | Our flight was cancelled due to Covid (April 2020) and therefore were unable to travel. When requesting a refund we were told all that we could get was a travel card and given miles to travel at a later date. But due to challenges with still being unable to fly and financial situation we have asked for a refund of the R17k but am informed that they are unable to provide a refund as we selected the travel card option. We were not given a choice otherwise we would have lost the money altogether. So just another one of those airlines that refuses to refund and stealing what we paid in good confidence. Miles do not help right now as unable to travel and does not look like can travel any time soon.
8/10

Not Verified | Abu Dhabi to Dublin, Business. Overall a smooth experience - had an issue with on line check in - so did so at the airport and a professional and friendly lady assisted. The lounge was offering food but in covid times and offerings I passed. On board crew were functional / professional and checked in on throughout the flight Food was fine - breakfast and drinks served when needed. Overall good service - nothing outstanding - but I understand that in Covid times the crew are their to ensure guest safety which they did.
2/10

✅ Trip Verified | Seating as expected in business on a new aircraft - nothing remarkable. Same with food. Cabin service non existent except for the two meals - on one’s own for anything else, in the galley, help yourself to packaged sandwich and candy bars. My main complaint relates to COVID precautions. All passengers required to wear a mask at all times, except when eating. In front of me was a 92-year old medical patient who needed periodic oxygen, coughed almost constantly during the flight, and had a doctor’s waiver so not required to wear a mask. He was accompanied by three caregivers who were in the aisle next to me constantly also not wearing masks. The cabin crew gave all attention to this traveling party, I felt as if I didn’t exist. The worst flight I’ve ever taken. Never Etihad again - Emirates or Qatar in the future.
1/10

"said the broken stroller was normal wear and tear"

✅ Trip Verified | I've been waiting for a refund since September 2020. Each call I make gives me promise of refund within 1 to 15 days. 2021 - Broke my child's stroller, left us helpless at the airport. Filled out a form, gave them a receipt, and they said the broken stroller was normal wear and tear. Horrible attitude behind fake smiles, and the outsourced nameless staff keep transferring responsibilities until the customer gives up. Please don't use them if you have a choice.
1/10

"worst airline I have ever travelled"

✅ Trip Verified | Horrendous airline, avoid at all cost. I have been stranded in Pakistan for the past 4 months because of this airline. They have cancelled our flight 4 times and every time they do it the last minute. We were supposed to fly on the 16th of June and now they are telling us that the next available flight is on 16th of July. We asked for a refund and they refused to give it. We are already out of money due to being stranded here and they are taking advantage of that. This airline has been the worst airline I have ever travelled on. Wont ever be booking with them again and I suggest you do the same. Absolutely pathetic.
1/10

"the lack of customer service"

✅ Trip Verified | I booked a flight from Jeddah to Washington DC via Abu Dhabi, with my 9-old son and my other 14-year-old son on Aug 06th, 2019. The first leg was from JED to AUH. This flight was delayed which was the first of many problems in this fiasco. In Abu Dhabi, indirect flight through Rome was booked without my consent and without asking me. Boarding passes were printed and placed on a bench with many other boarding passes. Communication with the employees was not very pleasant and stiff. There was around a 12-hour transit that I had to endure with my two kids in an arranged hotel by Etihad. The room had only two single beds, we were three passengers. When I asked for an extra bed, they said I had to pay. I wasn’t able to complete my American immigration process because the flight that was arranged for me without my consent was not direct. This defeated the whole purpose of my original plan; I chose this flight via AUH to finish part of my immigration in AUH. I was assigned different seats then what I had initially paid extra for, in all my flights. I paid 126 USD. I arrived at IAD after a long exhausting trip with my kids and was shocked to find my luggage damaged. I went to the office at IAD, they told me they can’t do anything and that I have to make a claim online. With all the delays included we finally arrived at our destination over 24 hours later than anticipated. I had incurred losses over $1326 USD in additional costs between expensive airport meals, and much needed supplies. These costs add up, but what really is more aching is the way that we felt like handled. The employees, rather than helping, were simply passing us along without the help that we needed. It was a series of problems, one on top of another. Not just a single failure to perform, which can be understood. We understand that mistakes happen, computer failures occur and things can’t always run as smoothly as planned. However, we don’t understand the lack of customer service that we received. We felt disregarded and unvalued. We realize many customers experienced delays and similar problems, but we still felt like things could have been handled better. 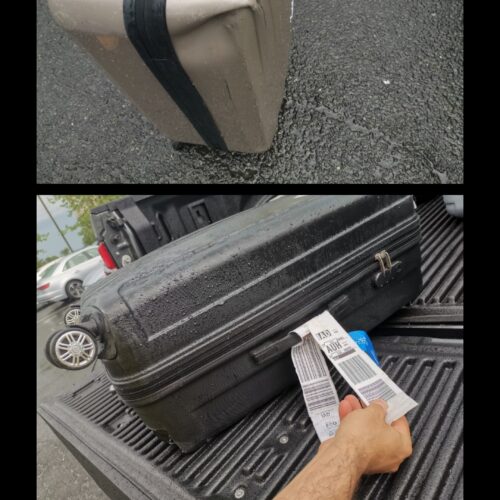 "they came and consoled me"

✅ Trip Verified | I was travelling from Chicago to Bangalore due to family emergency, the moment I boarded the flight I got to know my father had left this world. I was sad and crying but the cabin crew Nora and her colleague florentina the moment thy got the know they came and consoled me and they checked on me throughout the flight. They made sure I eat something and I sleep and stay hydrated it was a journey which had so much pain that I felt I won’t be able to make it. Nora made sure she gets me wifi access so that I can stay in contact with my family along with that she also made sure once I reach Abu Dhabi I have a good rest. All of them came as angels and helped me reach safely and without the help I could not had gathered strength to console my family
1/10

"rescheduled with more than 24 hrs of layover"

✅ Trip Verified | My parents tickets was initially scheduled for 19th April from Trivandrum to Washington DC with a 3 hr layover in AUH and was rescheduled by the airline itself later and notified us via email that our flight got rescheduled with more than 24 hrs of layover in AUH! We haven’t notified anything regarding their hotel arrangements made me suspicious and I called the customer service with around 50 mins of wait time to talk to an agent! And customer service rep then informed us that they will not provide food or accommodation even though it’s rescheduled by the airline itself with more than 24 hrs of layover. I have made 5 phone calls to Etihad customer service for multiple queries regarding the same booking with a wait time of 1hr or more each time to talk to an agent ( which is ok) but the fun part begins here.
1 to 10 of 1539 Reviews