✅ Trip Verified | Customer service is rude. Food was rotten. Had a great connection flight but a few days before flight received an Email informing me that that my connection flight would be delayed 15 hours due to operational needs. Flying with 2 young boys a 2 and a 4 year old is a nightmare when you have to spend 15 hours for a connection flight. Also upon requesting a hotel room for the wait emirates refused. I'll never fly Emirates again.
1/10

"the food was utterly inedible and honestly hideous to look at"

✅ Trip Verified | Never again on Emirates. The business class seats are narrower than those on EVA Air, Singapore and Qatar. They are also not real full-flat sleeper seats as they do not recline to 180 degrees. For a very large business class cabin seating 50+ it has two small, narrow, windowless lavatories. On this flight one of the lavatories flooded and remained so on the entire route. The wine selection was decent but the food was utterly inedible and honestly hideous to look at. All I could eat was the soup and it was heavily salted. I've had much better food in economy class of poorly rated airlines. Last and least, the entertainment system was difficult to operate. Was anything good? Yes, the staff was excellent and so was the car service. I take four or more international business class trips a year and have never encountered something worse than Emirates, both Newark to Athens and Athens to Newark.
2/10

Not Verified | Nothing wrong with Emirates flights, it’s their customer service. I booked a flight few days back and today I received an email from them that they have change my flight booking with 27 hours of stay in Dubai which was only 3:45 hours. And now when I’m reaching out to them, they are not picking up any calls or not even showing up in their live chat. I was on call for 1:30 hour and no one showed up. Really have to say their customer services is very poor.
8/10

"expectations were a bit higher"

✅ Trip Verified | Space in the A380 economy class is great, the seat is pretty comfortable and soft. Low quality pillows and blankets were provided. Headphones are not great but better than in most other Economy class cabins. The crew is very friendly, professional and proactive. The catering experience was okay, nothing special. My expectations were a bit higher to be honest. WiFi is pretty cheap and was working fine. Check In process in DXB was a complete disaster - more than 1,5 hours of waiting time at checkin counter, pretty arrogant and unfriendly staff. 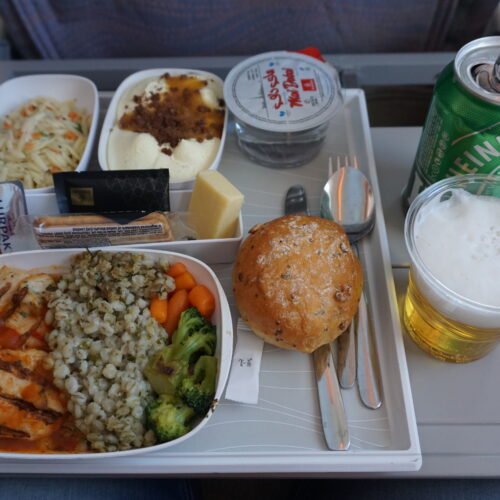 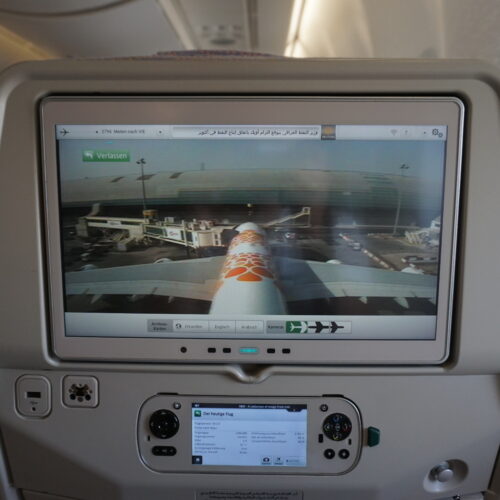 "do not have a transit visa at Barcelona"

Not Verified | I have been a skywards member with Emirates since 2012. But recently, when I took my pregnant wife to board the Emirates flight from Mexico City to Dubai with a stopover at Barcelona, they inform me that I cannot travel since I do not have a transit visa at Barcelona and it is mandatory to disembark at Barcelona. This was not the case earlier. Emirates Mexico team was sitting on this information for 2 months and have never updated to a passenger. They have my email id, contact number and still they don't bring up this requirement. My wife was travelling to India for delivery and everything was planned. Lack of information sharing by Emirates has brought so much of discomfort to me and my wife. Really bad from emirates.
1/10

"did not make a full refund"

✅ Trip Verified | Emirates canceled tickets and did not propose anything on how to fly and did not make a full refund! If you use Emirates, you can stay without a ticket and without money. I had two tickets for this flight on 13 July. On 4 July, I was informed that Emirates had canceled the flight. I contacted Emirates customer services and asked about any alternative flight, and they answered that they could not do it. They proposed later flights on 16 July, but it was impossible for us because we had visas valid until 14 July. I told him about it. So, they suggested requesting a refund, I did it, but they refunded a small percentage of ticket costs. I had two two-way tickets that cost 800 USD each. They refunded 188 USD for one and 250 USD for another for one-way tickets. Then I knew that Emirates for such a canceled flight suggested Turkish airlines, but the customer service did not suggest this option for me. I am very disappointed that Emirates canceled the flight and did not suggest how to fly from departure to the final destination. Besides, they refunded not the full amount of one-way ticket costs. I wrote feedback-complaint several times to Emirates, and they answered that the flights had been canceled according to the OAE government and could not help me.
1/10

"25 hours sitting in the airport"

✅ Trip Verified | First and hugest disappointment and shock happened when I opened application to add some information and found out that my family's return tickets were changed 10 days ago without notifying any of my family members by email, or text, or call. We got according to new tickets, that we had to stay in Dubai almost 3 days for connecting flight!!!! And I discovered it by chance! When I called to agent to fix this problem, she told me that I have to pay $1,000 extra because they do not have same class tickets, while it was not my choice to change travel dates. I had to go in person to ticketing agent to solve the problem with return tickets dates to be able to come back to work in time after vocation. The ticketing agent said, that to be able to return on that date I will have to stay in Dubai 25 hours while on initial reservation it was 17 hours. I asked about a complimentary hotel and she tried but failed to book it in the system , and offered to do it later. On my way back to the USA in Dubai Emirates desk refused to give us free hotel and we had to spend 25 hours sitting in the airport.
1/10

✅ Trip Verified | The worst airline that I've ever used on every aspect. On my inbound trip from DFW to Beirut, they cancel my trip from Dubai to Beirut and booked me on a different trip with very long connection time. The refused to give me a hotel even though, they changed my flight. They keep many seats open and they don't allow anyone to use them but on the other hand, passengers are packed in some section of the plane. It is great way to spread COVID 19!. I will never use this airline again.
1/10

Not Verified | Was travelling to Nairobi after undergoing treatment, at Indira Gandhi International Airport we get to the check-in and the people there are so rude. They shout at you to do this and do that. The customer service from Emirates in that Airport is terrible to say the least. Anyway we get there and the guy checking us in tells us our booking is unavailable, that we need to leave the line - no explanation no nothing! We came to learn later that UAE had a new fly rule regarding long layovers for passengers from India. Now I don't know if they knew that but an apology would have been considerate regardless. We did pay over $1500 dollars for that ticket after all. Mind you we even had the e-ticket from Emirates with the confirmation and everything. Honestly I get much better customer service riding an Uber at 1/hundredth of the cost. Super disappointed.
2/10

✅ Trip Verified | A big scam! For a family of five with a little child with us, spending nine hours at the airport was really a very bad experience. I booked my flight in April and I chose a three-hour connection for the august 13 trip from Tunisia to Bahrain. The eve of the flight, I found out that the flight has changed and the connection had been extended from three to nine hours. I spend more than one hour running with my kids and suitcases from one connection desk to another trying to get a lounge to spend the night but in vain. No one at the airport knew what they were doing. I finally went to the only hotel in the airport and to my surprise, we had to pay more than 3000UAE dirhams to stay overnight! Did I ask for my trip to be suddenly changed? Did I ask for my connection to be extended? Did the company notify me and provide me with a hotel room to spend the night with my kids? Who did you fly in the 2 am flight that we initially booked and paid for? 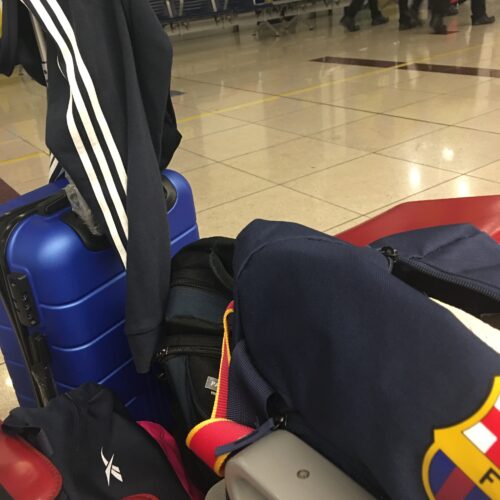 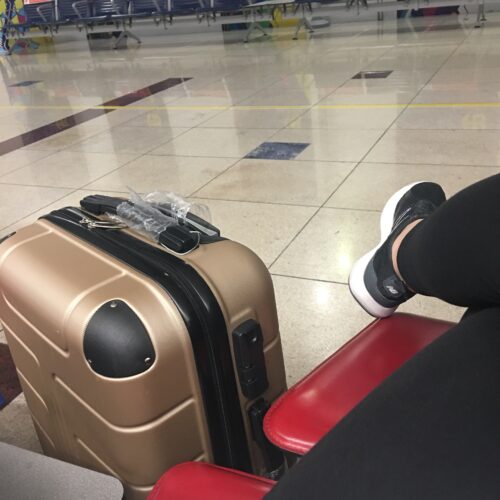 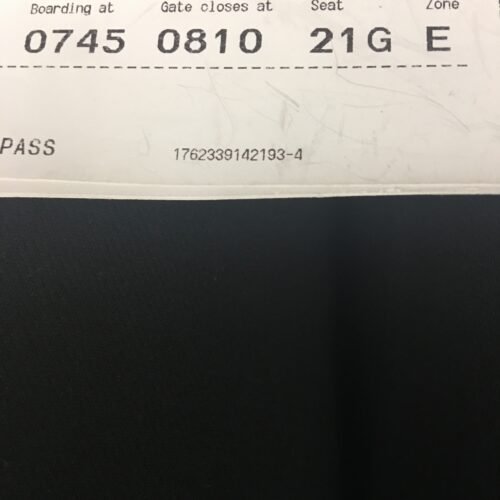