"This airline is a joke"

✅ Trip Verified | My fiancé and I flew from JFK to Tel Aviv recently. I am not Jewish and have a New Zealand passport. My fiancé is Jewish and has an Israeli passport. While waiting to check in, we were questioned by 3 different people. I was pulled away from my fiancé twice for questioning. I was asked personal questions about my religion (if you are not Jewish, how are you planning to get married to a Jewish person ? (My fiancé is not very religious and we respect each other’s religions.) What Jewish holidays do you celebrate ? How did you guys meet ? Do you speak Hebrew? (Despite telling the El Al rep that I don’t speak Hebrew, I kept being asked to tell them what I know in Hebrew) How do you communicate at home if you don’t speak Hebrew? (We live in Australia and speak English) What will you be doing in Israel on each particular day (it was a holiday and we were planning to just take it easy). What are the names of your fiancé’s relatives? What do you do for work? Who paid for the trip? Eventually we were allowed to check in, but were told to meet El Al rep at the gate in 30 min, as he needed to speak to us for 5 mins before we board. No problem. We were at the gate on time. EL Al reps were not. We had to wait for another 30 min for them to arrive to the gate. After that we were taken to a small room with another 5 Non Jewish people. We were swiped for bombs twice. Our phones were swiped for bombs. Then El Al rep told us that they will take our bags away and search them in a different room (not in our presence). At this time my fiancé lost it and told them that if they are going to search our bags, then it has to be in front of us, as we have valuables in our carry on. Of course they refused and took our bags away. Later they came back with an unopened brand new iPhone that we bought as a gift for my fiancé’s mum and demanded that we unpackaged the box. Since it was a present, we begged not to open the brand new phone. Showed receipts from an apple store, but were told that we won’t fly if we don’t open the phone. We had no choice, and of course they found nothing. They never apologised for wasting 3 hours of our life and treating a simple couple on a holiday like criminals. That’s not the end of the story. When we arrived in Tel Aviv, we realised that our suitcase didn’t make it on the plane. It was still in USA. Luckily it arrived next day and we had to drive back to the airport, as they don’t deliver lost luggage like other airlines around the world do. It took us another hour to pick up our suitcase, as everything was very unorganised. While waiting we spoke to many other frustrated EL Al customers. Also, couple of month ago my fiancé’s mum was refused to check in for her flight, as they overbooked it. This airline is a joke.
3/10

"This is a screwed up airline"

✅ Trip Verified | Traying to check-in online for the flight from London to Tel Aviv is impossible since the website doesn't accept neither the booking code (used to check-in on line from Tel-Aviv) nor the ticket #. Contacting El-Al on Whatsapp is like talking to an idiot since they provide the link to the same check-in website and it doesn't work. This is not a surprise with Israeli websites which have a tendency to fair and not respond. Trying to get any help by calling in the phone number published for UK (London/Manchester) all you get is a holiday greeting (Halloween?) This is a screwed up airline - expensive with the worst customer service. Fly whatever other airline but not El-Al.
4/10

"they did not show up on time"

Not Verified | El Al ask to be at the terminal at least 3.5 hours before the flight. However, they themselves did not show up on time and we just waited for hours to check in our luggage. I also had issues with them in the past, and they are very expensive. 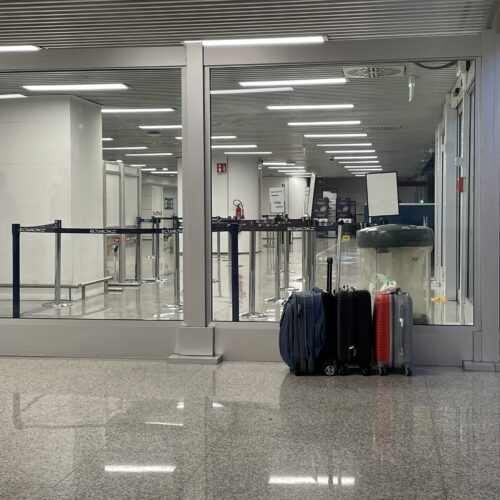 "they became a rip off"

✅ Trip Verified | I travel with them very often but after the 2022 COVID 19 precautions lifted, they became a rip off with usual services that they turned into Add-Ons requiring payments such as 90$ for luggage above 8kg and 20$ for a choice of own seat not mentioning the interrogation prior to flight check.
10/10

"the crew was very nice"

✅ Trip Verified | Tel Aviv to Toronto, both flights amazing, the crew was very nice. Food and snacks delicious except the egg (no one like it), the flight’s attendants were nice and helpful. When we came back from Tel Aviv to Toronto me and my mum seated in different place not together, i asked if i can move her and sit beside me to help her when she need any help. They moved her beside me close to exit door without any charge and 15 minutes before the airplane landed at Toronto they moved me and my mum to the business class to help us to exit first. Thank you so much for all the crew. 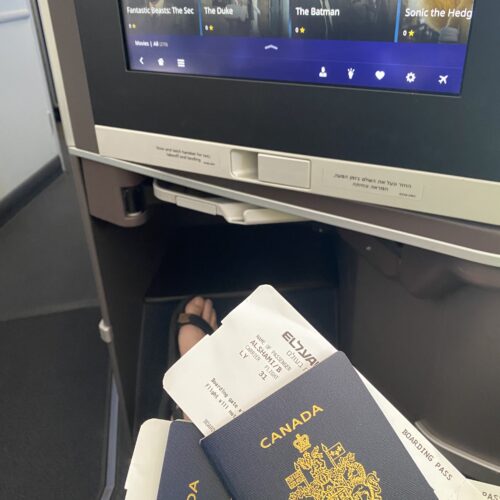 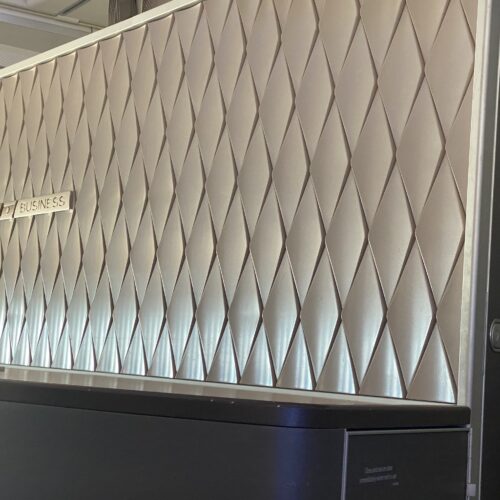 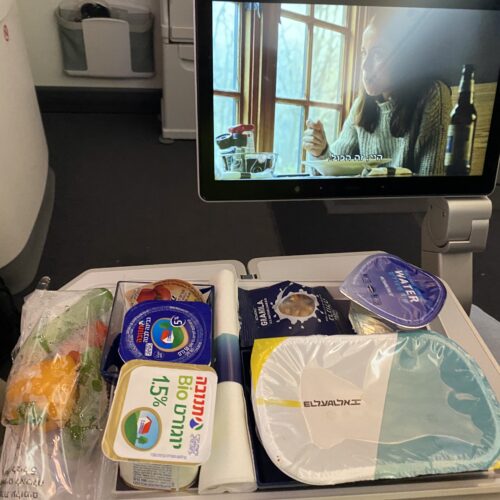 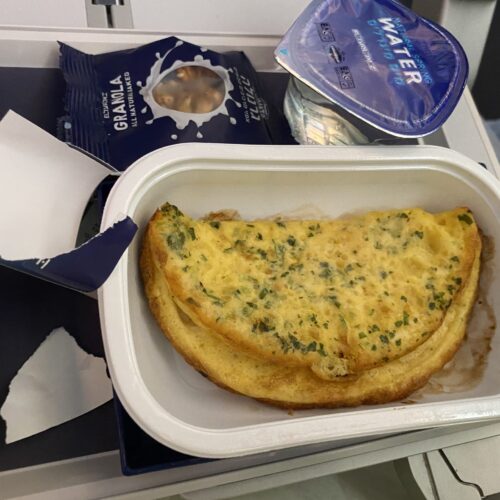 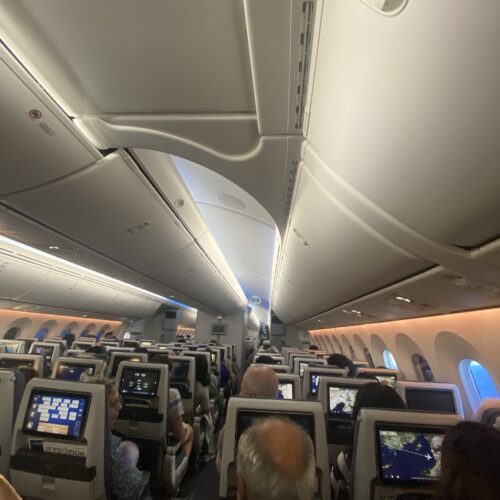 Not Verified | Got to airport 3.5 hours early. Car rental shuttle took 30-45 min, stood in line in line for 2.5 hours while one person very leisurely checks in 40+ people. Finally get to baggage check with 30-45 minutes until flight. The woman yelled at us for showing up late (why didn't you show up 4 hours before?!) and tells us the flight has rejected us (even though boarding was still happening) and that we need to go reschedule. Get yelled at again by another woman who says the next flight isn't until tomorrow and will cost an additional $500. Overall, an absolute nightmare, just to lose a day of my honeymoon for absolutely no good reason - except maybe being difficult for the sake of being difficult. Avoid at all costs.
2/10

✅ Trip Verified | Tel Aviv to Rome. I flew with an infant and by the gate they told me I wouldn't be able to take my carry on with me that I would have to take everything important out and check it in. As much as I pleaded that i"m flying with an infant if they could reconsider they were nasty and wouldn't budge while allowing other passengers on with their carry ons. Only to get worse when we arrived in JFK we found out that our carry on luggage was never checked in it was left in Tel Aviv with a promise to get it delivered within 24-48 hours as of now it's more then 48 hours and I still didn't get my luggage with no one contacting me about it. They were nasty and unreasonable.
1/10

Not Verified | Terrible customer service. They lost my baggage and it was returned to me 6 days after arrival. There was no one to talk to through those days to find out the status of my claim and when I will receive my baggage. After I received it I tried to file a claim for the money I spent on clothes during those days and their online portal kept logging me out. I tries a couple dozen times to contqct them and file a claim to no avail.
10/10

"I was treated very badly"

✅ Trip Verified | I was treated very badly by a rude receptionist at the Business Check in Desk, I spent £1600.00 and they wanted to move me to Economy with no explanation, just saying the flight was over booked. When I booked the flight 3 weeks before most of the seats in Business were free and I choose my sit. Someone they knew or someone who payed more money got priority over me, the lady at the counter even shouted at me and the 2 shift managers just lied to my face and did not give me any explanation why was I the only one that had to except being downgraded, I was not even offered any money back, just a flight free flight to Europe which was of no use to me, as I will never again fly EL AL, they just give a bad name to Israel and ruined my whole trip. If you are reading this avoid EL AL and book instead in British Airways as I always got a first class service with them.
1 to 10 of 278 Reviews