"baby bassinet was not allowed"

✅ Trip Verified | Ho Chi Minh City to Amsterdam via Zurich. Travelling with 8,5 month baby. Tried to get baby bassinet but was not allowed, only for 8 months old, Apparently 8 months and a few days is not good enough. (weight and length were within requirements). Not willing to support us in seat arrangement and giving us incorrect information so we were not able to arrange ourselves both inbound and outbound.
5/10

" was actually not bad"

Not Verified | Zurich to Newark. Staff was very friendly and the food was not bad. The drinks were frequent and alcohol included which was great. There were customers who smelled as though they had not showered in days. They were up and moving all flight. Several passengers yelled at them as the airline attendants did not address their lack of concern for other passengers. Had it not been for these people the flight would not have been bad. For a 9 hour flight the airline was actually not bad all things considered.
2/10

"our return flight had been cancelled"

Not Verified | Zurich to San Diego. Upon printing our boarding passes for a trip to Europe we discovered that our return flight on Edelweiss Air had been cancelled. We called the airline and asked about the cancellation. The customer service person told us that there were no seats to San Diego within 3 days in either direction on the calendar on Edelweiss Air. They found us a flight on Lufthansa out of Frankfurt one day later which required us to fly from Zurich to connect to Frankfurt then on to San Diego. The customer service person assured us that the airline would compensate us for our hotel accommodation for the extra day and told us to contact customer service via email. We did and then our hotel bill was declined because, they said that there was 3 week notice to us before our flight (our trip was 3 weeks, how convenient). I was very disappointed in the mixed message I received from Edelweiss representatives. They knew our flight was cancelled well before our trip's departure and failed to contact us. We feel they dropped the ball and then made us pay for their decision to cancel our flight.
1/10

"was given a meat dish when I had ordered vegetarian"

Not Verified | Was not happy with this flight, leaving from Birmingham to Vancouver we booked a vegetarian meal, but was given a meat dish and when asked for a vegetarian they said we needed to book it, which I did on my online check in. The same happened on my return, I was given a meat dish when I had ordered vegetarian. Check-in at Vancouver nearly took 50 min with 15 people in front, they had no ground staff. I will not be flying with Edelweiss Air again, very disappointed with this.
9/10

✅ Trip Verified | Zurich to Tenerife. Very pleasant experience with Edelweiss. Check in at Zurich is done by Swiss. It was efficient and staff was helpful. Boarding started 10minutes later than planned but once boarding was completed we were ready to go on time. I was travelling with two young children and the cabin crew were very attentive with us throughout the flight. They offered a kids pack with crayons and a a booklet with activities. The children breakfast was offered first and then to the rest of the passengers. Breakfast was very nice, with two types of cheese, and two types of ham, yogurt, fresh warm bread loafs were offered twice with a choice of white and brown bread. It felt like a business class service. During the 4 hour flight drinks were offered a number of times. The seating comfort was good (we were sitting in row 7). Seats had a decent recline whilst also leaving sufficient knee space. The seatbacks had a special small tray were passengers can install and attach their tablets. Flight crew communicated before departure to advise of a slight delay due to traffic at the airport and throughout the flight offering details of the routing and arrival times. Arrival at Tenerife was on time and the baggage was delivered with less than 10 minutes wait. Overall a great service and good value for money. 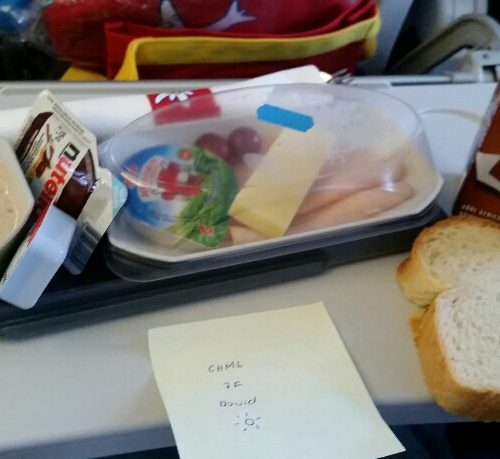 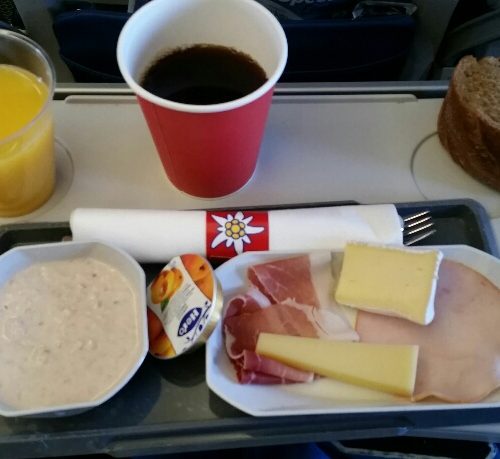 "I would highly recommend"

✅ Trip Verified | San Diego to Zurich. Excellent from start to finish. Punctual, professional and passionate. Everything from seat comfort, and service, to in-flight entertainment and meals was well above expectations. I left very impressed to say the least. I would highly recommend this airline.
10/10

"service was so good"

✅ Trip Verified | Zurich to Calgary. Was awesome service. The staff was awesome, service was so good as well as Foods and drinks. Clean “Washroom and a smiling face

✅ Trip Verified | I booked a flight form Cape Town to Zurich using Edelweiss Air being aware the airline is the Swiss holiday operator, so I was expecting a mediocre service as you can expect for the price paid and class of market served. Totally to the contrary all was excellent, the plane not only very clean but looking new, the crew friendly and efficient, the entertainment system good with new movies and the food very good with real cutlery and a glass wine glass that enhances taste. The only minus point was the price charged for the alcoholic beverages, but on the other hand, the airline has to make money somewhere and it avoids passengers imbibing in excess. On my future travels I will definitely consider this airline again.
9/10

"the selection of films was good"

✅ Trip Verified | Zurich to Ho Chi Minh. We paid 149 CHF to Upgrade to economy max each way. Thoroughly worth it, had 4 seats each on the way out, and 2 seats each on the return. Even without this bonus it would've been worth the money as the extra legroom and recline was nice. I found the food to be acceptable both ways, especially the fresh bread. I disagree with a previous contributor as I thought the selection of films was good, much better than recent trips on Virgin Atlantic and Thai - recommended.
1/10

Not Verified | Zürich to Seville. My worst experience ever. The flight was scheduled to depart Zurich at 16.30h, and I was happy to see there was no departure delay. So we left in time, but after about an hour in the air, the plane returned to Zurich due to technical problems. After landing in Zurich again, we were waiting for some 3 hours in the airplane. they were looking for some spare parts to repair the airplan, until they finally figured out that there was a spare part, but they did not get clearance to build it in. So we were shipped back to the gate. no information there, just a never ending queue of people. We left and went home, just to get a message finally that we were scheduled for another flight - 48 hours later. Instead of leaving Friday for the weekend, they scheduled us to leave Sunday evening.
1 to 10 of 82 Reviews