✅ Trip Verified | Frankfurt to Dubrovnik. Nothing exceptional, just a typical European carrier with not much on board their airplane. The Pros: Friendly staff, Clean airplane, Snack and drinks. The Cons: Really tight fit even with slim seats (I am 5’10 and there was less than 2’’ spare space), No real Business (just empty middle seat), no entertainment, no Internet. Could not get emergency row seat assigned. Since nobody else did, Row was empty. Asked staff if I could move there and they agreed. 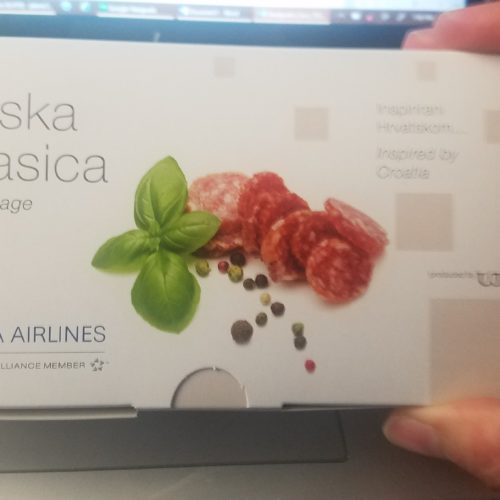 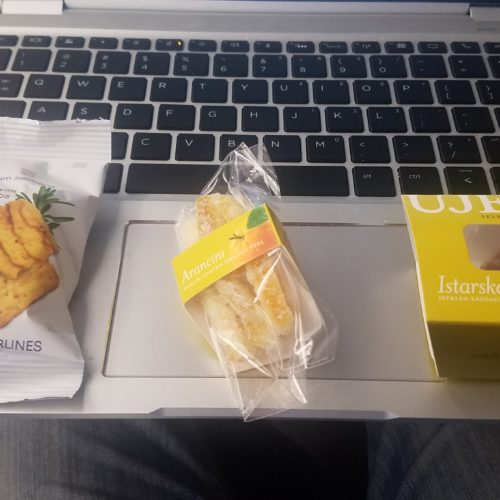 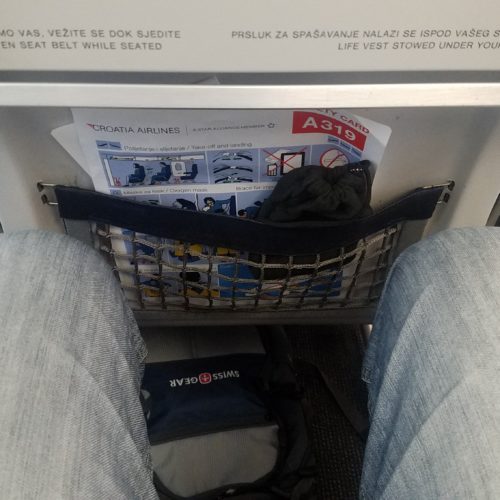 "avoid flying with them"

✅ Trip Verified | Zagreb to Lisbon operated by SmartLinx Airlines. No information about the change of the operating airline, not even when boarding the aircraft at the gate. Flight itself nothing special, only with less legroom due to the high-density configuration of SmartLinx A320. From Lisbon to Zagreb operated by Croatia Airlines A319 immediately after our boarding has been completed the captain informed us that there is a small technical error and we will have to wait to fix it. And then it started: It turned into extremely long wait inside the aircraft before departure. In such a long delay (4 hours) the company is obliged to provide more than just a glass of water. We should be transferred back to the terminal and offered vouchers for food. Instead of that, after more than 3-hour seating in the aircraft the snack was distributed and then an hour after that we finally departed, however now without any snack during the flight since it was already distributed before take-off. So, it turned out that we spent more than seven hour in the Croatia Airlines airplane just with a tiny snack. Such things can happen; however, that should be properly handled. Croatia Airlines did it unprofessionally, totally unacceptable and also against EU regulations. On a positive side: both cabin crews were really nice, however unable to do anything since the general attitude of the company when dealing with an unexpected situation is way below professional standards in the industry. Will definitely avoid flying with them.
1/10

"so far from serious company"

✅ Trip Verified | Munich to Sarajevo via Zagreb. Upon my arrived to the Sarajevo Airport I noticed my luggage was damaged. After reporting this to the luggage claim desk and signing the official claim (after their inspection), I wrote to the Croatia Airlines and sent all required documentation. Their answer was they need the invoice from the moment I bought my bag. No kidding, there were serious. They are circus, so far from serious company.
2/10

✅ Trip Verified | Lisbon to Zagreb. Cabin staff unprofessional and ignoring simple passenger requests. I filled a form to become member of Frequent flyer program and got no feedback until present. Very poor meals onboard. The flight was late, behind schedule. My luggage was broken and Croatia Airlines ignored my claim. They do not treat baggage claims seriously nor respectfully. 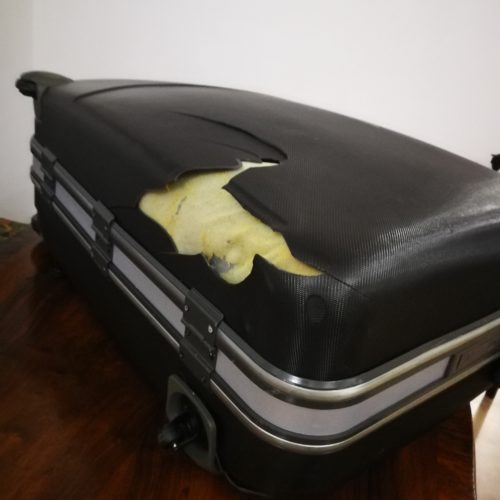 Not Verified | Gatwick to Split. Check in was one of the fastest we have encountered, desk opened early. Our flight to Split was comfortable. Enough leg room. Plane clean, one of the cleanest we have been on in economy. 18 year old A320. Staff smart and friendly. Small enjoyable snack given plus drinks, all included in price. Plus benefit of reduction for being a senior/pensioner, though downside you cannot book emergency exit seats for extra leg room. However flight only couple of hours long so not necessary. Return flight, again check in process prompt. Staff friendly enough but once snack served they stayed chatting at back of plane. This was our first time flying with Croatian but it will not be the last.
1/10

"car is better and faster"

✅ Verified Review | Zagreb to Prague. Terrible airline. Massive delays (3 hours and more) on all flights. No feedback on info line, no compensation at the airport. There are much better possibilities instead of this airline, even car is better and faster than this joke called Croatia Airlines.
5/10

✅ Verified Review | Zagreb to Frankfurt. Despite the fact that Croatia Airlines extended a special courtesy to me as an airline memorabilia collector, for which I am quite grateful, I cannot rate the flight itself very positively. Business class check-in was polite and quick, and the flight attendants onboard were courteous and efficient, but who would guess that they charge business class passengers for alcoholic beverages? Certainly the onboard menu magazine indicated that miniatures ( in my case Havana Club rum ) cost $5, but I never imagined that these prices also applied to business class. This is certainly the first time that I have ever been charged for a drink when flying in a premium cabin. I will know better next time. The cold breakfast served was satisfactory. Lamentably, the front lavatory lacked soap and towels, and the sink and toilet were badly stained and unpleasant. The seating was typical European business class with economy class seats with the middle seat open. The flight arrived in Frankfurt on-time, and I wish I could rate the overall experience more positively.
7/10

✅ Verified Review | London Heathrow to Zagreb. I fly often between UK and Croatia where I keep my boat. Croatia Airlines tries hard to be a "proper" airline not a budget flyer and generally succeeds. The staff are polite, pleasant, friendly and work hard to provide good service. The plane is always clean and the inflight magazine is informative and well written in Croatian and English. It's a better experience than budget and often not much more expensive. It would be helpful if they could fly direct to Zadar and have more winter flights. In my experience they are reliable and on time. The website has improved recently and online check in works well. These are short flights and the catering reflects that. A pleasant Croatia snack delivered with a smile and wine if you want it.
7/10

"will fly with them again"

Paris CDG to Zagreb and Zagreb to Sarajevo round trip. Paris trip was good, eu-standard, no excitements, no disappointments. Professional staff, o.k. food/beverages, clean aircraft. Just what you need for a short flight: to be on time, to have enough space for a nap, decent cup of coffee and good apple juice. Sarajevo flight is super short, so only things I care about are that flight is on time, that seat is comfortable and that I get my coffee (on the early morning flight). Cabin crew is professional. All told, Croatia Airlines has a plus in my book, will fly with them again and I recommend it to others.
8/10

✅ Verified Review | Nice little European airline. Planes are always clean, staff friendly, food as expected on short haul, inter-EU flights. Seats are slim, leather and comfortable, same through the airplane, with middle seat empty in business class (as is the standard in the region). Great and efficient customer service over the phone or by email. They have their own little FlyOnLine club, where if you purchase five tickets online through them - you get the sixth for free (of the same class/type as the other five) which is great if you travel a lot. Overall, among the better local services within the EU. 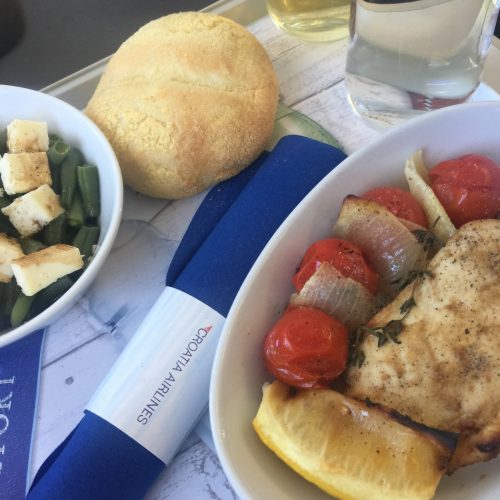 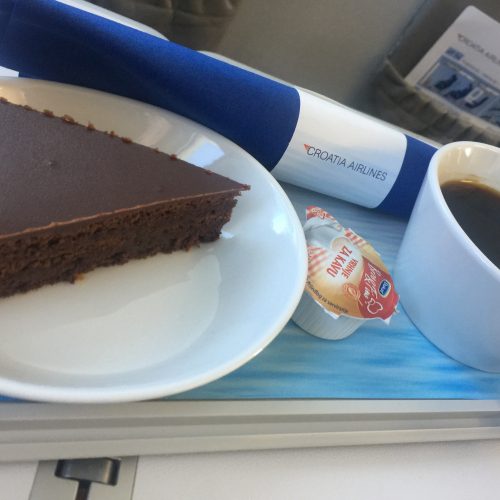 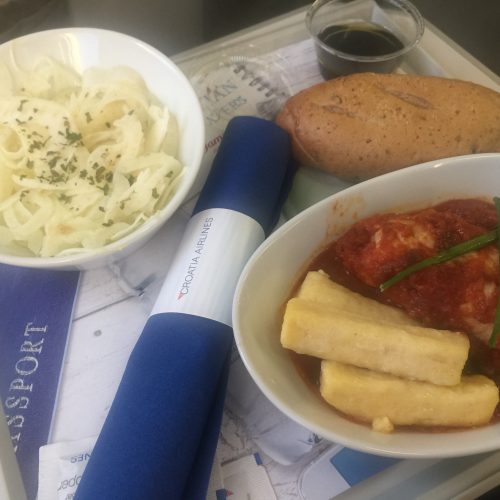 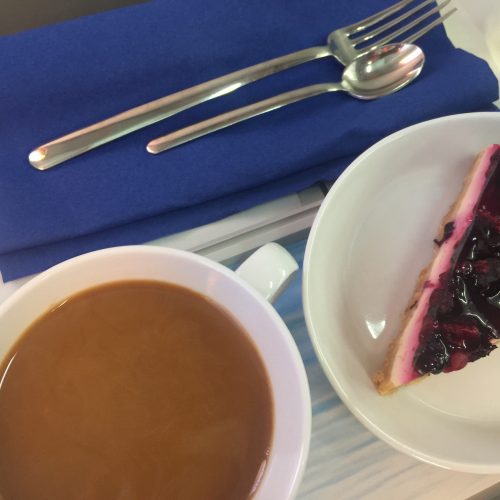