Not Verified | The worst airline I have flown with, ground staff at Frankfurt are rude and icy beyond belief. The aggressive woman at the gate (Frankfurt) was refusing to allow me to go to the toilet, when I pointed out they had not provided toilets and that I needed to go she reluctantly agreed but snarled that she would unload me if the bus arrived. On my return she threw my ticket at me - the bus arrived 30 minutes later! I have flown twice to Anchorage with them, Cabin crew give the impression they do not want to be there, if you do see a smile it appears forced and fake, it’s as if they resent doing their job. Food was just about edible, pasta tubes with a sauce on both legs. No water for first two hours on return flight and no ability to purchase water after security at Anchorage North terminal. All entertainment has to be paid for. Check in is at ANC south terminal, departure is from the north terminal, of course Condor do not tell anyone this so people wandering the terminal looking lost. Check in staff at Anchorage were pleasant enough - they are not Condor staff. This airline could learn a lot from the likes of Virgin on employing the right type of staff. I wish there was another airline that flew direct to Anchorage that is as cheap as Condor, until then we will have to suck it up with these rude and miserable people.
1/10

✅ Trip Verified | Frankfurt to Seattle. Premium economy is not worth the money. Pretty much no difference to economy seats. Just a bit more legroom and less horrible food. Save your money and spend it on a hotel upgrade. It’s a rip-off. In addition, old planes, no WiFi and never on time. Bus transfer to the plane in Frankfurt is annoying.
1/10

"will never ever fly again with Condor"

✅ Trip Verified | Vancouver to Frankfurt. I have never seen an airline that charges for alcoholic drinks or watching a movie. They ask 5 euros for a very very small bottle of Whiskey. Additionally, their crew are not friendly, that makes people hesitate to ask a glass of water. The ground service was not professional, they made us so confused and frustrated about how to get our tax free refund. I will never ever fly again with Condor.
1/10

"experience was the worst by far"

✅ Trip Verified | Pittsburgh to Moscow via Frankfurt. In 30 yrs of international travel, this experience was the worst by far. Their partner airline bumped me off the second leg of the flight due to overbooking and offered zero compensation on the way there. I had to buy a hotel night and paid for a separate flight (with a different airline, obviously). Total losses: $850, 36 hrs, millions of nerves cells and a massive bruise to my dignity. On the way back, they broke my luggage and have refused to pay, blaming everyone and their dog but themselves (for what, a $100 at best?). Between emails and phone calls, I have spent multiple hours with them to no avail: they keep pointing fingers to the airport of departure, of arrival, their partner airline, myself (yep, I am at fault for them damaging my luggage). I mean, they made the whole trip the worst ever and took zero responsibility. Not once throughout the entire debacle did I hear one word of empathy from any of their staff. Shameful, really. Avoid at any cost. 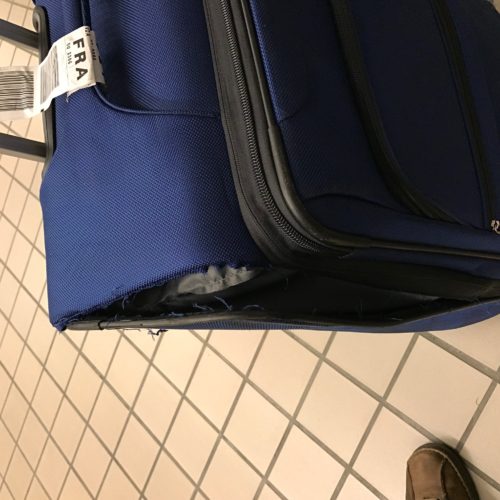 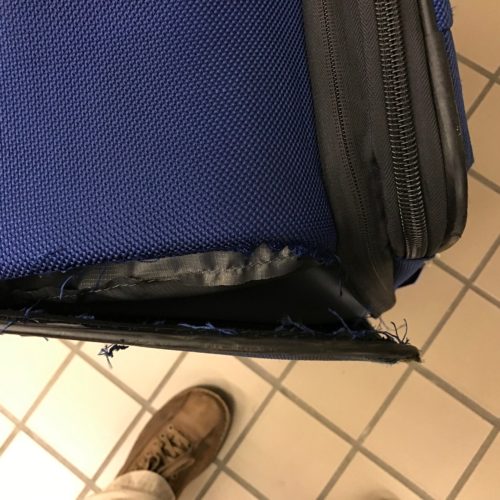 "avoid to use this airline again"

✅ Trip Verified | Frankfurt to San Jose via Santo Domingo. I can't believe they just give you 1 movie on economy class. Another bad thing is the food, very poor, and they give you the food in a rude way, same as some of the personnel they are rude, with I dont care. I will avoid to use this airline again.
1/10

✅ Trip Verified | Frankfurt to Vancouver. I have never once been on a plane that charges to watch movies. I board my 10.5 hour flight on Condor from Frankfurt to Vancouver and they give you 1 free movie and you don’t even get to choose it - I then went to pick another movie which costs money on top of that alcoholic drinks aren’t included. I flew same route on Air Canada on a cheaper ticket and had unlimited drinks and entertainment no extra costs it’s pathetic condor you suck I hope you realize that’s robbery
6/10

"the legroom was not spacious"

✅ Trip Verified | Cancun to Munich. I had an issue with some passengers seated behind me, they were quite tall and wouldn´t allow me to recline the seat because the legroom was not spacious, they started screaming and making a scene and the staff decided to stay out of it, so the whole 8 hour flight I didn´t recline my seat, which was very uncomfortable. Other than that the flight was ok and the food was pretty good. For the economy class the seats just suck in my opinion, I am 1.72 cm tall and the legroom was no good, you should consider business class if flying with Condor Airlines, but got to say the space and the plane its much better than Aeromexico or Air France.
7/10

"satisfied with this airline"

✅ Trip Verified | Munich to Preveza. Overall i was satisfied with this airline. I flew with them for the first time and there was only one problem and that the flight was delayed by 15 minutes. Everything was fine on board. The service was above average in this price category and the prices of refreshments weren’t all that bad. The seats were average and mine was missing the hand rest cushion which was quite uncomfortable. The airplane itself was clean and in a good condition given it was 20 years old. 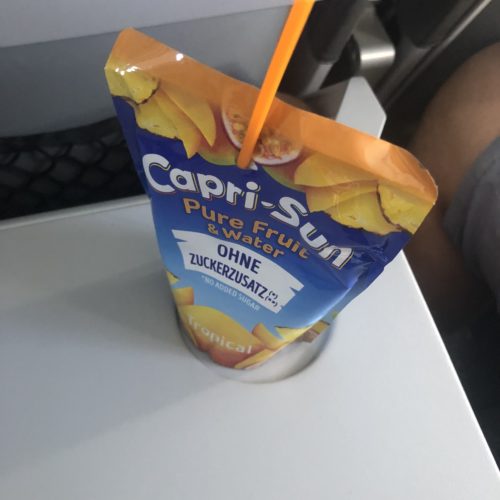 "Coming home was an absolute trial"

✅ Trip Verified | Frankfurt to Baltimore. Beware if your flight says that it is being fulfilled through Air Tanker. My initial flight into Germany was fine, but only fine. The flight wasn't full, but I still felt very crammed in. The food, if you don't spend extra money on their Premium menu, is not much and about the same quality as a hospital cafeteria. It was all solidly "meh". I'd been snapped at for not having my passport ready as I stepped into the plane, yet nobody had instructed me to do that and it was my first international flight. They also, for some reason, made an announcement that they would be checking passports upon exit, but they didn't actually do this. Eventually we got to Frankfurt though, and I found myself feeling solidly underwhelmed by the experience. Coming home was an absolute trial. I checked in online 24 hours beforehand, and when I showed up the next day, a good four hours before my flight, I received a nasty surprise. I waited in line to check in my bag, and after finally getting up to the desk, was informed that I needed to go to the Service Area, that everyone did, and to not worry because "nothing was wrong with my booking." Yet there was clearly something wrong because the woman looked very uncomfortable. The Service Area was a disaster, and I waited in a barely moving line for an extremely long time to be finally told that I would be getting pushed off into Lufthansa's lap. One man working the desk and constantly answering a frantically ringing phone, trying to deal with an entire plane full of people who had just learned that Condor was using a smaller plane and had ditched them. They needed three or four of him. I was given vague directions as to where to go, worried that I wouldn't have time to catch this new, much earlier, flight. I finally got face to face with a Lufthansa rep as my new flight was starting to board, and she couldn't even find my name in the system because Condor hadn't bothered to send it. That took a good fifteen minutes to fix by itself. I was told by professionals and other travelers alike that this haphazard downgrading of flights is very typical of Condor. They promised reimbursement of 300 euros for the flight, and of course as I tried to file the paperwork for it they are trying to give that reimbursement as vouchers for future flights with them. If I am ever lucky enough to fly to Europe again, it will not be with them. Lufthansa proved to me that they know what they are doing and how to treat their customers, even when faced with a swarm of stressed out people suddenly on their doorstep. Lufthansa had great food and great service, and in the future I will definitely be willing to pay a little bit more than what Condor is asking for peace of mind.
1/10

"I shall avoid Condor in future"

✅ Trip Verified | As a regular passenger with Condor I had booked a Business class ticket for a return flight from Halifax to Friedrichshafen via Frankfurt. On check-in I was notified by ground staff that the airline had sent a smaller aircraft that was not equipped with business class seats. I was handed a form that would enable me to apply for a refund of the ticket price difference. The flight was extremely uncomfortable. They obviously were sending an old aircraft with old interior and very little legroom on pure economic grounds because business was not fully booked. This way they sacrifice customer satisfaction for some operational savings. Doesn‘t look like a sustainable strategy! I was a Platinum Voyager traveller with SAA for 5 years and Lufthansa Senator for another 10 years. I am tall and was struggling all the way to Frankfurt. As most passengers do I book higher class transportation for a reason. An involuntary downgrade with an offer to refund solely for the different ticket price doesn‘t do the trick. It certainly looks for them as an easy way out. I shall avoid Condor airline in future!
21 to 30 of 349 Reviews