✅ Trip Verified | Calgary to Berlin. Absolutely horrible experience with Condor. We booked a flight with connecting flights through Condor. They sent us an email letting us know what the requirements were for our flight, but upon arrival at the airport, we were denied boarding for not having a negative covid test and just our vaccine records. This was a connecting airline, however because it was purchased through Condor we should have been provided with the necessary information for our flight. Which we were not. When we called Condor’s customer service line, we were met with a very rude and cold representative that was unwilling to help us or even give us additional information so we could assess our options. They also said we would not be able to catch a different flight in order to make it to our connecting condor flight because the boarding pass would then be incorrect and therefore we would have to forfeit our entire departing ticket price. (Over $700 per person). The absolute lack of customer service was surprising and so frustrating. And the unwillingness to help or provide information was also incredibly disappointing. An absolutely abysmal experience. Would not recommend this airline to anyone whatsoever and will not be flying with them in the future. I have nothing positive to say.
1/10

"crisis management was a disaster"

✅ Trip Verified | A landing in Seattle was not possible due to weather conditions. The flight was diverted to Vancouver. The passengers were then all accommodated overnight in hotels. The crisis management for the onward flight was a disaster. We were initially told that we would receive an email with information, which did not happen. Instead, we were told in the hotel that we should all fly back to Seattle the next afternoon at 16:30. Since many of us had booked connecting flights, it was not at all clear whether we could travel onward from Seattle on the same day, especially since the plane was not scheduled to arrive until shortly before 6 pm. There was zero information and the Condor phone hotlines in Germany and USA said they were not responsible. At the airport, there was no Condor information booth and the airport information desks had not received any information from Condor. One heard everywhere only "Yes, this Frankfurt flight. There are quite a few people asking, but we don't know anything." All passengers lost at least one whole travel day and those who did not get a connection in the evening even two. It was a disaster and all very nerve-wracking. You certainly don't need that a second time!
1/10

"unacceptable handling of the matter"

✅ Trip Verified | The flight was booked for my father, a Ukrainian refugee, fleeing the horrific reality of what is going on in Southern Ukraine. He was denied access to the flight because Condor wrongfully told him that he has to be vaccinated / have a negative covid 19 test to enter the country. According to AMENDED NATIONAL INTEREST EXCEPTION FROM PRESIDENTIAL PROCLAMATION 10294: ADVANCING THE SAFE RESUMPTION OF GLOBAL TRAVEL DURING THE COVID-19 PANDEMIC, and I quote: " (President of US) determined it is in the national interest to permit temporarily the entry of noncitizen nonimmigrants who (1) are traveling with a U.S. citizen or lawful permanent resident; (2) were physically present in Ukraine as of February 10, 2022; and (3) possess valid travel documents allowing them to travel to the United States". He had a valid Ukraine passport with a visa that covers him under this mandate. They dismissed him in the most disrespectful manner and misguided him into staying in the airport without means to flying and German language deficiency to escalate the issue to proper channels to get on the flight. It is unacceptable handling of the matter by Condor as a company and its employees. We had to rebook a flight on United at triple the cost and he was able to fly with no issues or any Covid-19 constraints.
1/10

"Never will book again with Condor"

Not Verified | Horrible experience - their food and beverage was less than average, the food serving time was odd (lunch at 10:50 and dinner at 8pm). Their inflight entertainment is poor. They also lost my luggage and it is so difficult to talk to somebody or get any info. Their Whatsapp is a joke (doesn't work at any time or date), their live chat person was not available or when it was, gave me info I already found on the website, not useful at all to get the luggage or find its status. I also called the customer service and she hung up on me because I couldn't hear her I still don't know where my luggage is or who to contact. Never will book again with Condor.
8/10

"Everything went extremely smoothly for such an unexpected delay"

✅ Trip Verified | My flight that was supposed to leave Frankfurt on Christmas Day was delayed by 24 hours. Thankfully, that was pretty much the only negative I have to say about the airline. As soon as Condor realized that they would not be able to get us out of Frankfurt, they sent our luggage to baggage claim and arranged for a shuttle bus to the hotel they paid for. Everything went extremely smoothly for such an unexpected delay (mechanical problems with the plane). Once on the plane, Condor allowed everyone to use the premium entertainment options, which meant I had plenty of movies to watch on the way back. When I requested the compensation guaranteed by EU regulations for long flight delays, Condor immediately replied that they would reimburse me. I ended up essentially paying nothing for a transatlantic flight during the busiest time of the year! I would feel comfortable flying on Condor again knowing that they will help make my journey smooth even if unanticipated problems occur.
3/10

"will avoid the airline for future travel"

✅ Trip Verified | Booked ticket online. Online check-in was required, but didn't work properly. Lady on counter was not able to prove that online check-in is even possible which meant I got an extra charge for counter check-in. Airline looks like a fraud to me. I will avoid the airline for future travel.
1/10

"no refund from them"

✅ Trip Verified | Booked tickets in February. Got canceled because of corona virus. Called and called the customer service number no answer for weeks. Called again in october cancelled the tickets they told me it will be 2 weeks to get the refund. Its been over a month and no refund from them. Called the accounting department and send numerous emails filed a complaint with the department of transportation here in the US. No manager available on the phone. Total chaos and who is responsible for taking so long.
8/10

"Flight was better than expected"

✅ Trip Verified | Flight was better than expected, aircraft was clean and legroom was great for a low cost / tour operated airline. I had pre ordered snack was fine. There was pay menu service (even during covid-19 period). Crew (English speaking fluently) were eager to serve you and friendly. We were on time, on boarding they did not check for passenger locator form that Greek authorities required to enter the country, debarkation was on the new format: allowed it only by group of rows 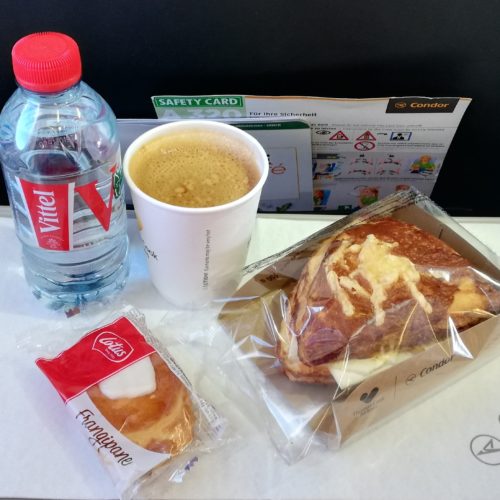 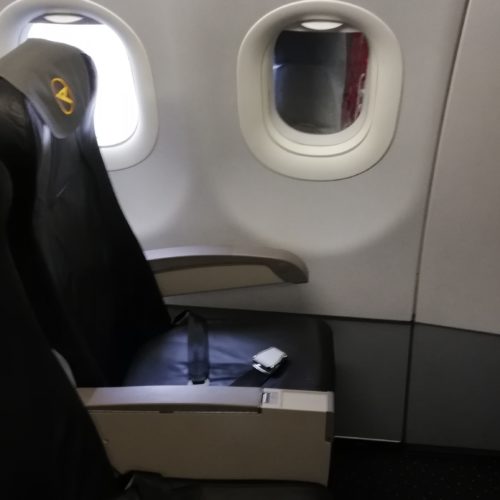 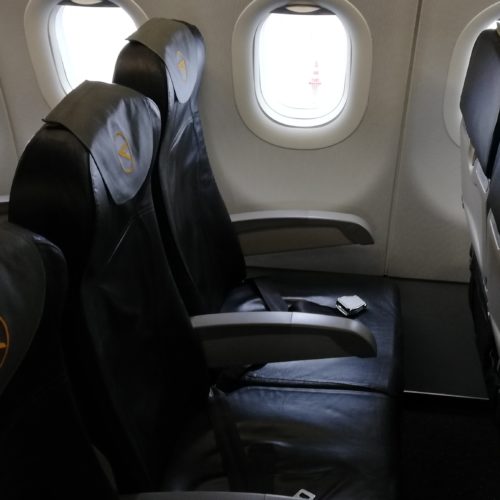 ✅ Trip Verified | At Condor, there are no security measures regarding Corona Virus. Flights are fully occupied. Masks or hand disinfection are not provided, before boarding, when boarding, or on the plane. The toilets were not cleaned or disinfected during the flight. Zero entertainment program. Uncomfortable and hard seats. All in all not recommended.
1/10

"suggest that you do not use this airline"

Not Verified | My wife and I booked flights on Expedia with Condor. The airiine canceled our flights without an explanation and no compensation or even a decent apology. The experience trying to contact customer service was a nightmare. I eventually reached a representative. When asked why our flight was canceled, the representative said that it due to the currently pandemic. When asked what about the pandemic, the representative responded " what do you think". I then said that I want to understand how the pandemic was impacting the airline and resulting in cancelations. He then explained that the German government government issued a warning that airlines from Germany should not travel to the USA. When I asked the representative how he might be able to assist with facilitating another flight he said that he could not help any further and I can expect my refund in 2 weeks. I so uncomfortable and disrespected by this agent. If you have another option, I strongly suggest that you do not use this airline.
1 to 10 of 354 Reviews