"the Avro is an absolute joy"

✅ Trip Verified | I was on an Aer Lingus flight operated by Cityjet. My flight was late due to weather in London, and my original flight got cancelled, but I got put onto a flight 55 minutes later. The flight itself was OK. The seats on this little Avro are very cramped. Cityjet uses a 3-3 configuration instead of the standard 3-2. This makes the seats very thin, and leaves you with not much room. The inflight catering was provided by Aer Lingus, and featured a buy on board service. As this was a morning flight, I opted for a Hot chocolate and some shortbread, and for £4.50, this was decently priced. But the highlight of this flight was well and truly the Avro RJ85, which I wanted to fly on before they all get retired, and I am very pleased I did. It is a unique experience, and I would recommend for any aviation fans to try this flight, as it is relatively cheap, and the Avro is an absolute joy. 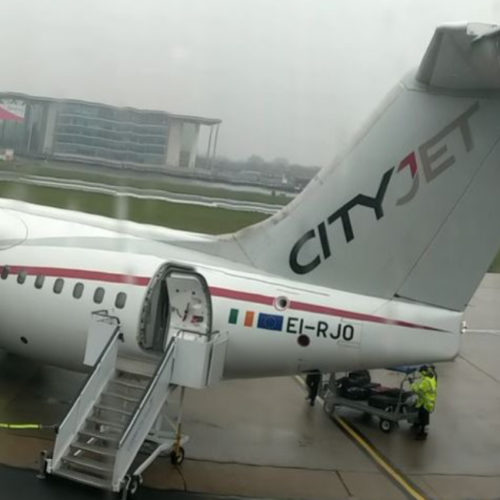 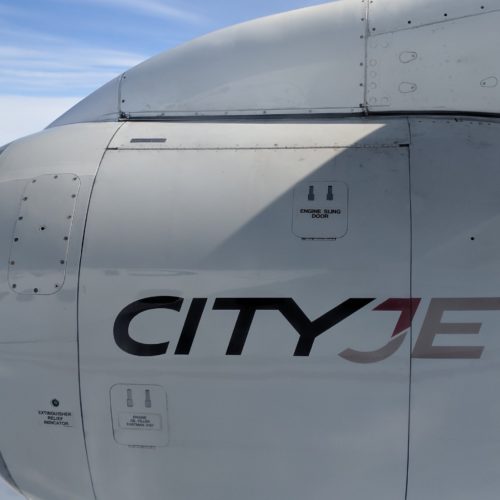 "I am still waiting to be reimbursed"

✅ Trip Verified | My partner and I took a flight from Dublin to London with Cityjet. The flight was delayed several hours due to weather conditions and they changed the destination from London City to London Southend which is some distance away (Apparently they cannot fly into City after 10pm). While they initially offered to give us a flight the following day should we wish. This turned out to be false as further enquiries at the desk proved they could not actually guarantee us a seat on any other flights and the attendant advised us to take that flight. He assured us there would be a bus put on to take us back to London city. When we finally arrived at Southend airport some 3 hours late there was no bus provided and we were told via text that we could take a taxi and be reimbursed. We arrived home 5 hours later then expected. I am still waiting to be reimbursed for the expensive taxi journey 11 weeks later. Each time I contact the airline I am told I will be reimbursed next week. Their communication and handling of the situation has been less then satisfactory throughout. Flying into London City airport is promoted as being easy and quick but this has not proven to be the case. I would not fly with Cityjet again nor would I advise anyone else to fly with them.
1/10

"No explanations were forthcoming"

✅ Trip Verified | Flight was 2 hours late - they couldn't keep their story straight whether it was because of 'wind' (another aircraft going to London took off 20 mins after ours should have) or 'technical issues.' Then we boarded and the air con was broken. In Tuscany in August. Whole plane dripping (literally) in sweat. I could see air steward's back through his shirt. Babies screaming, one guy was turning grey and fainting. So we had to go back to the airport. Then we spend another hour at the airport. No explanations were forthcoming this whole time. Operating on hearsay and what we could see. Finally we take off. Passengers actually clap. Then we get to London City 3.5 hours late. Off to luggage pick up. No luggage. No information. After another hour we are told luggage never got onto the plane. It's still in Florence. More waiting as staff very slowly take names and addresses. 'It's definitely going to come tomorrow. We will courier it.' It didn't come tomorrow. It's now the day after tomorrow. No phone call, no one replying on Twitter. Literally the worst airline in Britain. And that's a tough field! And did I mention this flight cost me £250. Not budget travel by any means. Please avoid.
1/10

"still not received my bag"

✅ Trip Verified | London City to Florence. I am utterly appalled by this airline. Not only were we diverted mid-flight from Florence to Pisa because of a technical fault (we were delayed in take off also by a technical fault - unclear if it was the same one, but the aircraft was rather old and shabby, and the toilet stunk to high heaven). Most egregiously, about 20 passengers did not have their bags loaded on to the aircraft. I received no information or apology from the airline about this. Some passengers seemed to have received a text letting them know of the issue, with a brief apology and no explanation. We were provided with a bus to Florence Airport where we were told to file a baggage claim (since CityJet do not operate out of Pisa), but there was no-one in charge of directing us - it was up to passenger initiative to figure out all steps. Once at Florence Airport we were offloaded and sent on a Kafkaesque quest from office to office, into the bowels of the airport, across the tarmac, and into the arrivals hall to finally file the baggage claim. Had I not actively engaged fellow passengers I would have never figured out any of these procedures. This was on Sunday, 15th July, 2018. At the time of writing it is 10:30 pm on Tuesday July 17 and I have *still not received my bag*. I received a text yesterday evening from Florence Airport letting me know that the bag had been picked up by the courier, and nothing since. I have been forced to attend a professional event wearing the same outfit each day, which I am washing nightly in the hotel bidet. In all my years of frequent travel I have *never* encountered this level of disrespectful neglect. I paid over the odds to fly with CityJet, hoping to avoid the indignities of a budget airline, only to find that this airline treats one worse than dirt. Never again.
1/10

✅ Trip Verified | Dublin to London City. Our Sunday evening flight was cancelled we were not informed until we got to the check in, there were no more flights available that night. the help desk was closed, we were sent after 3 hours to a hotel and put on aer lingus flight Monday to Heathrow. Not in business class in economy and not together. We had to take unpaid leave at work and pay to get back to city airport. We have to date not received an apology or any compensation! I would never fly or recommend them I would advice to travel with BA or any other alternative airline. They are disgraceful.
3/10

✅ Trip Verified | This City jet flight was operated for Air France. After arriving with an Air France flight in Paris from Singapore this Paris to Dublin flight was a big letdown compared to the service with an actual Air France flight. First of all after everyone has boarded their system recorded an error in their reservation . Simply bizarre that they only discovered this after letting everyone on board. This resulted in the plane not even moving from where it was parked for about 50 minutes after scheduled departure. We were then moving practically all over the airport for what seemed like they wanted us to view the runways before the plane actually took off. Service on board was quite slow. After being served the meal it seemed like they did not feel the need to clear the tray tables quickly. One stewardess managed to splash some Coca-Cola on the lady sitting beside me. She was very apologetic and nice but I got the impression that she was under pressure. On arrival in Dublin my bagage which had a priority tag after arriving in Paris on a first class flight was the 85th bagage to come out ! While Air France has consistently maintained high standards it appears that their City Jet partner just could not be bothered to do the same. As a result I missed the noon direct bus to Limerick and ended up having to use another bus company that took 3 hours and 45 minutes and a very convoluted route to get to Limerick. After spending so much to get priority service this connecting flight was a big disappointment and is way way below the service of an Air France operated flight.
8/10

"would fly this airline again"

✅ Trip Verified | Genoa to Paris. This was an Air France flight operated by local carrier CityJet. Everything was done through the Air France website and I was able to upgrade to business class for around €200. The business class seat was probably one of the smallest seat I ever flown, however the service was fantastic and for a flight that lasted under two hours there is really nothing to complain about. The airplane had four engines thing that I found quite interesting since it was very small aircraft. I was served a full breakfast that was very nice and the presentation was five star. I would fly this airline again without hesitation.
1/10

"flight has been changed"

✅ Trip Verified | Dublin to London City. I booked expensive flight due to family emergency. My return flight has been changed from London City to Southend. Reason given is staff shortages. This is most inconvenient and not what they advertise. No response from cityjet or offer of compensation. Never again.They continually brag about flying you into heart of London. Southend is certainly not that!
10/10

"this flight was a real bargain"

✅ Trip Verified | Brussels to Milan Malpensa. With only 29 euros, including drink and snack, this flight was a real bargain. CityJet flies this route on behalf of Brussels Airlines with a rare plane in the west: the Russian built Sukhoi Superjet 100. This turned out to be a rather silent, 2-3 seating plane, with a good legroom. The nice crew, the punctual departure and a truly beautiful view of the Swiss alps made this flight a very nice one.
10/10

✅ Trip Verified | London City to Dublin. The website is easy to use. Check-in and boarding were well organised. Staff neatly dressed and and welcoming. A drink is included in the cost of the ticket as well as a small snack. Departed on time and arrived on time too. A very pleasant short flight.
1 to 10 of 100 Reviews