✅ Verified Review | Hong Kong to Kota Kinabalu. I had a superb and memorable flight with Cathay Dragon from Hong Kong to Kota Kinabalu. There was a long queue as when I arrived at the Cathay Dragon check in counter in Hong Kong, but I had a swift check in process. Priority boarding was given to passenger who requires special attention and business class passengers followed by Economy class. This flight was operated by A320-200 registration B-HSU. I was greeted by as I boarded the aircraft and guided to the assigned seat. Inflight meal served approximately half an hour after take off. Breakfast with a choice of sausages with omelette and chicken with noodles. The omelette is delicious. In flight meal serving process was efficient. Cabin crew was available to serve hot beverages. Based on my observation and flying experience with Cathay Dragon, the meal portion has been resized to smaller portion since last year. I would suggest Cathay Dragon reconsider re introduce cakes into meal tray again. Overall inflight experience was pleasant. I look forward for more flight with Cathay Dragon in the near future. 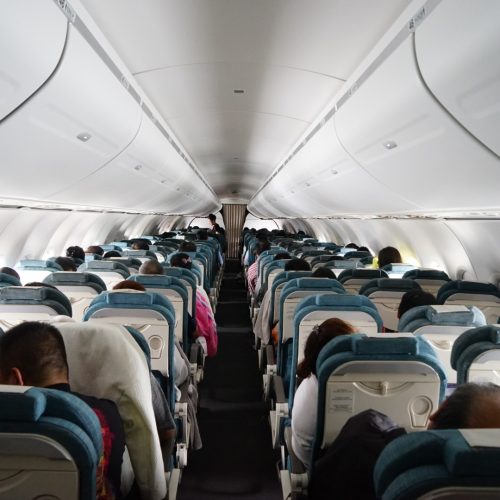 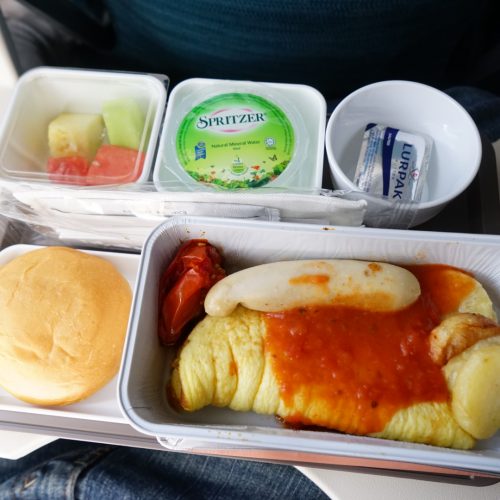 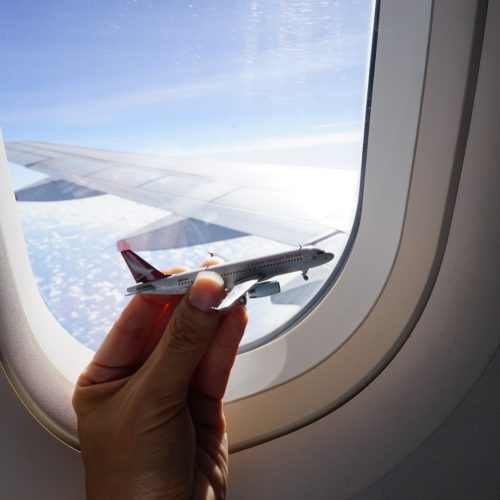 "refused for our connecting flight"

✅ Verified Review | Hong Kong to Hanoi. Cathay Dragon lets a family with two children just stand because of overbooked flight. After a 11-hour flight from Dusseldorf to Hong Kong, we were refused for our connecting flight due to overbooked flight. Only 5 hours later we could fly (with Vietnam airines) to Hanoi.
9/10

"not hesitate to use them again"

✅ Verified Review | Being the only airlines that flies direct from Hong Kong to Penang, Cathay Dragon codeshares with CX and MH etc. I bought my ticket on MH (much cheaper that way!) and was able to select this outbound flight with no extra charge. They use a regional business class 2-2-2 product for this route. It is a spacious recliner type seat, which was good enough for short to medium haul fights. For this 3-hour flight, their service was impeccable, warm and smiling. Cabin was less than half full, so it was very quite and relaxing. The meal was good too, with 3 choices, portion a bit small but sufficient, and quite tasty. Cathay Dragon managed to get us there a little ahead of schedule, which was very impressive. I will not hesitate to use them again in future.
7/10

"entertainment has a lot of choices"

✅ Verified Review | Before you step into the cabin, they offer 3 choices of the newspaper, two in Chinese and one in English. When you step into the cabin, the first impression of this flight is the uniform of the flight attendant. The old one looks more stylish and professional. The latest one looks childish. On the upside, you can expect a warm smile and a clear instruction where your seat from KA crew. The leg room of my seat is ok, consider I am just 170cm tall. For entertainment, I must say there is a lot of choices. Most of the movies are just being shown lately and other than the movie you can find some latest TV series as well as the documentary show. Of course, there are games to play. Speaking of the catering, I am not much into the food but compared to other Hong Kong base carrier KA offer more choice and better quality. I mean who doesn’t like Haagen Daz ice cream?
7/10

✅ Verified Review | Hong Kong to Kaohsiung. Check in service was efficient. The plane depart on time. However, it was using the old economy seat, quite disappointing although it was equipped with personal TV. The screen was not sensitive compare to the new cabin I had experienced. They offered a full hot meal even in a just 70 minutes flight, quite supprising. Cabin crew was attentive.
9/10

"seat was quite standard"

✅ Verified Review | Shanghai to Hong Kong. I was arranged to an earlier flight on that day. The ground staff was very efficient. The seat was quite standard. The IFE had a wide range of movies selection. Ford and drinks was great, better than Cathay Pacific ones. Crew is friendly.
8/10

✅ Verified Review | Beijing to Hong Kong with Cathay Dragon, and Hong Kong to Singapore with Cathay Pacific. I am critical of airlines who don't provide good service and it is a rare treat to report about a level of unrivaled service. They are not the newest fleet, the timekeeping out of China is affected by airspace controls but their service makes up for all of that. Good staff, good food and a genuine attitude to provide customer service.
8/10

"did their job smoothly"

✅ Verified Review | Hong Kong to Ningbo. Checking in at the counter wasn't the most pleasant thing of this flight, but after that it got much better. Boarding was delayed for half an hour which wasn't a major surprise, most flight departing for China are delayed and 30 minutes is considered little. I was the first to board in the Economy class section, I was greeted with a nice mile and a good evening, they checked my boarding pass and escorted me to my seat (they didn't even do that when I was flying business to London), which was a pleasant surprise. After that boarding started getting chaotic, it was loud, people were shouting across the aisles, but the crew seemed handle everything properly, asking the passengers to sit down on their seats and not blocking the aisle. I needed the loo halfway through boarding and it took me about 2 minutes to get from the middle of the plane to the toilets at the end, the crew kindly informed that there isn't any running water from the taps yet and asked if some hand sanitiser and an antiseptic towel would be fine. Takeoff was smooth as any cathay flight is, the meal was fine, ice cream was offered as a dessert option which was surprising for a short 2 hour flight. The Flight attendants did their job smoothly and smiled whenever I asked for something like they genuinely enjoyed their jobs. The seats were what Cathay Pacific, Cathay Dragon's partner airline, uses on their long-haul planes and featured very good padding and also a personal AVOD system which was responsive and featured enough selections to keep me entertained for this flight.
5/10

✅ Verified Review | Hong Kong to Kuala Lumpur. Cathay Pacific is no longer flying to Kuala Lumpur and is replaced by its regional, recently rebranded, Cathay Dragon (previously Dragonair). I must there is general sense of downgrading in terms of food quality, inflight service. The mains were really poor in portions and quality and no plain water offered unless you asked for it, reminded me of budget airlines like AirAsia. I have always flown Cathay Pacific Business Class but this time round decided to try out the Economy on Cathay Dragon and the difference is pretty obvious. Cabin crew were not as attentive and seemed to rush through their rounds. I will consider MAS in my next trip.
2/10

"neither friendly or supportive"

✅ Verified Review | My flight from Hanoi to Hong Kong was delayed one hour and I have asked the airline staff at Noi Bai Airport that whether the delay would affect my connecting flight to Johannesburg and she assured me 40 minutes was enough for connecting. But when I arrived in Hong Kong, staff of Cathay Dragon and the supervisor said I could not take my original flight to Johannesburg, offered me the next day flight (24 hours later) or take indirect flights through other countries to Johannesburg. I refused to take indirect flights as it would take much longer time of flight and transit. So I had no other choice rather than staying 24 hours waiting for the next day flight. But the staff refused to provide me with a resting and shower facility while waiting 24 hours for the next flight. They were quite rude in tone and body language, did not apology for the delays and neither friendly or supportive, rather than pushed me to accept to stay 24 hours in the airport with lounge service for food and coffee and without resting nor shower facilities. No resting or sleeping place, I could not sleep at all that night and felt really tired. So next morning, I went to the Cathay Dragon Air counter to ask for a resting place. It took almost 2 hours of discussions with her and the supervisor, the supervisor repeated the same thing and refused to provide me with a resting and showering facilities and he sent his staff to go with me to find a public and free of charge resting place, but we did not succeed as all these were occupied. Finally, they offered me access to services in Business Lounge of Cathay Pacific where resting and shower facilities were available.
51 to 60 of 62 Reviews