✅ Trip Verified | Hong Kong to Wuhan with Cathay Dragon. The food and wine is great! The seat is very comfortable. Though it's a very short flight, the seat allows you to lay down as much as possible. Cabin crew are friendly.
6/10

✅ Trip Verified | Hong Kong to Kaohshiung in October 2018. Dimsum For Breakfast, no other menu, the dumpling is delicious but i don’t really like the radish cake, but the service was good, crowded flight. Quite a jam for toilet.
7/10

"service of the crew is ordinary"

✅ Trip Verified | From KUL to HKG, travelling by A330. The comfort of the seat is fine and the headrest can adjust to different angles. The width of the seat and the legroom is quite large. Although there are many films or TV for you to watch, the size of the personal televisions is very ordinary or even quite small (9 inches). The service of the crew is ordinary too. The meal is sufficient and they provide chicken pasta, salad, ice-cream, drinks and cookies. 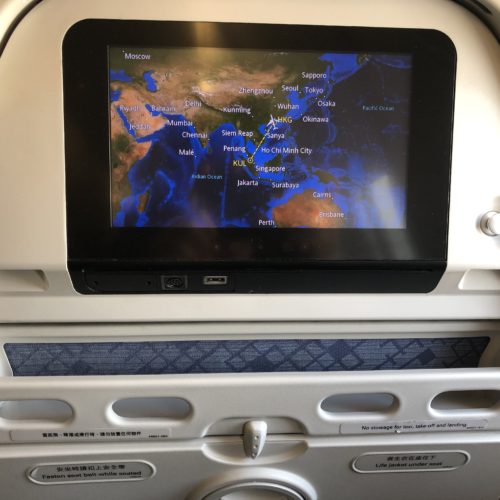 "Please sort it out Cathay"

✅ Trip Verified | Cathay services have, like most airlines got worse as efforts to cut costs and remain competitive mean a slip in food quality, cancellations, code sharing, crammed flights etc. and the food quality has dropped markedly in addition to their reliability. However, I would still say that on this particular route they are still the best airline (not much of an accolade as all the other airlines are budget/Chinese). I have travelled this route (Hong Kong to Shanghai) almost every weekend for over a year and have been a regular user of Cathay for over 15 years. One thing that has caused immense inconvenience and in my opinion negates any advantages of this airline is that most flights, upon landing is to taxi the furthest gate. The gate is so far away that it takes 25 minutes to drive the plane there after landing. Due to the remoteness a bus is used so takes a good 40 minutes to get to the terminal building. This is a super cheap ‘gate’ that is used almost exclusively by Cathay (occasionally other budget airlines if their gates are being used. Their insistence on using this gate creates delays and often hours in a holding pattern until the spot clears. I understand the needs for economies to be made but surely a strategy that creates so much hassle and late arrivals could be replaced with something else? I wish they would just remove in-fight entertainment and get a decent slot! Friends I have who are cabin crew are miserable and report that moral is very low within the organization because of constant complaints and dissatisfaction from passengers. Not having a movie on a 2 hour flight is much less hassle than catching the same flight every Friday for almost a year and all but one being 1-3 hours late. Please sort it out Cathay I can’t keep sucking up this disregard for passengers for much longer, even the pilots are annoyed!
7/10

✅ Trip Verified | Hong Kong to Zhengzhou. This is the first time for me to travel with Cathay Dragon. Overall, I think that this flight to Zhengzhou is satisfying and it basically meets with the quality that the Cathay Group provides. The cabin staff are nice and the seats are comfortable. As for the food and beverage, I think they are satisfactory, not too bad but not too tasty, the Häagen-Dazs ice cream is probably the food that I appreciated the most. The only thing that I want to criticize is that no in-flight entertainment is installed on the A320 fleet of Cathay Dragon, passengers need to download the KA Studio app in order to enjoy their in-flight entertainment. However even though I have downloaded the app in prior, it still requires me to download patches after getting on the plane, and I could not figure out how to use it, therefore the only thing I could do with the app is looking at the flight map, which is quite disappointing for such a world-class airline.
7/10

✅ Trip Verified | Shanghai to Hong Kong. The flight delayed about 70min due to air traffic control at HKIA and process out of order allocating boarding gates at Shanghai Hongqiao International Airport. But the crews tried to provide a smooth and flexible service. The meals,to be sure, were not enough when it comes to the portion,even as refreshment, and the chicken noodles looked less tasty (but after all tasted well). Due to turbulence on air, the service operated a bit slowly but enough.
3/10

✅ Trip Verified | Cathay flight from Kuala Lumpur to Hong Kong, which used to operate by Cathay Pacific, has been downgraded after taken over by Cathay Dragon. The overall service was not the Cathay shall have, perhaps this is because it is still a Cathay Dragon flight, not Cathay Pacific in reality. (Is it means that we cannot anticipate the same quality of services even it was claimed under same group?) I do not sure how serious Cathay group is treating this route, maybe you have already downgrading as it is not important to you, but as a frequently flyer between these two cities and cities within China mainland, I shall not try again or recommend to my colleague or overseas partners. KA730 on 19 April, there was NO welcoming drink even a cup of water was requested twice before I was attended (water was asked 10 mins after seat belt sign was switched off which is reasonably fulfilled safety requirements). Wine is no more an option for meal, only on request and only served when asked twice for my second cup, was attended. I can strongly feel the flight attendant was not happy/willing to serve the passengers as they were leaving/walking so fast to avoid further requests. Meal was standard, but without hot tea! I felt uncomfortable as air-con was not strong enough. In my return flight on 26 April (KA727), it was another unpleasant experience with KA. Flight was delayed. I was informed at the HK airport, without knowing reason. I felt fine as I was too early (5pm) to be known, even when a friendly staff at the airport counter was politely asked me to check with the gate for details. I do understand there is always an unexpected or inevitable reason of flight delay, but nobody can tell us what was happened, including staff at the gate. They were not even looking at their customer who was asking for details and kept instructing me to be waited. No answer was given, including the captain and the flight attendant manager, no apology, no info about the delay, they just treated as delay was not happened! The worst part was, when I was trying to use the headset, I found out that the plastic package was opened, and a hair was attached on it! The flight attendant was not felt sorry, and just dragged the headset from me and looked at me, until I asked if I can have a replacement.
7/10

✅ Trip Verified | Shanghai to Hong Kong. This flight is still a satisfying flight, with friendly flight attendants, and fine seats. The food on the plane is not that good on this flight. A small size dish with small size rice. The rice is actually too cold to make itself hard again. The USB adaptor is bad which doesn't allow you to charge your phone properly. 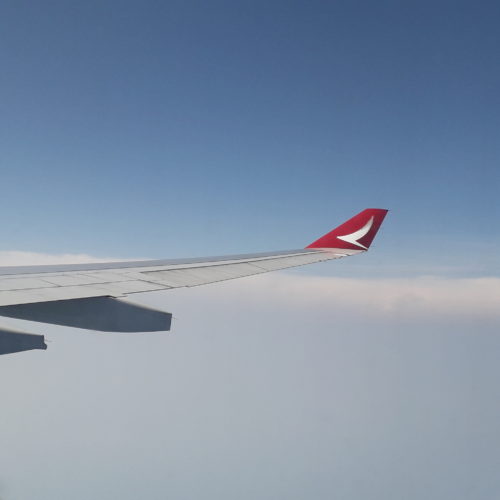 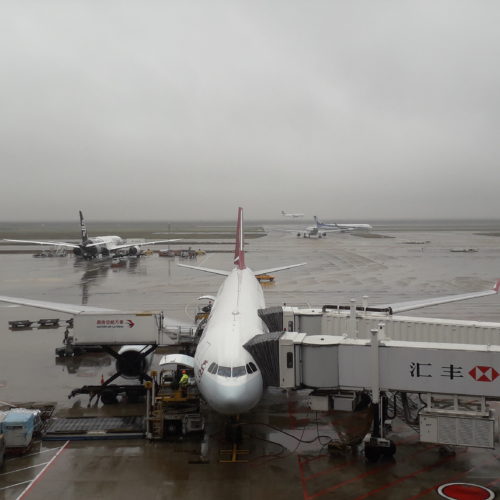 ✅ Trip Verified | Hong Kong to Shanghai PVG. The trip is actually nice. Flight crews are friendly and nice. The seats are comfortable but the space between each row is quite small, which doesn't allow me to have enough space to stretch myself. There are a lot of movies on the plane, but not quite up to date. About the meal, The rice there is hard, but the other is actually ok, acceptable.
5/10

✅ Trip Verified | Hong Kong to Hangzhou. Very poor service with no clear explanation for flight delay. This airline always delays one flight with fewer customers in order not to delay other flights with more customers. For example, the flight from Hong Kong to Hangzhou (Flight number KA622) is frequently delayed for 3-4 hours due to airline’s poor operations of flight schedules but not because of weather conditions.
11 to 20 of 62 Reviews