A nice experience with Biman Bangladesh Airlines. The flight was on time and the plane was clean enough. No IFE system but enjoyed the travel as an inflight magazine was offered which was written in both Bengali and English. Staff were also nice. Food was good enough for a 40 minute flight. I also used Biman for my returning flight and that was also good apart from the flight being 15 minutes late.
1/10

Very disappointed with the Biman Bangladesh Airlines Boeing 777-200 it was so bad. It was like you go back to the 70's. I have travelled with Biman previously with the newer Boeing 777-300 and that was so much better experience. This experience was bad - seats were cramped zero entertainment and for 10 hours it was very painful not worth money you pay. Return trip was even worse as previously they kept you in hotel for one night in Dhaka, than fly next morning, but now you have to go Sylhet airport for 3am stop at Dhaka, wait there 4 or 5 hours than fly UK. When booking flights make sure you get Boeing 777-300. Only plus side 40 kg luggage
9/10

The planes used by Biman Bangladesh from London to Sylhet and return via Dhaka were clean and cabin in good condition. I believe the planes used for the journey were Boeing 777-300ER. The the Inflight Entertainment has a 12" screen, with Hollywood and Bollywood Movies, games, flight maps and other information. The seats in economy were comfortable and included foot rests and neck support, and the inflight magazine was also good. Food The food served was not to the standard of Emirates or other similar airlines, but still to a good standard. The food consisted of two main meals, cold drink and hot drink. Cabin crew were attentive and smiling and spoke fluent English. They cleared trays promptly and responded to requests promptly. They even brought my group of travellers masala (desi) tea's upon request. There is improvement needed in the way that they serve food. During the main meal serving times, there are 3 option ie Chicken, Lamb and Fish, however this is not advertised anywhere and nor is there a menu card offered, which is offered by other airlines. The only reason I found out was because I enquired about the options, otherwise cabin crew simply serve the dish they hold in their trolley! Also the juices served are not good quality and full of sugar. I would consider flying again with Biman, provided they are able to keep up the quality.
8/10

I flew with Biman last month from Kuala Lumpur to Dhaka. Food was good and warm. Juices, Cokes and Water were given frequently. IFE was also pretty good filled with Bangladeshi, Indian and Hollywood movies. Hostesses were smiling and provided good service. Seat was comfortable. Overall the whole thing was good up there.
6/10

"there are still negatives with Biman"

First flight with Biman Bangladesh Airlines after almost ten years of not flying with them due to terrible planes and flight scehdules. Check in at Heathrow was chaotic as there were many travellers with families and overweight luggage. Biman don't have their own lounge but use Gulf Air at Heathrow. worth paying 30 pound surcharge for some peace and relaxing. New plane had good seats and clean interior. Inflight entertainment is okay, not a great selection of movies of videos but sufficient. Meals were adequate though nothing special and certainly not on par with the Emirates or Qatar Airways. Biman seems to have made some improvements from what it was, but there are still negatives. Cabin crew really need to smile more and be friendly, they seem disengaged as if they don't like their jobs. Selection of soft drinks is very poor - asked for coke and not available, asked for pineapple juice again not available. They do not offer drinks during flights or pre take off. They don't provide hot towels and you have to ask for blankets.
9/10

Comfortable flight, good selection of entertainment in both English and Bengali, decent leg room, definitely worth paying the 5 USD to get a free seat next to you on a flight that long. Came in just over 13 hours in the air, and was comfortable throughout the entire flight. Food was rather nice too, something I did not expect. 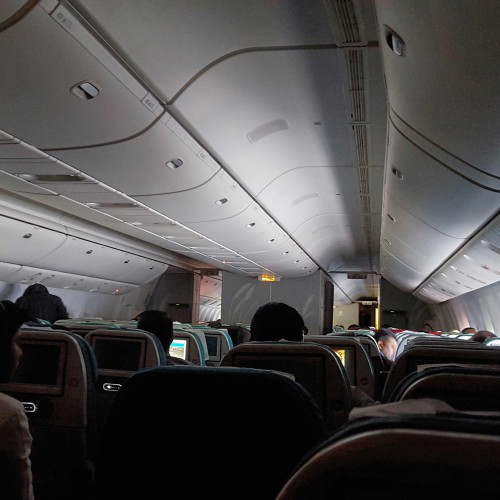 I booked the Biman Bangladesh Airlines ticket online which was easy and the site worked fine. Check in was disappointing becasue they forgot me to charge an extra tax of 500 taka and then I needed to take my luggage and had go to a counter to pay. Reached Yangon on time. No entertainment, but for a 2 hour flight I can entertain myself. Although it was Ramadan, we got water and a snack. Actually surprised, because of the negative image of Biman Bangladesh Airlines .
7/10

Biman Bangladesh Airlines do not have a dedicated Business Class counter. The flight was on schedule, seat was quite comfy and a lot of leg room. There were three meal choices options, mine turned out to be quiet nice. The inflight magazine had some interesting articles and duty-free selection not bad either. The food and beverage selection was great considering the flight length. 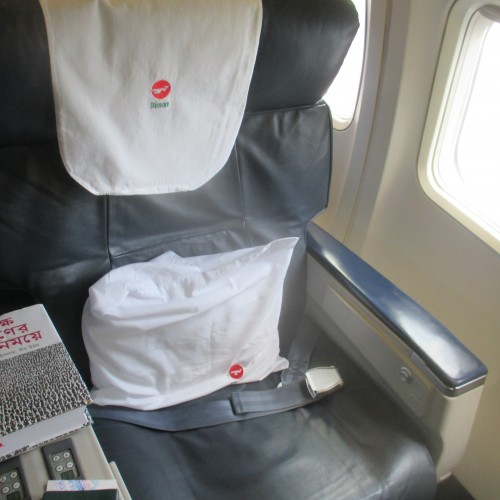 Singapore to Dhaka was quite good. The station manager went an extra mile to ensure that I get an empty seat next to me for the baby, as all the bassinet seats were taken. The cabin crew was also helpful. Inflight menu has improved from the last time when I travelled 3 years ago. Dhaka to Chittagong flight was A310 and bad weather. Not the best aircraft to fly.
4/10

Checking in was totally disorganised. It took us almost half an hour to check in. We were waiting in line only to be told to shift to another line after wasting 20 minutes. Check in clerks need more training to be more efficient. Flight was delayed one hour after boarding due to late loading of cargo.
31 to 40 of 79 Reviews