✅ Verified Review | Astana to Amsterdam via Minsk. Flying Belavia was probably one of my worst flying experiences ever. Unfortunately I had no other choice as all flights out of Astana to Europe where fully booked. The two aircraft I travelled with were very old B737-500s. Especially the first one was outdated and probably over 30 years old and retrofitted somewhere in the 90s or so by adding an entertainment system for music only, which was broken. But nobody uses this type of IFE any more as everyone has either a phone of MP3 for personal entertainment and music. The aircraft still had ash-trays installed in the arm rests. Seats on my first flight from Astana to Minsk where terrible resulting in neck pain. Seats on the flight from Minsk to Amsterdam where soft and had good head rests, but the seat back was so thick and pitch so small that knee and leg space was very limited. Check-in staff was friendly and boarding was quick. Some of the crew members were very friendly, others were grumpy old Belarussian men. Crew assumes everyone is Belarussian, which is not very thoughtful. Drinks are fine, but the food was absolute horror. They said it was beef but I was unable to identify what kind of stuff I got. In general I would say to avoid this airline, unless Minsk is your final destination as I don't think that there are many alternatives from Western Europe except for (as far as I know) Lufthansa via Frankfurt and Austrian via Vienna.
5/10

✅ Verified Review | Minsk to Moscow Domodedovo. I'm a frequent traveller from Kiev to Moscow via Minsk - 4 times a month. Belavia was quite agile to adjust its schedule and offer more or less comfortable connection flights for business travellers. The fleet they operate is mostly B737 classic (+Tu-154 for those who miss Soviet times) - old and non-comfortable. Almost no difference between business and economy. Very tight seat layout (also in business). Airport service in Minsk is on average, lounge offers some local food. Cabin crew is usually polite and attentive. What really works is punctuality - most of the flights were on time, disregarding summer or winter time.
1/10

"service onboard was awful"

✅ Verified Review | Moscow to Minsk with Belavia was awful! The flight was delayed for unknown reasons almost 3 hours. The type of aircraft was changed. The plane was supposed to be a Boeing but it was a terrible and extremely old Tupolev. Service onboard the aircraft was awful. Flight attendants make a bad impression.
2/10

"onboard service is non-existent"

✅ Verified Review | Flew from Minsk to Kiev Borispol. As a frequent traveler on Belavia, I do around 5-10 flights monthly with them. My overall opinion is that they are the most primitive legacy airline I've ever used. Even downhill from low cost. All the aircraft's are ancient and have no standard seat layout. Legroom is tight. Another negative point: the onboard service is non-existent and is limited to 1 glass of water (still or carbonated - that's the choice). If you opt to buy food or drink, don't bother: they do not exist on sale. It is also a bad idea to buy so-called business class ticket. You will be seated into economy and given same glass of water. The only reasons I use them are that the schedule exactly fits my needs, there is almost no choice on routes I fly, all my flights are up to 75 minutes, and they are always on time.
10/10

"food good and service too"

Great flight from Minsk to Tel Aviv with Belavia. The food onboard was good and service too. The plane was very clean. Only complaint is the age of the plane but this is not a big problem. I flew back from Tel Aviv to Minsk too and all aspects of the flight were very good - would recommend. 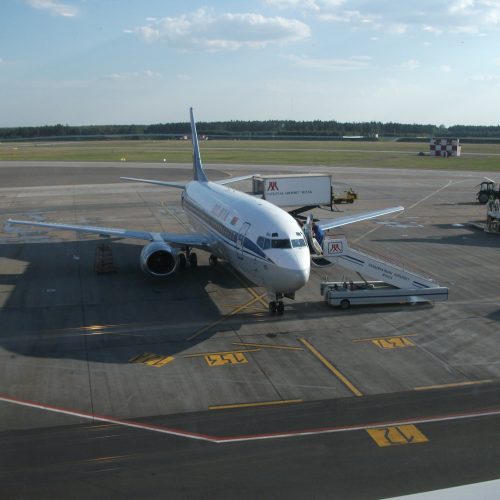 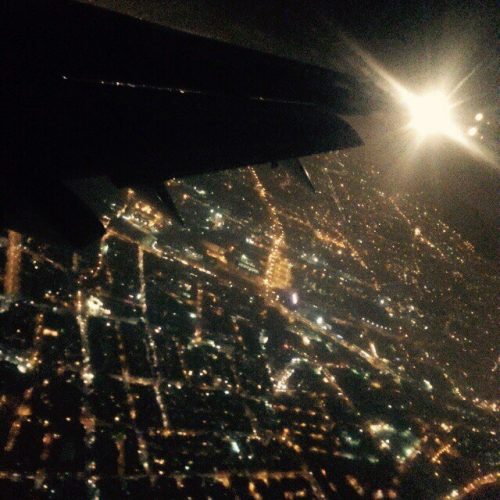 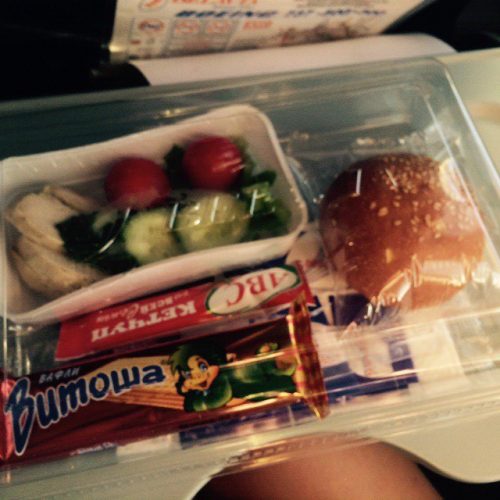 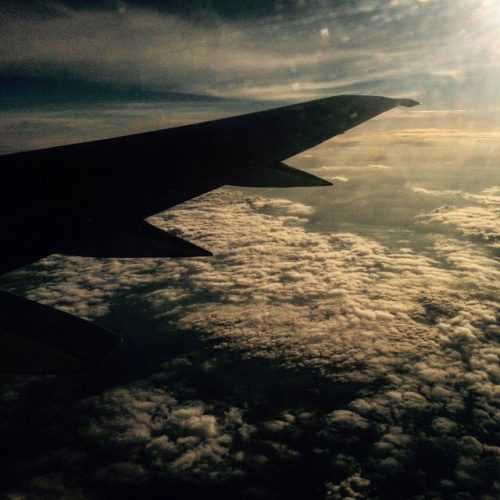 Milan to Minsk on Belavia, and very nice flight indeed. Check in was quick. Our flight was on time both departure and arrival. The plane was new and seats very comfortable. We were offered complimentary tea and pain-au-chocolat. Cabin crew was very helpful and attentive. A huge improvement with respect to the old Belavia service.
6/10

Belavia is one of the carrier 2 operators on this route. For 5kg of excess baggage I was not charged. Was a very old 737-500 with the smell of fuel and unwashed socks in the cabin. No leg room and uncomfortable seats. Crew talking and seemed very strict with no smiles.
1/10

Flight from Warsaw to Minsk was on time and uneventful. Transit at Minsk was impossible because the airport has no facilities to process transit passengers. All passengers with connecting flights were herded into a hot, stuffy room for an hour, until the man in a green uniform who had the key to the door to the main Minsk terminal decided to appear. By that time, most connecting flights had departed, including my flight to Kiev. Belavia staff tried hard, spoke little English, said I would have to sleep in the airport as my passport was ineligible for a transit visa on arrival, and travel on the morning flight to Kyiv 14 hours later. Nothing offered, not even a bottle of water for the inconvenience. To be fair it was the fact that Minsk airport does not work for transit passengers that was the issue, but Belavia must be aware of this and should not sell connecting flights. I am sure Belavia is fine for point to point travel, but it (and Minsk airport) is unable to cope with connecting flights.
10/10

Amsterdam - Minsk 23/07/2014 Minsk - Amsterdam 30/07/2014. Brand new Embraer 195 that was delivered in May 2014. Good seat pitch config 2-2. Flight packed but air hostess made everyone feel comfortable. Given a sandwich and a selection of soft drinks. Good value for money comfortable and enjoyable experience overall. Would even suggest it rivals Lufthansa and Austrian Airlines that fly to Minsk in terms of overall experience.
10/10

I have been using Belavia airlines for almost nine years and I have never had any problems. Good service good flights always on time and most importantly staff were very kind and helpful. Representative at the airport always helping with a smile! I am recommending them for a safe and pleasant trip.
21 to 30 of 43 Reviews