Not Verified | Great flying but a horrible check in experience. Very rude woman at the desk in Innsbruck who seemed bothered to help me and barely said hello. There was no line of people in front of me and I was the only one checking in at the moment.
1/10

"$35 each for seat assignments"

✅ Trip Verified | A basic but fundamental complaint. After purchasing two United Airline code-share tickets on Austrian Airlines, I learn that I now have to pay Austrian an additional $35 each for seat assignments, unless I want to see what's left 47 hrs before departure. Doesn't "Star Alliance Partner" mean anything? Doesn't status as a million-mile flyer (on UA) mean anything? This charge is insulting.
2/10

✅ Trip Verified | Booked Hamburg to Phuket via Vienna and Bangkok on one OS ticket. All legs were in C, HAM VIE operated by Eurowings and BKK HKT by Thai Smiles. Was travelling with my partner. We are both status members with LH. In Hamburg and otherwise than stated on their website, Eurowings refused to check luggage through to HKT; reason given “we are not Star Alliance and as such we do not” This meant we would have to get luggage in BKK and check it in for the BKK HKT leg. This is more than annoying, not seamless at all and in addition, the check-in desk lady was more than rude. Unacceptable for a business class experience. Flight on Eurowings was a little late with some nice red wine topped up twice by a very friendly purser. LH lounge in HAM the typical LH standard with some good food and beverage selection. Did not make it to the Austrian lounge, unfortunately. The Austrian flight in VIE left an hour late, due to snow and de-icing. Cabin crew was very nice and charming, absolutely personal and present. Food and wine above LH standards; had booked two "throne seats" which were amazing. IFE sub-standard. C cabin was fully booked. Arrived in BKK half an hour late. When arrived in BKK we were told by ground staff that out luggage was NOT on the plane and that we should directly go to the Thai smiles gate; also got an e-mail saying that Thai Smiles was “re-scheduled” to over an hour later than the initial booking. We left almost two hours later than planned – already then knew, things would be bad. Thai Smile offered water, juice and noodles options in the premium cabin. Far away from premium. When we arrived in HKT it was far too late to catch the latest ferry to Kho Yao Yai (that we had already paid); it took as more than two hours to verify our luggage would not arrive and sort things out with the Thai baggage service counter in HKT. Had to book a hotel room, buy clothes and a new transfer to the island. It took Austrian four days to ship our luggage to BKK (although there are several daily flights within Lufthansa group) and another 24 hours to ship from BKK to Kho Yao Yai. In the meanwhile, no information was given by Austrian, no reaction to calls, mails etc. The only information we got was from Thai Smiles “we not not know, we have to wait”. I expect an airline like Austrian to be more supportive, responsive and reactive. What I really hate is, that within Lufthansa group, one family member (i.e. Eurowings) behaves like the unloved child and lets customers exactly feel this. That’s bad behaviour. No need to pay premium prices if you do not get premium service. Things went as bad flying home.
10/10

"both flights were excellent"

✅ Trip Verified | After reading many reviews, I was sceptical to be flying Austrian Airlines and concerned my luggage wasn't going to make it. We flew BKK-VIE-LHR in Business Class and both flights were excellent. Check in at BKK was very smooth and we were advised of a 1 hour delay to the flight which was a little concerning as we had a 45 minute connection, we were asked to continue with the flight and if the connection is missed then Austrian will sort out a new flight and hotel upon arrival in VIE. We used the Singapore Airlines Lounge at BKK airport which was outstanding, excellent service, food & drink selection. We were priority boarded on the 777 and met by very friendly and smiling crew, there was a pre take-off drink offered which included champagne, orange juice or water. The seats were full flat beds, slightly older style but still very comfortable for the 11 hour flight, there were 2 full meal services on the BKK-VIE leg as well as a snack service mid-flight. Food and drink selection were excellent. Crew were very friendly throughout the flight, i asked about the connecting flight and they were able to confirm near arrival that the onward flight was slightly delayed, they told us the gate number to head to as well. Upon arrival at Vienna Airport, we were able to get between the 2 flights in less than 10 minutes and we made the flight to LHR. The A320 was brand new and had USB charging sockets onboard, we were served a Christmas Dinner in Business Class along with a drinks service, the crew again were very good, efficient and friendly. The business class seat is the same as most European carriers with the middle seat free and a little bit more legroom. Upon arrival at LHR, we were pleased to see that all of our bags had made the connection and waiting for us on the carousel. Overall, I was very impressed with Austrian Airlines and will definitely look at using them again for future flights.
6/10

✅ Trip Verified | Flew Austrian airlines return LHR to Bangkok via Vienna with 40 minute connection both ways. Everything was well-organized, our return flight was delayed and we only had 15 minutes to change to LHR plane and we managed to do it, in addition, they held the plane and waited for those of us who were coming to this connection. To add, our bag did not make it to our final connection due to time limitations and they informed us as soon as we landed and delivered it to our home in less than 48 hours! Very impressed. Staff were very friendly on all the flights and did their best to make our journey comfortable. The food was just okay, vegetarian to suit everyone. There is a decent choice of entertainment, but could always improve!
3/10

"forced me to check in my luggage"

✅ Trip Verified | Terrible service. Thé lady at the check out wasn’t even looking at me when I check in, she was busy talking to her colleague. Then she forced me to check in my luggage cabin which was 9.9 kilos , authorized weight is 10 kg. She said even business class people I don’t allow this, so you can imagine for economy class as yourself. That was very downgrading.
1/10

"have the right to claim a compensation"

✅ Trip Verified | I was a passenger on a flight OS 0392 (Barcelona - Vienna) and I had a ticket that included a connecting flight to Sarajevo (OS 0757). The flights were booked together in one single ticket. The take-off of the flight from Barcelona was delayed, and we got late to our transfer flight from Vienna to Sarajevo which was scheduled at 12:55 pm, together with the other 7 passengers. During the flight, we were told to go to gate G36 as quickly as possible so I ran first because I have the EU passport so I can tell them to wait for my colleagues who have non EU passport. I arrived first, and there was 7 minutes until the take off, but we were denied boarding even though there would be enough time for us to enter the plane. We were told to go to G4 to get our flight rebooked and it was rebooked to all of us. I noticed that for the other transfer flights, the staff from Vienna airport were waiting for the passengers and directed them to the gate. I don't know and can't understand why that wasn't a case for us, because that would help us to make it on time. The passengers of different flights should have the same conditions so they can enjoy the same rights. According to EU REGULATION EC 261 I have the right to claim a compensation of 250 euros and I will definitely ask for that. In addition, 10 euros isn't enough for a daily meal and a drink at Vienna airport because of the high prices. Also, when I picked my suitcase at Sarajevo Airport, a wheel was missing and since I didn't report it at the airport, they refused to give me any kind of reimbursement. 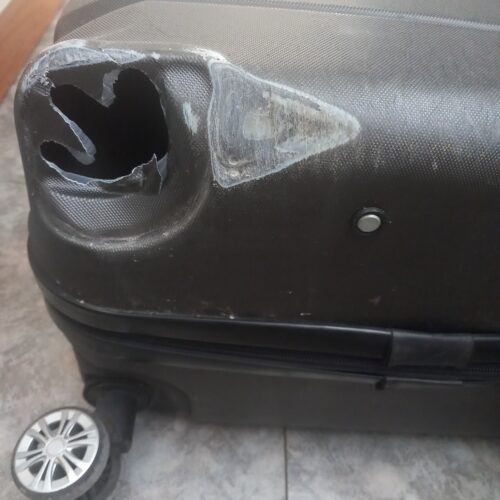 "trip was uncomfortable even with the upgrade"

Not Verified | Athens to Vienna wasn't too bad but Vienna to Newark was a nightmare. Having to walk down the planes steps in the rain, herded onto a bus (the driver drove recklessly) then having to fight to see our gate # and finally loaded on another bus!? The gate was total chaos. The employees never announced they were boarding and it was a crush to get thru where we had to check in for a 2nd time. The plane trip was uncomfortable even with the upgrade. A totally bad experience.
7/10

Not Verified | Short flight from Vienna to Rome. I had no issue but tolerance of excessive carry-ons led to a mad scramble slightly delaying takeoff. Crew was very nice. I had a recurring bout of back pain, and we had to go down a very long flight of stairs to a door, board a bus, then climb more stairs to the airplane. Not friendly for the mobility limited passenger.
1 to 10 of 687 Reviews