Not Verified | Flown this route return 4 or 5 times. Of course, a visitor to Guernsey has no choice, the airline has a monopoly. The flights themselves were only an hour, and uneventful. Aurigny flight team is usually OK. Not rude, but not terribly friendly, either. My last trip, the Guernsey airport staff was a very bad dream. They treated me like a suspected terrorist (I'm a past-middle-aged solo female traveler.) Kept me until the plane was completely boarded. I was the last one allowed on board. They opened my suitcase and removed every single item. They turned my book upside down and flipped the page, looking for who knows what. I fully expected sniffer dogs at some point. Since the trip itself had been stressful (horrendous weather, hotel room robbed), this last insult was so upsetting! I was finally allowed on the plane, but fighting tears. The flight attendant was nasty and gave me a "look" for holding everyone up.
1/10

"this airline refuses a refund"

✅ Trip Verified | Gatwick to Guernsey booked for late April. I am a US citizen who planned to vacation in the UK. With the Coronavirus, we had to cancel our plans. Every business that we preplanned and prepaid with has refunded every dollar even-though all our tours were labeled “non refundable“. Delta also refunded every cent! Aurigny, is the only exception. They told me use my travel insurance because they are not giving me a refund. Can you believe at this time, with this world pandemic emergency situation that this airline refuses a refund. Its not like I merely just changed my mind. Im not allowed to get to UK to take this flight from this airline.
1/10

"disappointed in this service is an understatement"

✅ Trip Verified | Aurigny has a monopoly on flights in Guernsey so you have no other option that to book with them. The staff on board the flight look miserable, like they do not enjoy working there at all. The checkin staff at Gatwick were ok but the checkin at Guernsey was bad, such grumpy staff. We were 2kg over on checkin which was quoted as going to cost 20pounds! We only had 3 carry-on bags (out of our limit of 4) and the plane wasn't full, so common sense would say just let it through. Instead we had to take the 2kg out and make a 4th carry-on bag. So the weight is still in our entitlement but what a pain! Then on arrival to Gatwick our brand new expensive Samsonsite suitcase had a huge gash on the front of it! I was shocked. There was no person at the baggage info desk at Gatwick (South Terminal). So when I got home and had a customer feedback email from Aurigny, I answered it straight away and told them about the problem. I got no response. I emailed Aurigny again after I returned home from my holiday only to be told: "The online Survey that is sent out does not come from Customer Services. All claims have to come to this email address, and we have checked, and we definitely didn’t have any emails from you until yesterday. I’m afraid on this occasion we would have to recommend claiming through your travel insurance." To say that I am disappointed in this service is an understatement. I sincerely hope I have never have to fly on Aurigny ever again, nor would I ever recommend the airline! take the ferry from the mainland or fly to Jersey with another airline and then transfer to Jersey via ferry! 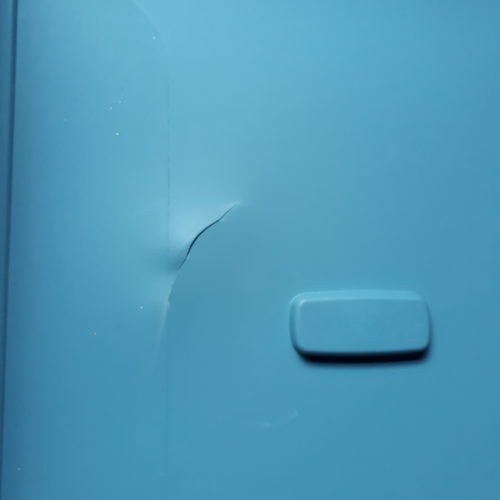 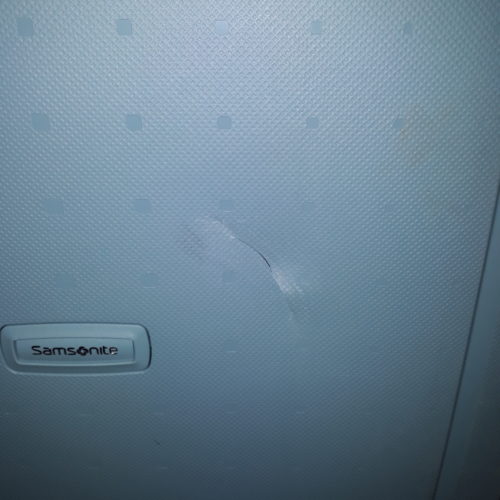 ✅ Verified Review | The flight was scheduled from Leeds Bradford to Guernsey at 14.15 on Monday 13 February and was cancelled once we had checked in baggage. No reason was given but we were bused to Manchester where we boarded an alternative flight at 1915. It was notable that there were no adverse weather conditions and regular travellers on the flight indicate that cancelling the Leeds flight is a regular occurrence in order to fill the Manchester flight - this seems a method of marketing the Manchester flight! Surprise surprise the Leeds Flight was also cancelled on Monday 20 February!
3/10

We flew from Gatwick to Guernsey and no problem with hold baggage or cabin baggage. However, on our return, at Guernsey check in, our cabin baggage didn't fit in their tester 'box' (despite being bought as hand baggage size), so we had to take out the laptop, iPad and sat nav and put into a carrier bag. Other people were checking in with much larger rucksacks and hold-all whose owners weren't even asked to test if theirs fitted the tester box! If our bag was too large, then fair enough, the measurements were on the Aurigny website but where's the consistency and why wasn't it picked up in Gatwick? Not happy when all we can see in departures are massive 'hand baggage'!
10/10

✅ Verified Review | Norwich to Guernsey with Aurigny Air. Online service very good, when I was booking my seats 2 months after booking the flights I noticed I had spelt my wife's name incorrectly, but 1 email to aurigny put that right with no extra charge. The flight to Guernsey from Norwich was on time and landed early, the same when coming back. The flight had 36 people coming back so about 80% full, complementary drinks are served which made a nice change. The flight crew kept us informed through out the flight. I would recommend this airline.
2/10

"return flight was a shambles"

✅ Verified Review | We had booked our flights and prepaid for selected seats in February 2016. We chose to sit on row 19a and c on both flights. Flew out from Manchester to Guernsey on 2nd August 2016, flight had slight delay but nothing too bad. Service onboard was rushed, drinks and duty free served very early into the flight, then cabin crew sat and chatted for the rest of the flight. The return flight was a shambles. Upon arriving at Guernsey airport we were asked if we would like to change our seats, I declined this offer. Upon boarding at the gate I was given different seat numbers from those I had chosen and paid for. I explained to the gate staff that I had chosen my seats prior to the flight and wished to sit on those seats, the gate staff looked at me and told me to sort it out with the crew. Upon boarding the aircraft the stewardess was heard to say that the seats we had been allocated were in the same area of the plane, so could not see a problem. I stated that we required our chosen seats, which other passengers were sitting on. She did ask these passengers to move, which they did. If we had accepted the alternative seats, there was infact passengers sitting on these too. Again the drinks were served very early in the flight, but this time there was an announcement stating there was no hot water so only cold drinks could be served. Quickly after this came the duty free. The cabin crew spent the rest of the flight chatting to a passenger who also worked with the airline, talking very loud so that announcements made by the pilot could not be heard. I have flown on many airlines in the past, both scheduled and chartered. I feel that the price charged is very high, considering it is only a 70 minute duration, and the service offered is extremely poor. What is the point of giving passengers the option to pre-book and pay for seats it their request is not provided? I can now understand why Aurigny Air is receiving such bad press recently.
3/10

"not the sort of service you'd expect"

✅ Verified Review | Left Guernsey on time 7.30am with clear beautiful skies. Midway through flight there was a loud bang, cutting a long story short, we were all told an engine had blown and were going to make an emergency landing at Stansted on the one remaining engine. The stewardess, who was great, talked us through the crash procedure, hands on head and when told to brace lean forward. All very disturbing and scary. We landed safely but not with twists and turns and were greeted by 5 fire vehicles. We were told to collect our luggage and meet at a Menzies counter and a coach would take us on to Norwich. No one came with us, we waited in front of a monitor to see where our luggage was for 40 minutes, luckily another passenger found ours. We then struggled to find the Menzies counter. A lady briefly appeared telling us they were still trying to get a coach. After 40 mins we were told to go to stop 34, which again a few of us failed to find easily. Boarded our coach and arrived in Norwich 4 hours late without anyone greeting the coach when it arrived. We were not even offered a cup of coffee to calm our nerves, one lady said to me it was like they were blaming us - not the sort of service you'd expect after such a traumatic flight
4/10

I booked my flight with Aurigny Air via skyscanner from London to Guernsey, or at least I thought I had until I arrived at check in and was informed that my flight destinations were swapped. When I went to the help desk to change this she told me it would cost £125! (more than my initial flight). After I paid this I wondered how I could be so stupid to book the destinations the wrong way around, to which the lady told me that it happens all the time because Aurigny Air's website always changes the destinations so the outbound flight is from Guernsey (even if you have been linked to Aurigny Air's website from another website like skyscanner with specific flights already selected.) When I arrived at Guernsey and told some locals they agreed that it happens all the time and they have never heard of Aurigny charging customers to change the flights as it is a fault of their website. As for the actual flight it was pleasant and I enjoyed the complimentary drink (even though the journey is only 35 mins!) and newspaper, the staff were friendly and polite and seats were comfortable. Just be warned when using skyscanner to book your flights through this company as they really need to change the way their website works - this seems to be a common and very expensive problem!
9/10

Always fly with Aurigny Air to and from London Gatwick and things always go smoothly. Unfortunately you can't always rely on the weather in Guernsey but Aurigny are very good at helping in these situations, complimentary press and drink onboard for the short flight. Staff on board (cabin crew and officers in the cockpit) very friendly, first officer very friendly telling all the information on flight time, weather, height etc over the tannoy.
1 to 10 of 60 Reviews