✅ Verified Review | I got positive opinion and experience on my trip with Atlasglobal , on a one way flight from Paris CDG to Zaporizhia via Istanbul. Boarding and deboarding was made by bus, but the small amount of passengers made it easy and quick. Onboard, there is no personal InFlight Entertainment, but the crew is professional, serving good meal. Cabin is confortable, and service worth its price.
8/10

✅ Verified Review | Business class from Istanbul Ataturk to Ercan. Check-in staff very friendly and helpful, ticket came with fast track immigration and lounge access in Skyteam lounge. Flight boarded time, however no announcement was made for business class but upon scanning boarding pass, business passengers were asked to board a smaller bus to the plane some 20 minutes later in very cold weather. Flight experience was fine. Cabin crew were attentive and helpful even with their poor English. Seats were comfortable and food as good as the main competitor operator.
7/10

✅ Verified Review | Istanbul to Bodrum with Atlasglobal. It was a good experience with them as a domestic flight. Very clean and comfortable seats. Cabin crew was cooperative but cannot speak much English. Overall, it was worth flying with them domestically. Only issue is that they are always half an hour late to depart and no support staff to attend you for any assistance.
1/10

✅ Verified Review | AtlasGlobal prides itself saying: Hayallerin üstünde bir dünya sizi bekliyor! (Turkish) which in English translates to 'A world of your dreams is waiting for you!' However on January 6th 2017 we had nothing less of a nightmare experience. I and my wife were supposed to fly from Istanbul to Kuwait. The flight was cancelled owing to heavy snowfall on the evening-night of January 6th. This is something which is unforeseen by AtlasGlobal as well as us (passengers). However the way they dealt with the situation was horrendous and insensitive to say the least. The airport staff asked us to call Customer Service for assistance. We are international passengers and didn’t have local Turkey SIM and mobile number. We were handed a printout of original ticket and told us to expect next day same flight. No hotel accommodation was provided. We pleaded with AtlasGlobal counter staff to no avail. After coming back to Kuwait, I went through the Passenger Rights section on the website and now feel all the more deceived. This was the worst airline experience for us and we will not forget or forgive AtlasGlobal for this. This airline doesn't have slightest iota of customer friendliness.
1/10

"describe it as a poisoned chalice"

✅ Verified Review | I can only describe it as a poisoned chalice. When you pay a low fare and in return they offer you decent luggage allowance and nice food on board, you think you made the best deal. We booked tickets from Stockholm to Tehran and back with this airline and had the worst experience ever. On the way to Iran the flight was delayed from Istanbul for at least an hour. On the way back our flight got canceled because of the bad weather in Istanbul. The representative of Atlasglobal in Tehran had absolutely no idea how to deal with the situation. After 3 hours they announced that we can take the next flight on the following day. They didn’t provide another ticket that can take us to our destination via a connection that is not in a critical situation as they called it. They didn’t even provide a ticket for the next day, they just sent us home. The following day, we only got tickets from Tehran to Istanbul and they said that the next flight is full. In Istanbul they didn’t accept us for the flight to Stockholm because we didn’t have a boarding pass! At the end the flight left with empty seats on it. We spent the next two days mainly at the airport, waking up early in the morning to be able to get a seat on a flight which was going to be cancelled at the end. During this time the only thing that they provided for us was the hotel, no lunch, no dinner. The staff simply didn’t know how to deal with the situation, nobody wanted to take any responsibilities, it was easier for them to lie (!!) than to find a solution. We made it home after 4 days without our luggage.
1/10

✅ Verified Review | I'm not gonna travel by Atlasglobal any longer. At first, flight from Ercan to Antalya was delayed for an unknown reason and we sat at the airport for 5 hours (when the flight takes 40min). On the return flight, from Antalya to Ercan we've been sitting in plane extra hour, because of "parking issues". Atlasglobal doesn't think about my time, I'm not gonna think about Altlasglobal anymore.
1/10

"this is the worst airline"

✅ Verified Review | This is the worst airline. I had flown them on 16 December from Stansted to Kuwait via Istanbul. Flight delayed by 8 hours, no food or drinks provided and then moved us to different airport to Kuwait. Today was supposed to fly back to London and as I turn up in Kuwait Airport no one there and then told by another staff the flight was cancelled for next 2 days. The airlines never contacted us when we tried to contact the staff they were like we cannot help or do anything. Here in Kuwait I am stuck with 2 children. I would say never fly them as they do not care for their customers. Hoping will board flight on 2 Jan and so will reach late by 2 days.
8/10

"onboard meal was delicious"

✅ Verified Review | Istanbul to Amsterdam return with Atlasglobal. No delays and we landed twenty minutes ahead of schedule in Amsterdam. The crew was friendly and helpful. The flight was smooth and in economy class the onboard meal was delicious. A couple of days later, on my flight back to Istanbul I was pleasantly surprised to get the same high quality service. 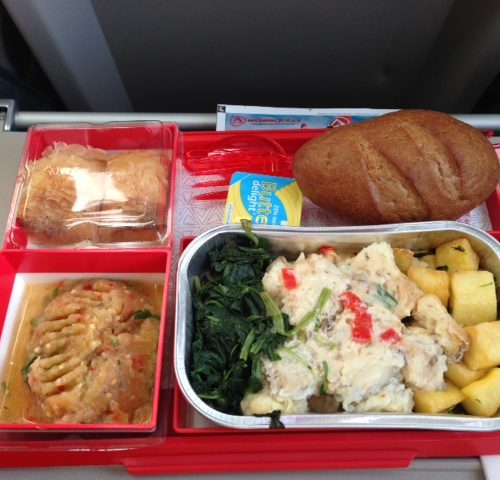 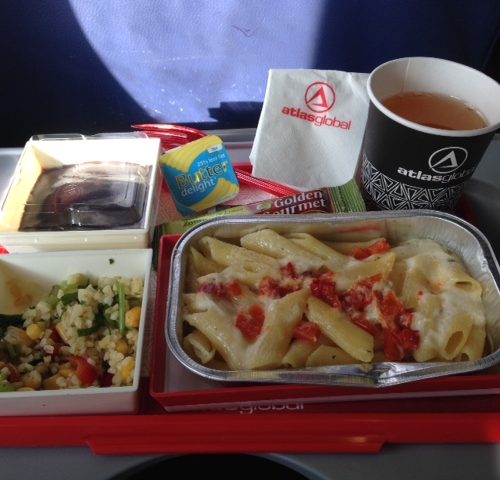 "there was no offer of help"

✅ Verified Review | A tale of two halves. We booked a return flight from Ercan in North Cyprus to Antalya in Turkey. The first flight was very good. We departed on time and the staff on board were fantastic. My son got a bag of Haribo and a milkshake before departure and during the flight, whilst we were served a warm cheese roll and a soft drink. The flight only lasted 40 minutes but the cabin crew managed to get through very fast. Baggage collection at the other end was very fast and we were on our way to the hotel around 15 minutes after landing. Sadly the second half was a horror story. We had booked a direct flight back to Ercan leaving at 1400 but were informed 2 weeks before departure that this had now been cancelled with no explanation why and the only other option was to go via Istanbul. The new flight didn’t leave until 1815 and wouldn’t get us back in to Ercan until after 2300. The transfer between flights at the airport was nothing short of horrendous. We only had around an hour to get our connecting flight and the queues at passport control were huge. We approached an AtlasGlobal member of staff and asked if we would make the connecting flight and her answer was a shrug of the shoulders and ‘who knows’. There was no offer of help getting through or any sort of concern for our situation, one that we were forced into by their cancellation. We made it to the gate just as boarding was closing after spending over an hour in the passport control queue. Again on both legs of the trip the staff were very good, although a little less friendly but this was probably down to the high number of passengers. All legs were flown on Airbus A321 equipment which were comfortable and in good condition. To summarise, I would use them again but only if flights were direct. They really need to work on their connections in Istanbul and quality of their ground staff.
1/10

Doha to London via Istanbul. I have not taken this flight yet. I booked December flights and had the return flight changed 3 times. Then they changed the outward leg to one day earlier and to a different airport! I accepted the first changes, though inconvenient, but as the outward has changed to a day when I am still working it was impossible. To cap it all I know that refunds take up to 12 weeks to process! What an absolute joke. Lesson learned. Leave this airline well alone if you have any sense or actual plans for that matter.
21 to 30 of 75 Reviews