"the flight was quite nice"

✅ Trip Verified | Bengaluru to Mumbai on Air Asia India was taken this early morning and the check in process was smooth enough at Bangalore where after getting the boarding passes printed out at the kiosks. As my check in baggage weight exceeded the 15kg free allowance as I had extra luggage packed, I was made to pay around 375 Rs for every extra kg and the staff there were generous enough to waive off 1 kg extra in exchange for a South Indian breakfast on the flight which was reasonable enough. The boarding started on time and there was some nice funky boarding music being played and the seats were comfortable enough although on longer duration trips, it could be uncomfortable. The flight departed on time and even though the flight was full, the crew were very nice and after takeoff I even got the South Indian breakfast which consisted of an idli, medu vada with sambhaar and upma. The meal was decent enough although if one has to purchase this directly in-flight, it was quite pricey at around 350 INR and maybe the quantity does not justify the price. But then again, low cost carriers aren't exactly known for being generous when it comes to inflight food and beverages. Landing was on time and retrieval of the baggage was also swift. I would say that the flight was quite nice and even though low cost carriers try to maximize revenue through ancillary services (meals / excess baggage) they provide the best functional experience when it comes to taking you from point A to point B. And Air Asia does that pretty well. I cannot think of any area which was lacking on this flight. Keep it up.
5/10

"Need to learn a lot"

✅ Trip Verified | Delhi to Chennai. Not on time departure. Senior crew member doesnt know how to respect the passenger. Went on to an argument with the crew for money exchange. I was not handled properly. Didnt get a message either for the delay I had to rush and come later found the flight was delayed. Staffs in Airport were awesome. Corporate meal info was not mentioned on the ticket. Need to learn a lot from Indigo.
3/10

"Made me pay more for luggage"

✅ Trip Verified | Chandigarh to Delhi. Worst experience ever. Made me pay more for luggage than I did for the flight. Also flight was late and nobody from the staff was at the gate to answer any questions. Not traveling from this ever again.
1/10

✅ Trip Verified | Delhi to Ranchi . Worst service, it got delayed for 2 hours initially then for 1 hour and after that they stopped informing about how much more delay will be. It was super frustrating for everyone, we pay money for comfort and service and it is worst in all cases and also asking for another ticket or refund they did not answer to that and made it even worse for us. 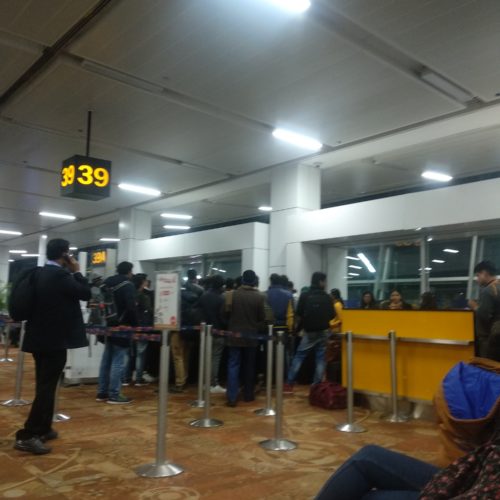 ✅ Trip Verified | Bengaluru to Mumbai. I booked AirAsia India flight for 18th Dec 2019. I wanted to reschedule it. When I called airline to ask for cancellation first they told they can not reschedule it. They are taking 2000 rs penalty charge for rescheduling. This is an unreasonable demand.
1/10

✅ Trip Verified | Was supposed to fly from Bangalore to Kochi on 12th November 2019. As per the timing on the ticket which I booked in May was 9.35 AM. I reached the airport early at 6 AM. I proceeded to check in counter, and was shocked to find out that the the flight took of at around 5.20 AM. But in the ticket the time clearly shows 9.35 AM. If you had rescheduled the flight it's your (AirAsia) responsibility to inform the passenger or issue a ticket with the right Timing. Before booking I checked the timings with 2 travel agencies and on make my trip and all mentioned a flight at 9.35AM I never got a message not a phone call about any change in time.
4/10

"want the refund of prebooked meal"

✅ Trip Verified | Pune to Bangalore. I had ordered a meal (non-veg) by prebooking it. However I was not served the meal which I had ordered. I want the refund of the prebooked meal. I am disappointed with the service that the airline provided.
1/10

✅ Trip Verified | Mumbai to Bengaluru. The staff at check in told me about the extra hand luggage, but did not inform me about the exact cost that could be charged during boarding. For check in, they charged me even for 1kg extra. Zero tolerance. At the time of boarding they demanded Rs 4000 for 2kgs extra hand luggage. They said that they would not let me take the flight without paying 4k. Untrained and manner ess staff.
1/10

✅ Trip Verified | Ranchi to New Delhi. Extremely poor services. Flight delayed with no information. No staff ready to talk at the airport and behaving as a layman. Extremely poor. Feared of missing my next flight from Delhi as it would put me in a heavy economic and social loss.
1/10

✅ Trip Verified | Jaipur to Kuala Lumpur. Very frustrating experience. Really felt humiliated by the behavior of staff. First he told me to arrange luggage according to the pnr. We had 2 bookings. And there was total check in baggage allowance of 120 kg. But 2 of our members were not present so total 80kg baggage allowance was allowed. Thats okay I can understand this. Then next the guy told us to make 20kg according to the pnrs. He was not ready to consider both bookings simultaneously. . One of our group member doesn't have last name so booking was like First name and staff there was not ready to allow us to board. One of their staff was talking in a very rude way. Then we moved to airline's next boarding pass check station. The guy there also stopped us and kept us waiting for 5 mins for the same issue (first name and last name). He told us to wait so that he can confirm at the check-in desk.
11 to 20 of 73 Reviews