"seat spacing is so small"

✅ Trip Verified | Ottawa to Cayo Coco. This is my first review I have done for an airline. The seat spacing (seat pitch 32 inches) on this Boeing 737-800 is so small I can barely move. I would never take a trip with this airline. 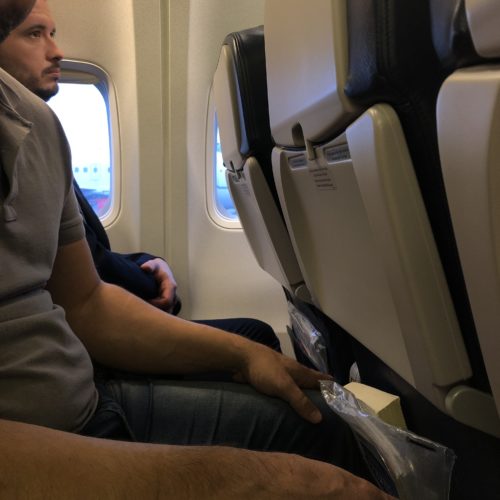 "The staff were excellent"

Not Verified | Toronto to Rome. I found Air Transat to be a great airline. The airplane was nice with purple lighting after everyone settled down. The seat space was comfortable. The staff were excellent. I required extra help and they were efficient, kind and discreet. Keep up the great work. I will fly Air Transat again.
10/10

"crew were so genuine"

✅ Trip Verified | Gatwick to Toronto. Was served a meal with drinks and then half hour again drinks from the cart then another hour after that Hot snacks with bar drinks and finally sweets before landing. The crew were so genuine and smiled. They were so tolerant with this kid who was always in their way.
1/10

"I paid for one carry on"

✅ Trip Verified | Gatwick to Toronto. I paid for a ticket for one carry on, and the site says a carry on up to 10kg is free. My carry on was less than 10kg, but staff asked to put my other item on the scale to put it over. They said one of the items needs to be discarded or I have to pay £50.
9/10

✅ Trip Verified | I flew from Gatwick to Toronto return on Air Transat's new A321neoLR aircraft. Given the price I paid (under £400 return) my expectations were modest - to get there on time, in a clean aircraft and with friendy staff. Air Transat met and exceeded all that. The plane was brand new, in fact the cabin attendants told me that the plane had only been in service on that route for a few weeks. There was a small meal with free drinks provided in both directions with a small snack on arrival - better than on WestJet economy for the same route. The IFE system is not as extensive as say, Emirates, but there is enough to keep you occupied. You do need to bring your own earphones, or else Air Transat will sell you some, ditto a blanket. On the way over I paid extra for an emergency exit row, while on the way back I had a standard seat. However even this was perfectly fine and the seat pitch is probably slightly better than what you'll find on BA. The one thing that may not be to everyone's tastes is flying a single aisle aircraft over the Atlantic. This is something that's becoming more common, and though the plane didn't feel cramped as such, it did make for congestion in the aisle when passengers were waiting for the WC and the crew were pushing a trolley down it. However all in all, would recommend Air Transat and would fly them again on the same route. 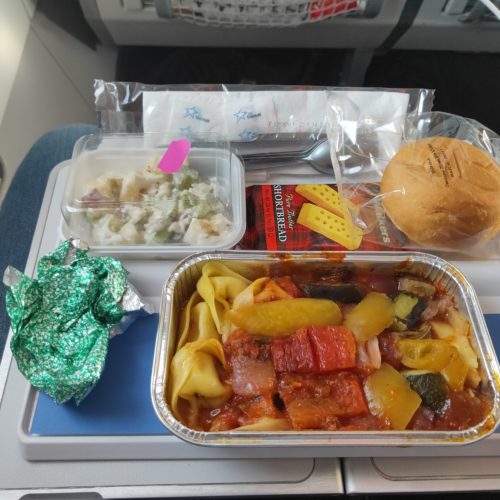 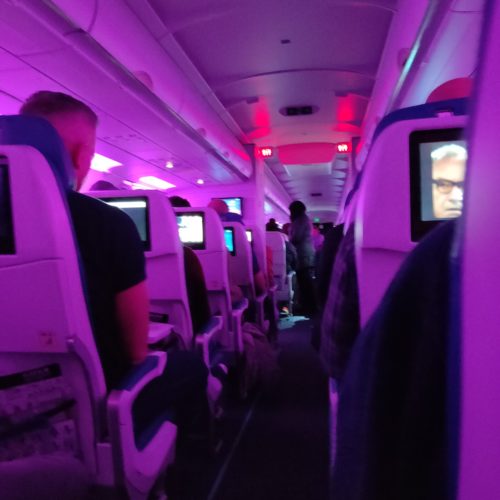 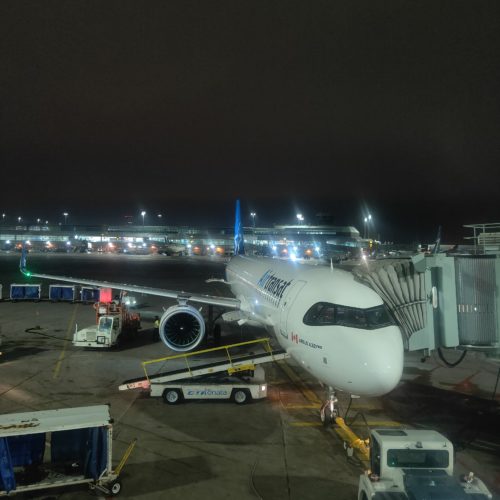 "transferred to flight one day earlier"

Not Verified | I have not even flown with this airline yet and my impressions are not to be desired. Booked my flights in August, got an email in the September to say there was a sale on and thought I’d see the price of my fare now. Quite surprisingly, my dates were no longer shown as a scheduled flight. I contact AT by messenger and was reassured that my flight was still honoured and no changes had been made. I wrote to them again a week later and got a response advising me that both my flights had been cancelled. I had to wait another week to reschedule my whole trip, as after an hour on the phone to customer services, I was told the options hadn’t been loaded for the cancelled pax yet. A week later, and at a cost of £250 extra for my hotel and other flight changes, I was transferred on to a flight one day earlier both outbound and inbound. AT advised that they wouldn’t be providing compensation for this change as they didn’t deem it appropriate. I now can’t login to my reservation and have been told that I can make a seat selection in the next 4 or 5 months, yet I was able to select a seat on my original flight, a day later, as soon as it was booked? Overall, messages from this company are confusing, they don’t sing off the same hymn sheet, and before I’ve even flown with them, I will never choose them again.
1/10

✅ Trip Verified | Glasgow to Toronto on economy budget ticket. Traveling with my wife and only have two under weight carry-ons, nothing else. This airline has a metal cage they have you put your luggage in and it is too small to fit standard carry on. So oh well they said it’s too big you must buy two 23kg check luggage or basically you don’t fly today. The dimensions match what is on their site. So what does it cost to just put your carry on below instead of overhead bins where they will fit? It costs $85 dollars a bag just to put below. When I arrived in Toronto on the 18th I went straight to Air Transat check in to resolve problem but supervisors could not help but were surprised I was charged to check in at Scotland as the two bags fit under their cardboard box they use. As for the flight not cheap $500 one way have flown much cheaper to Europe on Air France. The flight attendants were not friendly to me except for one man who was good at his job and made the clearest announcements . Food is a joke more like TV dinner for kids, they charge for a blanket. 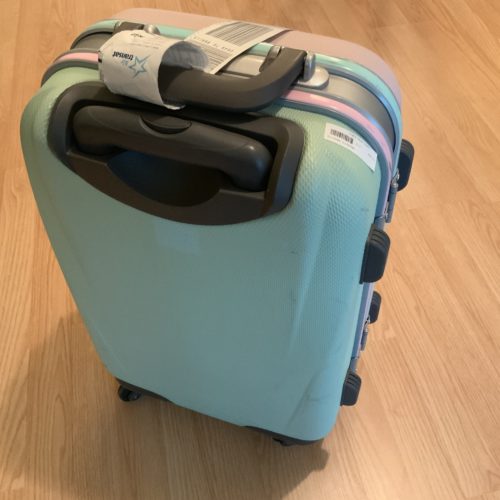 Not Verified | Amsterdam to Toronto. My suggestion is they install a boarding pass machine at Schiphol for those who do not have baggage to check in Waited in line 1/2 hour to get my boarding pass from staff as opposed to from a“machine. So did a lot of other people. For most other airlines at Schiphol you use a machine.
21 to 30 of 644 Reviews