"cut out the refreshments"

Not Verified | The flight from Gisborne to Auckland takes just under an hour. During this time passengers are required to wear face marks. Also during this time a drink of water, a cup of tea or coffee, a biscuit and a lolly are offered, all of which require removal of face masks, which pretty much means that people taking advantage of the refreshments spend almost all of the flight unmasked. I for one am quite happy to go without refreshments for an hour and wear a face mask for the entire flight in the interests of my health, which I did. For goodness sake have some common sense and cut out the refreshments on these short flights.
1/10

"The least people can remember is to bring headphones"

Not Verified | Air New Zealand offers screens for each seat but no headphones, I asked but got told by a air crew that should bring our own. The least people can remember is to bring headphones while going on holidays. Every one (kids) are watching videos with no sound. 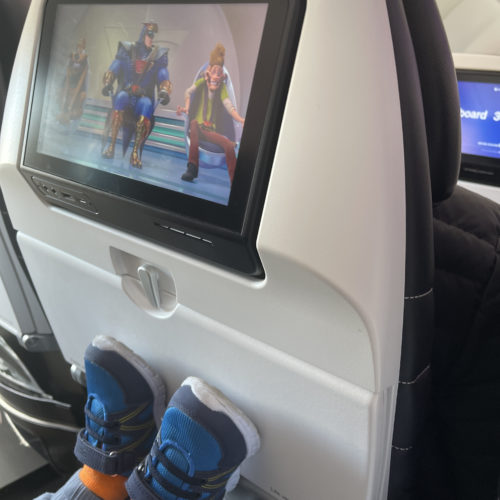 "No refund but instead a credit note"

✅ Trip Verified | Was told one day before flying that my flight was cancelled due to being overbooked with social distancing which left me completely stranded. No refund but instead a credit note which I had to chase them to the end of the earth to eventually get.
1/10

✅ Trip Verified | Unfortunately I left my phone wallet behind. So I went to the Air New Zealand deck for help to receive my booking number while she received my problem straight away. She proceeded to continue to chat with the host beside her. After min she said there was nothing we can do I ask can i use a phone or use a computer to access my email. She said no. She didn't even advise me of a telephone booth. And plainly said there is nothing I can do to access my booking number. So I walked off sat down for 5 minutes the decided to walk down to the eatery while my brother returned my wallet. As I did this I noticed two pay phones on the wall I walked down to the eatery to change a note in my pocket. Went back and rang my partner to receive my booking number. Then went to book in to find gate was closed by 6 minutes. So I asked an Air New Zealand assistant to see if I could still get on my flight. But they were more interested in selling me another ticket than helping me. Customer service was extremely poor.
1/10

"Air NZ does NOT enforce masks!"

✅ Trip Verified | Air NZ does NOT enforce masks! We flew air NZ form LAX to AKL. My wife had a window seat. There was food residue smeared below the window and on her seatbelt when we sat down. We cleaned this up with antiseptic wipes. The major issue was the family in row 52 who did not wear masks for the whole 12 hour flight and when questioned, staff said they can't force anyone to wear them! We has just flown Air Canada from YVR to LAX and it was compulsory or face a fine. We also flew to quarantine from AKL to CHCH and they were compulsory. But we had to endure 12 hours of 4 people with no masks, the closest 2 ft away. Disgraceful in this time and a mockery of all the efforts and suffering people have endured during this pandemic. We are now in a 14 day quarantine. What do you all think, refund of the ticket for putting customers at risk, not addressing a complaint? I have flown Air NZ for 30 years and at the most critical time in modern aviation history and public health and safety, fell flat and didn't care. Disgusted!
4/10

✅ Trip Verified | On return to Brisbane from NZ in October I had a small bag which I have taken many times as hand held luggage, however I was advised I could not take this on and would have to pay for extra baggage. $170 for 10kg. Yet there was 3 people entitled to 7kg each and we only had this 1 bag. Get on the plane and there is a lot of overhead compartment room and guess what there were other people with the same bag. Then what makes me more annoyed was that I go on a quarantine page and a lady tells us how wonderful Air NZ is because they let her take on 2 extra bags at 25kg each free. Oh the double standards.
1/10

✅ Trip Verified | The worst airline booking system ever. I booked a return flight ticket to Wellington for myself and my wife for a short trip over the holiday. We had Airpoints enough to cover the cost of the tickets and we redeemed all the airpoints via their online booking website. We booked a flight and confirmed the departure was at 12:15 PM from Auckland airport. No single email notification was received or any update from Air New Zealand whatsoever. Later close to our departure, we thought it would be good to check our flight schedule, but my wife's flight details were changed to different time without any notification nor any update. We tried rescheduling our flight schedule so we could travel together, but the guy who answered a phone after a long time waiting told us off and saying it was all our fault not calling them when we didnt receive any emails from Air New Zealand. I didnt know it was a passenger's responsibility to track their emailing lists. We ended up paying for extra $$ to reschedule our flight, but we realised, it would have been cheaper if we cancelled the flight rather than rescheduling. They also charged us some payment fees for using Airpoints which was not written anywhere in the terms. This is by far the worst experience we have ever had from airline companies all around the world and we will do our best to avoid using Air New Zealand from now on for the rest of our lives. Oh we will also get all our family members not to use Air New Zealand at all. Terrible, disgraceful and zero trustworthy airline company in conclusion.
1/10

"They sell tickets to cancel them shortly after"

Not Verified | We bought 2 tickets Sydney-Papeete and they cancelled it 10 days later supposedly because of COVID when the situation has not changed since (no mandatory quarantine in Papeete and no change on restrictions at the NZ border). And they don't even offer us a refund because “it's not they fault”. They sell tickets to cancel them shortly after and thus accumulate credit knowing that some customers will not be able to use or sell it. I absolutely do not recommend Air New Zealand
1/10

✅ Trip Verified | The absolute worst customer service given the current climate. I had a connected flight booked to Sydney and received an email changing the time only one week after booking. Ten days after this, a week before I was due to fly, I received a second email confirming the time changes from the first, however Air New Zealand had also discreetly changed the date to 3 weeks later, while maintaining the exact same time. I noticed the change two days prior to flying and called the airline in a panic. After being kept on hold, I spoke to a robot like woman who did not once apologise for a) their emails being incorrect b) the fact they had changed the flight dates at all. She provided no solutions, and no reimbursements. There was no way for my to get to Sydney, so in the end I had to pay £800 extra to book a Singapore Airlines operated by Air NZ flight home direct from Auckland. I missed my flight from Sydney to London, the cost of which I have to refrain myself from thinking about as it makes my heart race every time. The customer service was unhelpful - tried to put me on hold, push me to speak to another team, got the dates for the day I wanted to fly which then meant an increase of prices, and incorrectly hold me the price I had eventually forked out also included an extra bag. At the airport that 24kg extra bag was going to cost me $500 on account of Air NZ having a ridiculous fee of $250 per 23kg. If you exceed this there is no oversized fee, but you have to pay for an additional bag. In the end, as I was flying through Singapore Airlines operated by Air NZ the very kind gentleman at the counter (who was on the phone to Air NZ getting rates) took pity on me and wavered the fee. He apologised for Air NZ, and said in times like this when we're all just desperate to get home we need to be kind. That's the attitude I would expect of New Zealand national airline. I will never fly Air NZ ever again. The service I received was worse than budget airlines such as Easy Jet and Ryanair who I always expect to be trying to take my money at every turn. I would not have expected this of Air NZ who leave me £1000 poorer than I was 10 days ago for no reason at all. The flight via Singapore Airlines was exceptional and I will be leaving them a wonderful review!
1/10

✅ Trip Verified | I have a complaint about the service of this company. We bought a flight for today. The flight is from Auckland to Houston. The problem is that they just allowed one 23kg bag per person, so, my partner and me decided to pay an extra bag. This one supposed to be cheaper if we would have payed online, but as the flight has a connection from LA to Houston with United Airlines, we couldn’t do it online. When we called, the customer service attendant told us that the extra bag is going to be 250NZD plus 160NZD of the heavy charge. We didn’t thought that this total payment will be 500NZD in total. They charged 250NZD because of the extra bag and 250NZD because the latter was 32kg. If we had known this, we would have pay 2 extra bag of 250NZD. If you do the maths, they are charging for 46kg and we are carrying on just 32kg. This is how air companies still the money from customers, even in this hard situation that the world is going through. Not even our belongings in that bag have this value, but they are really important for us, so we couldn’t leave it behind. A last thing to add, the front desk attendant was the worst ever. He didn’t even let us explain him the situation, interrupted all the time. Apparently he didn’t speak English, and he laughed in our face all the time.
11 to 20 of 707 Reviews