"crew turning a blind eye is just as disgusting"

✅ Trip Verified | Disturbing flight. Currently our government has in place legislation that requires anyone travelling on public transport including planes to wear a face mask, for the first half of the 1.5 hour flight the gentleman next to me positioned his mask over his chin, during the 2nd half of the flight his 3 family members also removed their masks. But what came next was disturbing the 4 family members spent the rest of the flight picking their noses eating their snot and wiping snot over the screens and chairs. The staff were standing next to the family in a regular basis. I raised what happened and was advised cabin crew saw nothing however they were not interested in cleaning the plane before the next passengers boarded. The crew ask one European person in front of me and two European people next to my wife to wear their masks but did nothing around compliance with non European people. I can tell you right now having someone next to you wiping their snot over the craft next to where I was sitting is very sickening Air New Zealand crew turning a blind eye is just as disgusting. 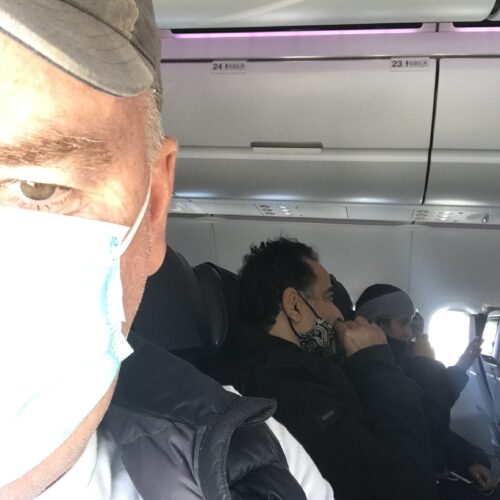 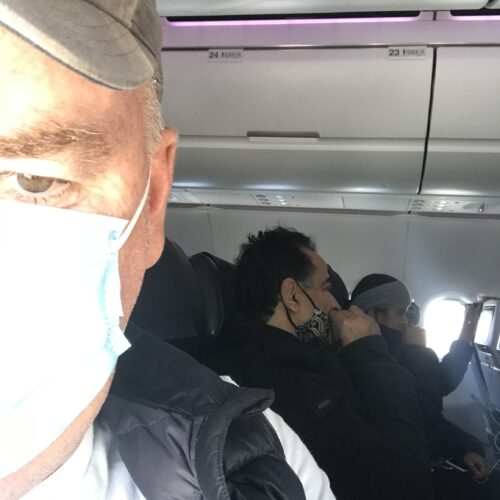 "I want to know why this happened"

✅ Trip Verified | I paid the works for my daughter when I booked her flight from Apia to Auckland, she wasn't given any food at all during her flight, now I want to know why this happened and why should / why did I pay extra for a service that wasn't even provided.
10/10

"The staff were so friendly"

✅ Trip Verified | Hobart to Auckland NZ198, inaugural flight 22 April 2021. Brand new aircraft with superb Cabin Crew, just like the flights on former TE from many years ago. Crew probably very happy to be working again, but this is how passengers expect a flight to be, even with lower fares. Aircraft was slightly less than half full, thus plenty of space for the 3 hour plus flight. The staff were so friendly and being an inaugural flight, sparkling wine was flowing freely. Comfortable seats with great video screens which were simple to use. I particularly liked the screen based ordering for drinks and food: Very professional and easy. (The return flight was a little different!). Flight only a few minutes late on arrival, no problem there. Return flight NZ197, 29 April 2021. Older A320, but also with same video screen. Crew were a little less friendly, but very pleasant nonetheless. I ordered and paid for a drink by card (brilliant!). Later an announcement was made that the service was soon closing. I ordered another drink and paid, but this time, it was not delivered to me. I'm not sure if another passenger received a free drink, or whether the aircraft system failed between the time of my order and the service closing. I have pursued this with the airline, and I am waiting on a response from them. Sadly, the return flight was almost empty. There were approximately 30 to 35 passengers on the flight, in an aircraft which seats about 180 passengers. The amount of space was enjoyable, but this does not bode well for a permanent flight on this sector. An Airline needs to make a profit, and I am hoping that passenger numbers will increase. People in New Zealand suggested that it was a little early for this flight to start due to the Corona Virus. Perhaps. I love to fly and I felt perfectly safe. Maybe I was lucky and avoided any health problems, but the precautions were strict and effective in my opinion. I will use this flight again. It is faster and cheaper than travelling via Sydney or Melbourne. I wish Air New Zealand the very best for this new service. It deserves to succeed. 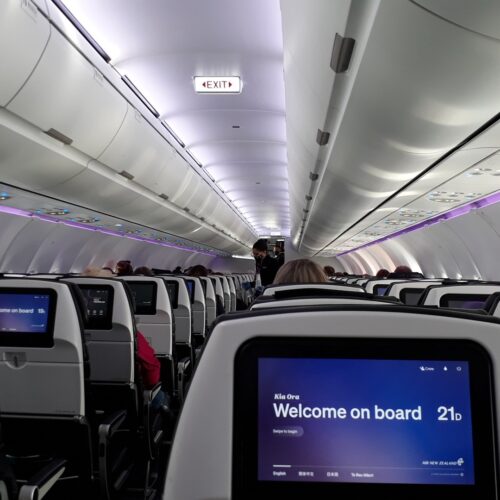 ✅ Trip Verified | Air New Zealand relishes ripping off it's customers and airpoints members: to add an extra bag of 7kg was quoted at $170 extra. The price of the main ticket was only $229.00, but an extra 7kg bag was $170, which is blatant extortion. Customs and border staff bent over backwards, suggesting solutions when items were about to be confiscated and suggested going back to check-in to get the bag added as check-in luggage. It is really disappointing that Air New Zealand sees such situations as an opportunity to engage in immoral and unethical behaviour. No options to upgrade to the works (adding an extra bag) were allowed, and no other options were available. This is very disappointing conduct from Air New Zealand and reflects poorly on the country's carrier. I am ashamed to be a Kiwi today.
10/10

"the most amazing service"

✅ Trip Verified | I received a call from Blair in the Blenheim office at 7:30pm informing me that my flight at 7:00 am the next morning was canceled., there were no alternatives to travel out of Blenheim and make my appointment in Wellington the next morning. Blair assisted with getting me a flight out of Nelson and still make my important meeting. He arranged transport to Blenheim and very professionally taken away all the stress that comes with a cancellation. This is by far the most amazing service I have ever had with any airline ever!
1/10

"shifted my wife and I to a Qantas flight"

✅ Trip Verified | Air NZ flight cancelled because of Covid in Auckland so they shifted my wife and I to a Qantas flight. No problem with that except we both paid Air NZ $240 for 3 seats configuration, Meals, extra luggage, priority boarding. None of this was received from Qantas. Despite numerous emails with Air NZ they have refused to refund the money for the services we never received, which is illegal. But they don't care. About time Governments stood up for citizens' consumer rights.
2/10

"burning your reputation for a few quick bucks"

✅ Trip Verified | So I booked the wrong flight month on Expedia for some reason, miss-click, tired, whatever the reason. Turn up early thankfully, check in can't find you booking, your flights next month, you need to ring Air NZ office, on phone for 15 mins they then go - sorry you booked though Expedia, they need to change the booking. Expedia app wont let me cancel or change flight so I had to pay for new flight. Air NZ makes me pay an extra $5 to choose a seat, all other seats grayed out, well in a rush now so ok, get on plane, planes only 1/3 full, nickle and diming their customers. Flight ok, masks, no food, 1 hour flight so that's ok. Expedia after not cancelling original flight for over a week of requesting that they do so, now tell me on the phone after I ring, Air NZ policy is that you get a credit to be used within 6 months and needs to be for the same person etc. Really burning your reputation for a few quick bucks.
2/10

"I will not fly with Air New Zealand again"

✅ Trip Verified | I was never prompted to check in online for my flight to Dunedin as is normally the case, which meant that when I arrived at the airport I was flatly told I could not board despite having paid for a ticket. No rationale was provided, nor was any sympathy given. I was helpfully told that if I hurried over to customer services, they’d kindly change my flight to the next one in two hours for the low price of $100. I accept responsibility for forgetting to press a button on my phone that would have made everything different, but the fact is there is no practical or ethical reason to deny boarding to somebody because they didn’t check in. I had no checked baggage, there was a seat on that plane that I had paid for, but Air New Zealand sees every failure of their own system as an opportunity to milk more money out of their passengers. I will not fly with Air New Zealand again. One might as well fly with JetStar if budget airline service is what Air NZ gives.
1/10

"accept that its my fault that I was late"

Not Verified | Flight time was 1.25pm at Invercargill airport was reached at 12.58 on check-in kiosk. Kiosk given me ticket check-in closed take to counter. Being to counter and attendant said sorry you need to on next flight which is going through Wellington to Auckland i asked him was just 3 mins late and boarding is not even started. He said sorry cant help. He issued new boarding pass and said i am helping you by not charging you anything. But doesn't even count that i have to take flight via another airport and reach 4 hours later to Auckland. Even explained him situation as well what was happened but no help provided. Was sitting at airport for my next flight NZ8774 boarding time is 13.40pm until 13.53pm boarding gate not even opened. How fair is it that airline can be late for even 13 mins but customer cant be late for 3 mins when boarding is not even started. Shame that we don't have any options to fly without Air New Zealand in New Zealand to some areas where i normally travel. I accept that its my fault that I was late but if boarding not even started why they cant help?
5/10

"cut out the refreshments"

Not Verified | The flight from Gisborne to Auckland takes just under an hour. During this time passengers are required to wear face marks. Also during this time a drink of water, a cup of tea or coffee, a biscuit and a lolly are offered, all of which require removal of face masks, which pretty much means that people taking advantage of the refreshments spend almost all of the flight unmasked. I for one am quite happy to go without refreshments for an hour and wear a face mask for the entire flight in the interests of my health, which I did. For goodness sake have some common sense and cut out the refreshments on these short flights.
1 to 10 of 706 Reviews