"not common sense to be offering snacks on disembarkation"

Not Verified | It is not common sense to be offering snacks on disembarkation - absolutely ridiculous. Space issues, people with needs such as parents with babies, toddlers etc.. passengers needing to connect with other flights. Either offer the in flight service or don't - simple.
1/10

"they are exploiting customers"

Not Verified | I live in Tauranga and travelled to Hamilton to place my two teenage daughters on flights to Wellington. The flight was at 7am with check in 30 minutes prior. The instruction email stated I must be there 30 minutes prior, meaning I should be checking in by 6:30am. A series of events meant I got to the counter at 6:34am, the young male pointed out I was 4 minutes late and went to his manager to let her know. He came back and told me I was too late for this flight and advised I would need to catch another flight and pay extra. When I had arrived at check in there were at least 4 staff prancing around with only 1 open kiosk. When I had words with the manager all 4 staff were suddenly available to offer their opinions on my situation. The manager was rude and spoke down to me. I had no choice but to pay extra for the next flight at 10:15am. Air New Zealand have their customers over a barrel, they are suppose to be our national airline, they are bleeding money so they are exploiting customers. The later flight was delayed and didn’t leave until 10:55am.
1/10

Not Verified |  We saw the baggage handlers being very rough with the bags. Then ours came out and it was broken. I took it to the Air NZ desk at Auckland domestic arrivals and the guy wasn't even wearing a mask. He told me "I work alone in this office so why should I wear a mask? I don't have covid." Then he told me: 1. My bag was cheap, that's why it broke. 2. It was too heavy. At 25kg. 3. I overpacked it. 4. Air nz would only pay 60% of the original value of the bag. I emailed them and 2 days later still no response. Pretty appalling behaviour from Air NZ. 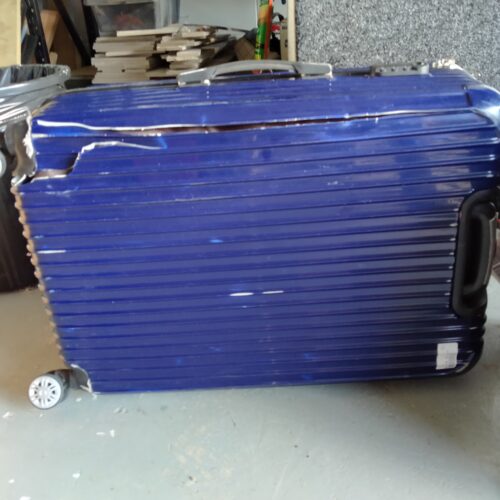 "I don't think I would fly with them again"

Not Verified | Air NZ I think I would say are one of the worst I have ever flown with. Customer service to book flights and giving the right information is very poor. Kept calling them everyday for flights back to any state in Australia and they would say there aren't any flights, but with family friends I know they have booked flights back to Australia and when I asked they said not possible, I even send them information that has been stated from the Australian government and they had no knowledge about it. They lie too much in the customer service department, I flew with them because some had said they are world class but for me that's nowhere close to being a world class airline. I don't think I would fly with them again.
1/10

"What a bunch of scammers!"

✅ Trip Verified | My November flights were canceled and instead of providing a full refund or offering to replace the tickets for other dates, they just credited the amount online - it means that I can use the money within 12 month since cancelation (27 Oct 2021) and guess what - new tickets 5 month in advance for the same time of the day are more expensive now. What a bunch of scammers!
1/10

✅ Trip Verified | This review relates to the booking system, Today 20th Sept I tried to book a red zone flight to Australia, while I was entering my passenger details the seat was bought by someone else. Then there were no more seats to any red zone destination, on any date. Less than a minute and they were sold out. Because I was not fast enough, someone else bought my seat from under me. This booking system is patently unfair. I will only fly with Air NZ because I have to.
1/10

"Be very wary of this airline"

Not Verified | The absolute worst customer service I have ever experienced and sneaky tactics with Australians. We booked our flights under a full refund policy they had for Trans Tasman Bubble flights, all flights were under a policy of full refunds for flights before 31st Dec 2021. They then changed the policy when the NZ border closed (yet again) and claimed they never had any knowledge of it. Spoke to a “customer service” representative who basically told me “oh no what a shame. No refunds”. Be very wary of this airline. They clearly have a monopoly in NZ and have been known for their sneaky tactics with customers. Consumer NZ is also investigating these issues. In an uncertain travel climate like this with Covid, avoid these people at all costs.
3/10

"Air New Zealand seem to be exploiting their customers"

Not Verified | Air New Zealand need to step their game up hugely. First of all, the price of the tickets were extremely high ($500+ one way), and for the inflight service you receive on these flights which is a water, tea or coffee and a biscuit and some lollies, is just way too much. The staff at Dunedin airport do not seem like they want to be there and did not make me feel welcome at all. If only New Zealand had another airline flying domestically and regionally as much as Air New Zealand does! Air New Zealand seem to be exploiting their customers as they are the only airline flying regionally in New Zealand with the exception of Jetstar flying on main routes within New Zealand. Overall unhappy with Air New Zealand.
1/10

"confirmed by Air NZ that they would honor the luggage requirements"

✅ Trip Verified | A quick back story, my wife and myself were moving to Spain, we had previously contacted both Airlines (Qatar and Air NZ) and had been confirmed by Air NZ that they would honor the luggage requirements set out by Qatar Airways. Our flight was 1298 on Thursday 26th of August departing at 14.00 from Christchurch to Auckland. Our connecting flight was with Qatar who obviously have different hand luggage requirements than Air NZ. However as we were trying to get through security and to note "we were the only ones passing through security". The male Aviation Security officer who was supposed to screen our bags refused to let us screen our bags stating we could only take 1 piece of luggage onto the aircraft. We explained that we were actually traveling internationally and had already called and confirmed with Qatar Airways that our carry on was acceptable however he insisted that he was unable to screen our bags as it wasn't the acceptable carry on allowance for the Air NZ flight. He stated we would have to check in our hand luggage so we returned downstairs by which time the flight was already closed and we were told by Air NZ staff it was ok to take our hand luggage and to board the plane. Upon returning to Av Sec, another Air NZ service agent who saw us talking with the agent who had checked us in had followed us up to the Aviation Security and as the Av Sec officer again began berating us and firmly insisting that we must leave behind all hand luggage with the exception of a laptop the Air NZ service agent began to join in stating "Either you leave everything except your laptop behind or you are going to miss your flight". Even with my pregnant wife beginning to cry this continued on with being pressured to leave behind our hand luggage except a laptop each and my wife's wedding dress with the Av Sec officer continuing to raise his voice and at one point even throwing plastic security tray towards me and in a raised and angry tone stating "Don't you know laptops have to be placed inside the trays!". After some minutes of this the Air NZ service agent realized that such actions of herself and the Av Sec officer we beginning to escalate too much and reminded the Av Sec officer that he wasn't allowed to be throwing the plastic security trays around and to be careful in front of the other staff. At this point after throwing out some items from our carry on we were finally allowed to place our carry on luggage through security.
1/10

✅ Trip Verified | No refund policy is disgusting. Have had flights with other airlines cancelled due to covid & have received refunds without a problem. No chance I’ll be able to travel to NZ in the next 12 months either but apparently that’s not a good enough reason. Told to just sell the credits. Cost of flights were already exceeding pre covid flights drastically & with all the advertising they had been doing of late you’d think they’d have some kind of courtesy. Hard to contact & just plain rude when you do. Will not be booking with them ever again.
1 to 10 of 722 Reviews