Not Verified | Mauritius to London Heathrow with Air Mauritius. Efficient check in once computer problems solved. Flight ok, seat uncomfortable as with all economy class. No regular water supply despite dehydration risk. Very good overall, will definitely use again with knowledge gained. Much much better than BA. Like the service, like the staff, need to expand film choices out and back. Music could be better.
2/10

"we tried to be compensated"

✅ Trip Verified | London to Mauritius in March 2019. Flight was cancelled last minute and we took off only the next day. We lost a full day and when we tried to be compensated, no answer it took 4 months before they came back to me saying I'm sorry we can do anything but next time you can have access to the salon. I was business class so I always have access to the salon and priority check in and I won't go back there. Food was average, comfort below average. The only positive was the service on board.
7/10

"I was pleasantly surprised"

✅ Trip Verified | On May 20th me and my partner flew from Amsterdam to Mauritius on board one of the A340s of Air Mauritius (Economy class). I’ve read some bad reviews about the airline and its aging A340s, but I was pleasently surprised actually. The flight departed on time, and the loadfactor was around 70-80 percent. The legroom was sufficient, and the seats were comfortable with a nice headrest en decent recline. Even when the person in front of me reclined the seat I didn’t feel cramped. The only downside was the lack of IFE, as around half of the PTVs on board weren’t working. The cabin crew was very friendly and professional. Both meals were tasty (dinner and breakfast), but were a bit small. As I slept most of the flight I’m not sure how the service between the meals was. Conclusion; I was surprised by the quality of the flight, and it will be even better when the A340s are finally upgraded (set the be done later in 2019). 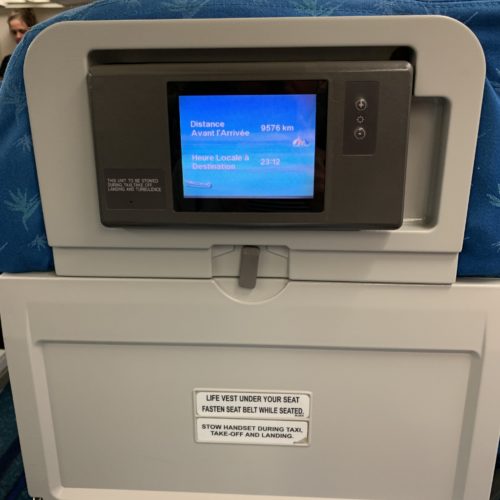 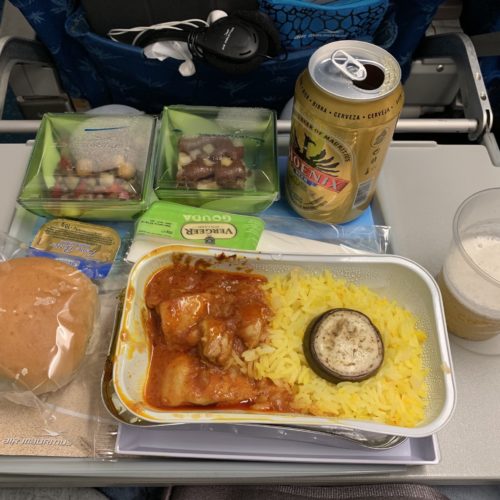 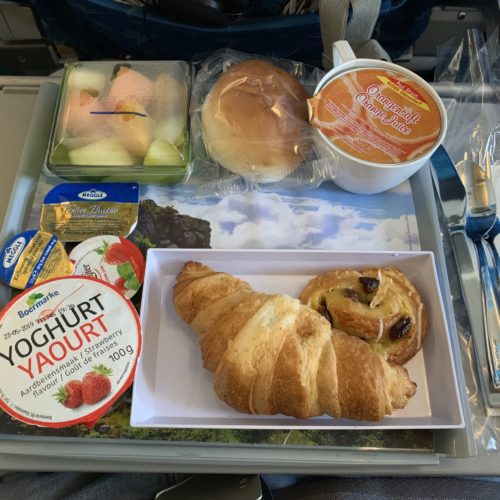 ✅ Trip Verified | Cape Town to Mauritius return. Both flights very good in terms of cabin service, friendly engaging and polite crews, food OK (ex CPT) to good (ex MRU), plentiful drinks rounds, seat space, VOD quality (although very small screens). Both flights on time, quick baggage retrieval on arrival and a breeze through immigration + customs in both CPT and MRU. Would definitely fly Air Mauritius again and glad to have paid a little additional fare for non-stop flights rather than transferring via JNB.
2/10

✅ Trip Verified | Kuala Lumpur to Mauritius via Singapore. This is a 'trying' airline. They try, but they don't quite get it right. I had 4 flights with Air Mauritius. 1 was cancelled without notifying me and then rebooked for a departure a day later, another delayed by 3 hours and the aircraft substituted with a smaller plane. As a result of the plane substitution, all pre-arranged seating allocations were scrubbed and worse seats allocated instead. The inflight entertainment didn't work and to top it off, my partner and I were asked by the purser to move so a 10 year old boy could sit in a very slightly different configured seat with his mother to the one that they had been allocated. No other passengers were asked to move. Ground crew and on board crew carried out their jobs in a perfunctory and robotic manner, going through the motions, but not really caring at all. The inflight fish curry meal was good. The web site provides limited and misleading (or no relevant information at all) particularly in relation to updated seating maps and airline lounge arrangements.. When I called the Service Centre I was told that when I arrived in transit from Australia into Kular Lumpur on an Air Mauritius code share I would have to collect my baggage and recheck it in. This was incorrect, as was the information I was told as to which airline lounge to use. All first world problems I suppose... and perhaps not the biggest of issues for an airline from the third world. Service was passable and safety good, but nothing more and cannot be recommended. One of my flights was on an A340 which was looking very dated, particularly from an inflight entertainment (tiny screen) and seat comfort perspective (rigid, won and uncomfortable). I would definitely avoid that type of aircraft on a long route.
2/10

✅ Trip Verified | Shame on you Air Mauritius: flight MU0843 (Mauritius to Cape Town) postponed twice without any explanation (technical issue means everything and anything) nor possibility to take another flight for South Africa the same day. Spent the night in a nightclub going motel and forced to cancel all my meetings for today. When we ask for partial refund of the tickets we get the following answer "it’s not company policy". Be careful people before booking with Air Mauritius
2/10

✅ Trip Verified | London to Mauritius. The worst flight, we was flying as family. Seats was so small, 38C, D E. Aircraft was so old, it had ashtrays there? My husband was moved to other seat after we told staff about his DVT, but they only acted after we decided to get off from this plain. Seat was so small I actually ended up standing for half of the flight because if person in from of me reclined his chair and I couldn’t seat move my knees was trapped. It’s was so cold too, other people was cold too not just us. I hope air Mauritius will scrap this aircraft as soon as possible.
1/10

✅ Trip Verified | Singapore to Reunion via Mauritius. I've flown with Air Mauritius for more then 30 times but this was the worst experience. First there was no connecting flight from Singapore to Reunion, I was told to book a hotel in Mauritius and stay over night. Bad experience, the flight was delayed for 30mins, then an announcement was made that more information will be announced at 11am. My flight scheduled for 10am was cancelled but only at 1pm the announcement was made. How can one spend so much more money in Mauritius than the flight ticket itself.
9/10

Not Verified | Mauritius to Paris. We had flown the outward journey from Amsterdam on a KLM Boeing 787 and I had wanted the opportunity to fly in the A350 to have a personal comparison of the two aircraft. My wife and I were really pleased we had chosen the A350 for our return journey; it is more comfortable, stable, roomier and significantly quieter then the 787. I slept for five hours during the overnight journey from Mauritius having failed to sleep at all during the outward 787 journey, also overnight. So, thumbs up for the A350. The service throughout the return journey was excellent, from the staff at check-in to the lounge staff and the on-board staff. Food was excellent, the fish dish served at dinner every bit as good as any of the several fish meals I had enjoyed on the island. Well done Air Mauritius and well done the A350.
6/10

✅ Trip Verified | Johannesburg to mauritius on the A350-900 ,all were good except that my 7 years old daughter was not on the list for souvenirs as other kids on board were. My main concern is my return flight Jan 18 2019 on the A319. I’m a 90kgs guy and my nightmare started once the flight took off with the front passenger who decided its time to rest so she leaned her seat backwards. I was squeezed, even the magazines I couldn’t read as the space was very tight. Arrived the time for lunch,the hostess served her and didn’t inform her she need to put her seat back to its normal position, I’m the one you did it by tapping on her arm to please move forward so I can eat properly. She wasn’t very happy by me asking but I couldn’t care more as I paid to travel. I saw the hostess distributing a small backpack bag to the kids then again nothing for my daughter and I asked this time,what the criteria to qualify to receive? Was told my daughter wasn’t on the list. Second time no souvenirs. Was told they would post them to us but didn’t mention which year. Until today Sunday feb 03 there is no updates from Air Mauritius about it.
21 to 30 of 185 Reviews