✅ Trip Verified | Service was very good. Some minor problems but bearable as the price was close 1000 usd cheaper. The arm rest falling apart, choices on TV had 7 categories but only movies and TV options were working About 4 seats were not functioning. They blocked off those seats and accommodated the passengers in other available seats Staff was very attentive. Will travel again
8/10

✅ Trip Verified | Smooth experience, early morning flight from Delhi. Aircraft was almost empty, with capacity around 200 passengers of A321 it was having only 60 passengers. Requested by cabin crew to occupy emergency exit seat to fulfil the emergency protocol. Crew were courteous, flight was on time, seats of Air India economy is best of domestic carriers. They only served a sandwich, even that was not required.
7/10

✅ Trip Verified | Flown on an early morning Mumbai to Delhi flight. Departed on time and so was arrival. Air India is the only domestic airline which offers 20kg baggage allowance whereas rest all offers 15kg. Seat pitch of Air India is better than any other domestic airline. Cabin was clean and fresh but due to mishandling and mismanagement by previous management the seats are bit old, new management needs to refurbish now. Served good breakfast on the way, Staff were courteous and good service on board.
1/10

"We had the worst experience"

✅ Trip Verified | We had the worst experience flying with Air India. I was flying with my 12 year old son and I had hurt my knee and needed a wheel chair. The food was horrible on the flight. Tasteless food and our television set was not working. We were traveling 14 hours without a TV. The crew tried their level best to reset it but it just would not work. The ground staff at Delhi Airport was just horrible. They have a huge badge that says no tips but since he has to help me from international to Domestic and take my luggage from I decided I would pay him 1000 Rupees which I thought was a fair tip. But he started demanding more money and n dollars. His friends came there too asking what’s the matter. He told me that he took me their short cuts so he has to share the money thru the official thru. Wow Air India. Your officers don’t get paid that they loot us? Finally he settled for 60$. Why when all other air line employee or for that matter Air India ground staff in the USA won’t demand money why in India do they literally take advantage of you? Shameless. 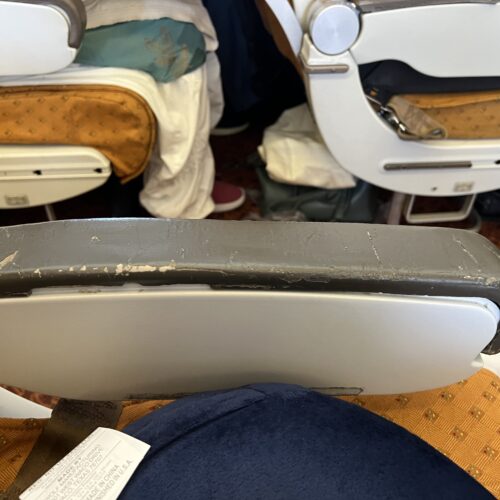 "The airline has improved"

✅ Trip Verified | The airline has improved in terms of great customer service, a courteous cabin crew, and excellent food and beverages served. We were travelling with an infant and the cabin crew were helpful and checking with us and provided all the assistance.
3/10

"aircraft seats were torn and dirty"

✅ Trip Verified | We flew economy to Delhi from Melbourne on Air India AI309 on 16 Sept 2022 in a Boeing 787-8. At check-in the staff wanted our vaccine certificate and Airseva app downloaded. This was not known whilst booking or was any email sent prior to the day of departure. This resulted in huge chaos at check-in as lot many didn’t know. The aircraft seats were torn, and dirty, and the handrest and other parts of the seat were held together with fraying masking tape. The cabin partitions and carpet were covered with grime. The flexible arm of the display wouldn’t stand up, and the wired remote was broken and temperamental. The Upma & Vada served for breakfast was undercooked and stale. The bread roll was cold and tough as a rubber pad. Food didn't get any better on the 12-hour flight. Snacks were meagre to non-existent. I have used public urinals, which are cleaner than the toilets on board. The in flight service and cleanliness on this route were much better before the change of ownership. 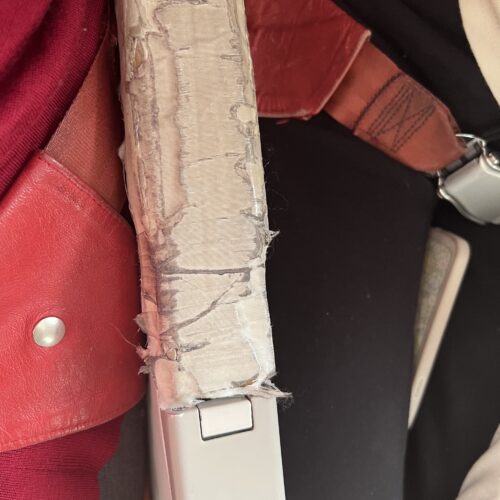 "supposedly too late for boarding"

Not Verified | I have been a frequent flier in Air India being a government employee, took a sigh of relief when it got privatised, which meant that I no longer had the compulsion to fly the same. However, against my better judgement I booked a flight from Delhi - Madurai via Chennai on 18 Sep. Reached the airport about an hr and thirty mins early as I was already travelling from Jammu. But due to the overall rush at the entrance and que, reached the counter 55 MINS prior to departure, but to my horror I was refused a ticket as the ‘Wonderful Server of Air India’ didn’t take web checkin and I was supposedly too late for boarding. The same was the case with four more passengers on same flight and even on the request of so many passengers, no body triers to hear the problem or help. the Manager was rude to the hapless passengers.
1/10

Not Verified | The worst airline I have ever experienced. The ground staff is very rude. And most of the time the In Flight Entertainment doesn't work. The call button in the flight doesn't work, it took me 20 minutes to call a flight attendant. The food is horrible. The seats are very unhygienic, the tray table is also very dirty. After arriving on the airport, it took 30 minutes just for the first bag to come, and when I received mine, it was a bit damaged from the side. Terrible airline, won't fly Air India again.
6/10

✅ Trip Verified | The fare was booked at a cheaper fare which was good. The check in process and the ground staff was also good. The boarding started on time. However my experience related to the food and catering has been the opposite. Seems Air India has dropped the ball with regards to the food on board. Previously before it got privatized, they used to provide a full breakfast with tea / coffee as part of it's morning service. This time when I traveled post the takeover, instead of the breakfast, all we got was a sandwich. No beverages at all. Air India's food and catering was always it's strong point even before it got privatized (along with seat pitch and baggage allowance). But it seems that the new ownership is interested in cutting costs and then marketing this as as some sort of "innovation" to the gullible flying public. There are so many other aspects of the airline that need to be improved. Instead what the owners have done is turned a strength into a weakness.
1/10

"Worst flight I ever had"

Not Verified | Worst flight I ever had. I paid money and they even did not provide basic needs. TV was there and it wasn't working, and you can understand how I feel that for a long flight. I asked cabin crews for few things and honestly speaking, restaurant staffs are way more better than them. They were too rude and I became really scared to ask even for a glass of water. Guys, please, we are spending too much money on this airline atleast provide what we deserve. Please do train your staff, please make sure things are working, it is a request.
1 to 10 of 980 Reviews