"last ever experience of Air Arabia"

✅ Verified Review | I was flying from Colombo to Bahrain via Sharjah with my 8 weeks pregnant wife. Firstly, the flight from Colombo to Sharjah was delayed for about 4 hours which led in missing the connecting flight to Bahrain. Any normal airline would at least provide passenger with correct information. At Sharjah airport (which is another part of terrible story), none of the staff had clear information. The pathetic level of customer care was seen particularly by "Help Desk". I was even given an answer by staff on the desk upon asking when is the next flight "any when!!". There was nobody present at the desk to reserve us a Hotel even. After going around like headless chickens, I found out that the flight would be in the same evening at 5:50pm. I was told that no need to get new boarding pass you will fly on the same boarding pass. At around 5pm, after sitting on chairs at Sharjah airport in miserable and uncomfortable environment, I was given another news. That the flight is actually full and we will be given 2nd priority if the passengers from connecting flight miss this connection. I even noticed that there were passengers who bought this flight on same day, were told by the staff to just "wait and we will call you" meaning they were not let to stand in the queue for boarding. This clearly shows the mentality of the airlines where they have made their money and let the poor people be as stand by. After me literally begging the boarding assistant and explaining him my wife situation, he let us go on the plane and luckily, our luggage was also gone through to be on the plane. I appreciate the help of the guys, but this should not have happened in the first place. It was not my fault that the flight was delayed from Colombo. Even the pilot admitted that it was out of their hands. At least offer us a free meal for goodness sake! The general views of public about airline and Sharjah Airport were quite obviously true. Also, the aircraft is not up to the scratch with other competing airlines in region like Gulf, Oman, Saudia etc. There is clearly a hopeless attitude prevailing throughout this airline management. My first and last ever experience of Air Arabia! I hope I get a refund because I am happy to prove each and every incident that happened in this episode.
1/10

"what a miserable experience"

✅ Verified Review | Tehran to Sharjah. The flight was supposed to leave Tehran at 2:30pm but left at 11:00pm. a different conflicting reasons were given (in Arabic only) including technical problems...etc. Only until we got on the plane did the pilot told us that the fog in Sharjah was the problem. Instead of landing in Sharjah, we landed in Al-Fujairah, 80km away in the UAE. We were not allowed to leave the plane for couple of hours until they released us to the transit lounge which was holding the passengers of another 7 planes. We were not allowed to leave the airport under different excuses. However, UAE nationals were permitted! We had to remain in the transit (literally a barn) for more than 8 hours. Throughout the entire ordeal, there was not a single Air Arabia agent that we could talk to. Bottom line, instead of arriving at 5:30pm, we arrived around 1pm the following day. The airline is very cheap and they will cut cost at the cost of anything happening to the customers. To add insult to injury, after all this ordeal, they would charge you to eat or drink on the plane. Please make sure you don't every give them your business. Pay extra to have a peace of mind and not ruin either you family reunion or your business trip. Interestingly, I learned later that the experience I had was not unique and what happened to us happened earlier and possibly part of a pattern to cut cost (avoiding hotel accommodations or landing at Dubai airport which cost higher landing fees.) The attached photo shows the passengers streaming onto the tarmac and not being allowed to go anywhere. What a miserable experience. 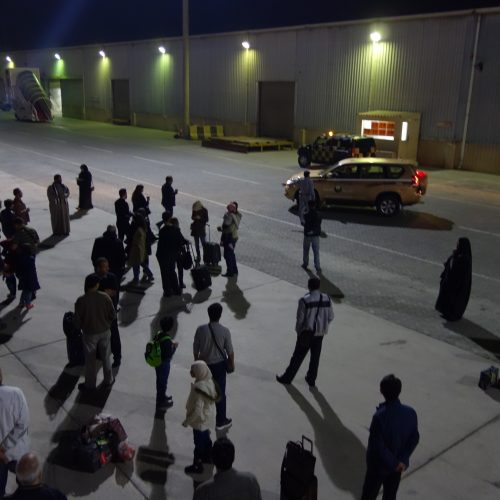 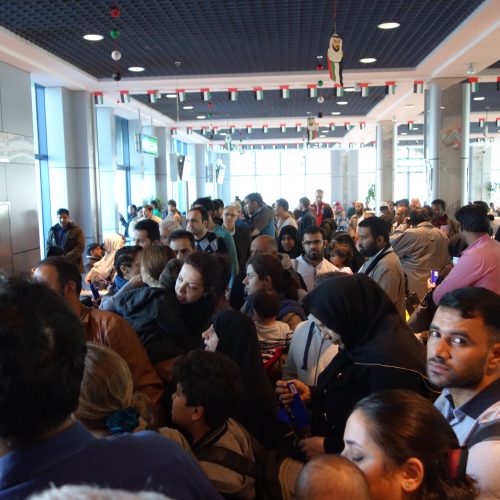 ✅ Verified Review | Alexandria to Sharjah. This is the message that I recieved from the airline on the travel day itself on Dec 31st, 2016 where all airlines are busy. "Air Arabia Customer, Your flight G9600 on Sat, 31 Dec 2016 19:45 HBE/SHJ is cancelled. For further info call 0097165580000." And they left us without any other alternative, and since we booked online by card, the payment will be refunded to card again and so we have the flight budget trapped with them unless we have extra money kept aside for booking a better airline. We will never use this airline again, we can never rely on this level of reliability.
1/10

Ras al Khaimah to Peshawar with Air Arabia. Worst experience. First flight was delayed for 5 hours. My return flight was cancelled for no reason without any prior notice. Very poor customer service. Was my first time flying with Air Arabia and will be my last. Would not recommend.
2/10

✅ Verified Review | Multan to Dubai.The flight was supposed to leave at 10:40am from Multan, Pakistan but it took the whole day till 9pm in the evening waiting for our flight to arrive, without any proper information from Air Arabia as to why is the flight been delayed and what actions being taken. They never tell us if it will be canceled or just been delayed. The staff cannot even give any details from Air Arabia from Sharjah in UAE as to whether they will be sending the plane to Pakistan or not. We tried to contact the Air Arabia Sharjah landline and customer service but to no avail.The line is not being attended and only automated reply is what you get everytime you ring them. Air Arabia cannot take care of their passengers. The delays caused us a lot of trouble at work and stress to our family and friends.
5/10

✅ Verified Review | Sharjah to Chittagong with Air Arabia. Good value for money. Well maintained schedule. Good offers every week. Check in very slow in Sharjah. Seat not comfortable. 1 of the cabin toilets is restricted by cabin crews. As such, there is always a long queue.
10/10

✅ Verified Review | Sharjah to Bahrain with Air Arabia. The best economy class legroom in a low cost concept I have experienced. Flight attendants very professional, friendly and smiling. Boarding smooth quick and easy. Catering on board reasonably priced. For a low cost airline everything was impeccable. I was with my family and we were very satisfied. I will consider flying again with Air Arabia.
5/10

"offers the best value for money"

✅ Verified Review | I flew from Chittagong to Jedddah via Sharjah and return with Air Arabia. All the 4 flights were nice and comfortable. The seats offered great legroom which is 32 inches. The cabin crews were very friendly and helpful. However the food quality was average. You have to book your meal with the ticket or you have to purchase it on board. Overall I think Air Arabia offers the best value for money.
9/10

Tangier to Amsterdam, and Air Arabia Maroc is a very decent airline. Delays with any airline in North Africa are common and therefore I have no big reason to complain. Service onboard is as good as any other and with kindness to the crew who is serving you, smiles and respect goes both ways. Had to pay for food and drinks but it is not a big deal. Prices are fair in comparison with some of the bigger low cost airlines. I hop on Air Arabia Maroc very frequent and my experiences with them have always been good. 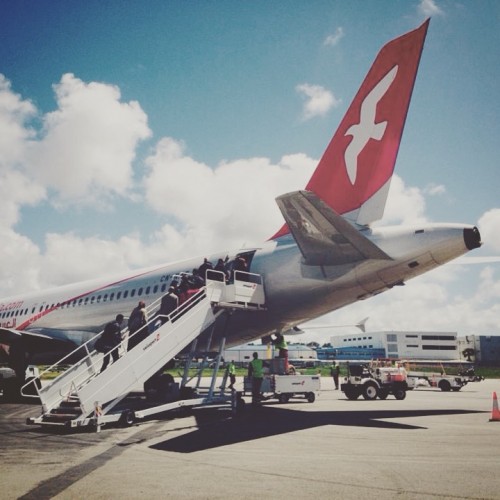 I travelled Air Arabia from Delhi to Sharjah, and Sharjah to Doha, flying on an A320. It was not so nice because no food is served, and there is no personal tv. One thing that is nice on Air Arabia is that the seats offer good legroom with a 32 inch seat pitch.
71 to 80 of 111 Reviews