"150 USD per person because we are not Ecuadorian"

✅ Trip Verified | The worst airline I have ever traveled with. They asked for additional 150 USD per person on the check-in counter, just because we are not Ecuadorian. This was never stated on the app where I purchased my ticket. It is apparently stated in a very small box when you buy a ticket their website. The check-in lady even refused to give our passports back until we pay the 150 USD fee. The food on the plane is the bare minimum, some salty crackers and water.
1/10

✅ Trip Verified | On February 18th I purchased 2 return tickets from Quito to Baltra Galapagos (March 18-March 23) - direct from kayak.com to Avianca. Tickets were purchased for $216.85 each plus seats plus luggage. We took our flight from Quito to Baltra with no issues, no remarks, no comments from anyone. Since there was no proper internet on Santa Cruz, we could not check online. When we showed up at the airport 2.5 hours before the flight we were told that there is a $150 foreigner penalty per passenger and if we do not pay it, we will not fly. This was not mentioned anywhere on the website, just told to us by the agent and airport manager. Additionally we were required to pay $10 for airport check-in per passenger. The passengers who managed to check-in online did not have to pay this "penalty". We felt it was totally unfair and selective.
2/10

"Avianca had cancelled his booking"

✅ Trip Verified | I have purchased a ticket for my Employee after a log day of work in Guayaquil, Emilio went to the airport to catch the flight GYE-UIO, Avianca had cancelled his booking. Since I paid this ticket with my USA Citi Master card I had to call my bank and by surprise the customer service at Citi said that Avianca had cancelled. As soon as I hanged up I called Avianca and I was told that my bank cancelled so totally unprofessional.
2/10

"lax in regards to cleanliness"

Not Verified | Our family of three adults flew from Quito through El Salvador to Los Angeles on November 20th, 2019. I have a few concerns about this airline. The crew on Flight 522 from El Salvador to LAX was very lax in regards to cleanliness and safety. It was a five-hour flight. The other passengers must not have been able to read Spanish/English because they piled their used toilet paper around the toilets in the lavatory. If this is an ongoing problem the airline crew should make a verbal announcement to avoid this health hazard. 2. The crew failed to have passengers put their seats in an upright position for landing. 3. The crew failed to have passengers put their trays and belongings up for landing. If we would have encountered a problem during landing objects would have been flying all over the place. 4. At baggage claim in LAX, my piece of luggage came out wrapped in plastic. We had to rush through customs to make a Southwest Airlines connection. Upon getting to their check-in we attempted to unwrap the luggage. My bag was soaked through. We stopped and documented with pictures what we observed and I placed a call to Avianca, before boarding, to file a claim. I then followed that up by filing Avianca's form and attaching all pictures clearly documenting what had been done to the luggage and it's contents. Once we got home, my husband, unpacked the bag in the garage and all damaged items were photographed and put in the outdoor trash. Today 12/14/19 Avianca responded by email and basically takes no responsibility for your luggage while it is in their care. We hope to warn others that this airline unethical and has safety issues. 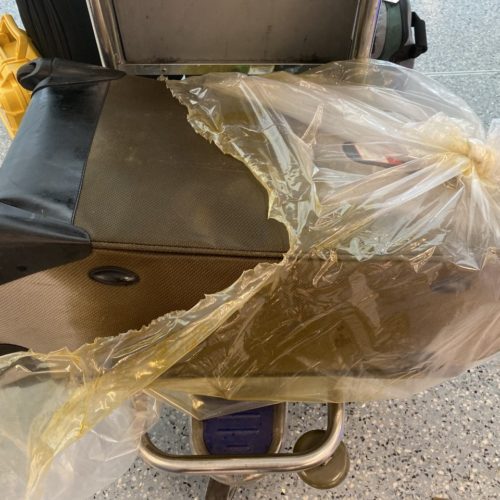 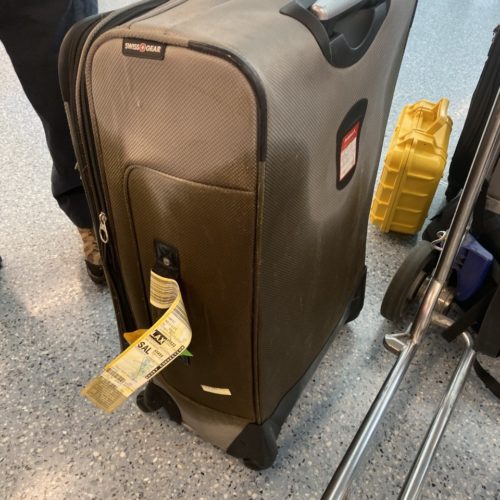 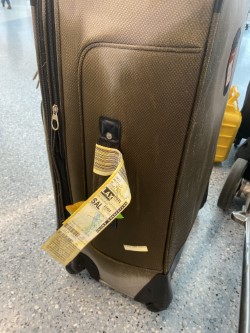 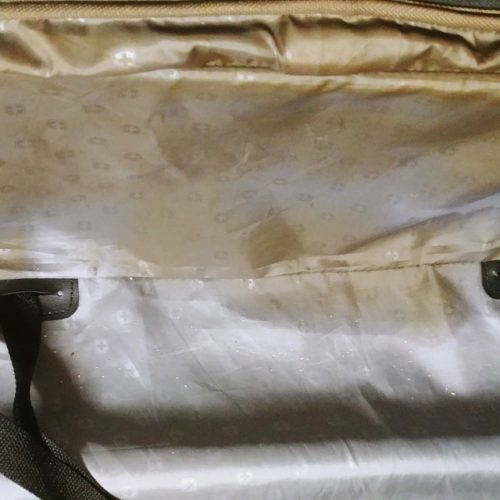 New York JFK to Quito via Bogota. Absolutely horrible experience. I am 72 years old. I had a nose bleed due to dry air and sensitive sinuses a little while after boarding. I asked for a tissue and was handed a bit of toilet paper. It wasn't enough so I asked for more. I was given a bit more toilet paper. I later asked for water and was told that there was nothing but cola available. I asked if there was hot tea and was told rudely that there is only coffee. It doesn't make any sense for there not to be water on a flight. On top of everything, one of my checked bags was opened and 5 articles of clothing were missing. I flew JFK to Quito.
1/10

✅ Trip Verified | Quito to Baltra. Flight was cancelled less than a week probably because not enough passengers. I was then offered a new flight with an ungodly hour with a departure time of 06:45 and with an added stopover in Guayaquil. The worst part of it was calling customer service. It took them literally 2 hours on the phone to find an explanation for the cancellation with by the way was never clear. At some point, the customer representative told me I was entitled to a compensation in the form of a class upgrade to finally deny it after 2 wasted hours on the phone. By all means use an alternative airline. Worst customer service.
3/10

✅ Trip Verified | Medellin to Curacao via Bogota. Horrible experience with Avianca Ecuador! Flight from Curacao to Bogota was delayed by 1+ hour due to "Operational difficulties" causing us to miss our connecting flight from Bogota to Medellin. In this case Avianca Colombia was very helpful in adding us to another flight (next day departure) and getting us a hotel for the night. Return flight from Bogota to Curacao was again with Avianca Ecuador and the flight was delayed due to "Operational difficulties", this time for 4.5 hours! I think, it is unacceptable that a big airline like Avianca, which is a Star Alliance member to be having long delays due to "Operational difficulties". There are way bigger airlines that are doing a much better job than this. I checked on Flightradar and you can see that Avianca flights on this route Curacao-Bogota, Bogota-Curacao are consistently delayed by 1-4 hours. It is just unacceptable!
1/10

"refused to take any responsibility"

Manta to Quito with Avianca Ecuador. Horrible experience! Our flight was delayed by 7 hours without any explanation. We missed all our connecting flights and Avianca refused to take any responsibility for our problems. We were forced to pay for 2 nights in a hotel + new tickets fees out of our own pocket. I have never seen such a lack of care and respect for customers, will definitely file a complaint once we get home. Never again! 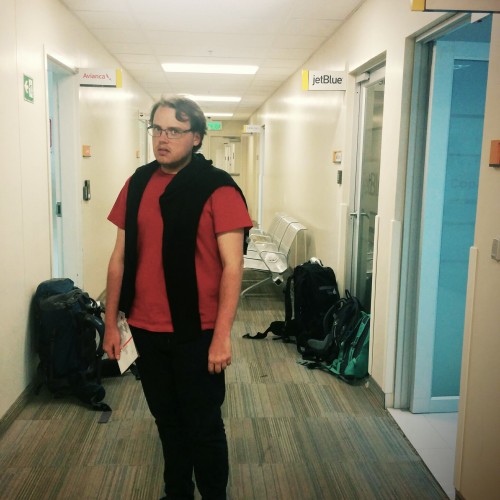 ✅ Verified Review | Worst flight experience to date. We booked a 7.15am flight with Avianca Ecuador from Quito to Manta which was delayed at the gate by one hour. After an hour and a half, no word was given about the status other than the plane left (without passengers). As angry passengers congregated at the gate, the agents informed everyone to return at 12 for a 1.30 flight. We did so, yet did not see agents until 2.30. No word about our flight or when it would depart. Despite waking up at 4.30am to arrive for such an early flight, and still waiting at 3pm, my husband and I have now lost a day of a 3 day weekend with nothing other than a $20 voucher which we cannot use online and do not anticipate ever using. Apparently TAME had a 7.05 flight the same day and it departed and arrived without issue. Absolutely terrible service. 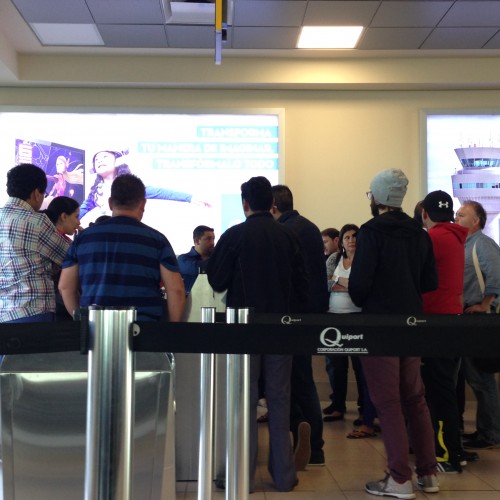 I was flying Medellin-Bogota, Bogota-San Jose, flights AV 9737 and AV 690, and without receiving any type of communication (cell ph, e-mail, text message) when I got to the airport I was informed that the flight was cancelled because El Dorado airport in Bogota was closed (independence day celebration). They lied when they said that the airport was closed because 5-10 minutes after the scheduled departure time for my flight, two flights, one from Avianca and the other from LAN, flew from Medellin to Bogota. My itinerary was re-routed through Bogota, San Salvador and finally to San Jose, Costa Rica arriving there around 10 pm. When I mentioned that I had to arrive early because I had a meeting and that they should get a ticket for me with Copa, through Panama, they said that they were not going to do it. Not much explanation given to me. When I complained to the supervisor about the situation, she asked me if I had my Yellow Fever vaccination certificate available. I had already checked in and no one from Avianca asked me for this vaccine, but she was the only one that asked me this question. The idea was to punish me for complaining and for trying to get a ticket with Copa. It looks like they are not used to passengers complaining about the service. Fortunately I had my vaccination certificate and was able to take the plane. Another thing that happened to me that demonstrates how disorganized Avianca is, was that when I made a route change two days before taking the flight, Avianca charged me for the departure fee from Colombia (I’m a US citizen), even though I didn’t have to pay for it. They return the money at the airport before taking the flight. In spite of flying for more than 25 years to Latin America and accumulating more than 3 million miles, I haven’t traveled with Avianca extensively. After this experience I’ll do my best not to use this airline again. I typically don’t write reviews on airline services, but I think that the treatment that I received was so outrageous that I have to share this experience with the public.
1 to 10 of 23 Reviews